Always the organiser, never the bride!

That is the tune Rebekah O’Connor was singing in her role as event manager at Wynnum Golf Club until one day, she had a wedding of her very own to plan. “For the past five years I have been an event manager and have organised over 300 weddings for other brides,” the 26-year-old explains. “Finally it was my turn.”

She married police officer Douglas Roberts, 31, on April 11, 2015 with a vintage wedding at Queensland’s Mount Tamborine. The pair met in Darwin where Doug was patrolling the Mindle Beach Markets with colleagues. “Out of a crowd of thousands our eyes met and he gave me a cheeky wink and smile,” smiles Rebekah. “My brother wrote my number down and handed it to him in front of a large group of officers. From that day on we were inseparable.”

The bride and groom chose Coolibah Downs for their ceremony and Cedar Creek Lodges for their reception. “We had pre-dinner canapés on a large deck over the rainforest with putt putt as an activity. We had a choreographed first dance on our main entrance as a surprise.” 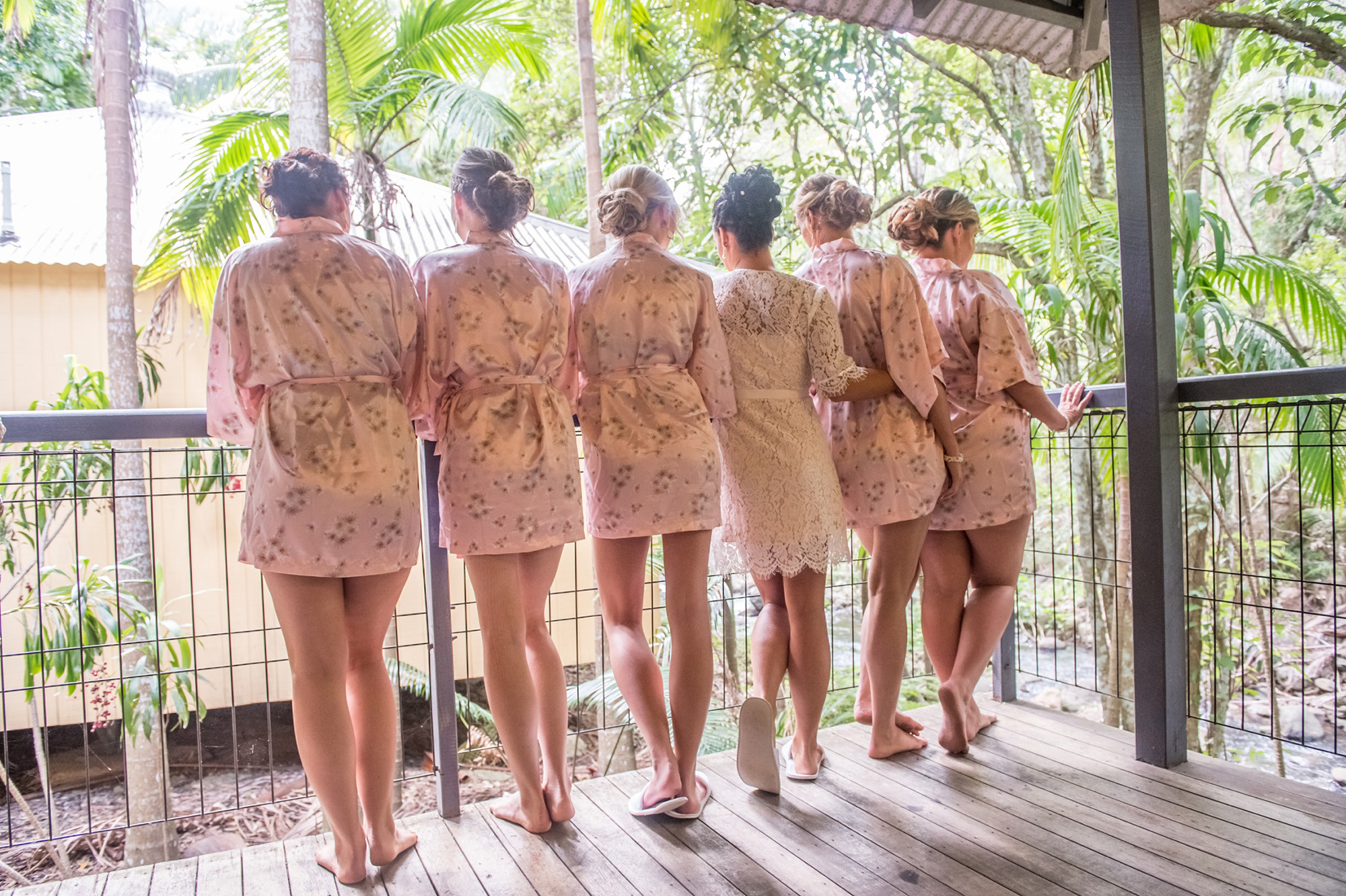 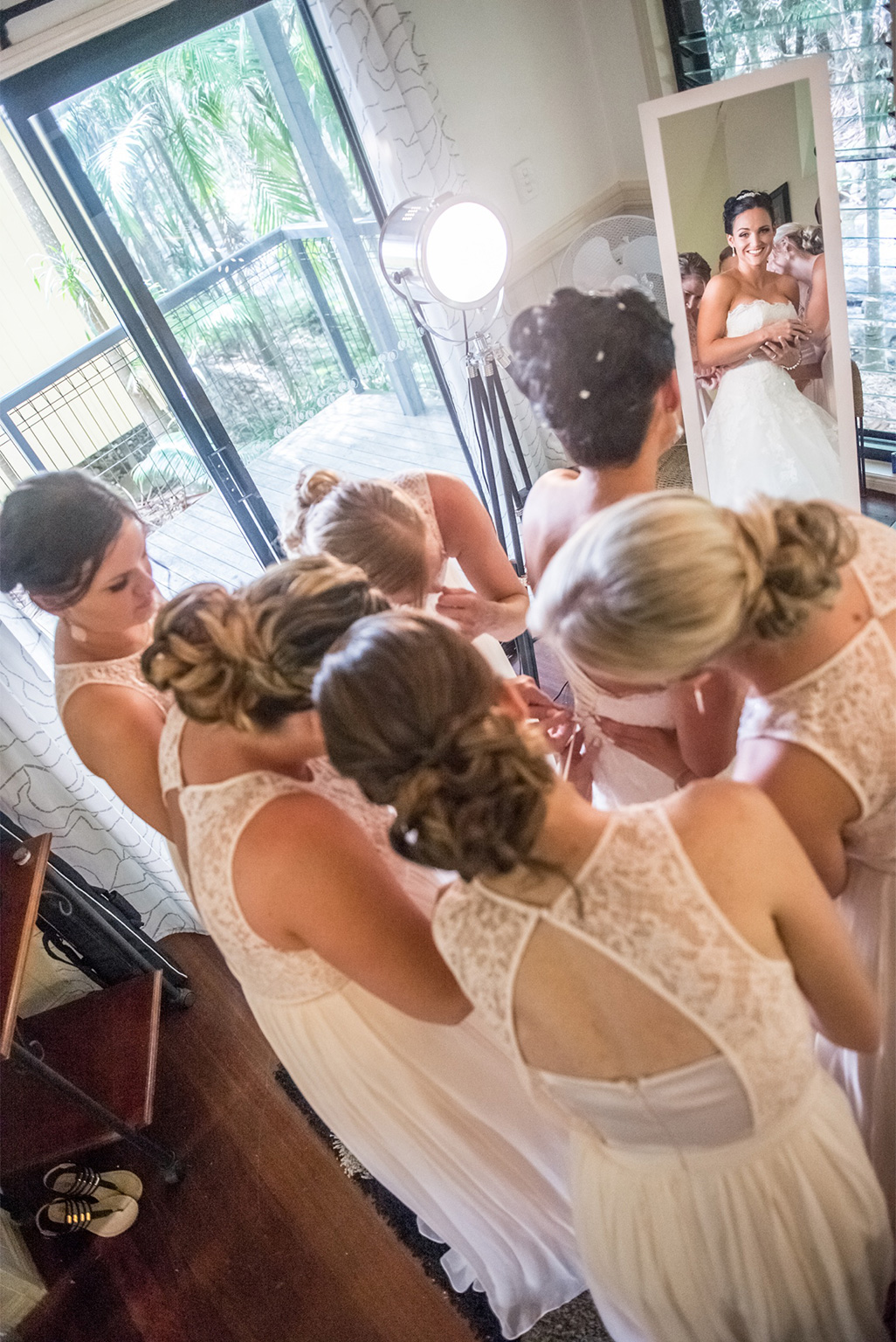 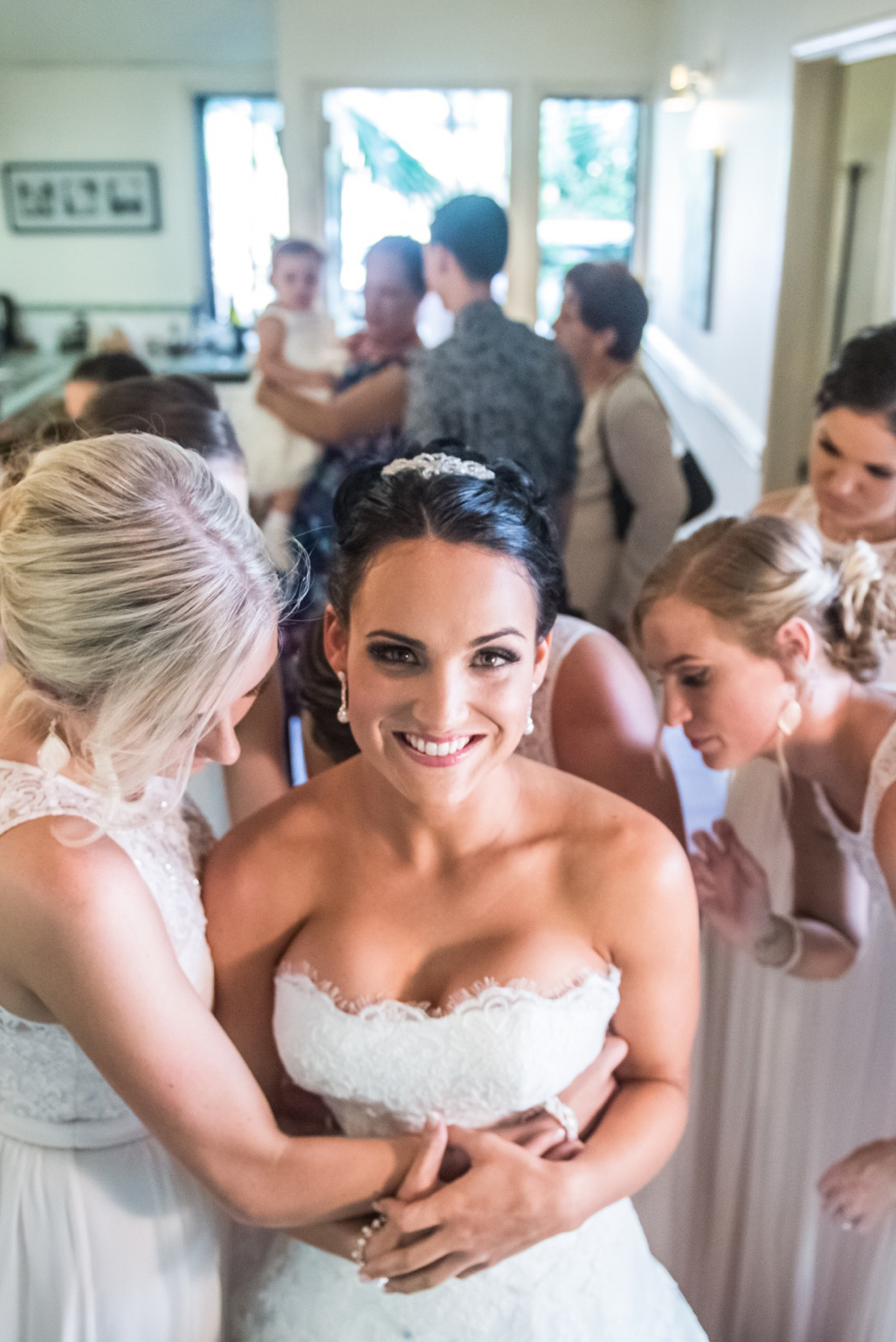 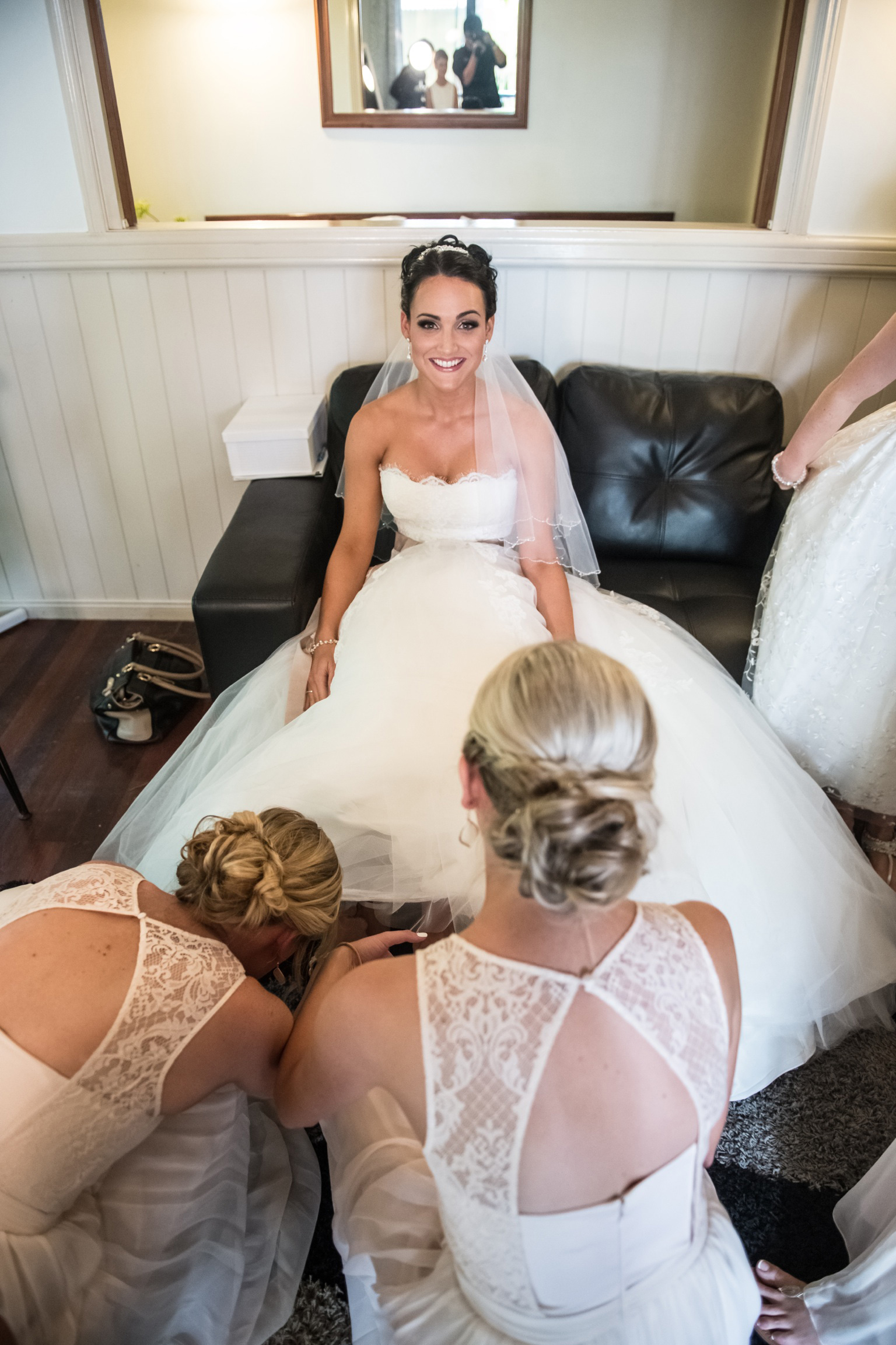 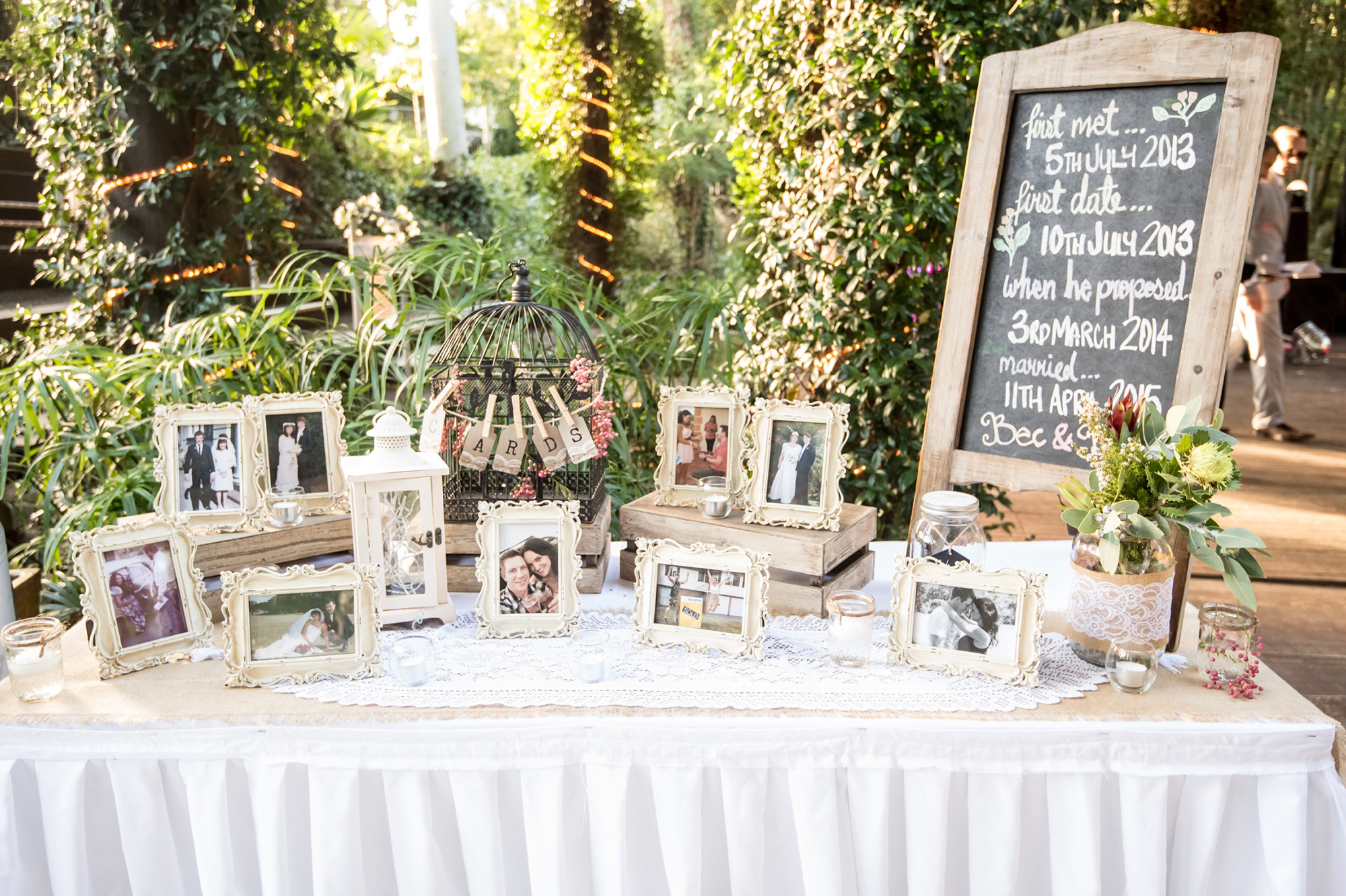 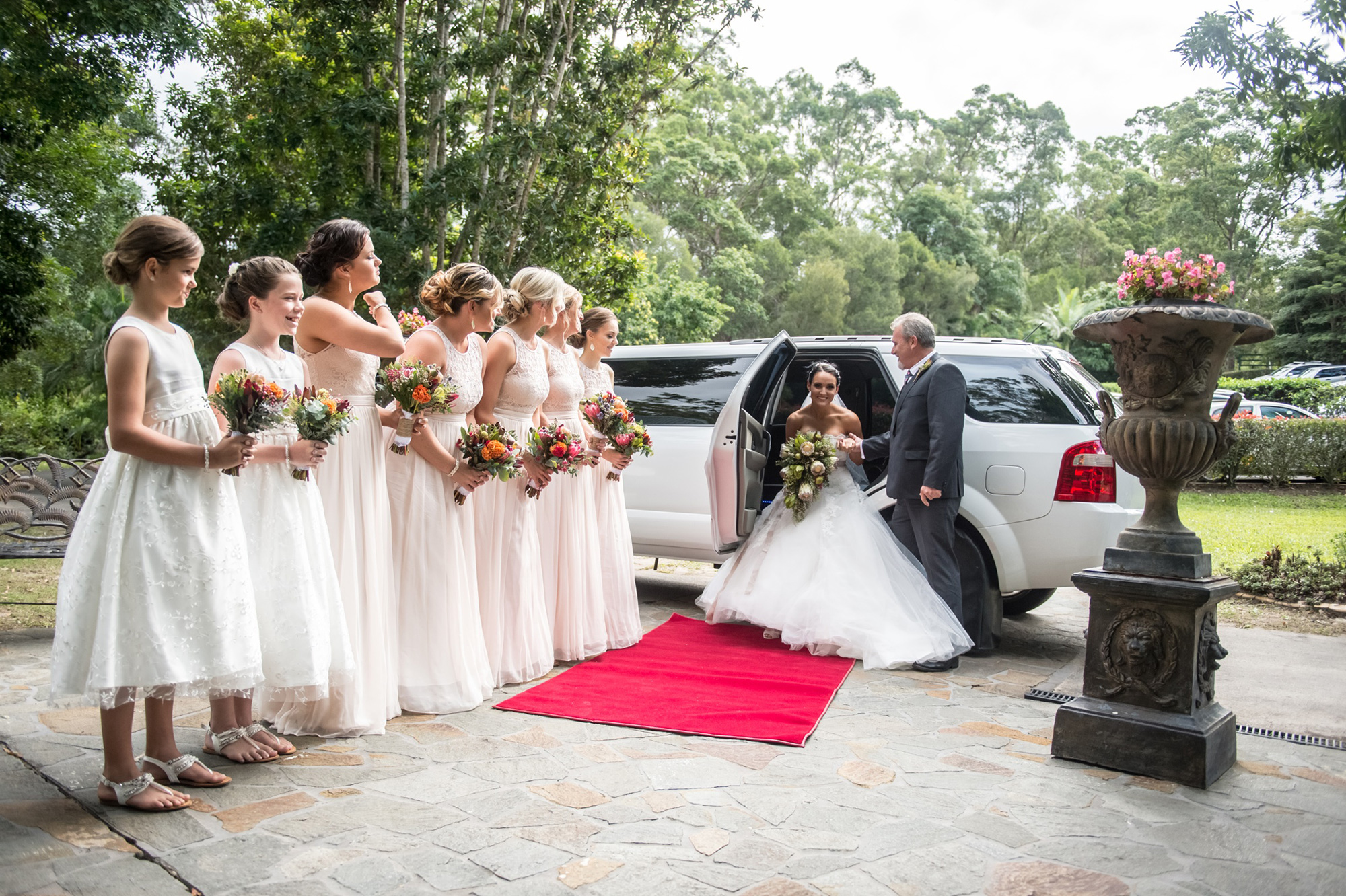 Rebekah’s bridesmaids were dressed in a soft mushroom pink by Forever New. 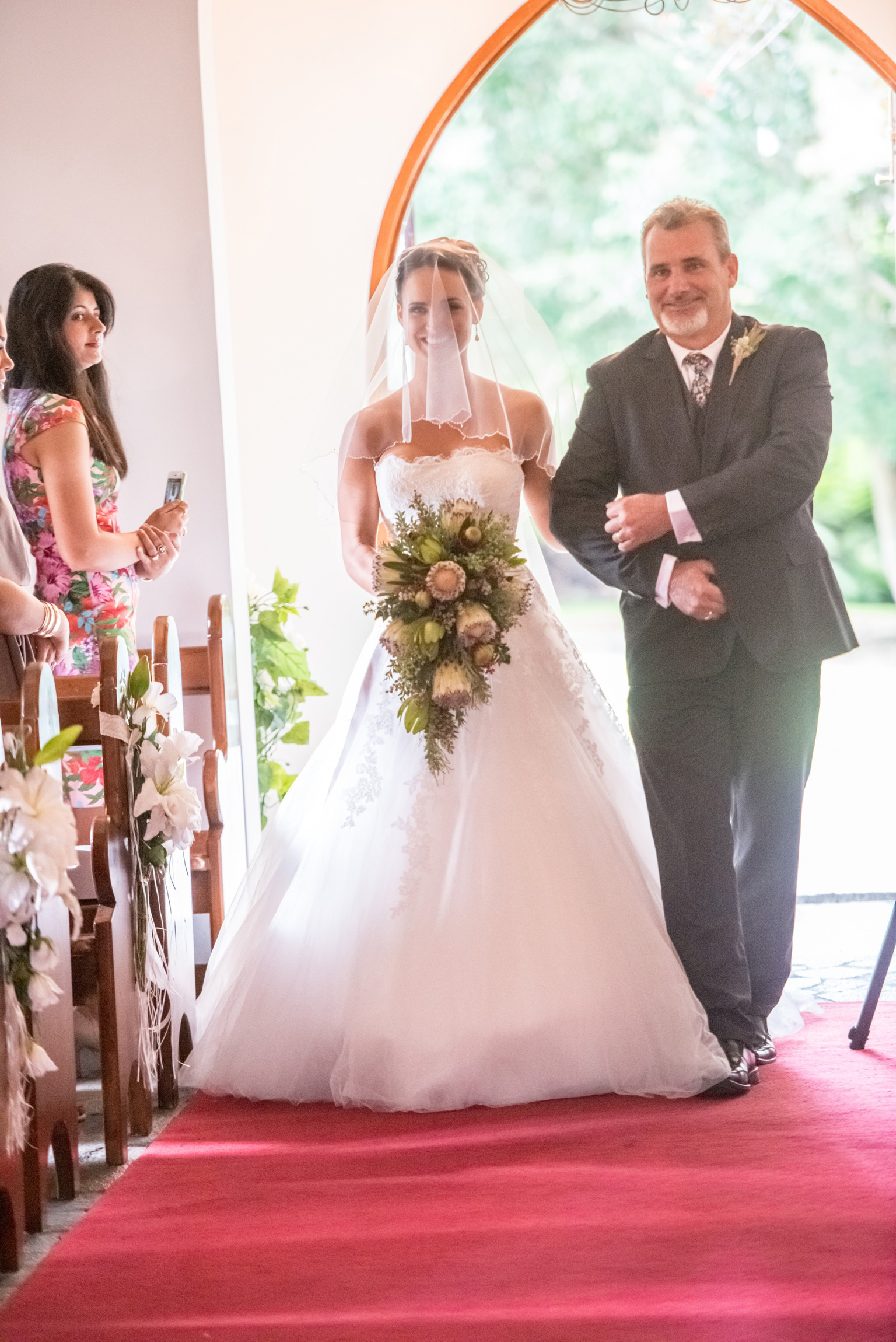 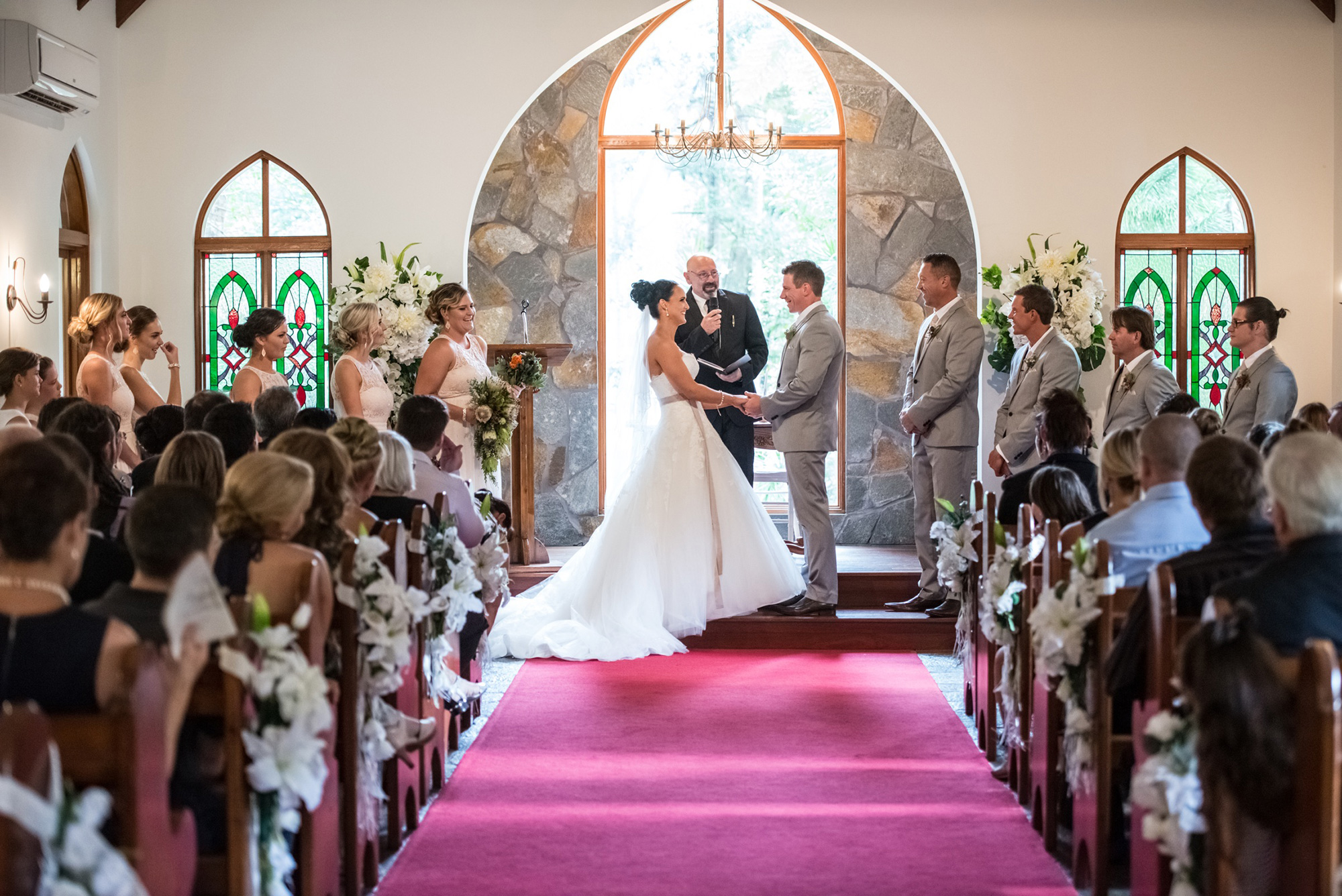 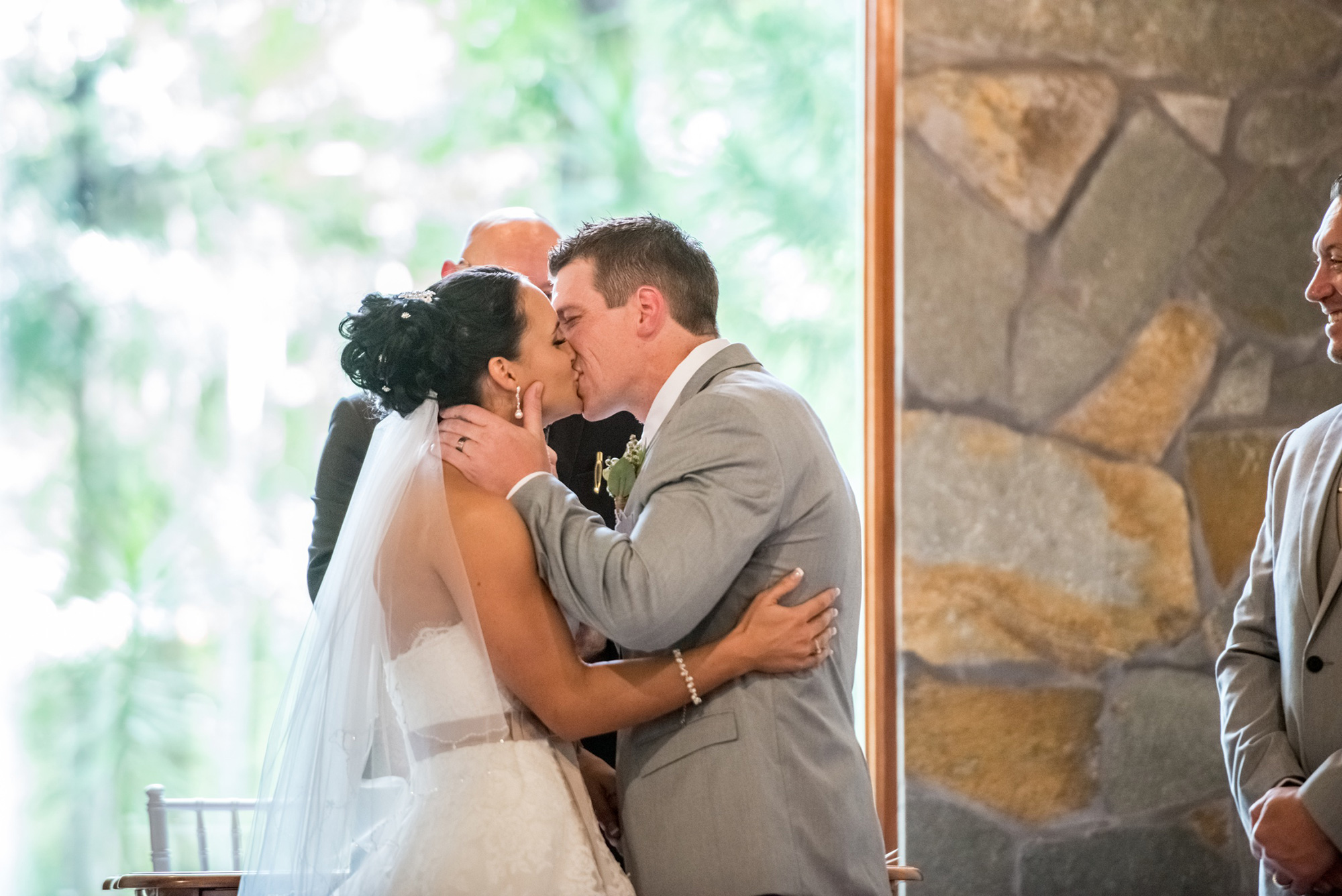 The couple released doves after their ceremony. 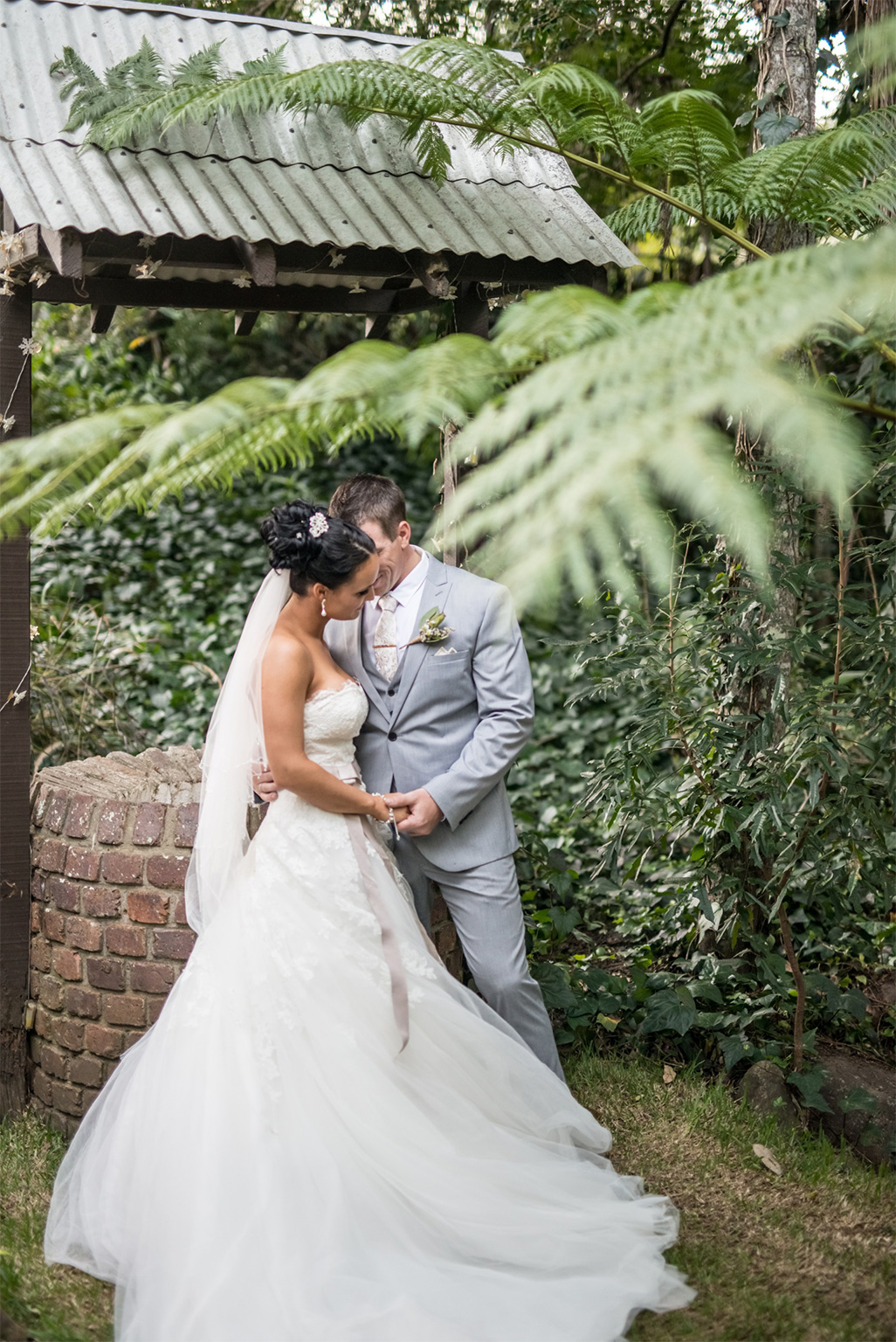 The bride looked gorgeous in her Maggie Sottero princess-style gown. The couple’s unique wedding cake creation was by The Cheesecake Shop.