Planning a wedding in Adelaide, SA and stuck for inspiration? Here are 5 of our favourite Adelaide weddings featured in our Real Weddings section, complete with what suppliers the newlyweds used so you can create something just as incredible for your big day! 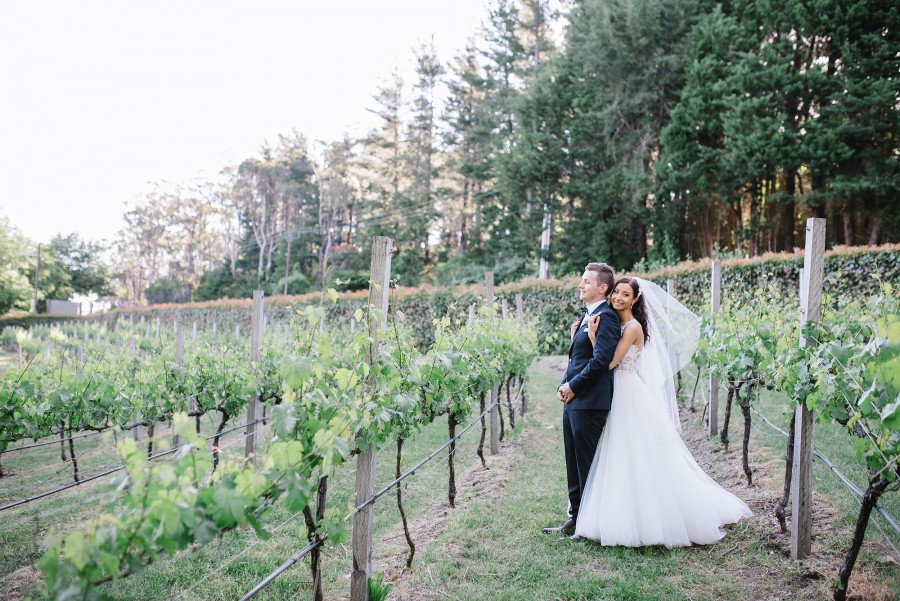 Captured by Lucinda May Photography, Renae and Ben said ‘I do’ among 87 guests at their romantic garden wedding held at Mount Lofty House in South Australia. The location was of sentimental value, overlooking Piccadilly Valley where Renae and Ben had also shared their first kiss, and where Ben had proposed.

“We made our day all about our friends and family. We personalised the ceremony so it was sentimental and meaningful to everyone around us. And we chose to have little formalities at the reception so we could spend the time celebrating with our closet family and friends,” says Renae. 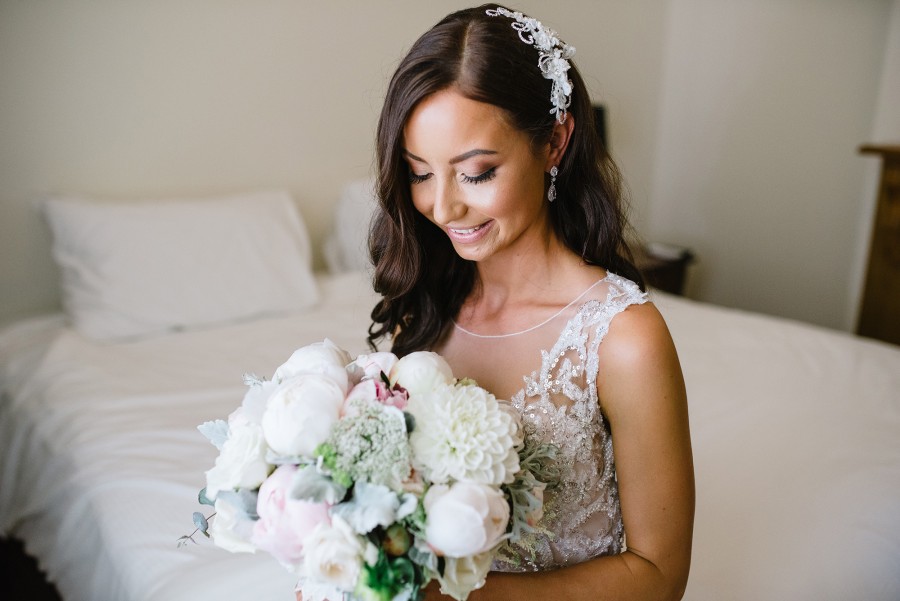 Renae’s gorgeous ballerina-inspired Wtoo by Watters gown, sourced from Jenny & Gerry’s Bridal Centre, was nothing like she’d imagined herself in! “I expected a fitted dress with delicate lace and a long train – and ended up with the opposite!”

Renae completed her bridal look with help from professional make up artist Danika Maree. “Danika takes so much pride in her work and it really shines through. I was blown away.”

Ben and his groomsmen looked impeccable in their Peter Shearer suits. While Ben completed his look with a black bow tie, his groosmen wore blush pink to match the bridesmaids.

Civil Marriage Celebrant Amy Harrison officiated the pair’s ceremony. “We worked with our amazing celebrant, Amy, to personalised the non-legal parts of the ceremony. It was beautiful,” says Renae. 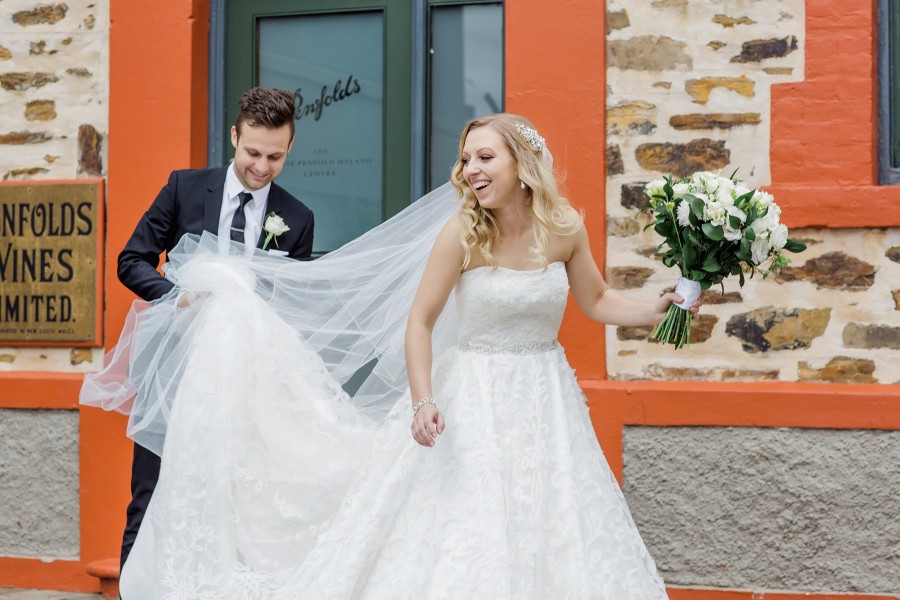 Captured by Stirling Photography and filmed by Cinecraft, Laura and Marius wed among 232 guests at their classic wedding at The Chapel of the Holy Name at Saint Ignatius College. The celebrations then continued into the night at a fun-filled reception at Adelaide Town Hall.

Flowers by Zofi helped decorate the space with greenery and classic white blooms, while music from the Baker Boys Band and Entertainment Adelaide kept everyone on their feet, including the bride who danced the night away in Nike kicks. 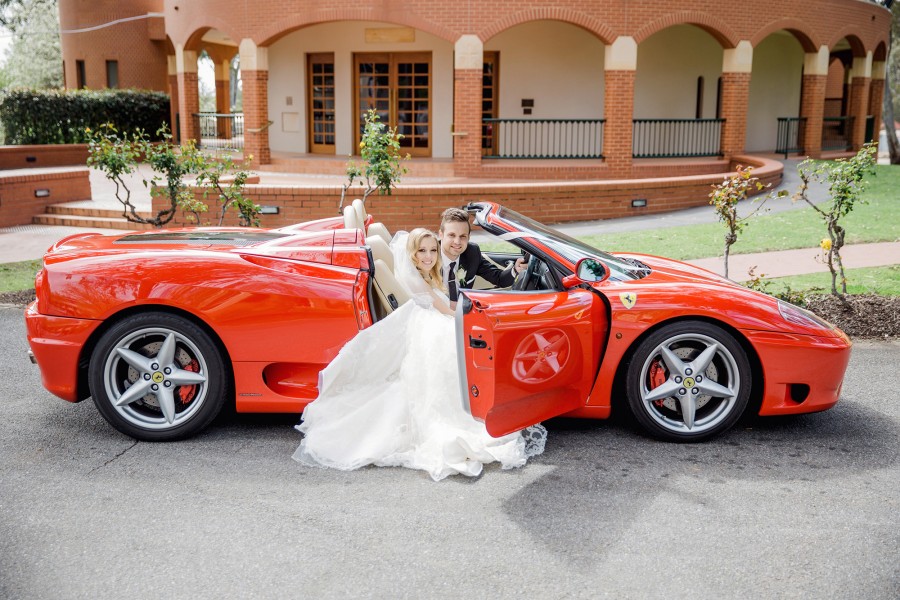 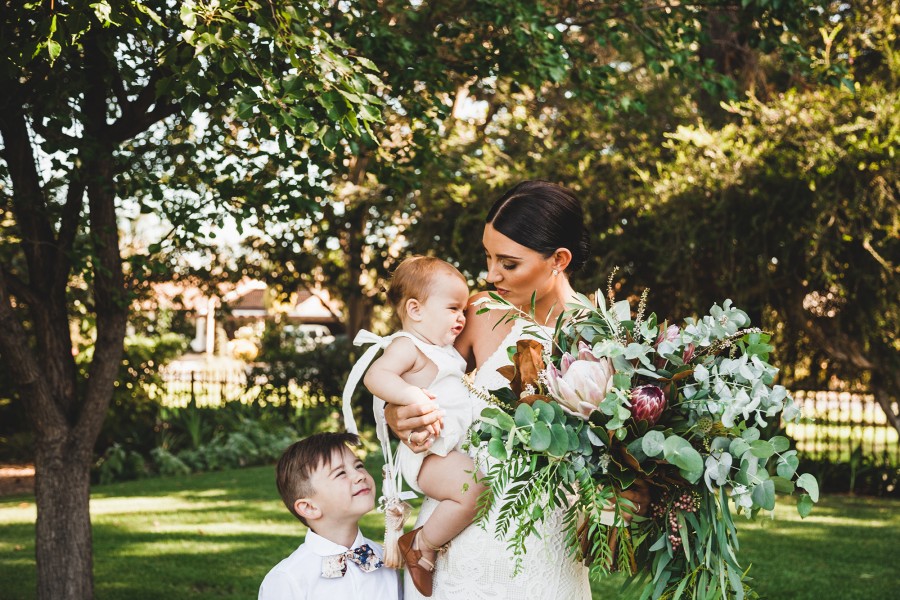 Captured by Emma Faith Photography, Adelaide pair Katelyn and Todd said ‘I do’ among 100 family and friends at their vintage boho wedding held at the Old HIstorical Cummins House in Camden Park, SA.

“Our wedding was so peaceful and relaxed,” says Katelyn. “We wanted to create a fun celebration with less formalities, but still keeping it classy and traditional with our vows and presentation.” 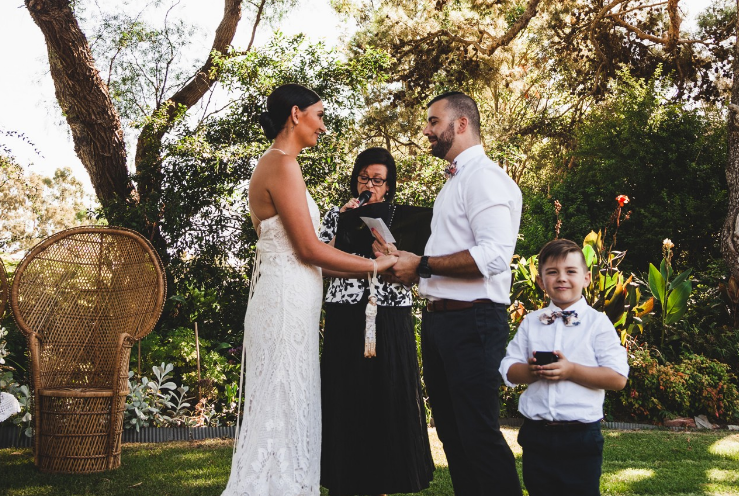 Celebrant Annette Perryman officiated the marriage between Katelyn and Todd. “Annette was wonderful – she made me feel relaxed and offered a personal touch,” says Katelyn. 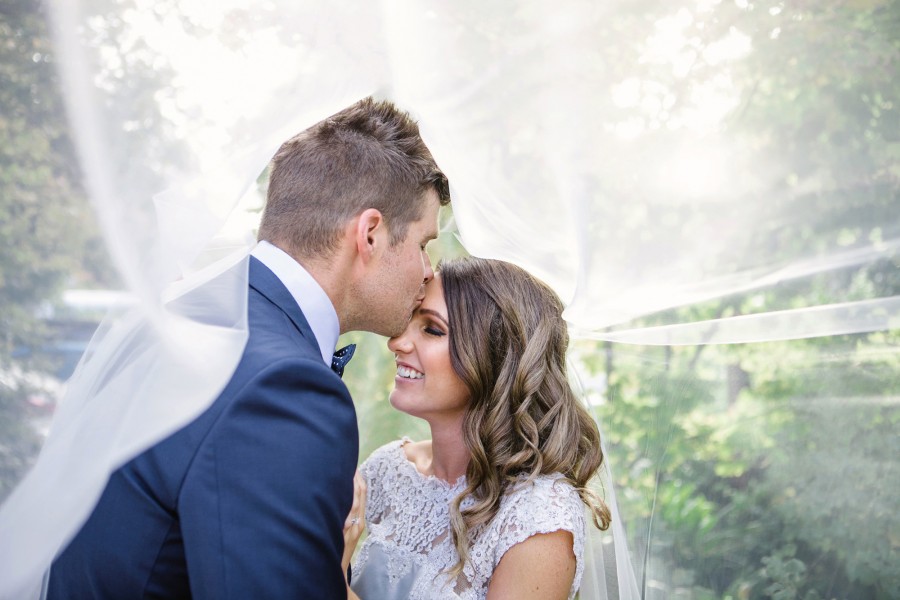 Captured by With Love and Lace, Tara and Ryan exchanged vows (and Belle & Brunt wedding rings) before 130 family and friends before continuing the party at Mount Lofty House, SA.

“Our wedding day was magical. Set in the picturesque Adelaide Hills in the middle of autumn, you can only imagine how beautiful the scenery was,” Tara says. 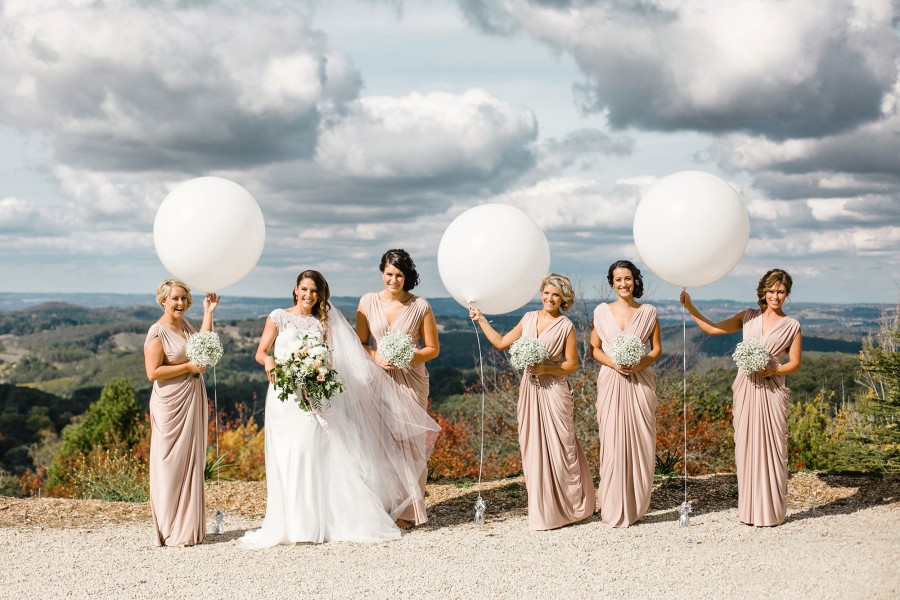 Tara sourced her gorgeous lace cown and elegant earrings from Rapsimo Designs. Her bridesmaids wore blush dresses from White Runway, and all carried bouquets created by In Bloom.

Reception venue decor was created through DIY and with the help of Peter Van the Party Man. 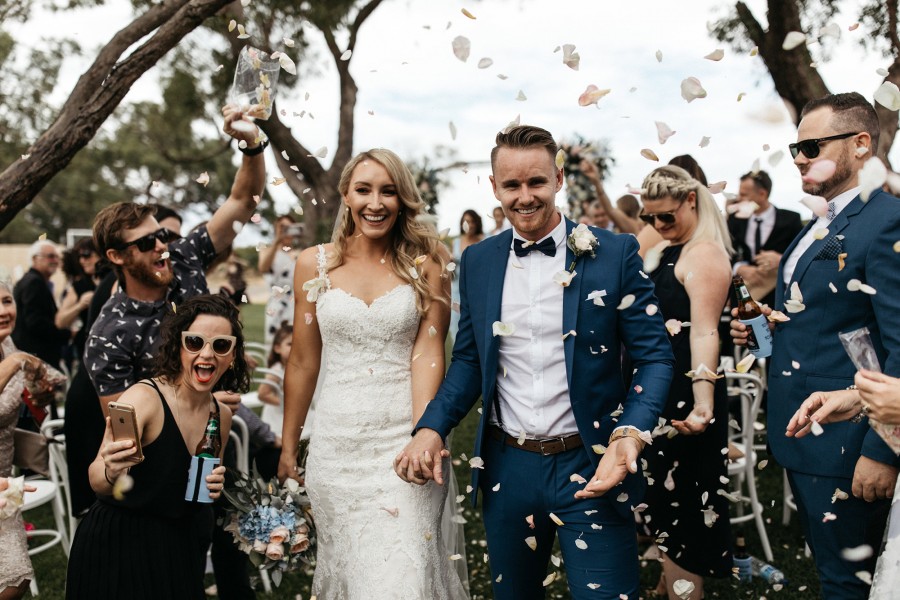 Toyah’s breathtaking gown from Jenny & Gerry’s Bridal Centre ended up being a ‘base’ for her dream dress. “I bought the dress but then went to a edding prior to mine where the bride had the EXACT same dress!” explains Toyah. “I had a total meltdown.”

With only three months to her own wedding day, there was no time to order a new gown. “In the end I added all the things I loved about the other dresses I tried on and recreated my own.”

Toyah added plenty of custom touches to her Jenny & Gerry’s Bridal Centre gown to make it her own, including new lace traps and pearl detailing. 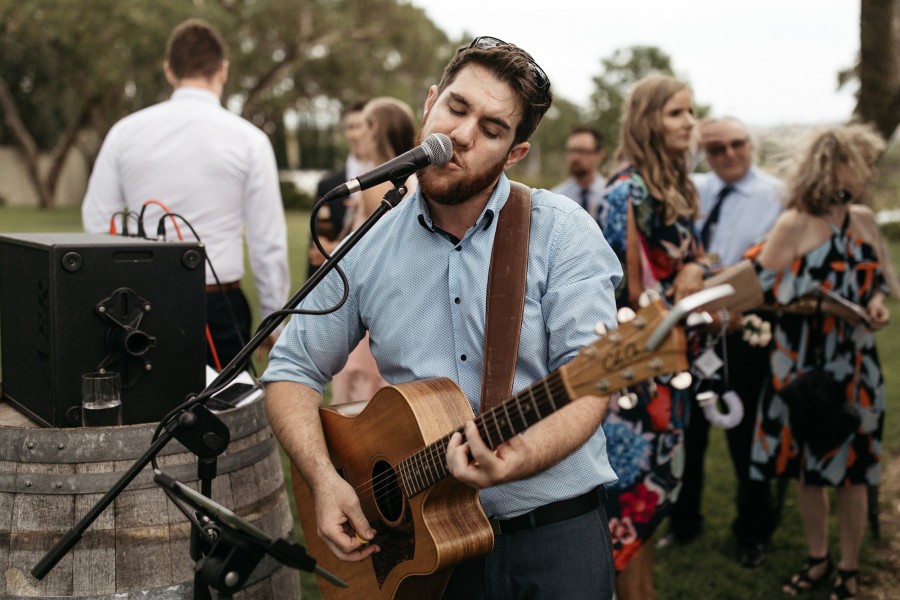 The sweet ceremony sounds were created by Daniel Cameron Ent – creating an acoustic vibe for the bride’s entrance and then playing MC and DJ later in the night.

Dylan and his groomsmen sourced their modern rustic outfits from several suppliers, including Politix, Julius Marlow, Etsy, and Roger David.

Toyah and her bridesmaids arrived in a vintage classic by Carrington Wedding Cars, while the boys arrived in Dylan’s uncle’s old Holden.

With inspiration from the bride, Small Delights created a delicate three-tier wedding cake with fresh flower and custom name topper.

What are you waiting for? Click here to begin planning your wedding!