Who would have thought an innocent ‘friend suggestion’ on Facebook could lead to love at first sight, let alone a promise to love, honour and cherish?

In a nutshell, this is the (modern) romantic story of Melbourne couple Stephanie Nellis and Paul Makris.

The Greek groom, 39, who at the time owned a Timeout amusement centre, couldn’t understand why he hadn’t met his match. But interestingly, he’d never been out with a Greek girl.

It was Stephanie’s cousin Tass – Paul’s employee and friend – who played matchmaker for the pair. Single as well, Tass and Paul spent lots of time talking about the kind of girl they’d love to meet, and it was obvious to Tass that Stephanie would be the first – and last – Greek girl his boss would date.

After learning a few crucial stats from Tass, including, simply, that he was a “good guy,” 28-year-old Stephanie accepted Tass’s friend suggestion and connected with Paul.

“I found him incredibly good looking,” she says of his profile pic. “He had that friendly look at about him as well – not arrogant at all.”

Impressed, Stephanie says, “It was stunning! Like the Moulin Rouge inside. And the cocktail list was at least 10 pages long!”

She adds, “Paul knew he wanted to marry me after that night, and I was completely love-struck and knew I couldn’t let him get away. The rest is history.”

Exactly one year later, Paul proposed (“I was so happy, I almost forgot to say yes,” smiles Stephanie) and, nine months after that, they were united by stefana in a romantic and traditional Greek Orthodox wedding before 250 friends and family. 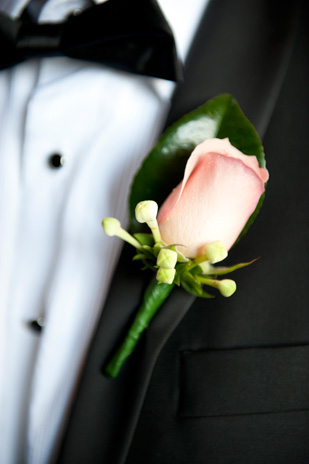 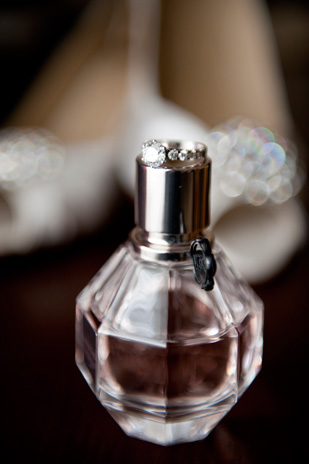 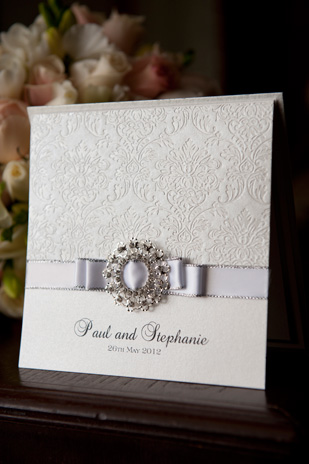 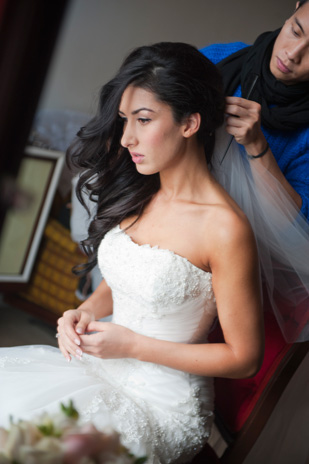 Stephanie’s mum, owner of The Invitation Gallery, crafted the elegant multi-layer invitations which were housed in a lovely box with tissue paper. “I was her last daughter getting married so it was quite special for her to do this for us,” says Stephanie. 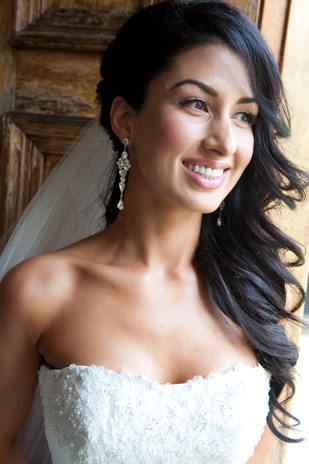 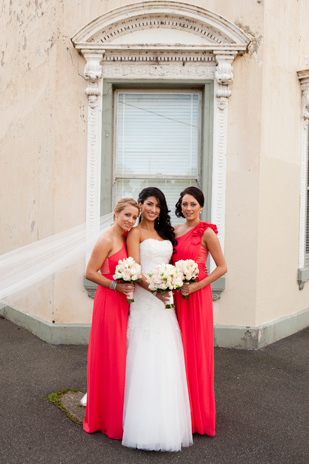 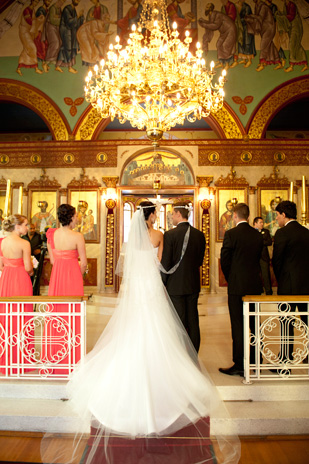 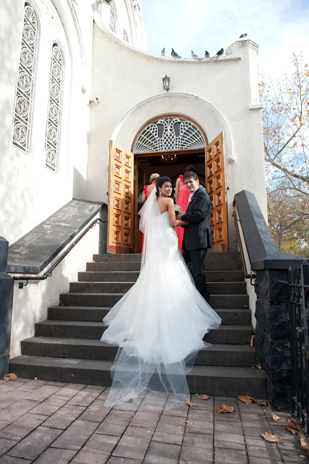 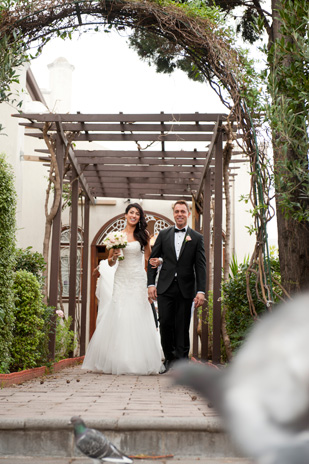 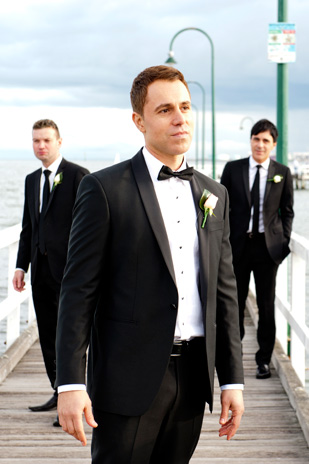 Paul was dressed smartly in a slim fitting Hugo Boss tux with white dinner shirt and black bow tie. “He chose to wear a bow tie as it’s something he’d never usually wear and it really suited him,” explains Stephanie. 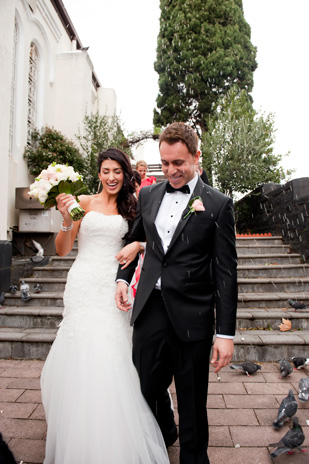 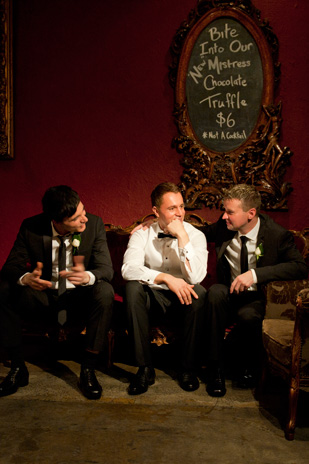 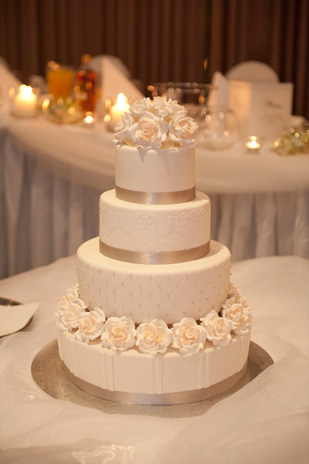 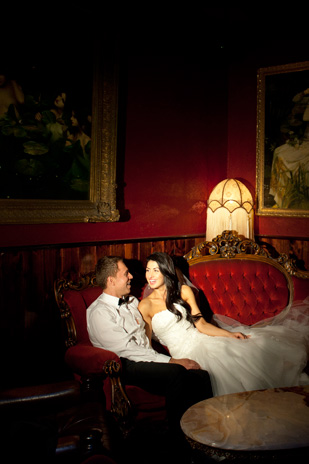 Polly Bar (where the pair had their first date) opened early especially for them, where photos could be taken before the reception. “Until that point, we were so busy,” says Stephanie, “so to stop, chill out and enjoy a few cocktails with my hubby and closest friends was a highlight.” 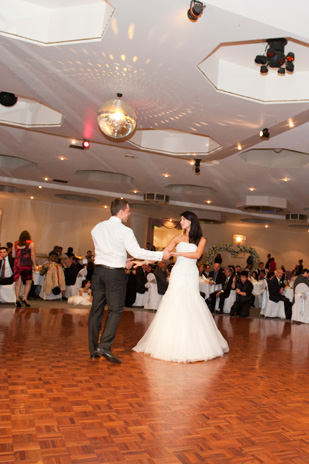 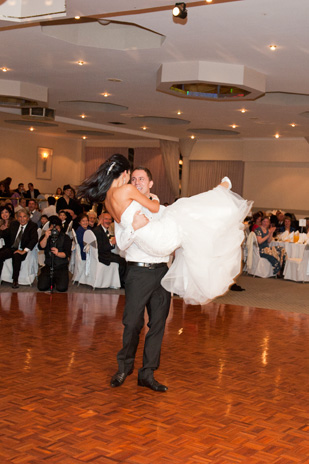 Stephanie and Paul celebrated their union on a honeymoon to the Maldives and Greece. Her tip on marriage: “Remember to flirt with your partner.” Well said!