For as long as we both shall live: An intimate wedding

She needed a washing machine, he needed a place to live. It was a match made in heaven.

Thurza Sullivan, 49, and Michael van der Heyden, 50, met in 1993 when he moved into her share house. They were engaged after three years of dating, but it wasn’t until April 8, 2014 they were married. “To be honest, I had never expected to be in a life-long relationship with someone and really didn’t see myself having children at any point,” explains Thurza. But a close friends’ wedding inspired the pair to make the commitment of engagement. “But the wedding never happened,” says Thurza.

The birth of their children Hannah and Sjouke followed not long after, but so did the passing of Thurza’s parents. Strain on the relationship almost saw the couple separate, but they dug deep and stuck together. The tough times didn’t end there, however, with Thurza then diagnosed with bowel cancer. “It was a very, very tough year for all of us,” she says.

Leading up to the end of treatment, the couple decided to throw a party to celebrate Thurza’s recovery. “Then we thought we could also celebrate Michael’s 50th as his birthday was coming up in November,” says Thurza. ”Then our daughter Hannah said ‘and you two could get married!’ So essentially our children proposed, and we accepted.”

The long-time lovers celebrated with an intimate wedding of six guests under the theme for as long as we both shall live. “We’d given all those vows a good testing over the years and I was so impressed by Michael’s response to ‘in sickness and in health’ that after 21 years together it was finally the right time to get married.” 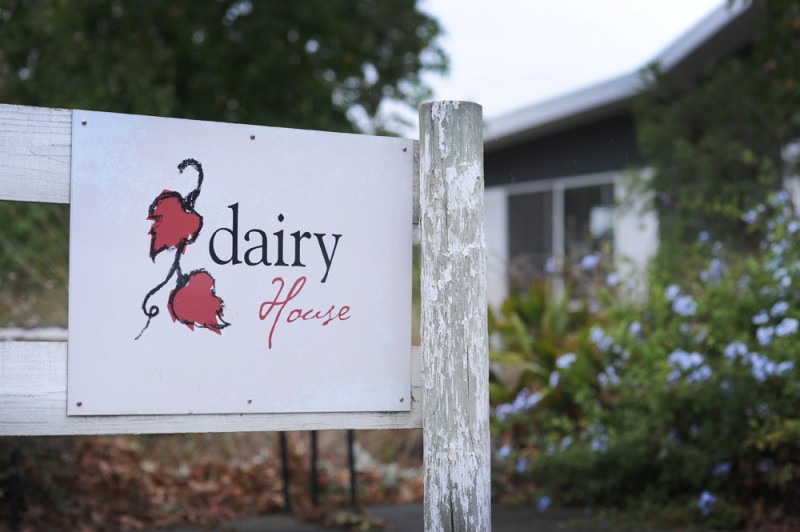 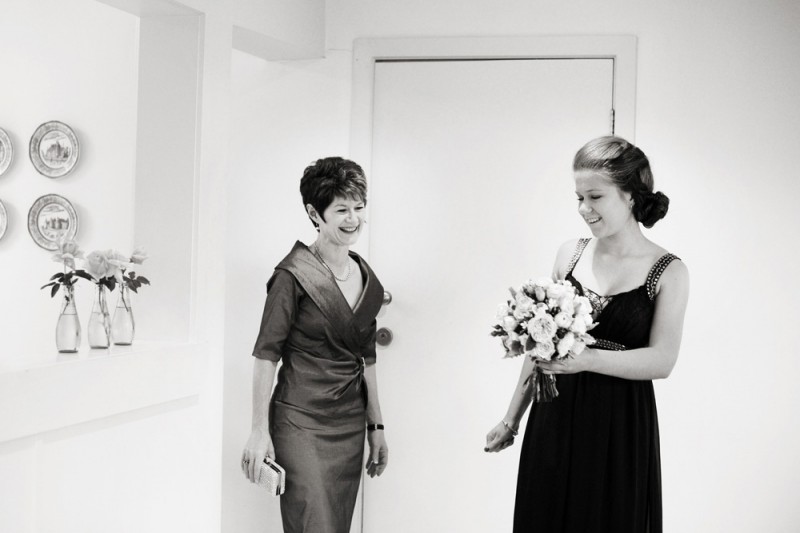 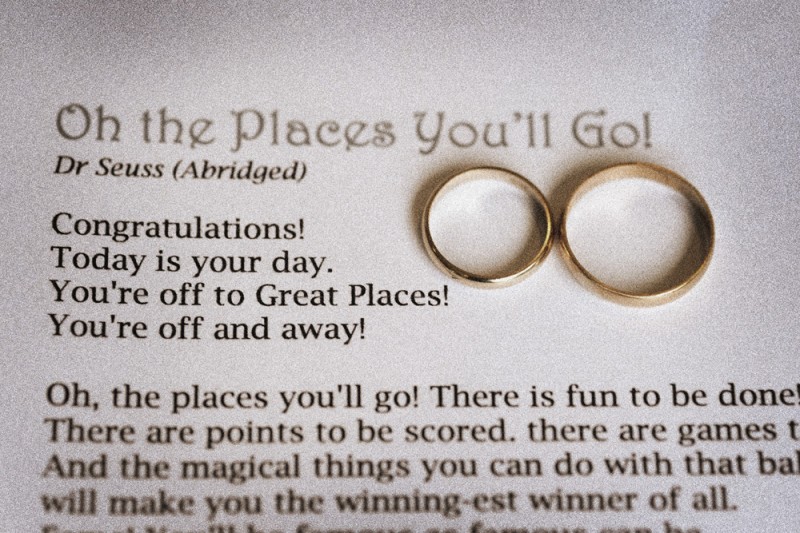 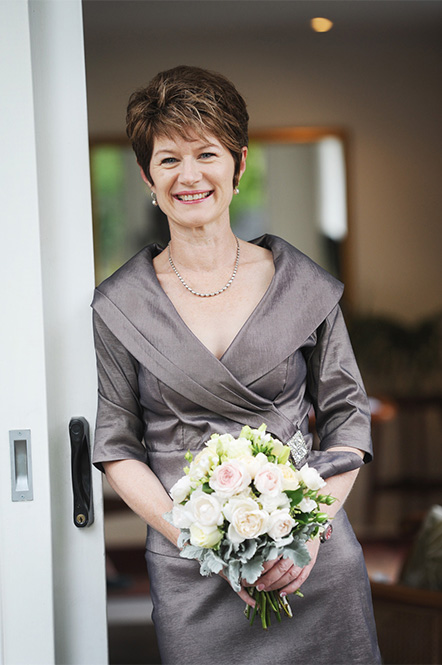 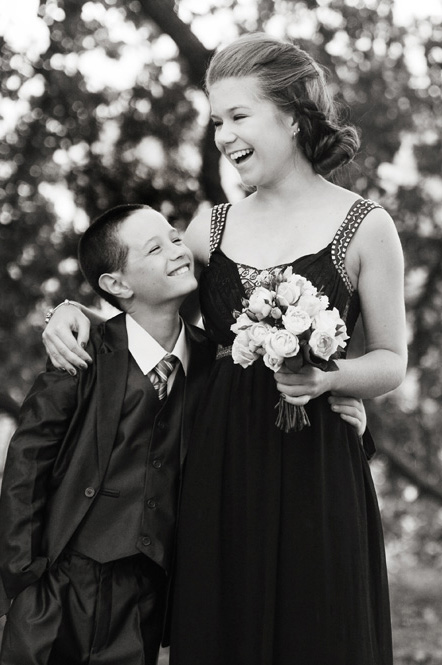 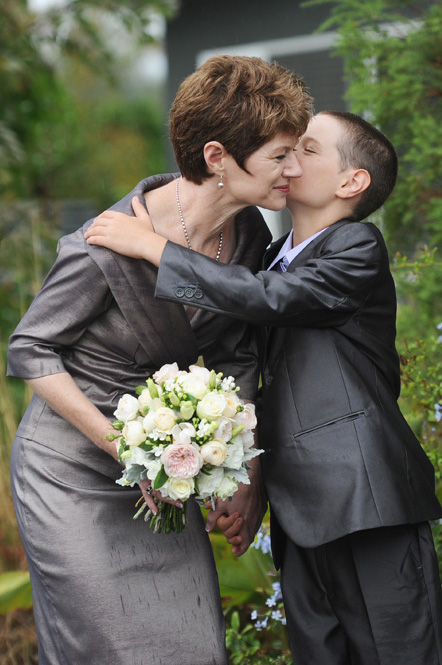 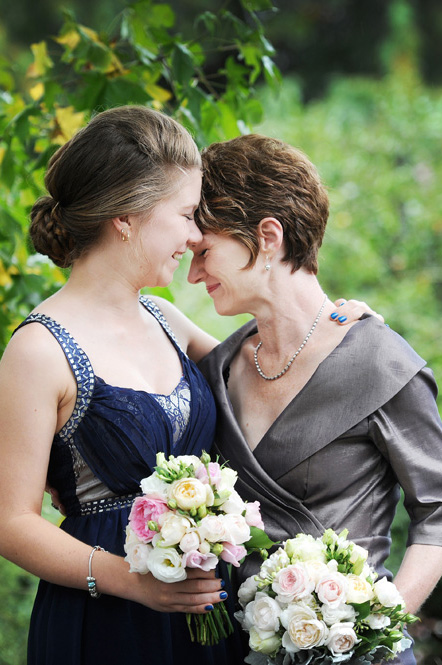 “It was a damp, poignant, wonderful day,” remembers Thurza. “Wonderful for Michael and I, but also incredibly special to have our children Hannah and Sjouke there to be part of our ceremony and celebrate with us.” 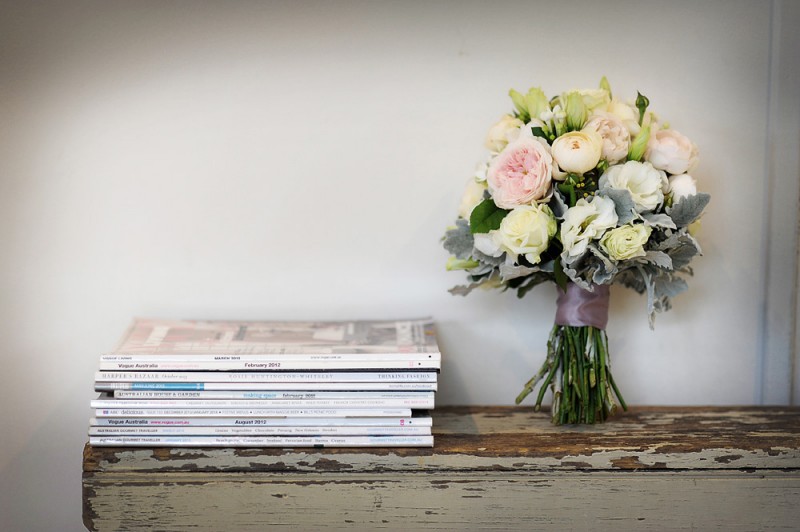 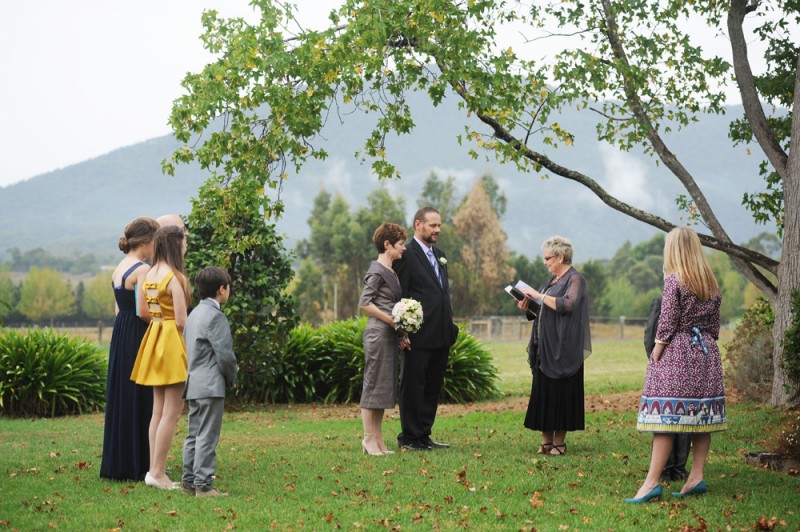 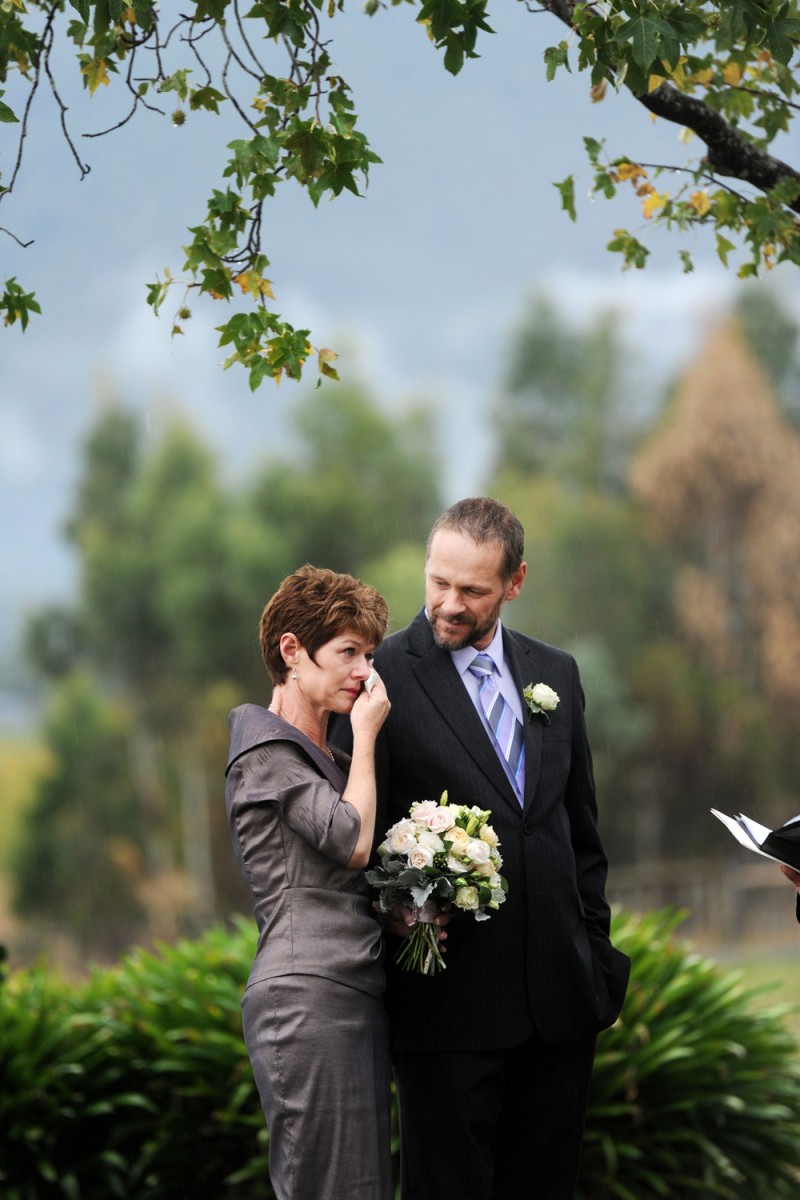 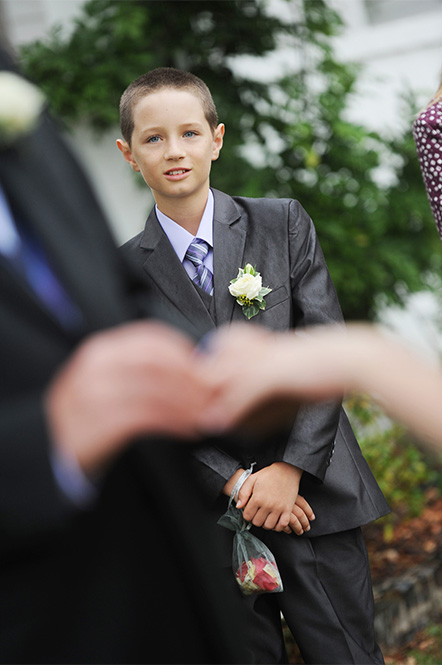 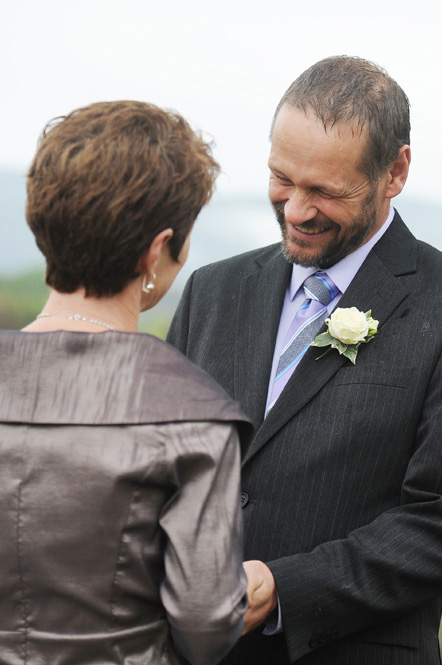 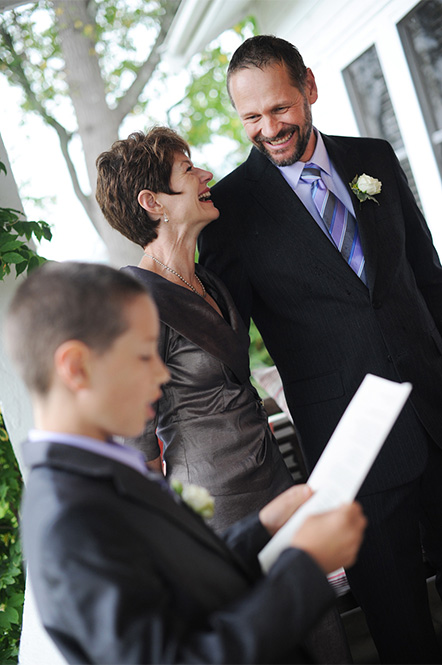 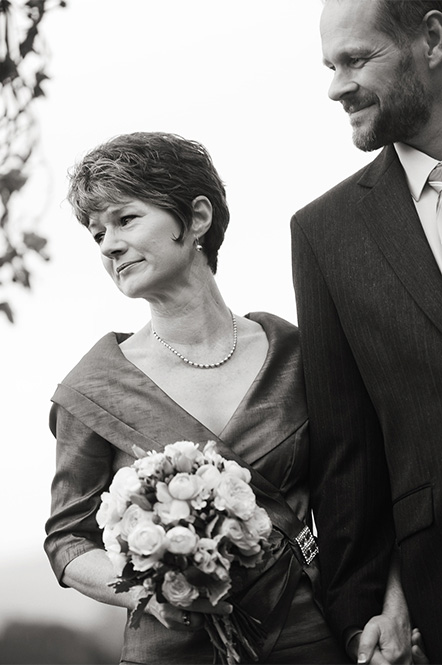 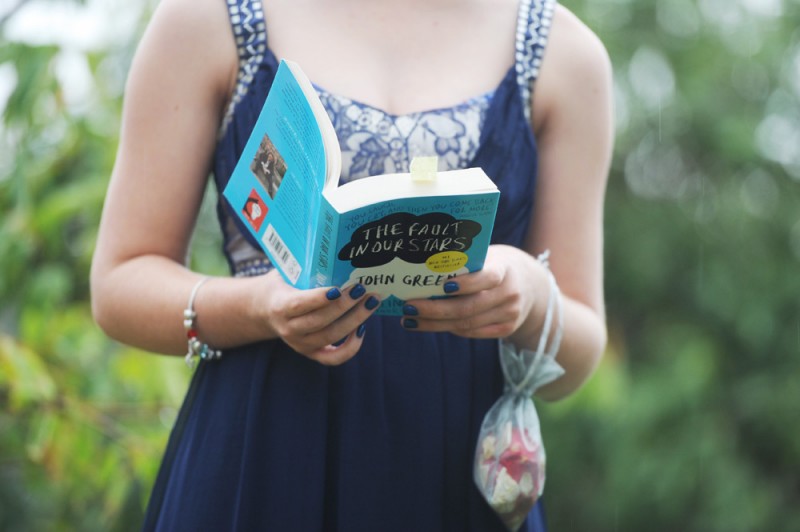 The couple’s daughter Hannah did a reading from John Green’s The Fault in Our Stars and Sjouke read from Dr Seuss’ Oh The Places You’ll Go. 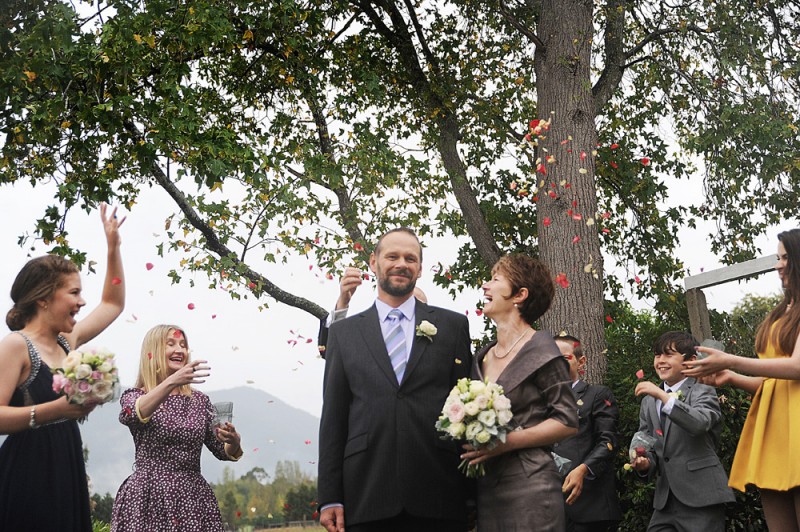 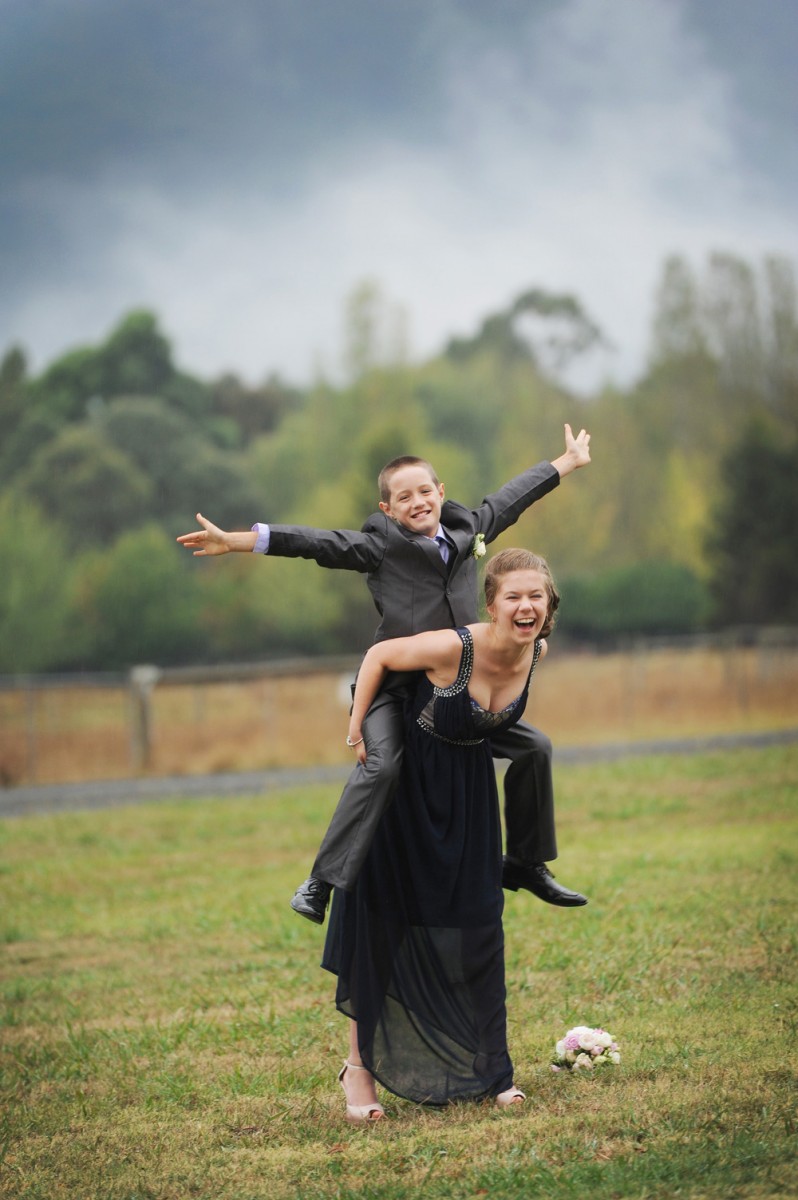 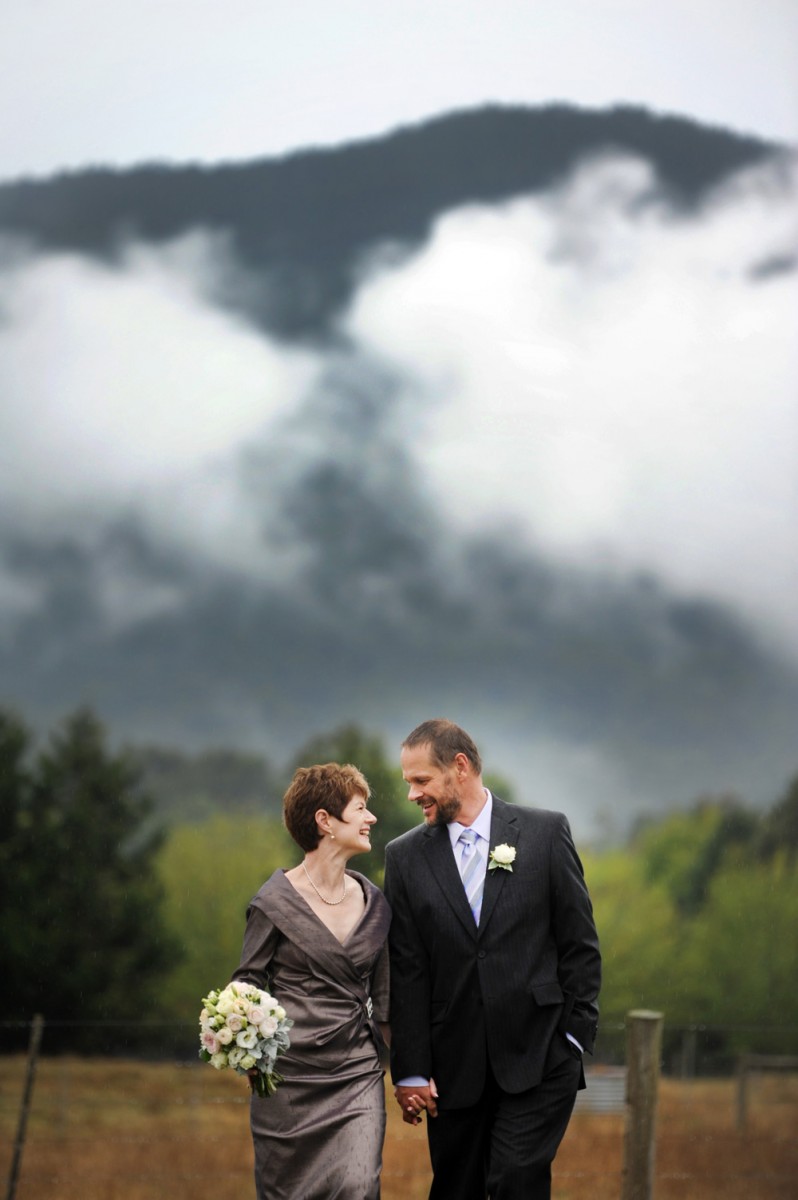 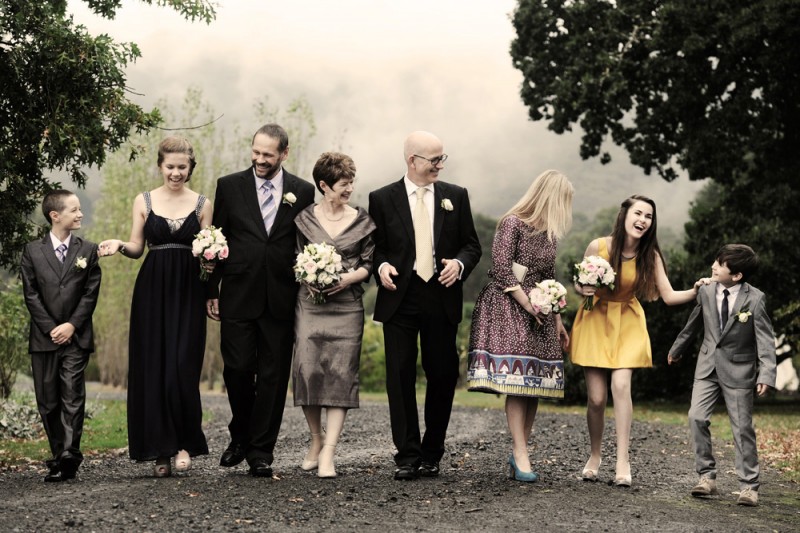 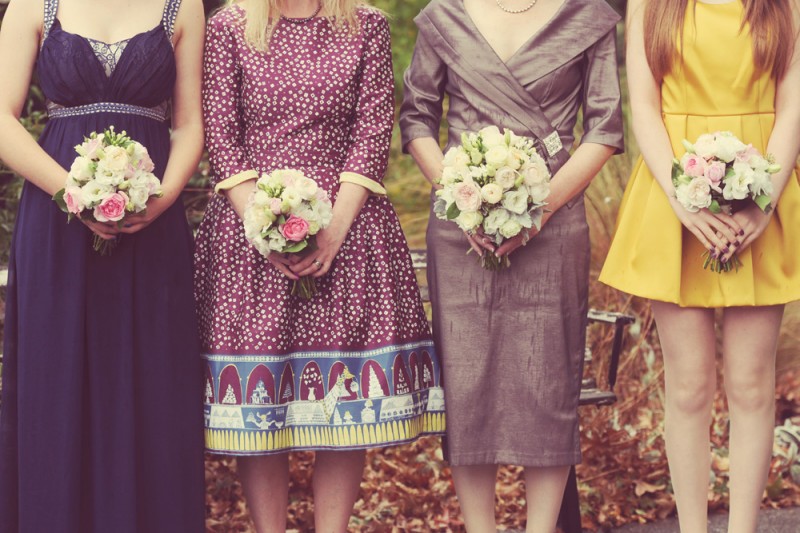 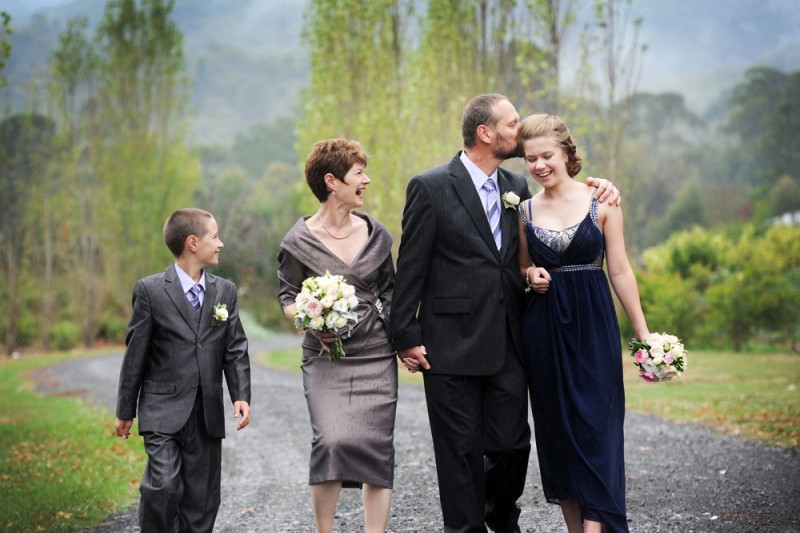 Although it was just six guests at the wedding, the pair celebrated with wider family and friends a few days later. 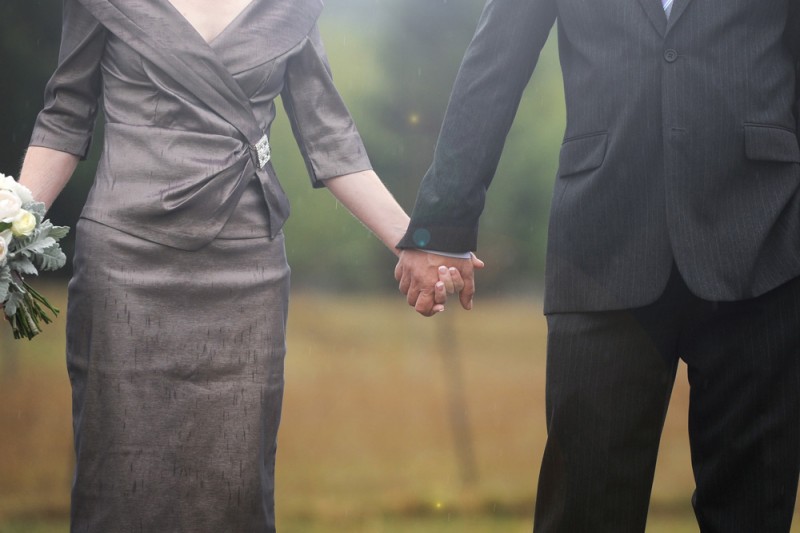 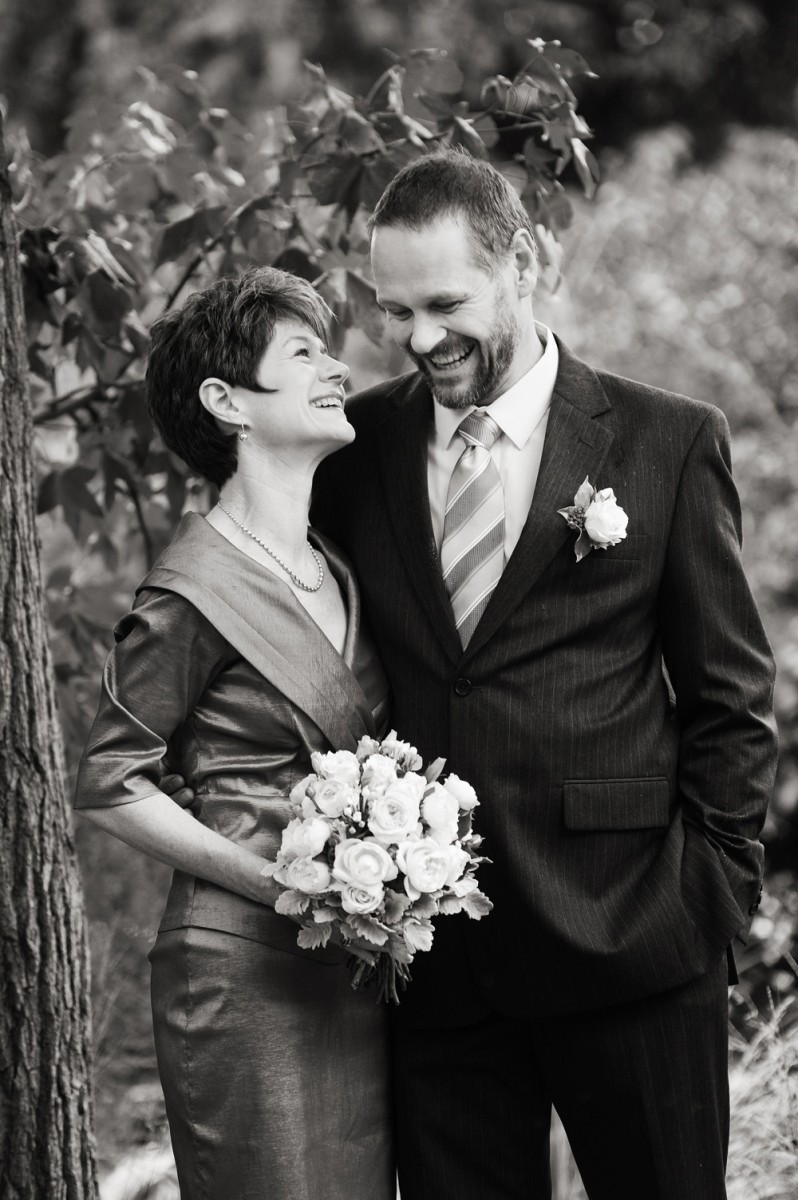 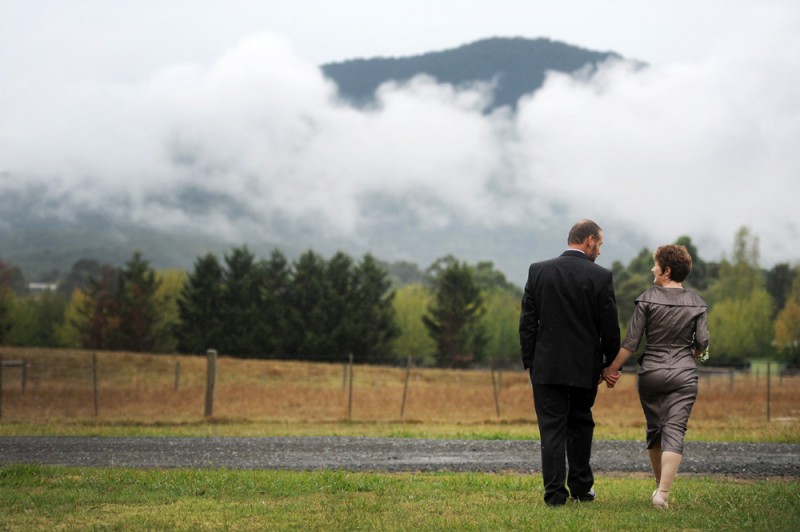 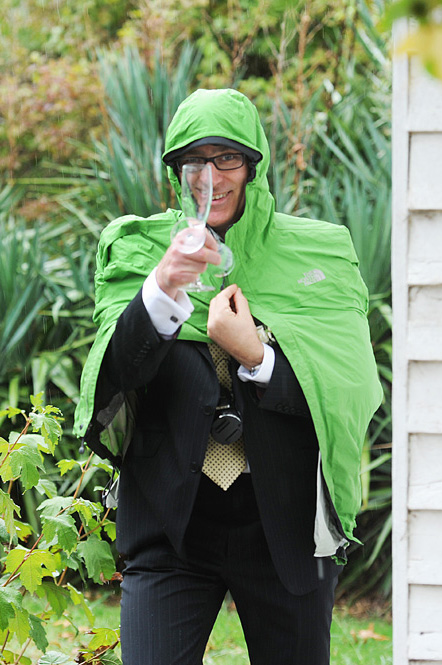 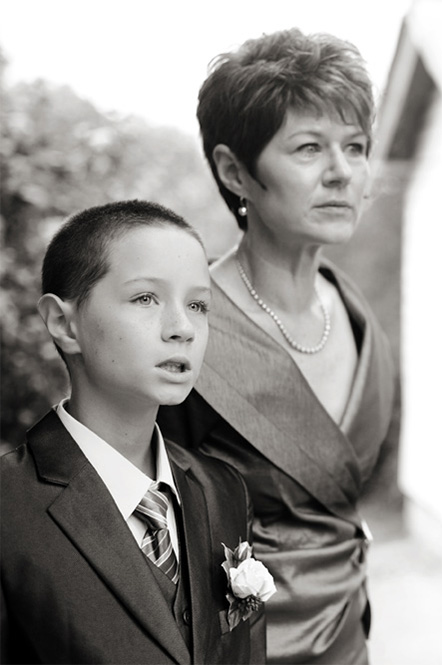 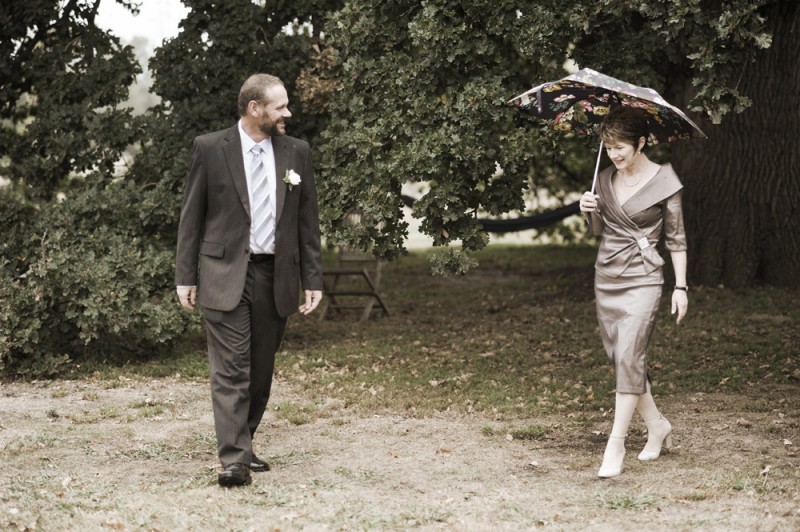 Thurza wasn’t so sure about pulling off a traditional wedding gown. “As an older bride, a big white dress just wasn’t my thing. I found a gorgeous outfit in the ‘mother of the bride’ section.”

Photos courtesy of Tizia May Photography.