He was a skater boy, but instead of saying ‘see you later boy,’ Casey Miller looked past the shaggy hair and lip ring to the kind, easygoing man that Brett Lindsey was underneath.

Casey, 29, from Bundaberg, QLD, met Brett, 28, from Hervey Bay, in her hometown more than six years ago.

“After seeing each other for six months, Brett decided to move to Bundaberg to start a new life with me and a new adventure together. This was a big change for him as it included a new job, a new house, a new town and a girlfriend,” Casey says.

The pair have remained strong through many challenges – Casey lost her father to cancer in 2011 and in January 2013 the couple’s house was impacted by the Bundaberg floods.

“It was a hard few weeks to get through but a few months later I was the happiest girl on Earth when Brett proposed to me at Fraser Island,” Casey smiles.

The couple then had an exciting 18 months planning their dream celebration – a romantic wedding on September 13, 2014, with a touch of vintage glam.

After exchanging vows at Dayman Park, Hervey Bay, Casey and Brett then celebrated with their 127 guests at a reception in the Fraser Room at the Hervey Bay Boat Club. Guests enjoyed a three-course meal and a delicious lolly bar supplied by Cha Cha Chocolate.

“Our big day had it all. Glamour, romance, laughter and a whole lot of love,” Casey says. 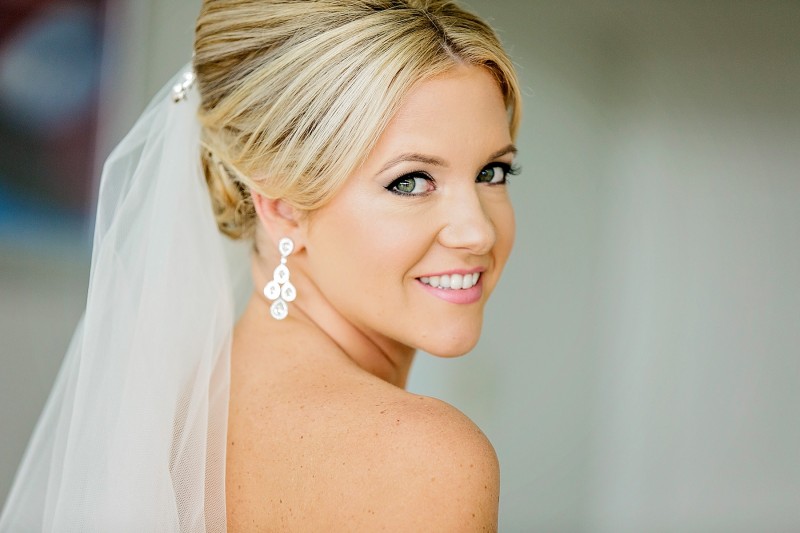 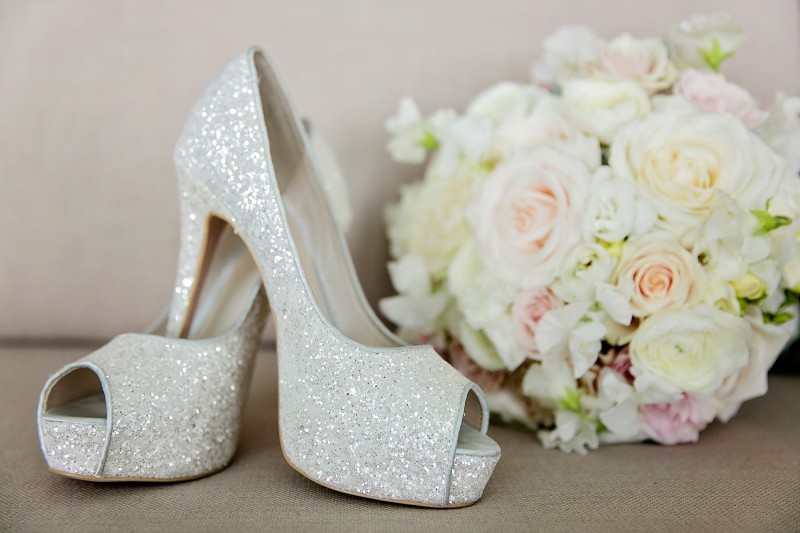 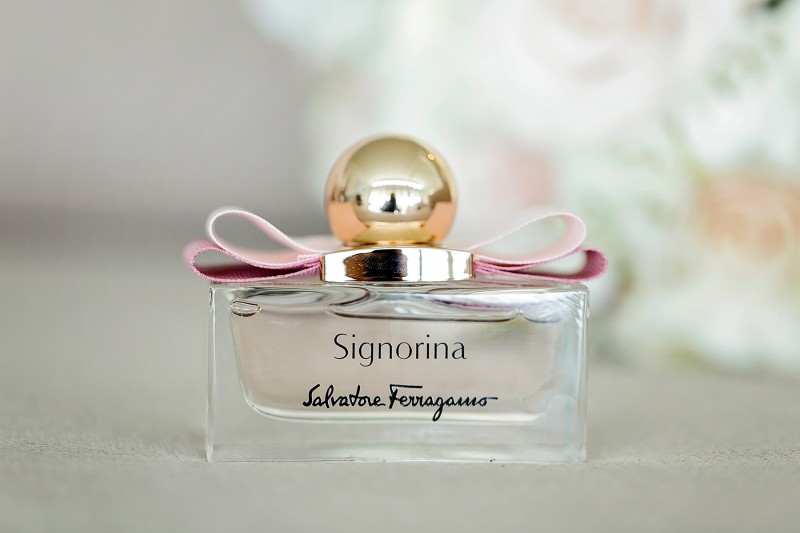 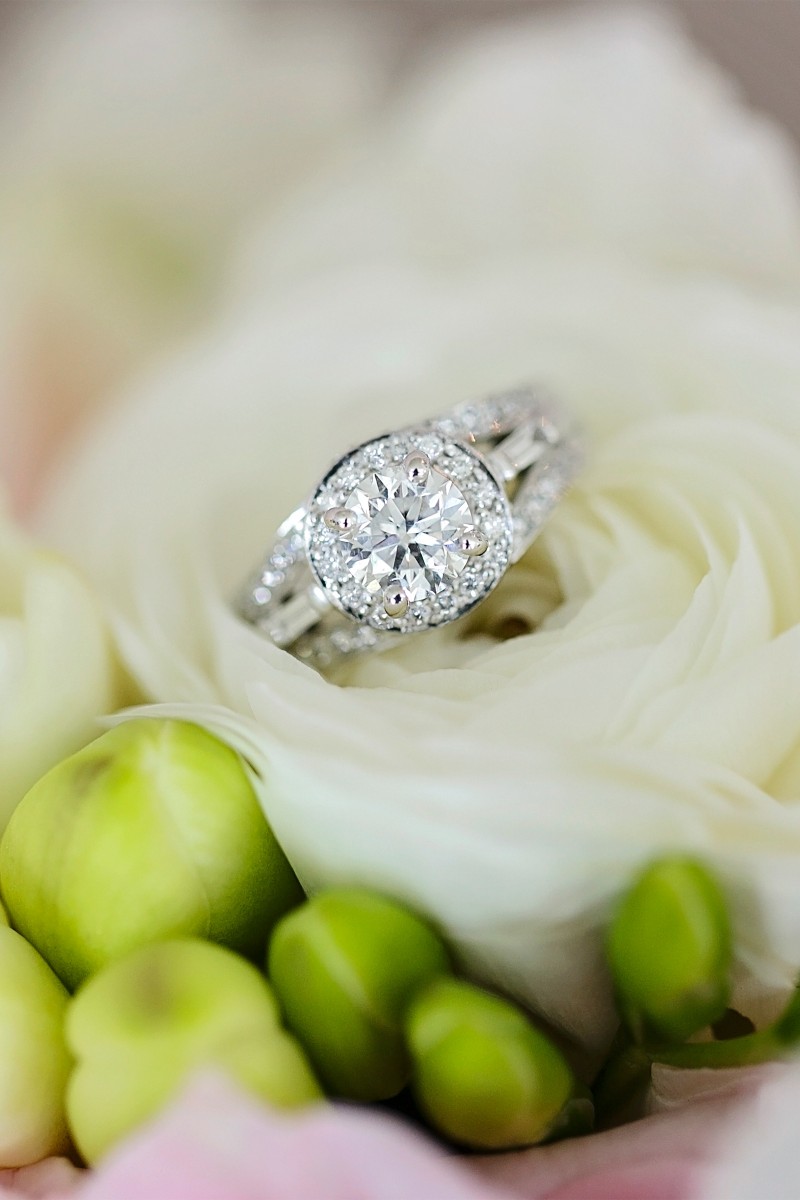 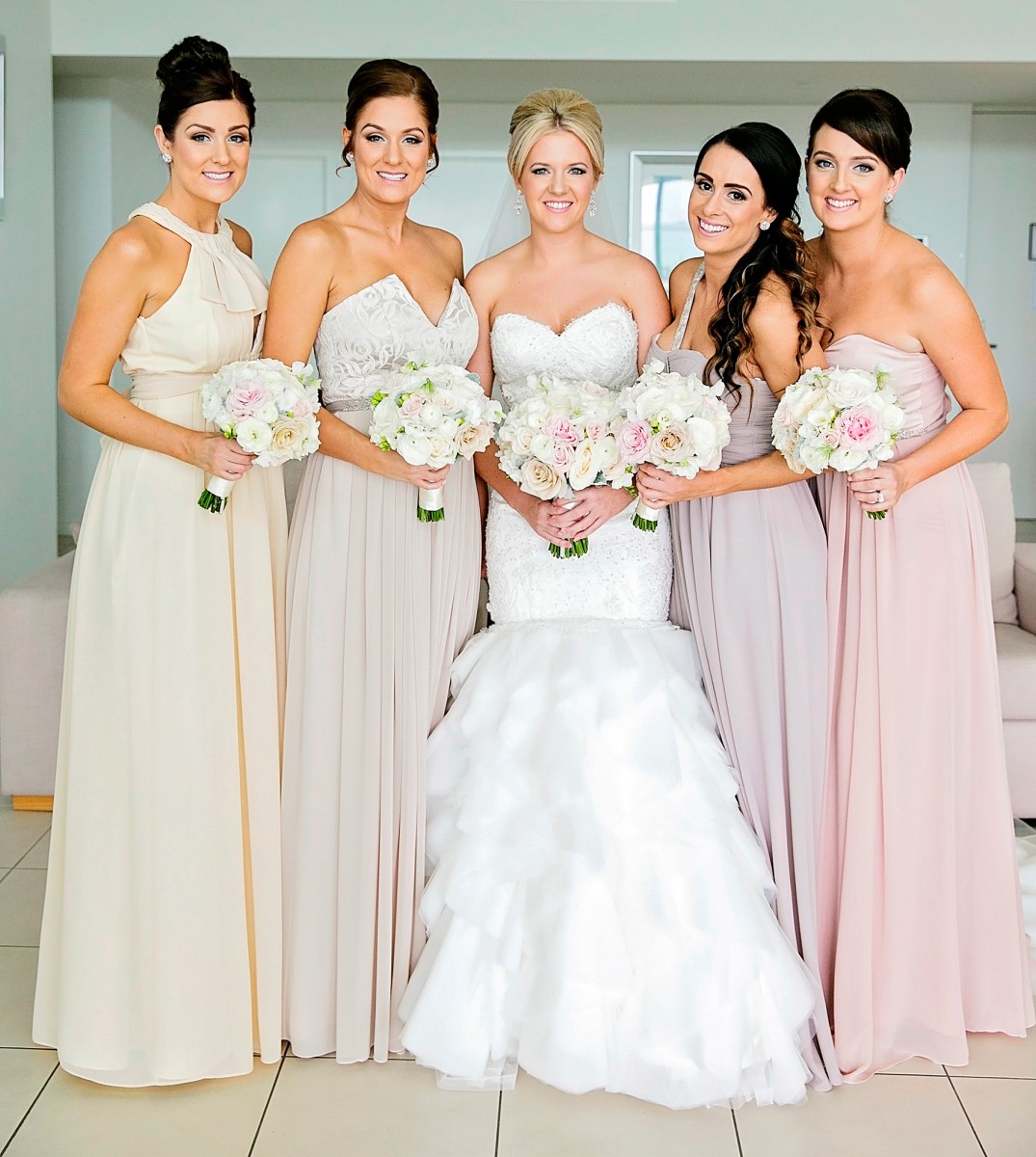 The romantic theme was created with soft pastel hues which the bridesmaids wore beautifully. 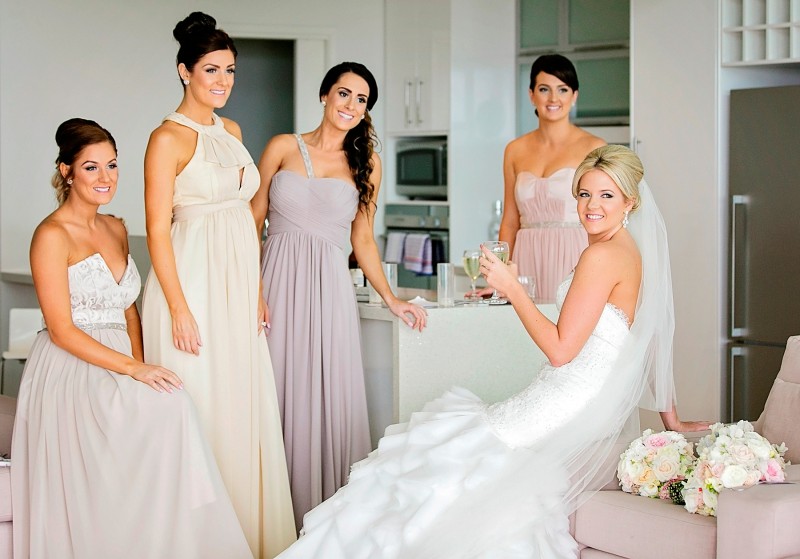 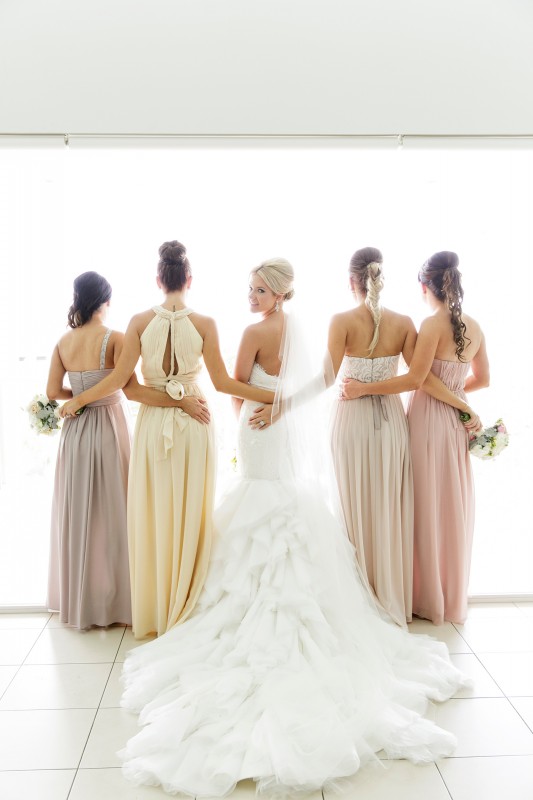 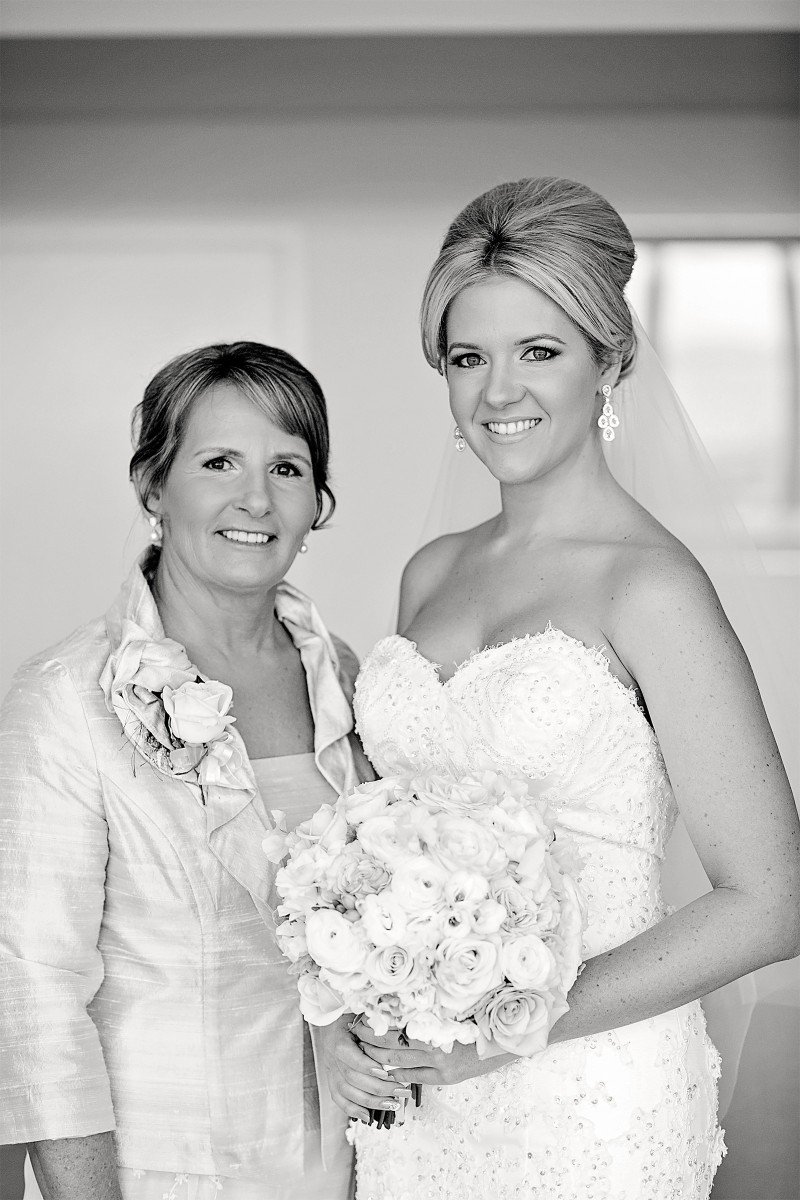 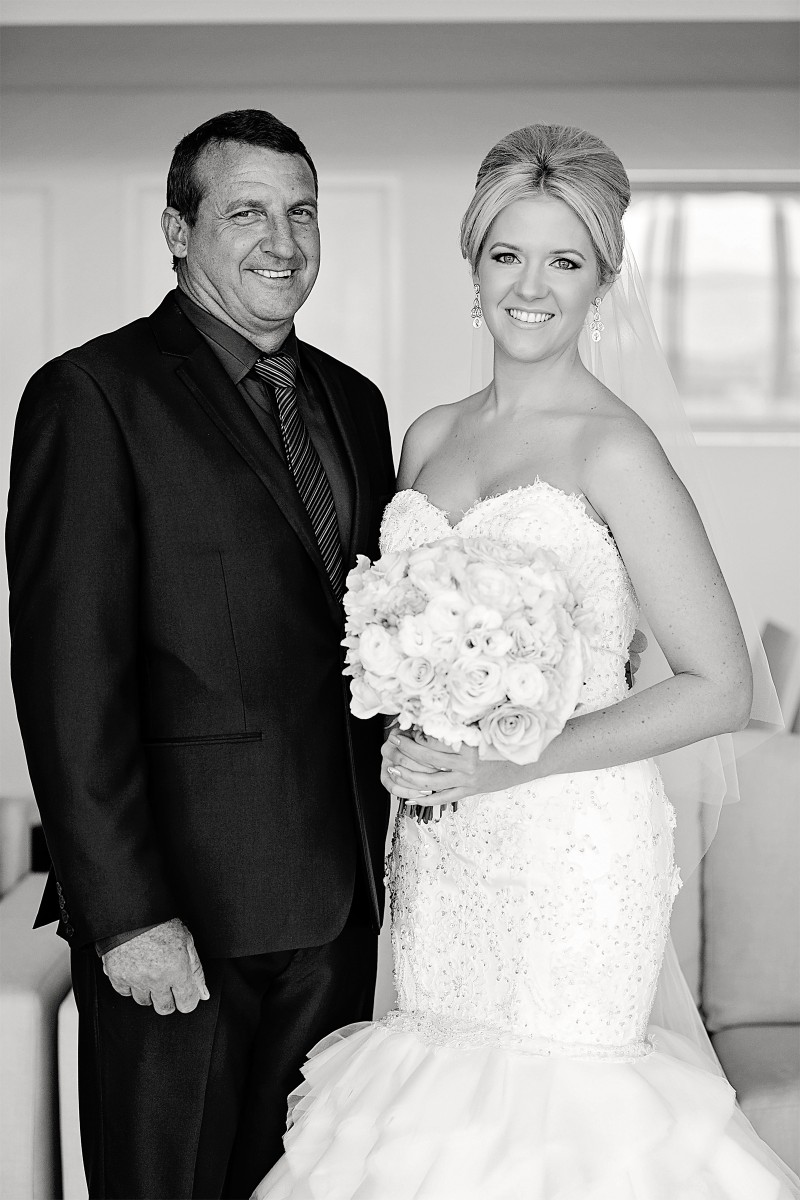 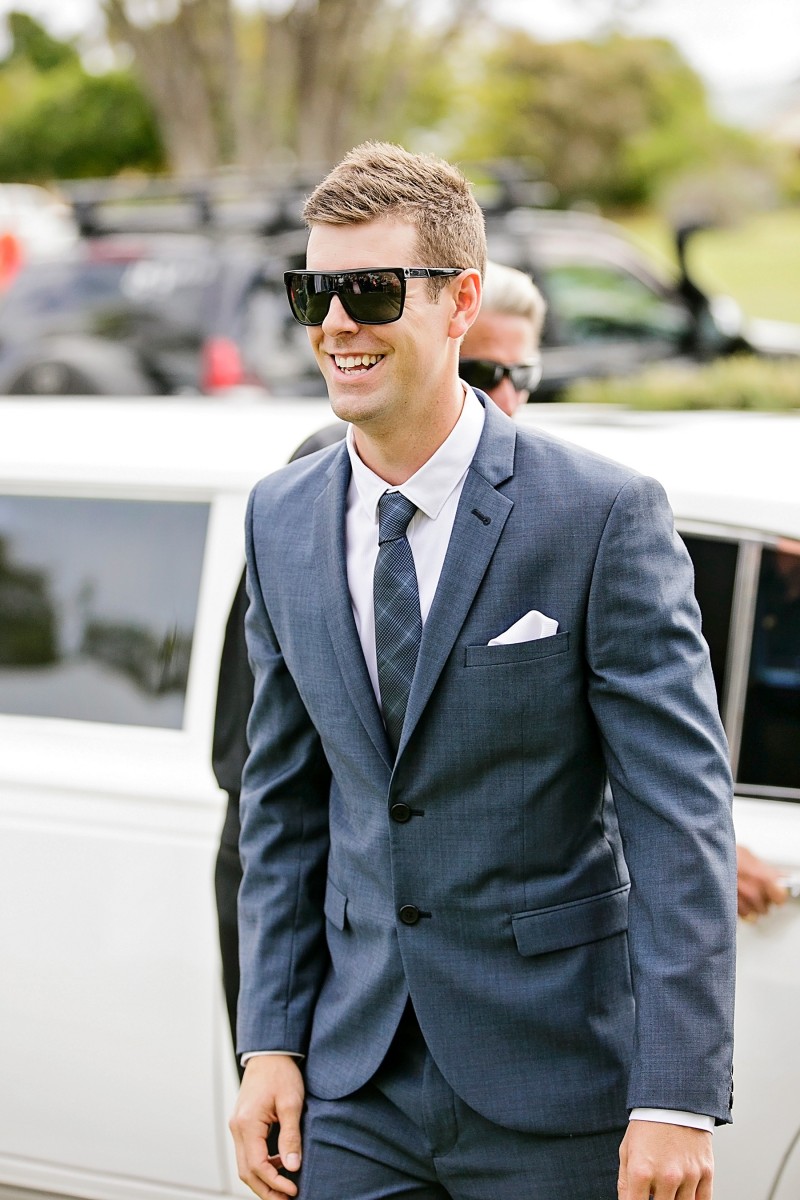 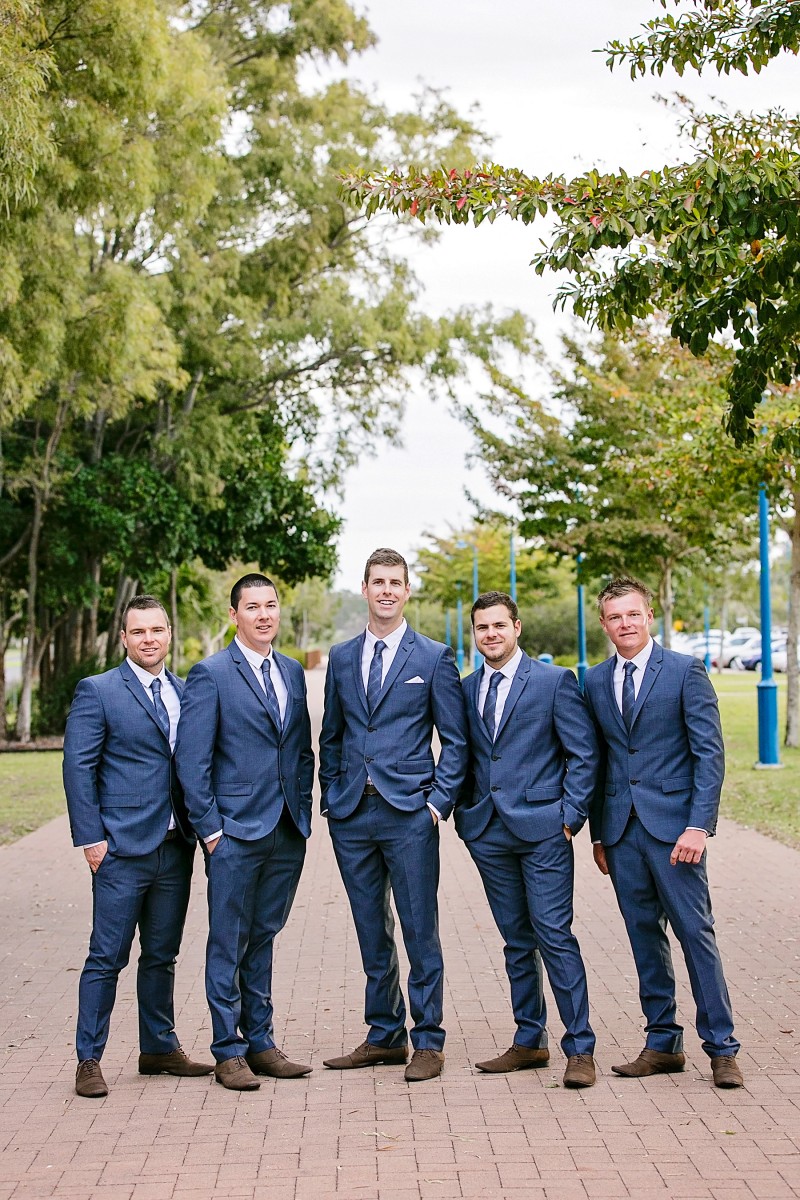 Brett and his boys were on-trend in blue slim suits and brown suede shoes by Roger David. 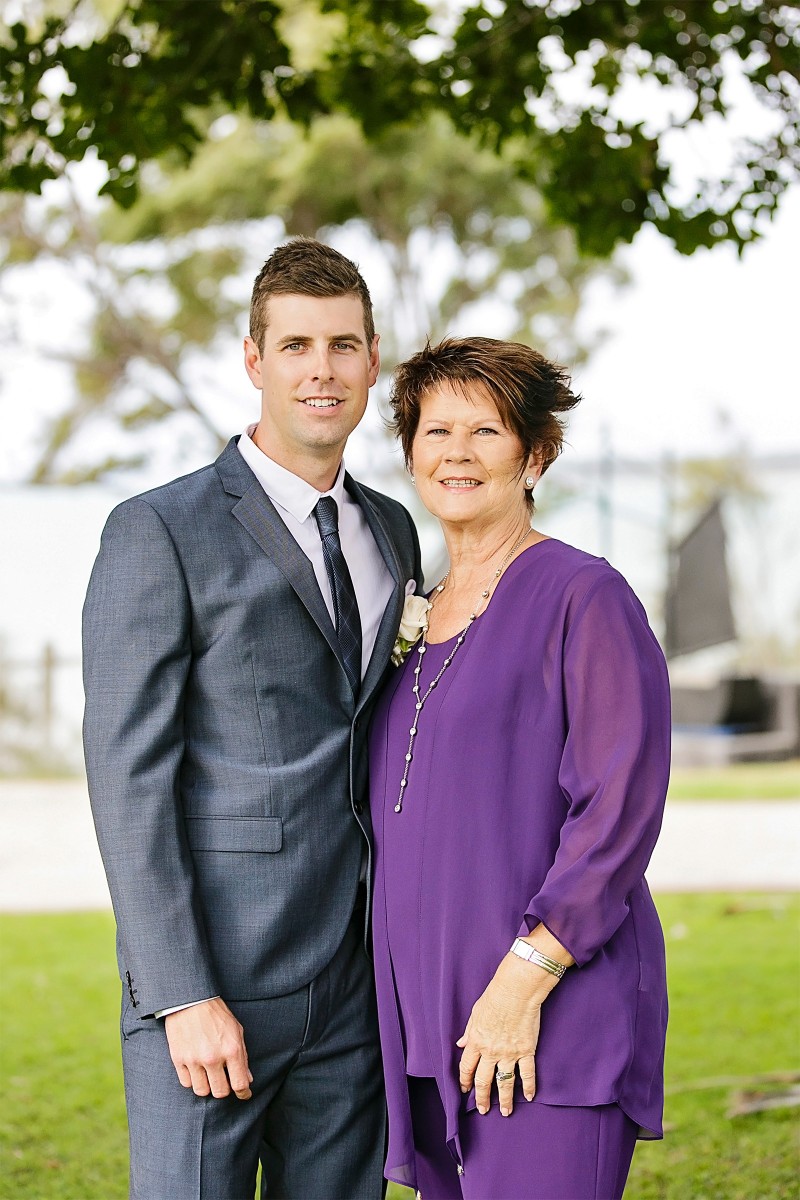 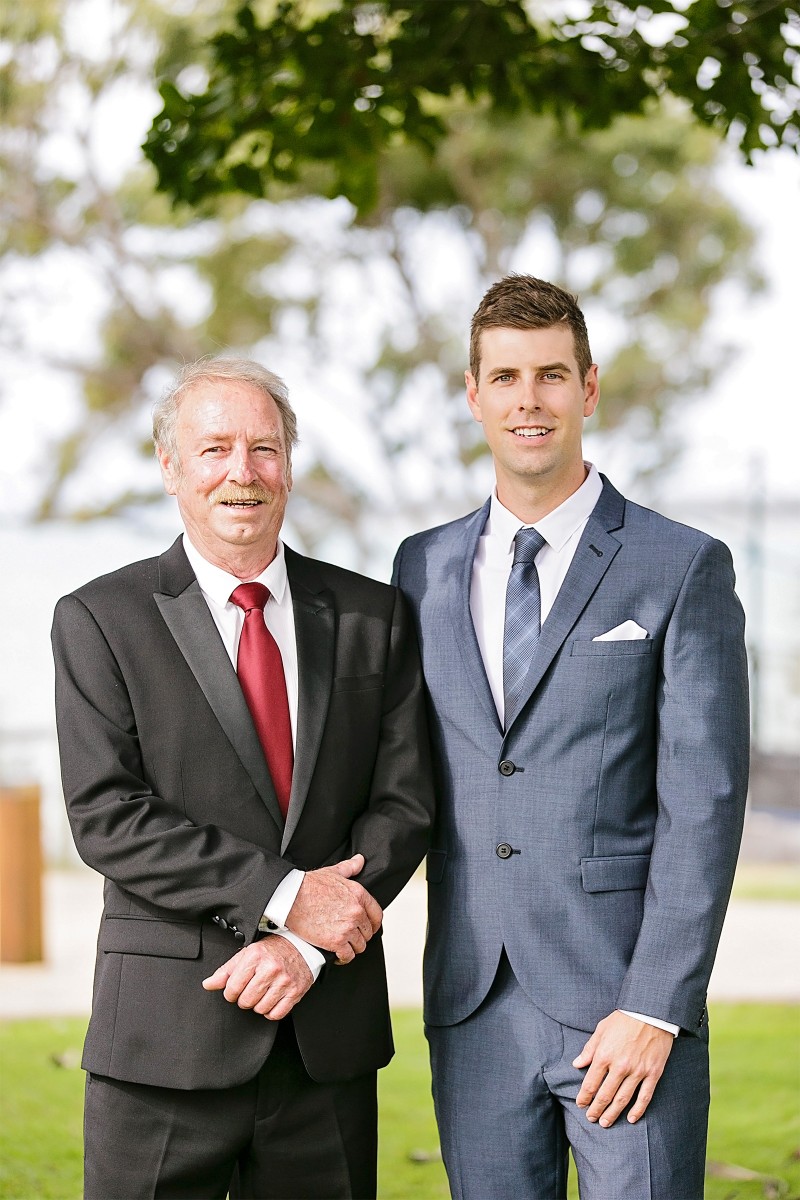 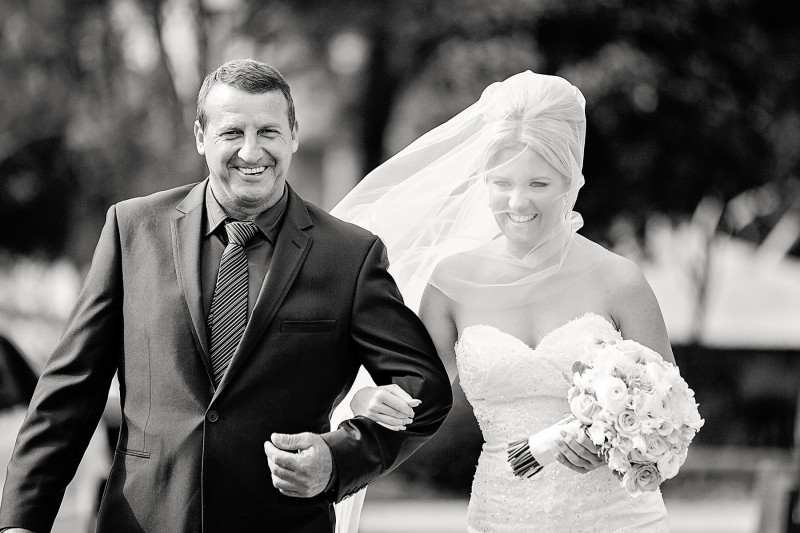 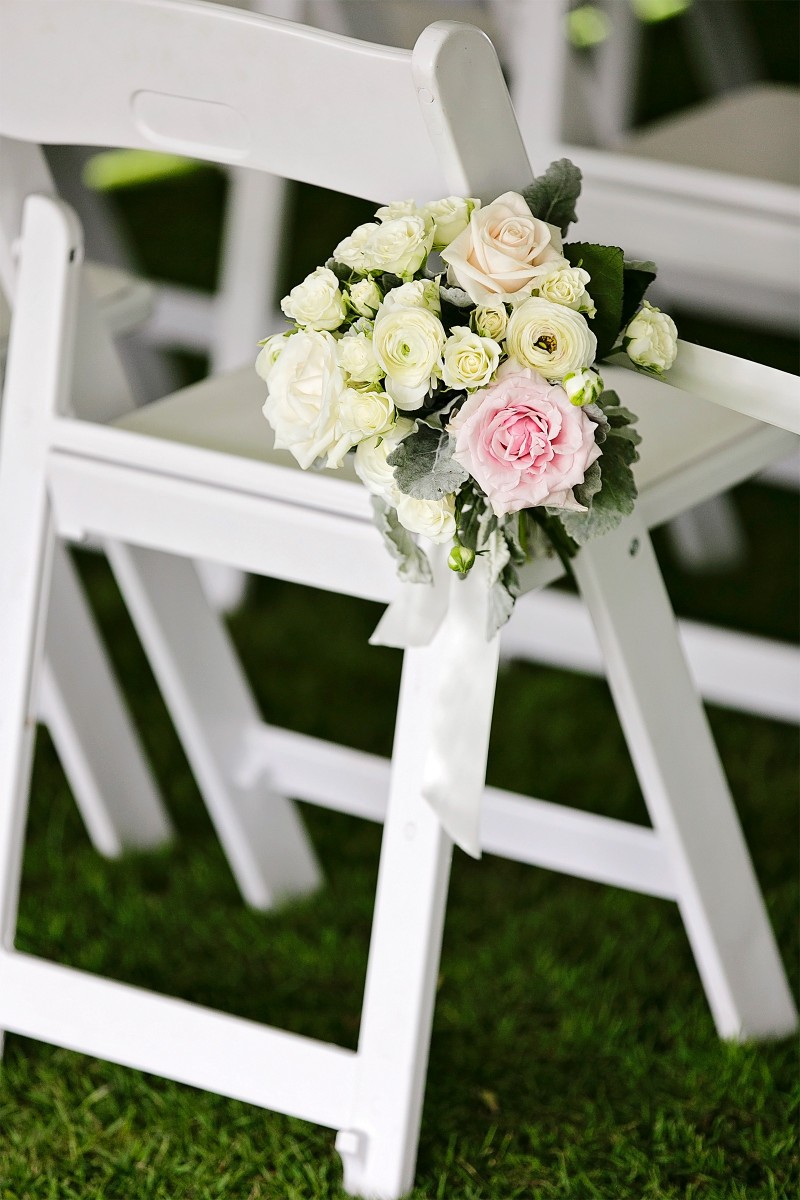 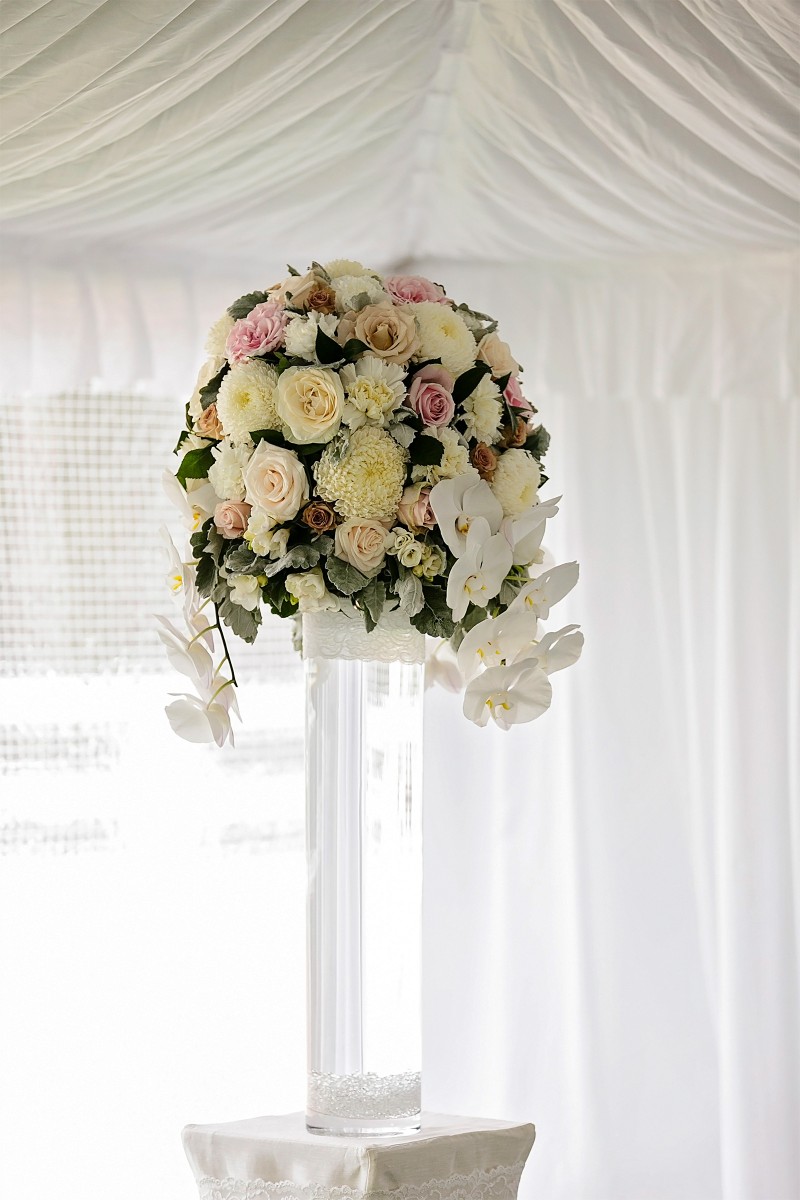 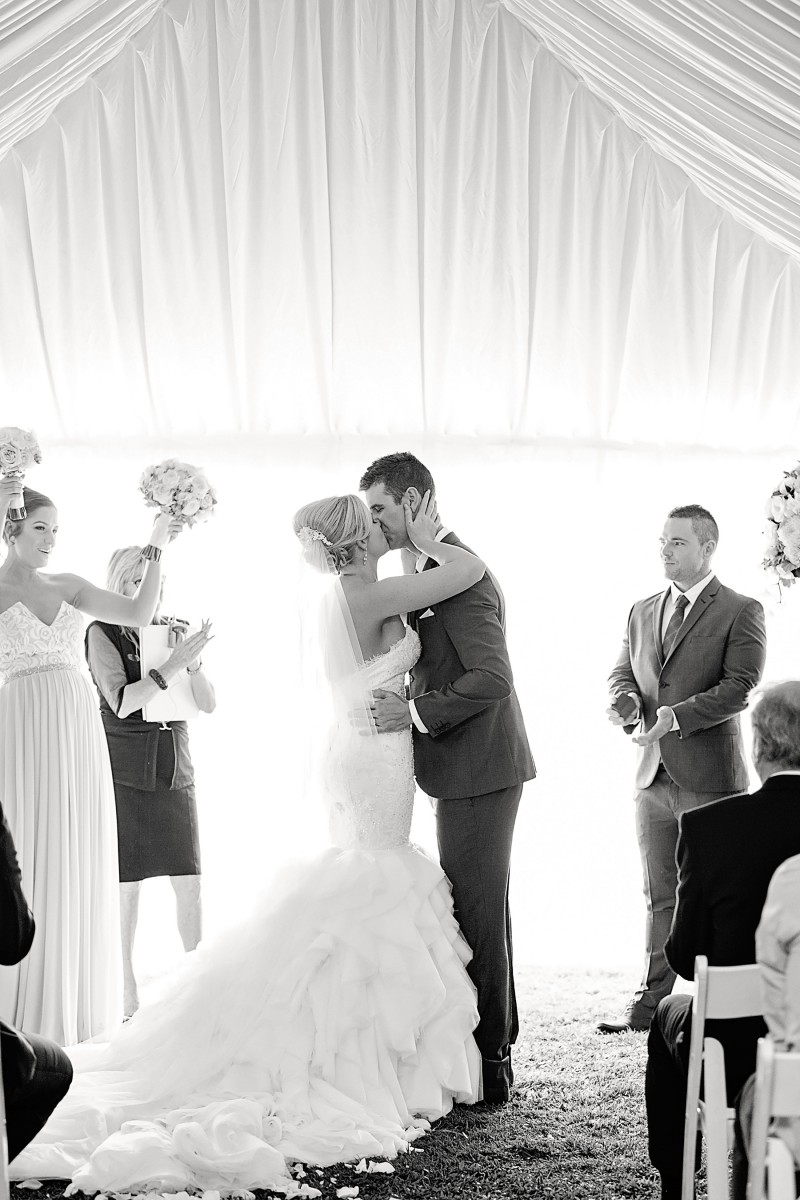 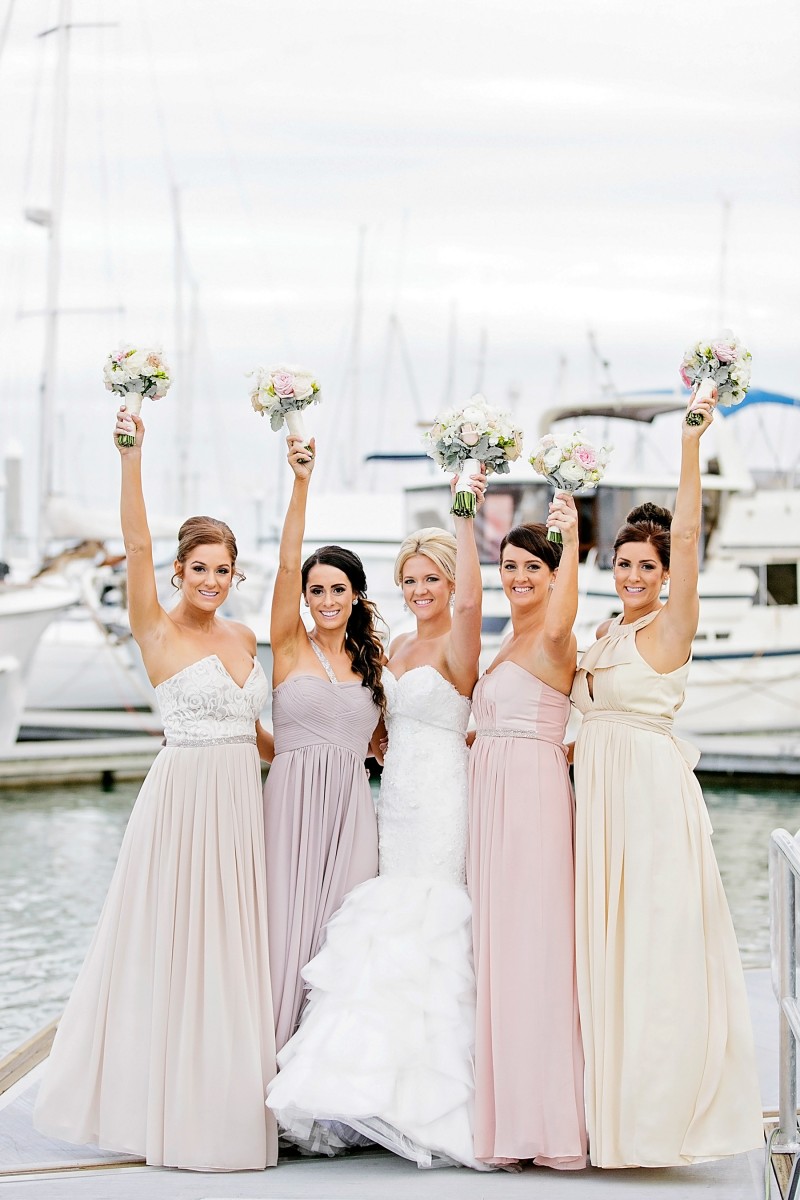 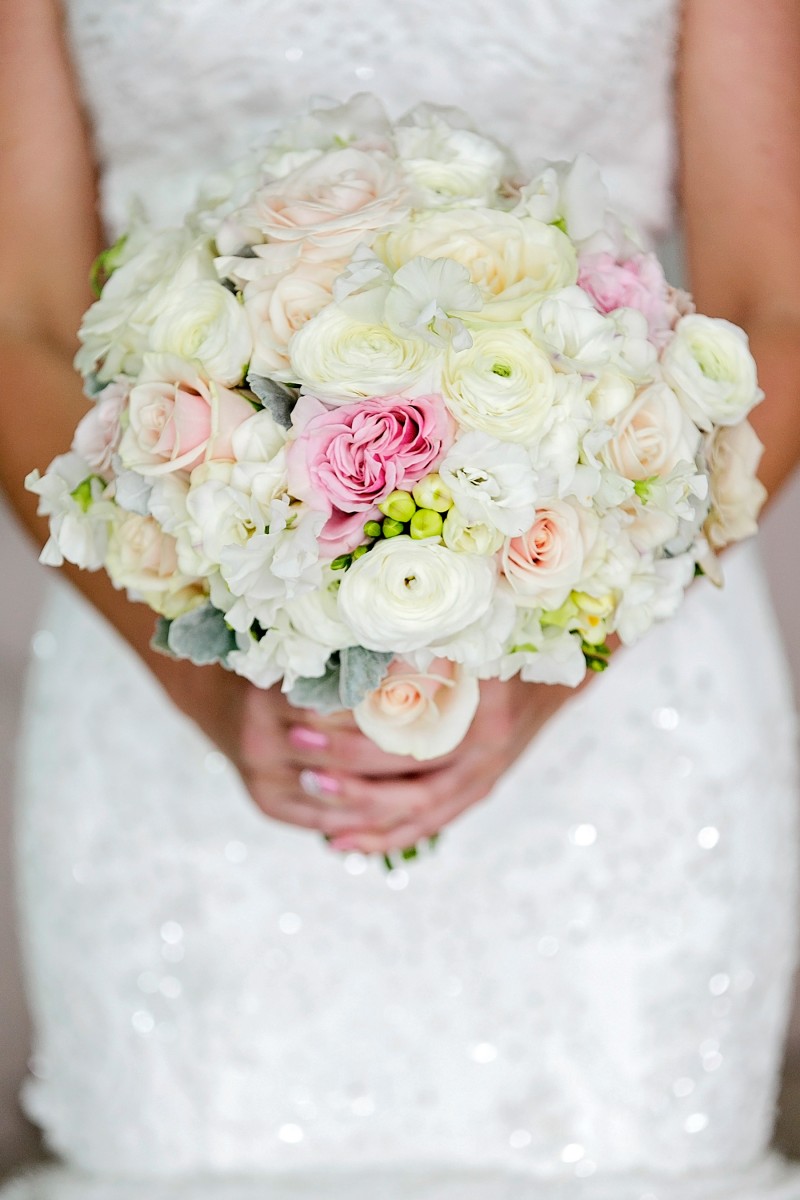 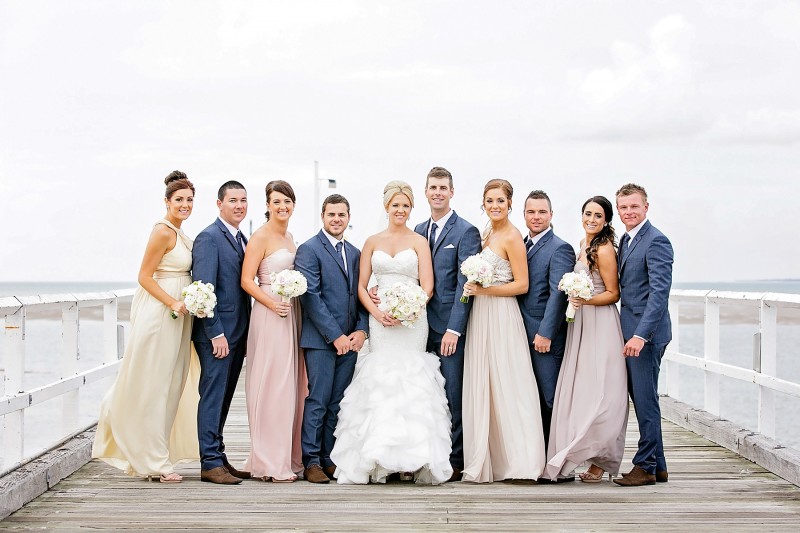 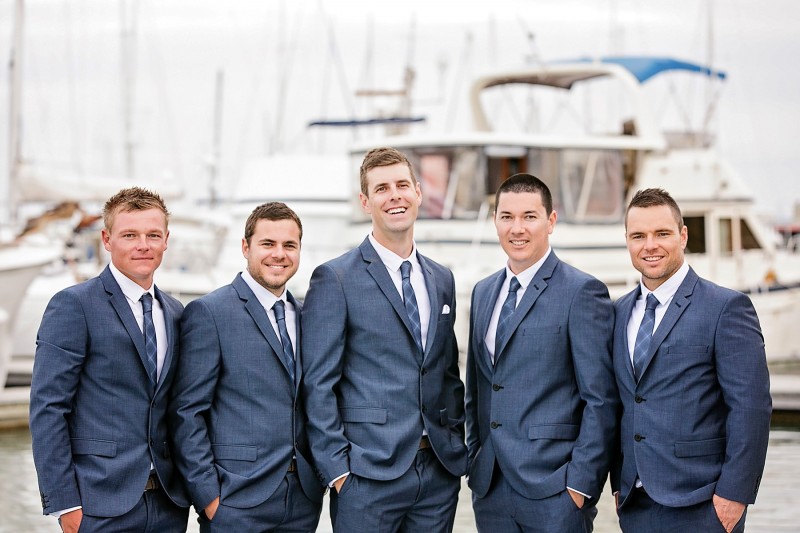 Casy’s stunning ruffled fishtail design was a custom make by Gowns of Elegance. 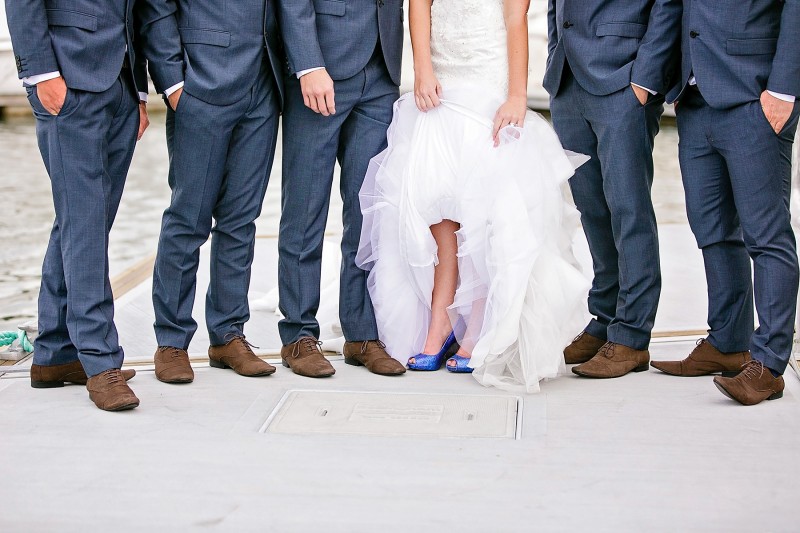 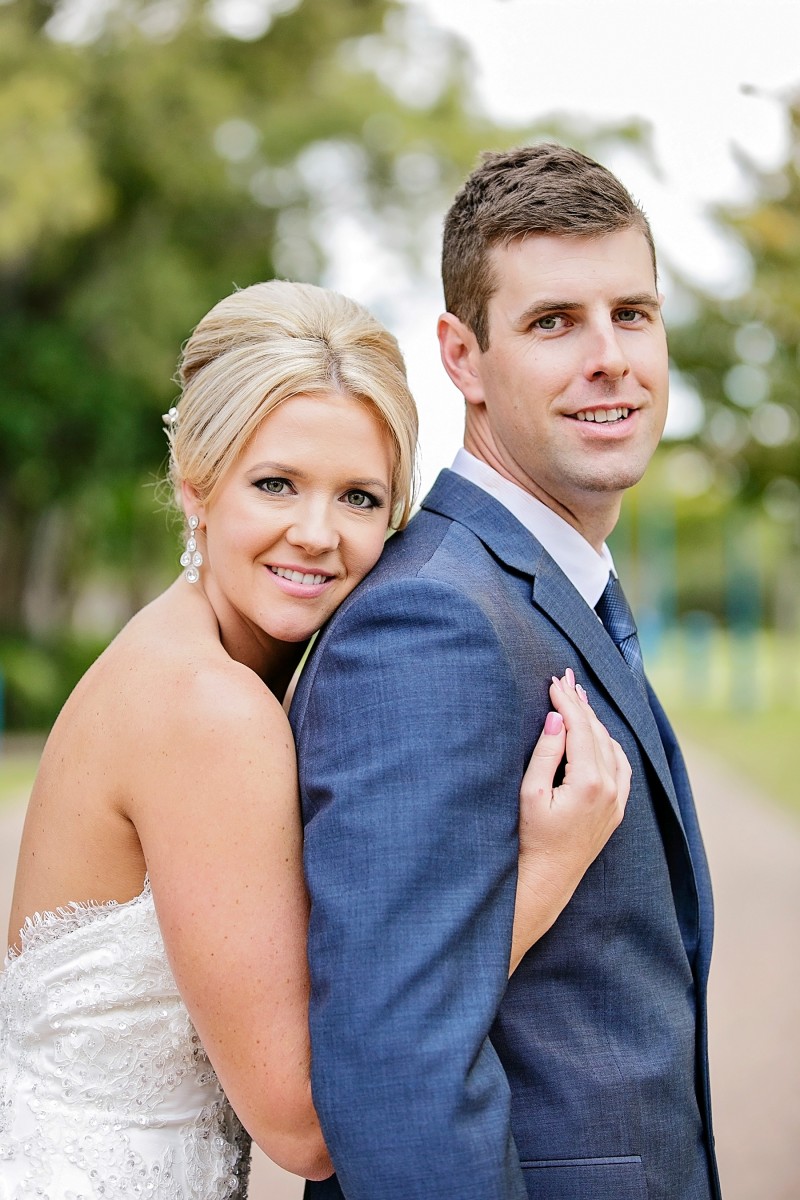 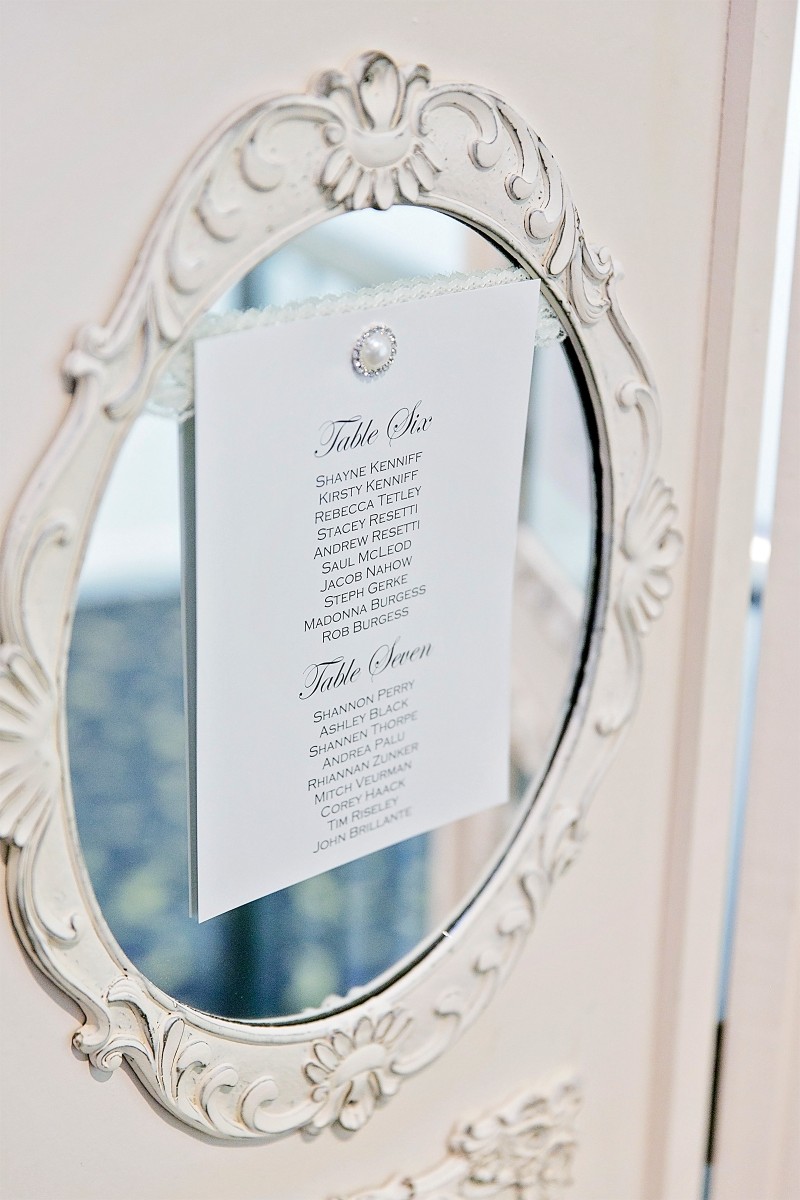 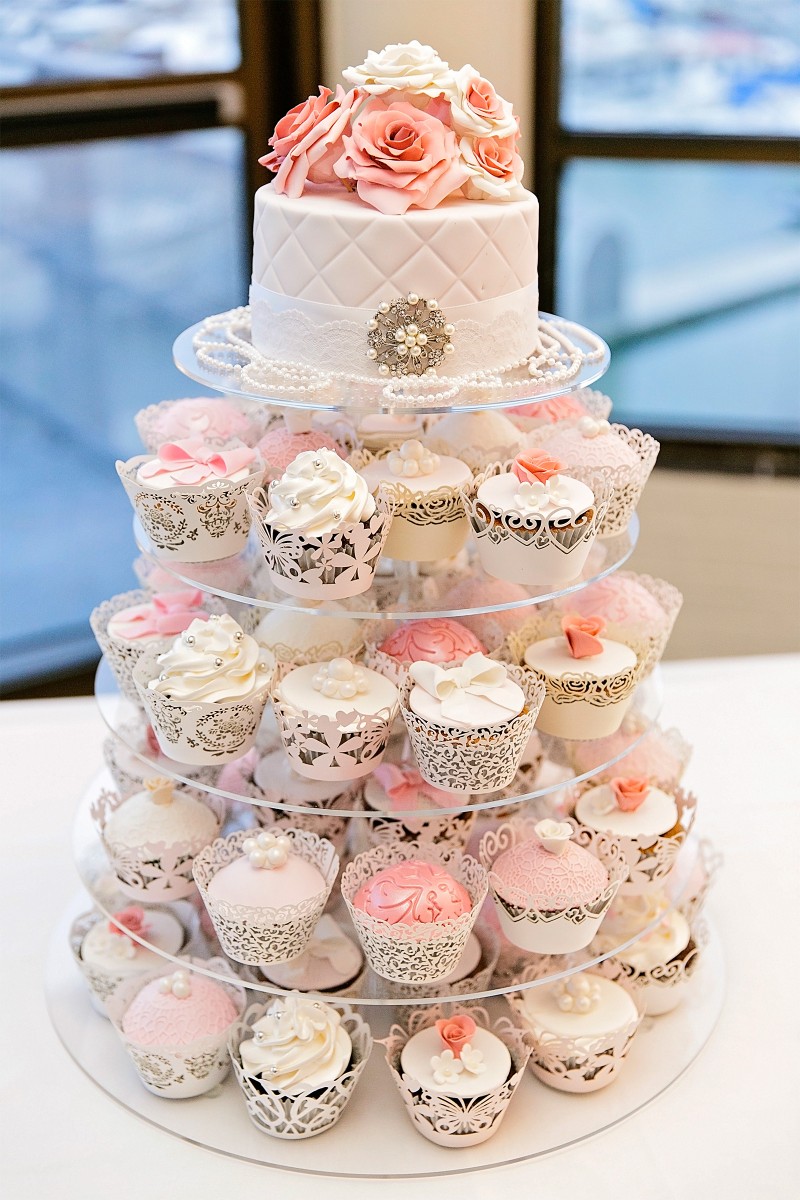 The delicate palette continued throughout the styling including the pretty laser cut patisserie cases. 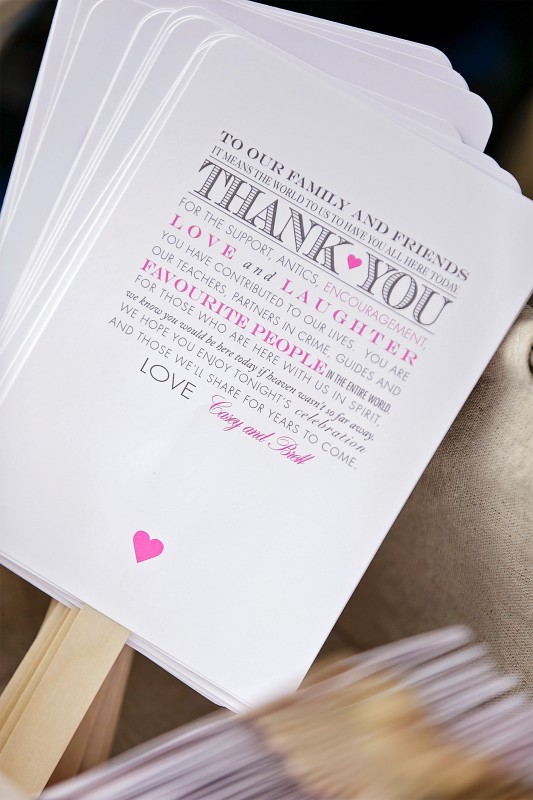 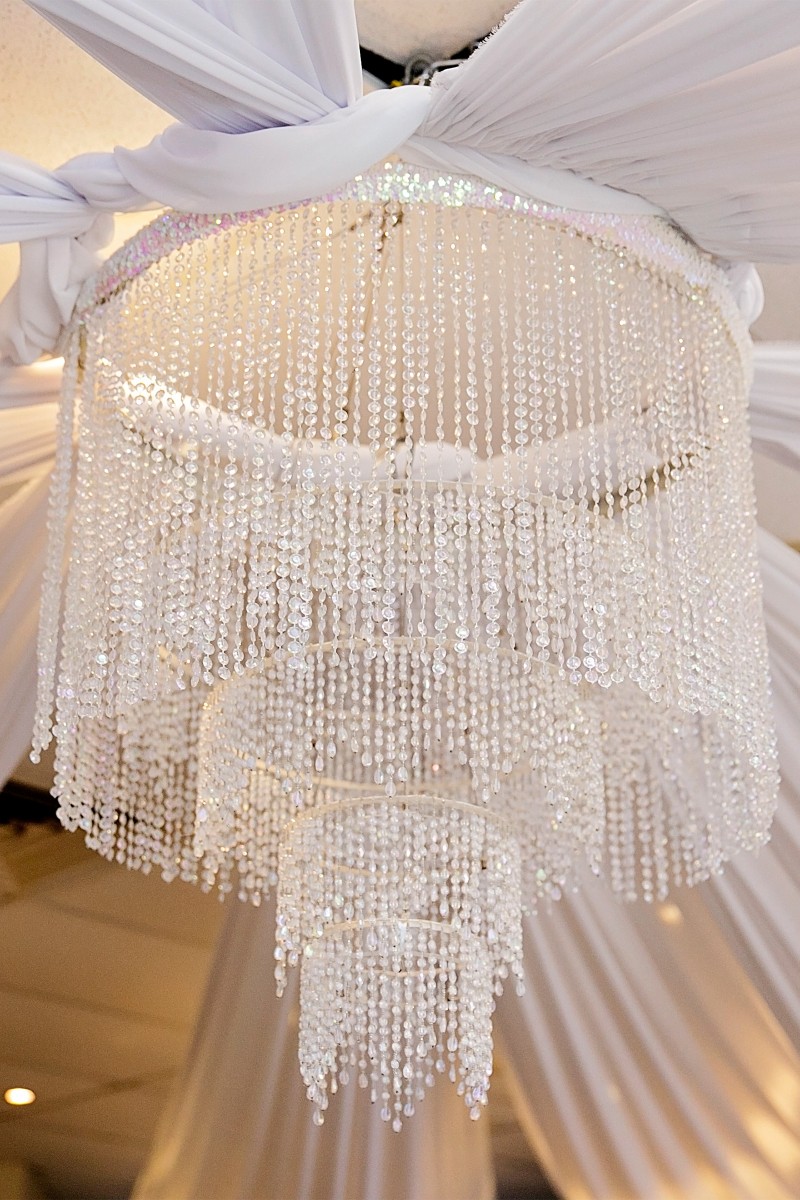 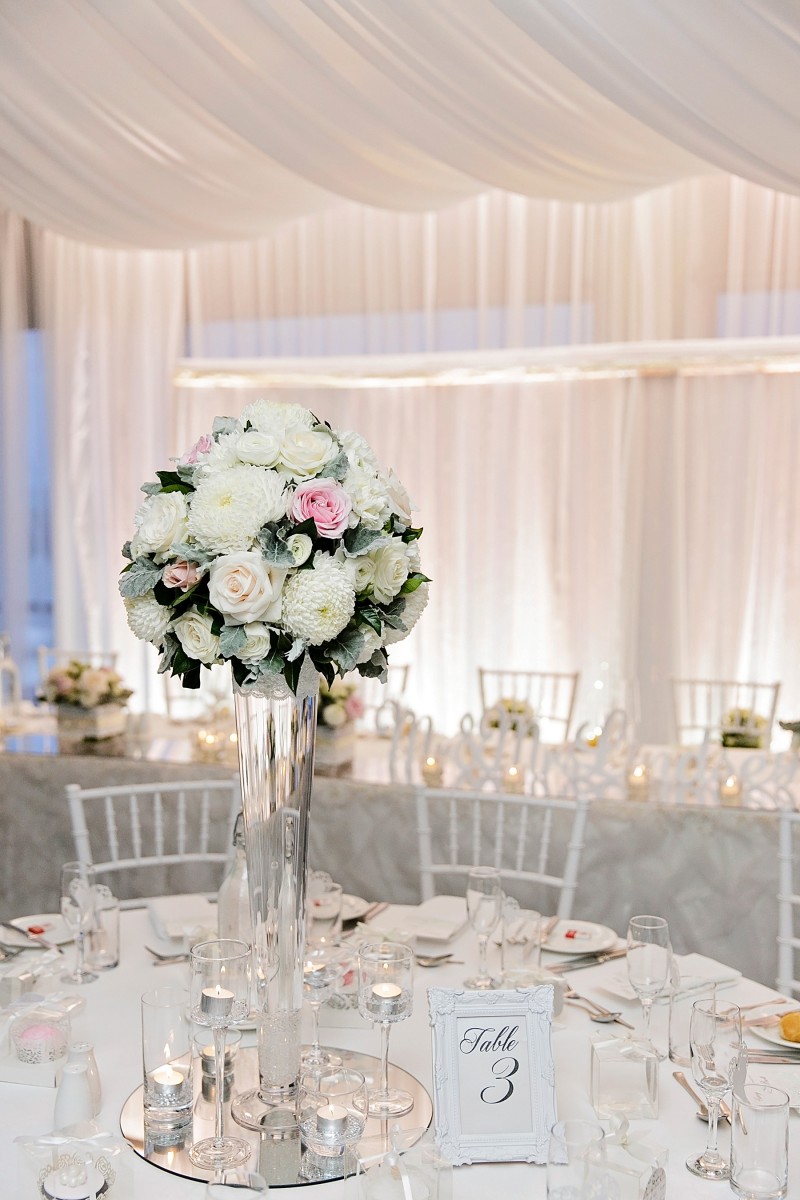 “We have recently returned from our unforgettable honeymoon where we visited beautiful Greece, the Greek islands, Italy and Dubai,” says Casey.