There are those couples that ban mobile phones on their wedding day, and those that fully embrace the digital age by creating a wedding hashtag for guests to upload their happy snaps to Twitter and Instagram for the rest of the party to enjoy. See this wedding hashtag inspiration from real couples:

Regardless of your stance on social media and its role in documenting wedding celebrations, there’s no denying the creativity and comedy packed into these 20 wedding hashtags used by real couples… Perhaps they could inspire your own wedding hashtag?

Reddit contributor AdrianLou told the social media site of his friends who wed to share the surname ‘Younge’, which naturally became a play on the phrase, ‘forever young’. While we’re not privy to their wedding playlist, we can only imagine it involved Bob Dylan’s classic ’80s hit, Forever Young!

Huffington Post guest contributor Kristen Ley joined forces with finance Josh Green to create a wedding hashtag that not only played on a timeless idiom but also rhymed, as well as incorporated the couple’s new surname AND wedding year… That’s one wholesome hashtag! 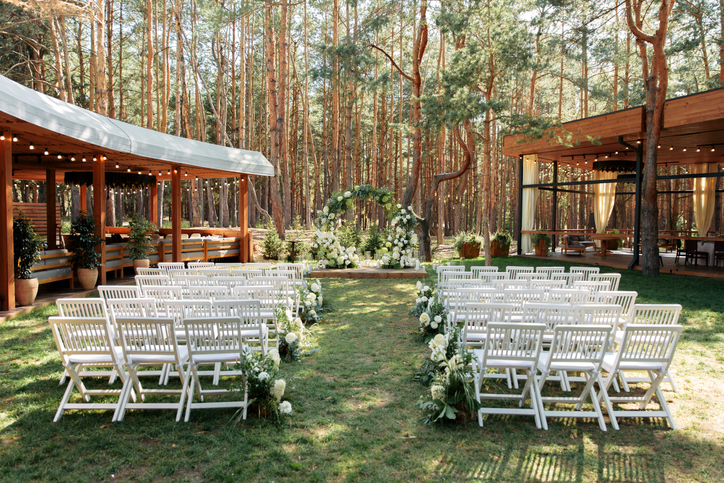 Another Reddit punter (and likely Star Trek enthusiast) tells of their somewhat lengthy wedding hashtag, foretelling of a long and financially fruitful union.

One online forum contributor revealed a friend of a friend’s hairy hashtag, in line with the bride’s renowned ‘ridiculously huge eyebrows’. 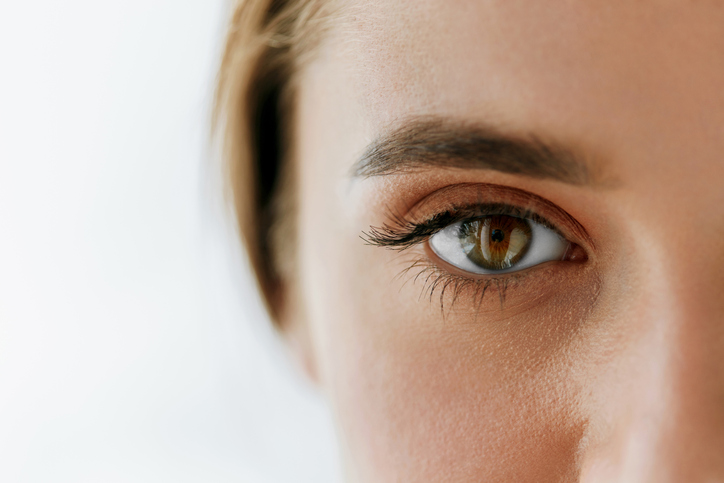 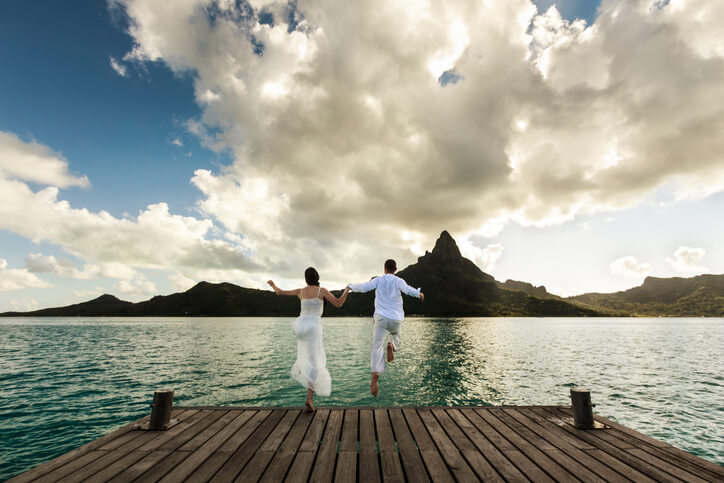 One debatably lucky couple already shared the same surname before tying the knot. Reddit reveals that instead of changing her name (to the same name), the running joke was that she would add a squared2 symbol to her surname. Instead, the couple created a fitting wedding hashtag to symbolise their double-dealt surname.

One wedding-goer tells of their friends’ September nuptials, resulting in a memorable wedding hashtag, and an unforgettable anniversary month… And Mr Swartz stayed happily in the good books forever after! 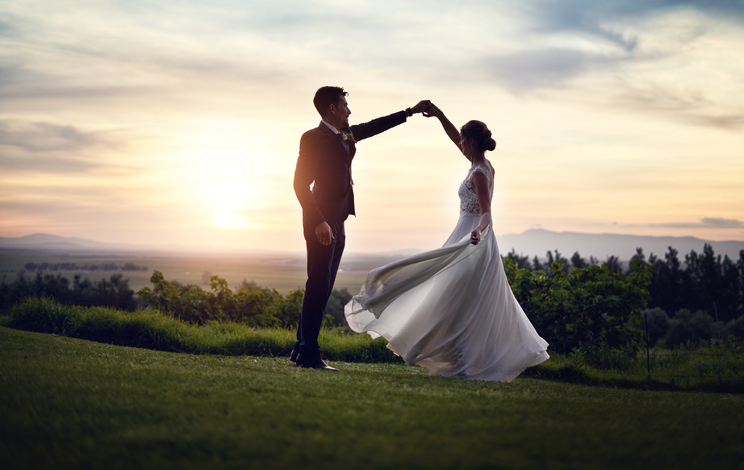 If you were the Bakers – getting married in a barn – how could you resist the alliteration of a little B-on-B? And that’s exactly what one couple did, according to their Facebook friend in an online forum. 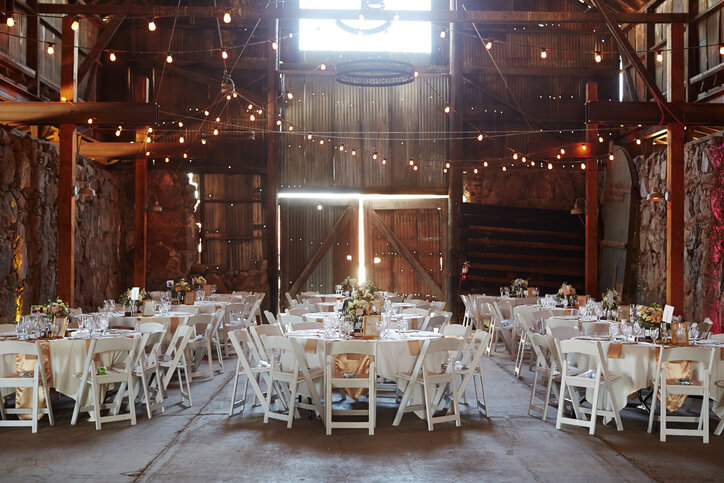 An accidental wedding hashtag came into being when a bride-to-be thought she was sending a wedding photoshoot invite to friends. It turns out she had a wrong number, but that didn’t stop the recipients from RSVP’ing – and actually showing up.

“You have the wrong number but me and my boys will be there,” the recipient responded to the bride’s accidental invitation.

“Oh sorry! Not an invite to strangers,” the bride replied, to which the wannabe-partygoers wrote, “We still coming.”

Needless to say, the hashtag trended on Twitter, later sparking rumours of the incident’s authenticity. Either way, it turned out to be one awesome wedding hashtag, with all-inclusive photo shoot proof.

Casey and Ross Holton married in the small coastal Californian resort destination Pebble Beach in 2014 with an ever-appropriate hashtag drawing on Ross’ surname and the 1900 best selling novel, ‘To Have and to Hold’, by American author Mary Johnston.

Christie Woolf Flaherty will forever be known as the bride to make light of a bad situation when she revealed to SHAPE Magazine that she broke her arm exactly a week before her wedding during a surprise bridal shower, causing her to have surgery that resulted in a fashionable white wedding splint. 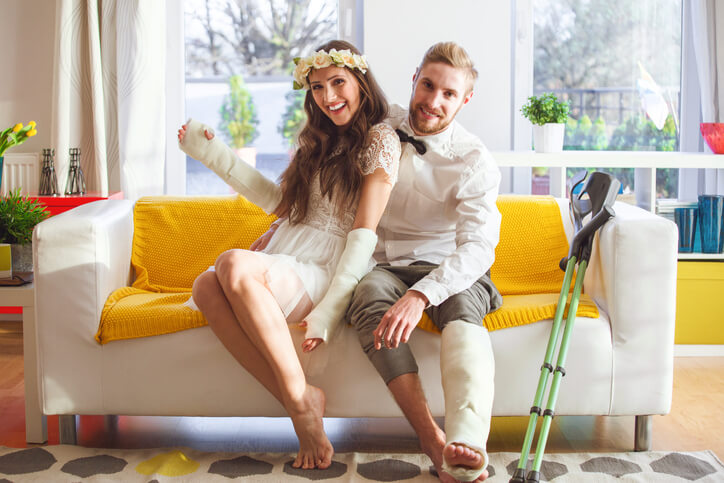 When Shaina Friedman was planning to become Shaina Wright, she told SHAPE Magazine that her and fiancé Zak wanted all their wedding guests to enjoy their day as much as them, which required everybody being in the ‘Wright state of mind’ – focusing on laughter, love, and joy; the perfect wedding potion!

At first glance, it may look a bit raunchy. However, Kelly Butler and now-husband Ryan Rauch (pronounced ‘wow’), cleared up any confusion as to the pronunciation of their new shared surname when they invited wedding guests to get rowdy – in a round about way – with their provocative wedding hashtag, #LetsGetRauchy. 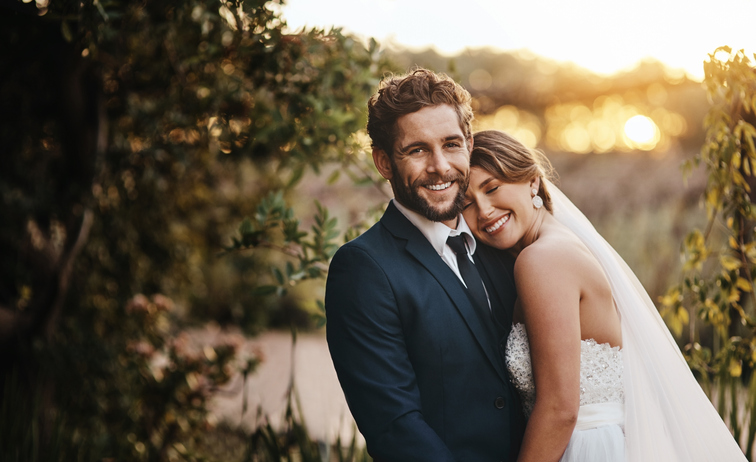 Kaylene Meredith told SHAPE Magazine how she and her partner attended prom together and began dating a month later, so when their wedding day finally arrived, they used the ever appropriate hashtag, #Promdate2Lifemate.

Kayla Pippin and husband Dustin Hale of Manchester in Georgia had one ‘hale’ of a wedding when they tied the knot in 2014. 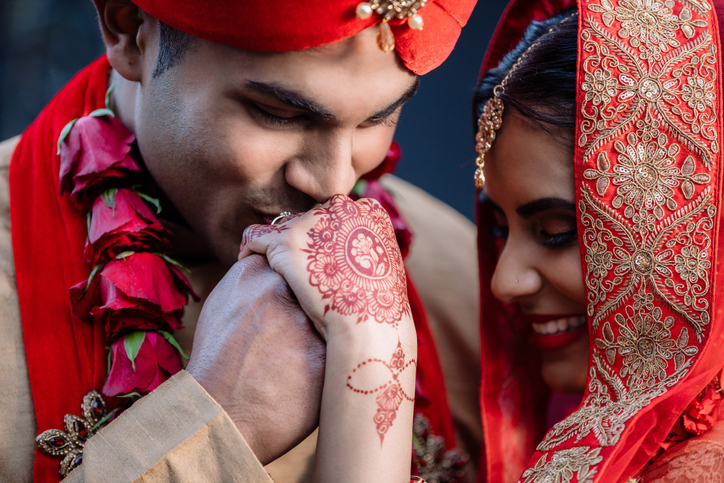 With a groom’s last name like Kress, how could you pass up the opportunity to use it as a play on words for your wedding hashtag? The newlyweds that shared their hashtag with Asia Wedding Network seized the opportunity!

Reddit user CrAzyCatDame toyed with the idea of using #ThirdTimesACharm as her wedding hashtag – a playful nod toward the pair’s two previous failed marriages. Though some redditors believed the hashtag to be a bad idea, others saw it as a quirky way to make light of the situation. 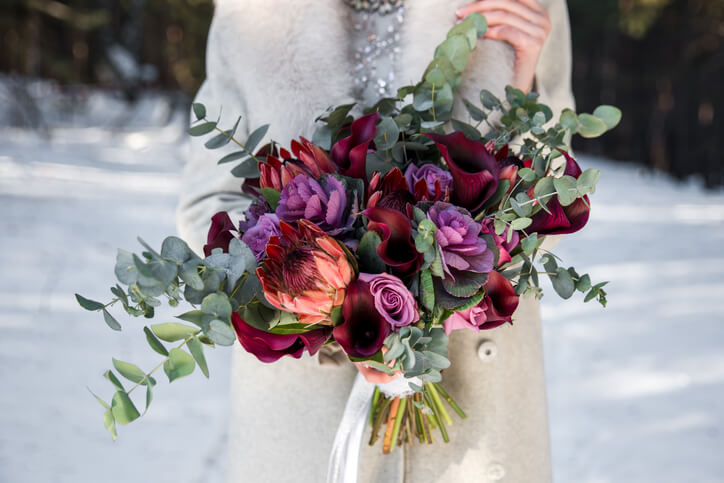 Not only does this hashtag rhyme perfectly, but it acts as a subtle reminder for when guests are expected to turn up!

Reddit user ladyaccountant shared her friend’s wedding hashtag. As the friend was widely known for his bushy Italian eyebrows, it made sense to include them in the playful wedding hashtag. 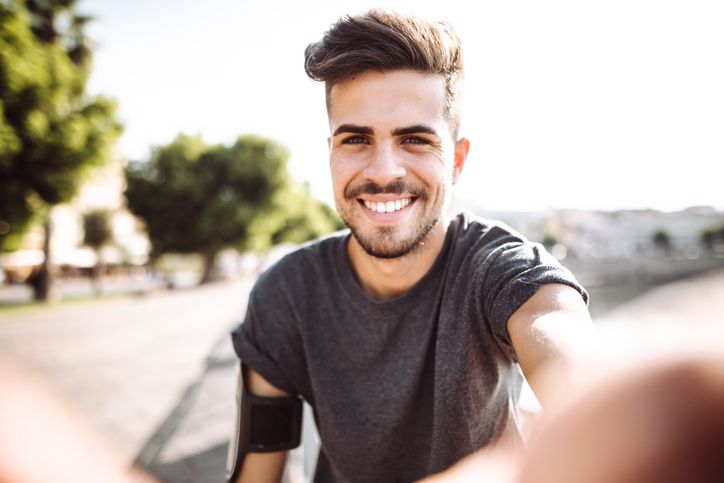 User creative_username_1 used their last name ‘Feather’ in their wedding hashtag – a nod to the saying ‘Birds of a feather flock together.” 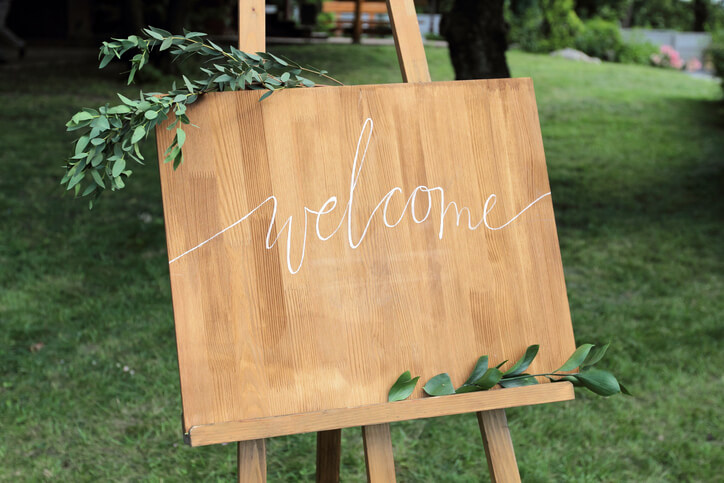 But… how do I create my own hashtag?!

The key is to use puns, alliteration and “in-jokes” to create something really personal. Write down both of your names and any wedding related words and things that are unique to you as a couple have a brainstorm and see what you can come up with. See more wedding hashtag inspiration here. 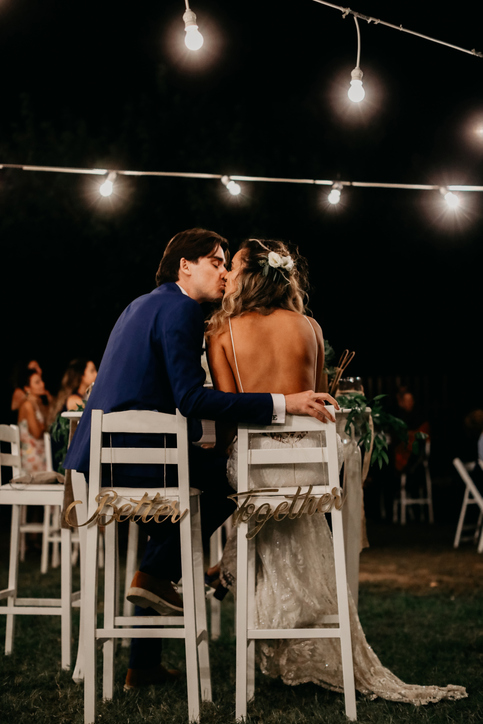