The grooms speech is usually sandwiched between the father of the bride and the best man, and for that reason is often a little overlooked. These top tips will help you give a memorable performance: 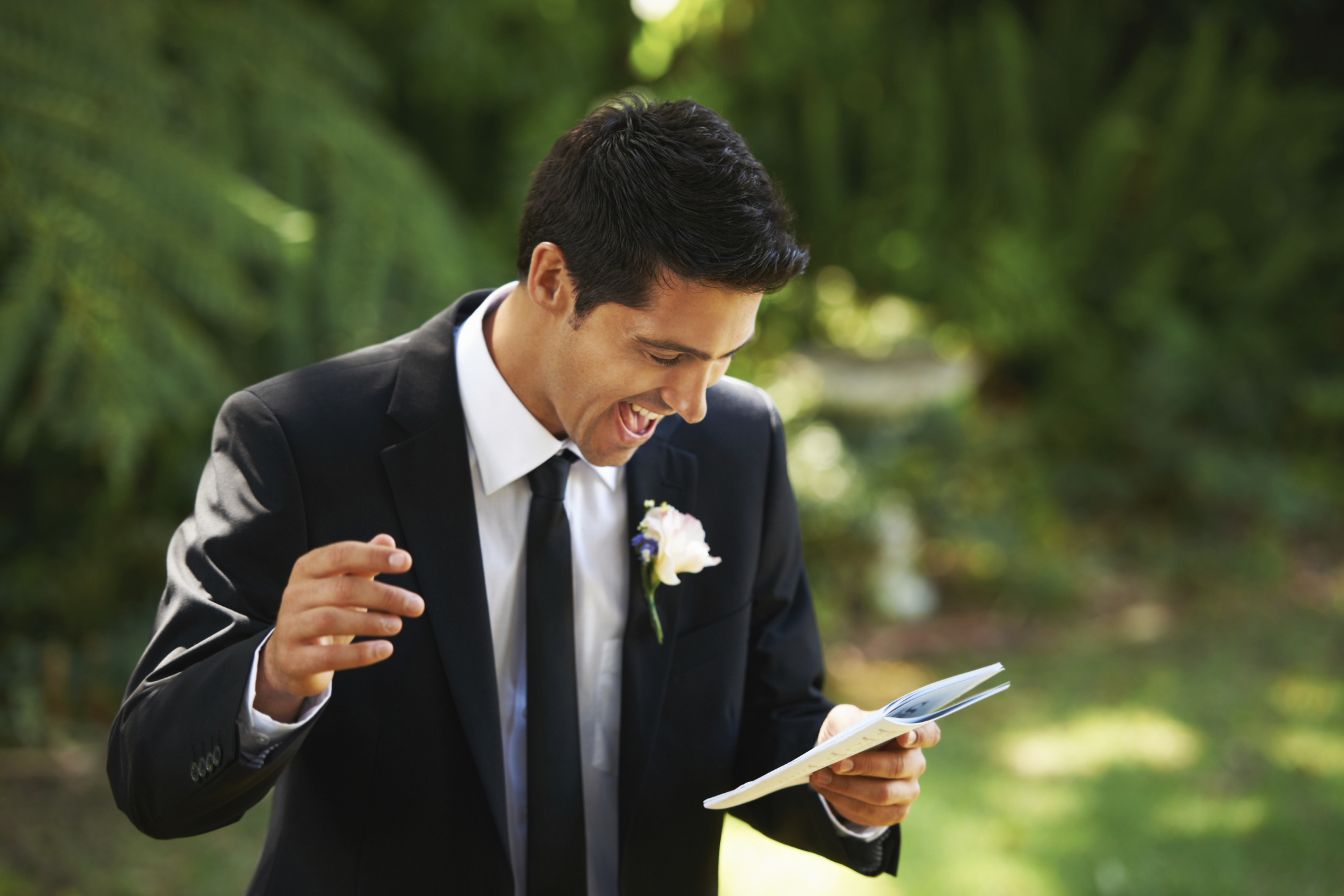 Give thanks as a couple

Most grooms start their speech by thanking their guests for coming and thanking everybody involved in planning the wedding including parents, the bridal party, and anyone that has made a contribution such as baking the cake or making bomboniere. The groom should remember to ask his wife if she wants to thank any particular individuals as he is speaking on behalf of the two of them. Some couples now choose to make a joint speech.

Do mention your father-in-law

If the groom is a naturally funny public speaker, it is fine to inject a little humour into the speech. He shouldn’t feel the need to force this though; the groom’s speech can get away with being serious and heartfelt. The groom should never make jokes at the bride’s expense or include smutty jokes that won’t be appreciated by some of the guests. Humour is really the domain of the best man.

Present gifts to the bridal party

The groom’s speech is a good opportunity to give thank you gifts to the bridal party to show your appreciation for all the hard work they have put into the wedding. They should be sure to ask someone to help them with this so they don’t have to leave the room in the middle of their speech to collect the presents. Make sure the gifts are well labelled so the groom doesn’t give cufflinks to the mother of the bride and perfume to the best man. 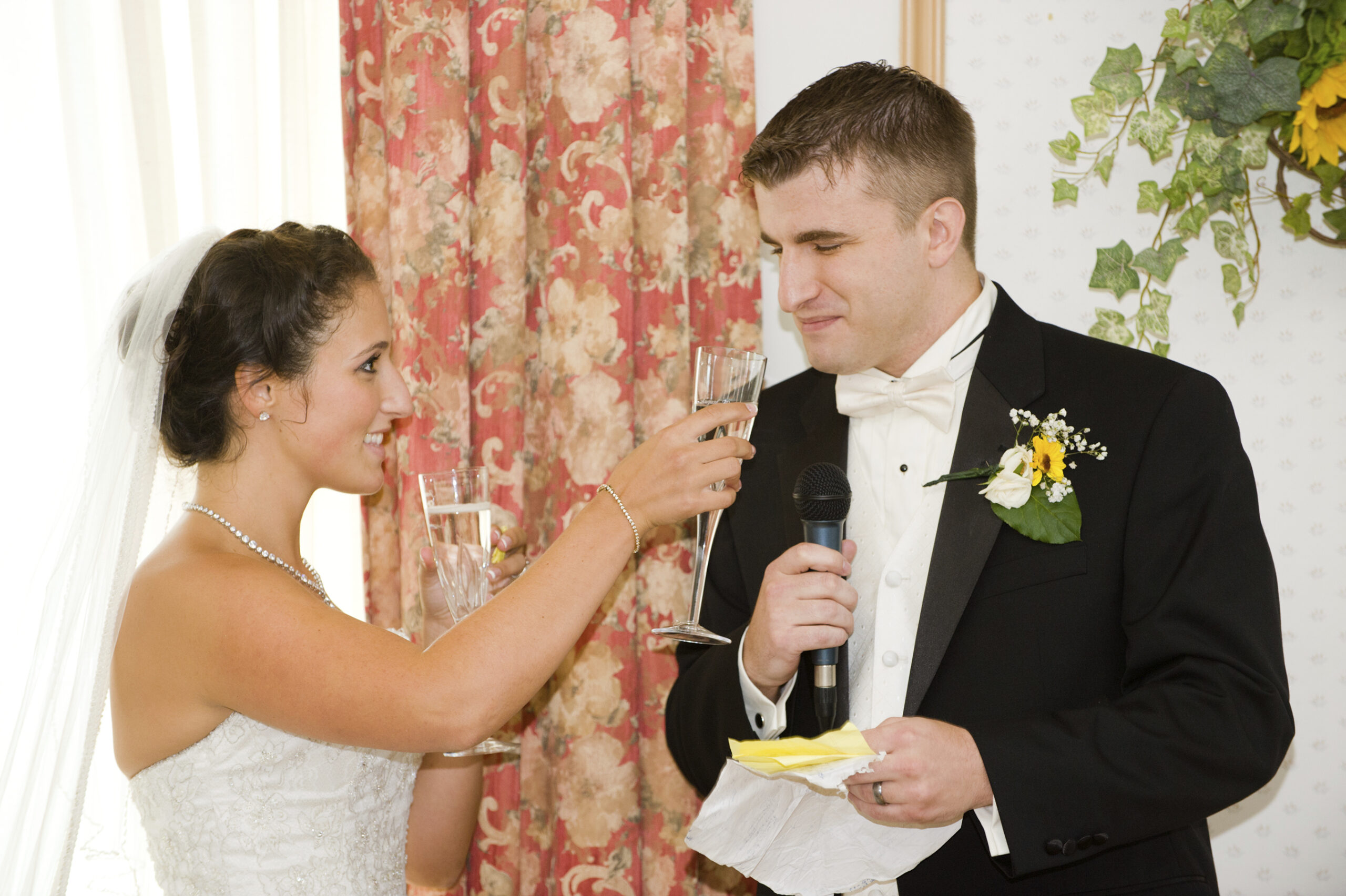 Prepare for the speech

The groom should limit the alcohol he drinks before the speech. The slurring, rambling, and bad language that tends to accompany tipsiness probably won’t endear him to the bride’s relatives. He should practise the speech over and over so he is sure to get it right, but if he does stumble over a line he can just laugh it off; the guests really won’t mind.

Dedicate part of the speech to the wife

The most important part of a grooms speech is the part where he talks about his feelings for his new wife. He should address this part of the speech directly to her and tell her how happy she has made him, how he can’t believe his luck, and how he is looking forward to building a future together. He should use specific anecdotes, such as the moment he realised he was in love and would be with her forever. Finally he should tell her again how beautiful she looks.

End with a toast

Traditionally the grooms speech ends with a toast to his new wife. After all, she is the star of the show. By now the groom should realise that once again this is a great opportunity to mention how pretty the bride looks. It’s better to mention it five or six times during his speech than not at all!