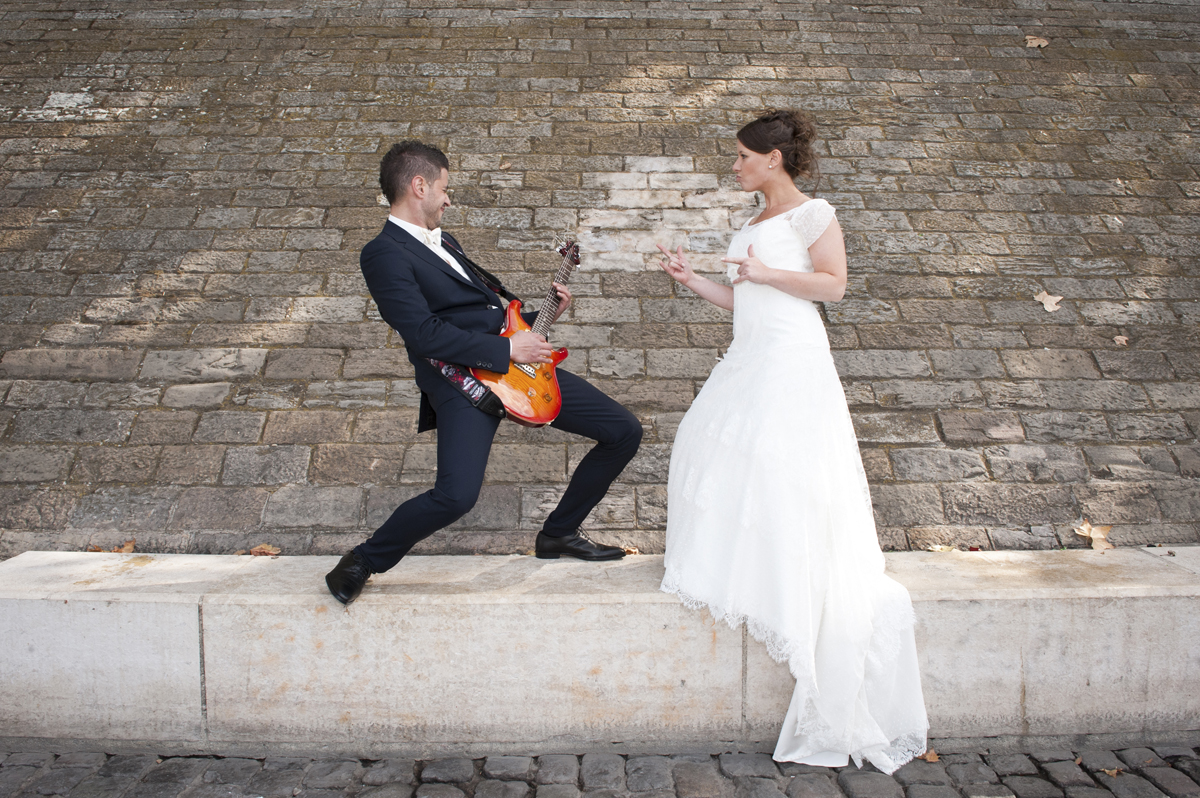 Processional? Prelude? Recessional? When it comes time to choose the music for your wedding, all of the various terms that are used can be most confusing.

Picking the perfect music to walk down the aisle to or to accompany your first dance is difficult enough without being bamboozled by the official names used for each section of the musical program for your big day. Check out these easy explanations of what each name refers to and at what stage of the wedding it should be played.

It is nice to have some music playing in the background as your guests arrive and take their seats. This is known as the prelude music. The music you choose is going to set the tone for your wedding so it needs to work well with the rest of your music choices. You may want to choose a couple of songs depending on how early your guests are going to arrive.

Sometimes, as noted above, the Bride enters during the processional, but if she is to enter separately then her music is often refered to as the ‘Bride’s entry’. This is perhaps the single most emotional moment of any wedding ceremony and as such the music chosen should match the sentiment of the day – but also reflect the bride’s personality. There are, of course, the traditional wedding march, but many modern brides choose more contemporary music including favorite love songs.

A pieces of music is often played during the ceremony when there is a lull in proceedings. Often this is when the couple and their witnesses are signing the register and certificates required to legalize their union. This is refereed to as the interlude. Classical music or instrumental versions of your favourite music are popular choices at this point in the ceremony, but it can be any tune the couple likes that reflects their tastes in music. 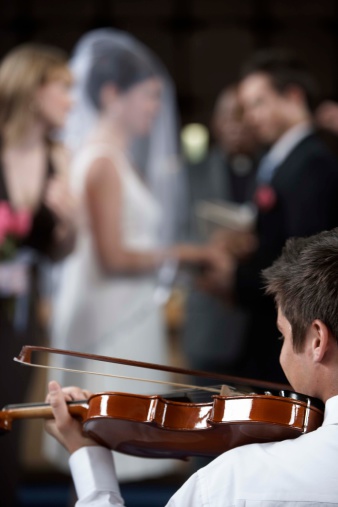 The recessional is the piece of music played as the newly married couple and their attendants walk back down the aisle at the end of the ceremony. This is generally an upbeat piece of music and often couples will choose ‘their song’ or a song that they feel sums up their relationship. It does need to be fairly long to give everyone a chance to leave the ceremony room as the guests will often follow the bridal party out.

During the wedding breakfast (if you’re having one)

It is sometimes a nice idea to have some background music playing softly to add ambiance to the room during your wedding breakfast. This should be easy listening which makes classical music a nice choice. However, there are also many modern songs that could be chosen for your playlist. The key is not to go for anything too loud our upbeat. You want to be relaxed at this stage and your guests will want to be able to chat.

If the bride’s entry is the big moment during the ceremony, then the first dance is its equivalent at the reception. This is when the couple will be presented to their guests as man and wife for the first time. This is the song that most couples have the most trouble choosing. It needs to be a song that you both love and which reflects your personalities. You and your guests will remember this song for a long time, so it needs to be right!

It is traditional for the father of the bride to dance with his daughter for the second dance and it is often an emotional moment. Even although he has probably already ‘given her away’ at the ceremony, it is this dance that is seen as her father finally handing his precious girl over to the care of her new husband. There is seldom a dry eye in the house! Emotional songs about the father/daughter relationship are the norm, especially the iconic ‘I Loved Her First’ by Heartland. However, some brides prefer a song that reminds them of childhood moments instead. You may wish to do an equivalent dance with the groom and his mother.

The music that plays throughout the rest of your wedding reception needs to be a good mix of modern songs and golden oldies. Weddings are one of the few ‘parties’ that include several generations on the guest list which means you need to have a good selection of music to fit everyone’s taste. It is good to give your band or DJ an idea of what you want them to play by creating a list of your favourite songs from every era.

It is becoming an increasingly popular tradition to have every single guest up on the floor to dance for the last song of the evening. Some areas have a traditional song that is always used, but if not then you need to pick a rousing tune that everyone is going to know.