On Sunday the 17th July,  Jeff and Kaylee decided to go to breakfast with Jeff’s sister, brother-in-law and their daughter near their home in Wentworth Falls, NSW. Unbeknownst to Kaylee, this was just the start of the biggest surprise of her life. 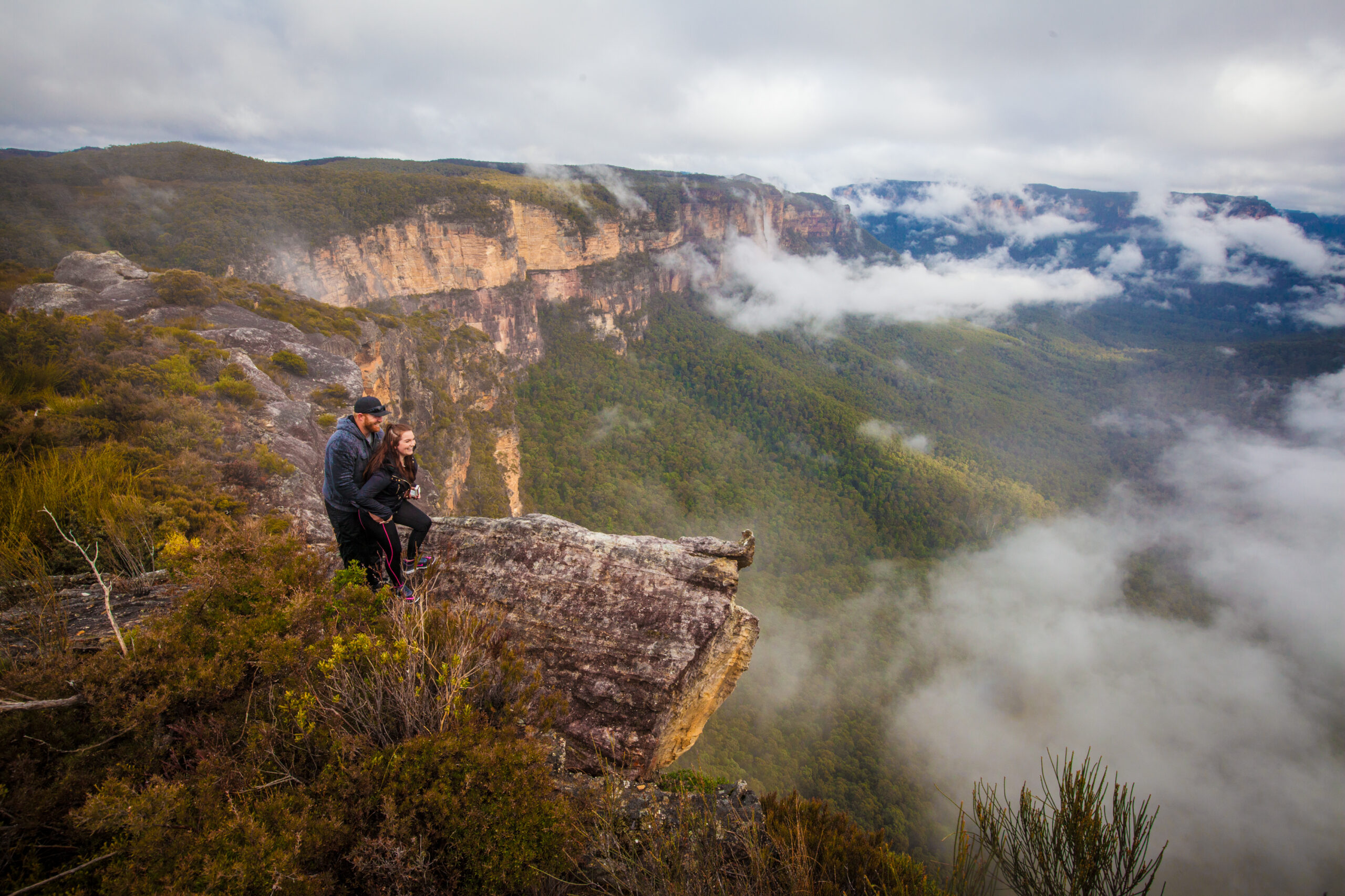 “Jeff and I had been together just shy of 3 years. We went to breakfast and the plan after that was to go for a four wheel drive down a track where we would park and go for a picnic.

Cain (Jeff’s brother in law) and Karly, his sister, are outdoor adventurers so this was nothing odd to me. Cain had assured us it was a really beautiful spot so I was super excited.

After a half an hour drive we parked the car and then walked about twenty minutes to a spot on the edge of the mountains. When we got there it was so beautiful… no one else was around! We all just stood around taking it in for a moment. Cain went up onto a rock on the edge of the cliff and was taking photo’s. What I didn’t know then was that he was testing the lighting.

Cain always makes you pose for photo’s, so it wasn’t strange at all that Cain was saying : “Come on guys come stand up here and we will take a few nice photos of you two together!”

Cain asked me to step across onto this rock, and I really didn’t want to get up there. I was freaking out! As I was stepping across, Jeff held one hand and Cain helped me over. I was really scared and Cain told me it would be “worth it”. Of course, I was thinking he was referring to some nice photos we would get! 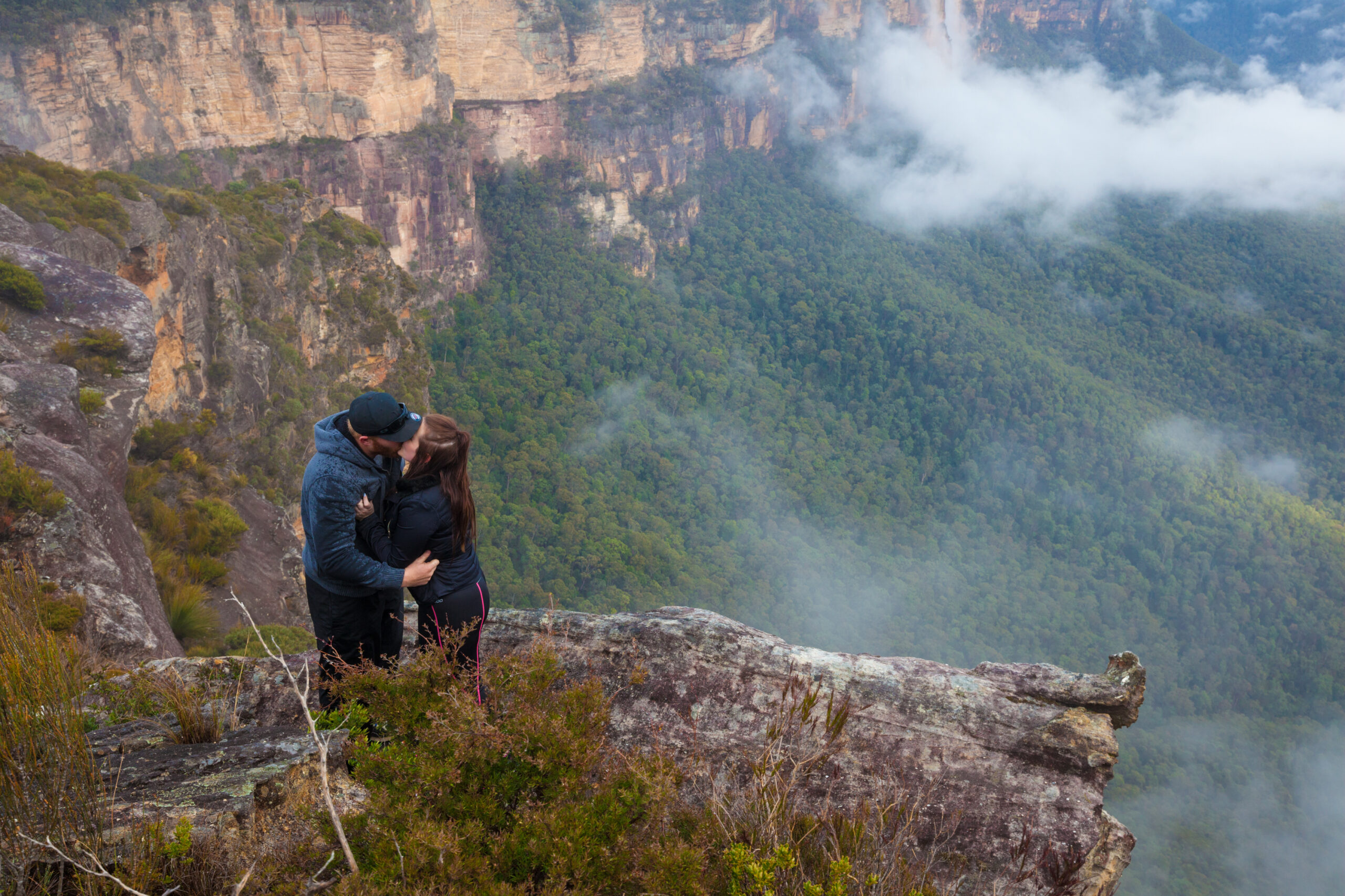 We finally got up onto the rock and Jeff was cuddling me from behind and I assumed it was so that Cain could get a few nice photos. Then he said:”we brought you up here for a reason today”.

I just started laughing because whenever we were somewhere nice he would joke and act as if he was about to propose… so I didn’t take him seriously. Then I felt him reaching into his pocket and my heart just stopped. He then presented me with my beautiful engagement ring and asked “will you marry me?”

I didn’t respond at first. I was just so completely shocked and not expecting it that I spun around and said, “Is this real? Is this a joke?!” Once he assured me that it was definitely not a joke I of course said YES!

We then climbed down off the edge of the earth and had a glass of prosecco together. I spent the rest of the day in complete shock, blissfully happy. 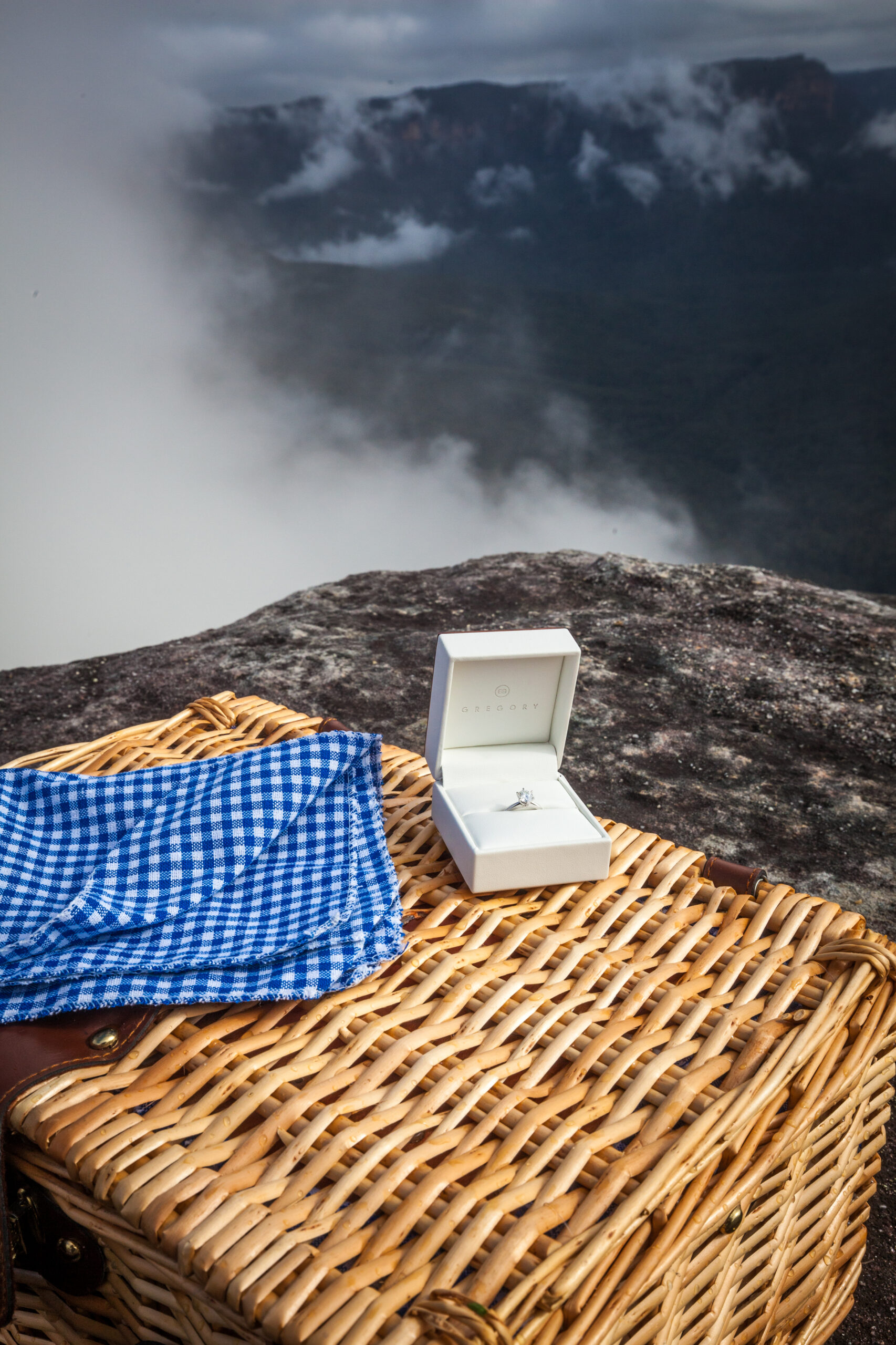 The best part of our proposal was definitely that he had thought it out so well and that we had a photographer with us to capture it. I also loved that it was so unexpected. It made the moment really special for us.”