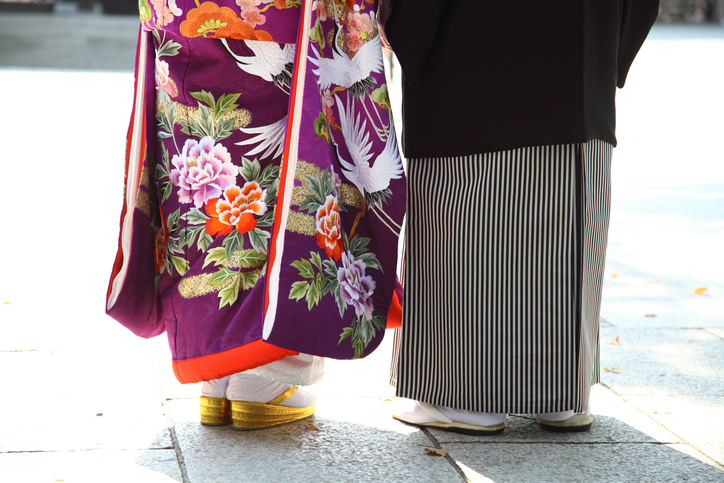 The engagement/betrothal ceremony or Yuino involves the meeting of the two families and the exchange of gifts. This was very common back when arranged marriages were still prevalent in Japan, and is less common today, but does still sometimes occur after a proposal. The gifts are usually a range of items, each representing a positive hope for the marriage, such as Shiraga (thread of hemp), which represents the wish that couple will grow old together or a fan that represents wealth and growth.

The couple wears a range of outfits

A couple of outfit changes are expected- especially for brides. Generally, in a traditional wedding, both members of the couples will wear traditional Kimono. Grooms usually wear montsuki, which is a formal kimono in black. The couple generally doesn’t have a bridal party. 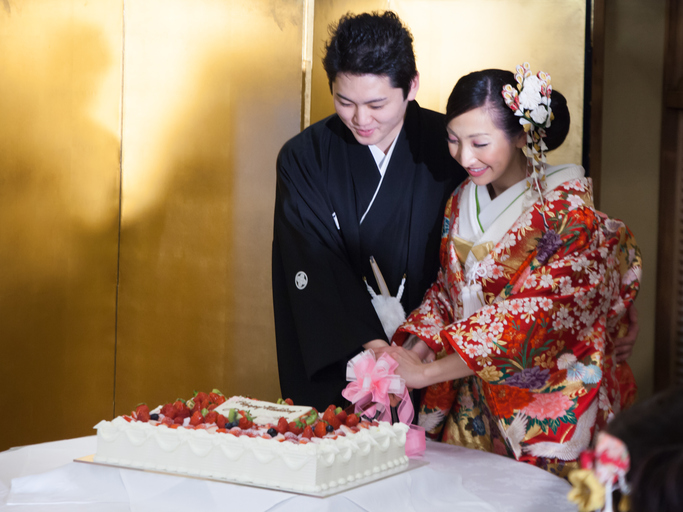 Even non-Christian couples may adopt elements of Christian weddings

In Japan, there are four main styles of wedding: Shinto, Christian, Buddist or non-religious. Many brides have been impacted by western culture and so now choose to wear white gowns and hold weddings in a Christian church even if they are not Christian themselves. Other commonly adopted wedding traditions include: cutting of the cake, exchange of rings, bouquet toss, and honeymoons. Sometimes, Japanese brides also adopt something old, new, borrowed and blue.

Before the nuptial cups, the couple is purified, meaning that they exorcised of evil spirits.

Instead of vows, the bride and groom drink sake, three times each from three different cups called sakazuki. Next, their parents take sips, which represents sealing the bond between the two families. Each person takes three sips of each of the cups- with all of the sips having a unique meaning. The first three represent the three couples, the second three sips represent hatred, passion, and ignorance (stay with me here) and the last three sips represent freedom from those three flaws. The term san san ku do means three, three and nine and the “do” is the part that means the deliverance from the flaws. Nine is a lucky number in Japanese culture. 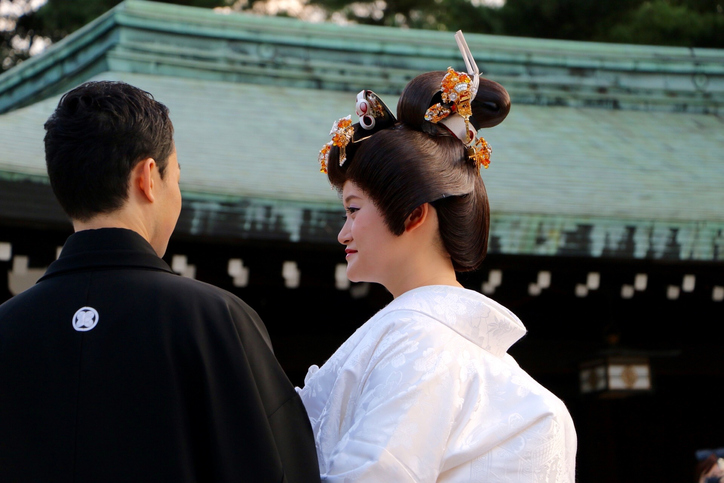 In ceremonies where the couple chooses a Shinto style, the bride will wear a traditional white kimono called “shiro-muku”. This symbolizes purity and the idea that the bride will become the colour of her new husbands family.  If the bride wears a colourful wedding kimono, it is called iro-uchikake. A bride wears her hair in a bun and carries a small purse called a hakoseko, a small sword called a kaiken and a fan in her obi belt which is said to represent her happy future.

If you attend a Japanese wedding reception, it is expected that you are to bring a cash gift in an envelope, called shugi-bukuro. Your name is to be written on the front of the envelope and handed to the person at the reception prior to signing the guestbook. Guests typically gift an average of 30,000 yen, which is about $350. 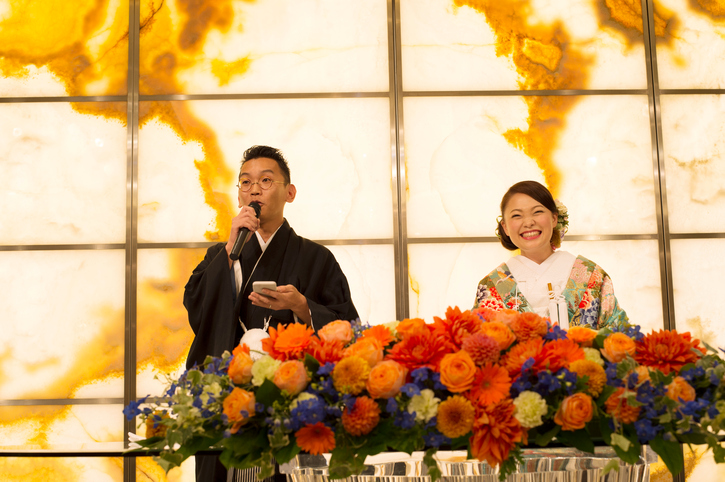 During the wedding reception, the couple sits on a stage. During this time, the guests often give speeches and performances like songs for the couple. After the couple cuts their wedding cake, they usually greet their guests and lighting candles.

Japanese weddings generally feature a colourful sushi display, as well as seabream, prawns and red rice. During the reception, there is also a ceremonial sake opening, where the lid of a sake barrel is broken open and then sake is served to all of the guests. This is called kagami-biraki.

Favours or bomboniere in Japan are called hikidemono, which is also called a wedding souvenir. Common wedding favours include sweets, sake cups, and tablewares. In recent times, a trend has emerged where guests can choose gifts from a catalogue. Japanese couples usually spend $40-90on bomboniere for their guests! 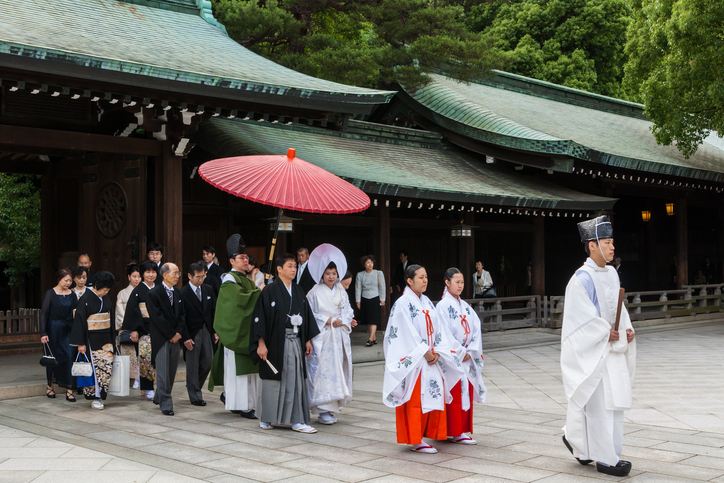 Did you already know of any of these Japanese wedding traditions?