Poor old Baron Brooks. The 48-year-old shop owner’s Dad placed a ‘wife-wanted’ ad in a local newspaper, without his son’s permission, in the hopes of finding him the perfect wife – an “attractive,” “conservative” woman who is “ready, willing and able to have children as soon as possible.” Naturally, it backfired, well, kinda.

Though the ad, which also stipulates Baron’s prospective wife must not have voted for Obama or “plan to vote for Hillary,” has been ridiculed widely online since it first appeared last week, but it has also received at least 12 responses from would-be wives keen to take Baron up on his 78-year-old dad’s offer.

Baron, from Salt Lake City, says he had no idea what his father, Arthur Baron, was up to and that, when he first saw the ad, he thought it was a joke.

The full-page advertisement, which cost $1200 (USD$900), requested that women who fit the criteria – and who were interested in his son,  turn up at the Coeur d’Alene Resort with a short, one-page description, background and a current photo  – and at least 12 did.

Understandably, the exercise had left Baron more than a little embarrassed and he’s quoted describing his dad as “nuts” and “neurotic.” Yet, he allowed his father to proceed with his plan and interview the respondents, so who knows?

Maybe Baron’s next appearance in the newspaper will be on the wedding pages? 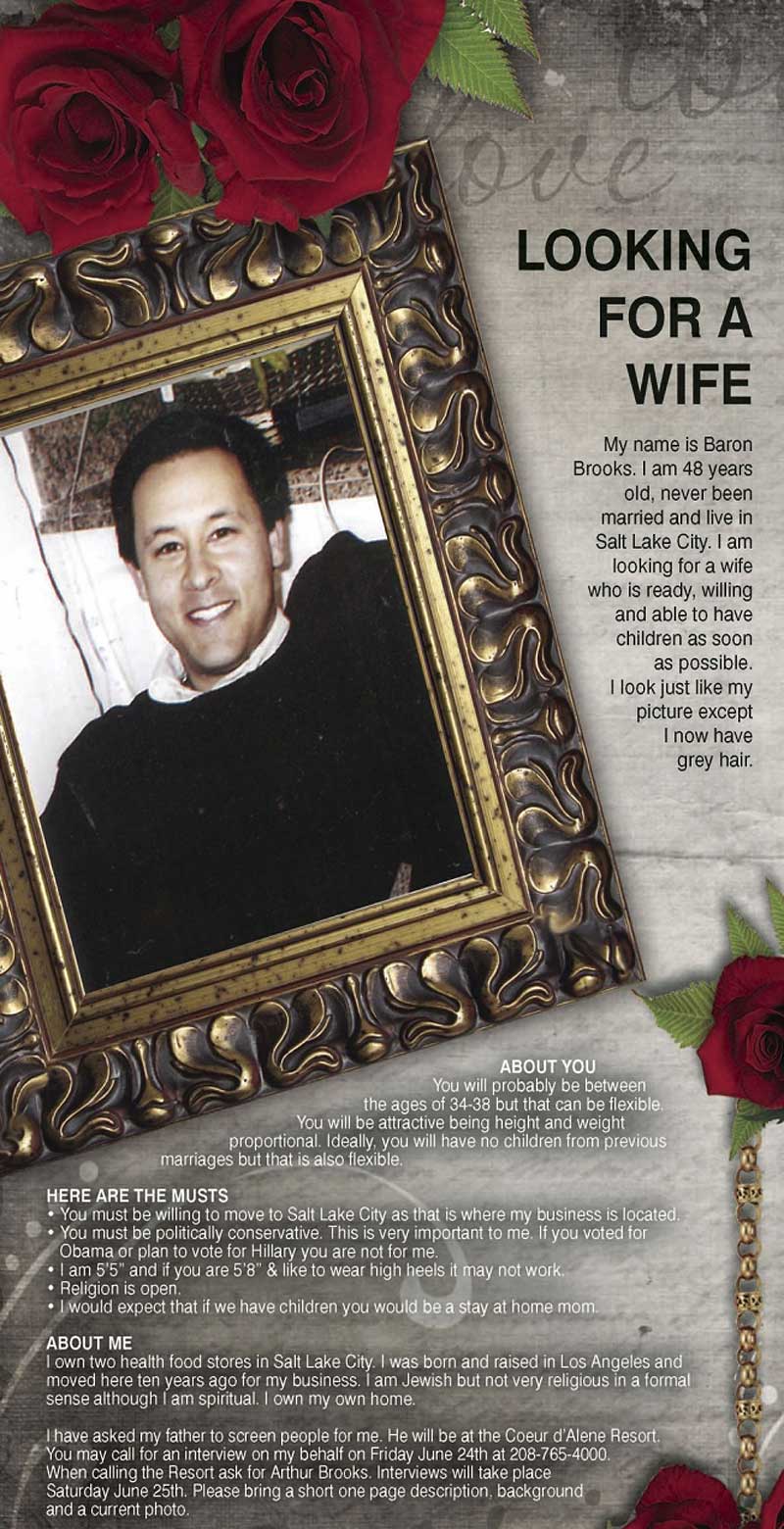