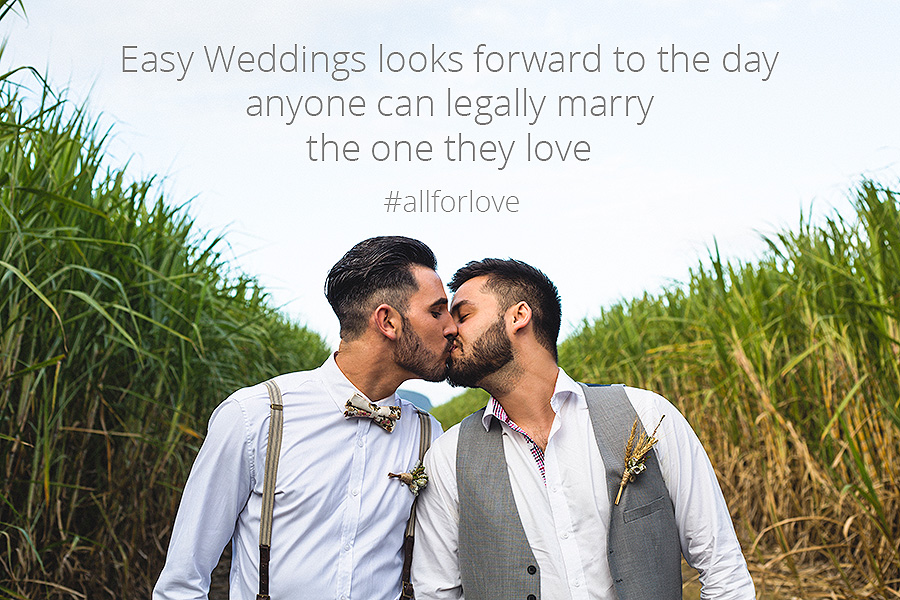 Here at Easy Weddings we’re all for love. We’ve always been that way but now we’re taking steps to really show what we mean and that we wholeheartedly want marriage equality for all Australians.

And it begins right there on our homepage, by being one of the only wedding websites in Australia to feature same-sex couples in their hero images – as if marriage equality is no longer an issue.

“Whilst we’ve always supported same-sex marriage, we had to stop and do a thorough review of the site and work out whether we were really communicating that,” says founder and CEO Matt Butterworth.

The review included the types of imagery being shown, content in articles and language being used.

“The answer was clearly ‘no’ so we’ve worked hard to implement quick but positive changes with the goal of normalising same-sex unions and showing inclusivity for all couples,” adds Matt.

As well as featuring the powerful image of two grooms kissing (courtesy of Freyee Photography) as one of three rotating hero images on our homepage, we have also included an image from real-life couple Cara and Sophie, whose real wedding story garnered hundreds of votes and positive comments on social media in our 2017 Wedding of the Year competition. 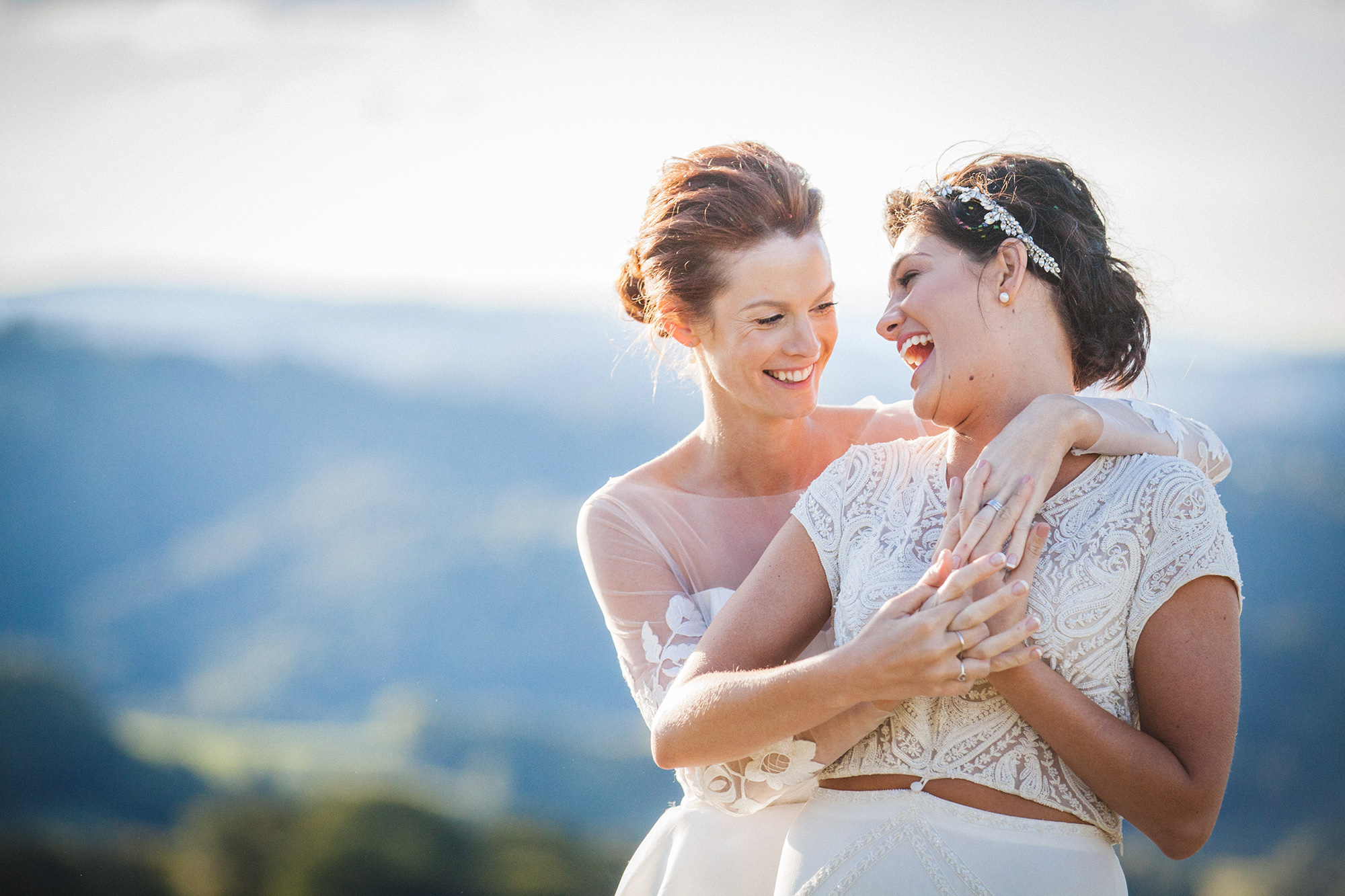 “This only further supports our belief that same-sex marriage is no longer a minority issue – it’s one that affects us all,” says Matt. “It’s our friends, brothers and sisters, sons and daughters, colleagues, and acquaintances.”

In addition to imagery, we’ve combed through the site changing instances of language that excludes, and have even implemented an Easy Weddings ‘swear jar’!

“Any time a staff member is caught using the word ‘bride’ instead of ‘couple’ they’re required to give a gold coin donation,” says Matt. “We’ll donate whatever money we raise to Marriage Equality Australia.”

Other positive changes include a rainbow pride version of our logo that we’ll display on our  social media platforms until same-sex marriage is legalised. This logo also appears among more than 1270 corporations, including eBay, Coca Cola and Google to name a few, on the “Open Letter of Support” page of Marriage Equality Australia. 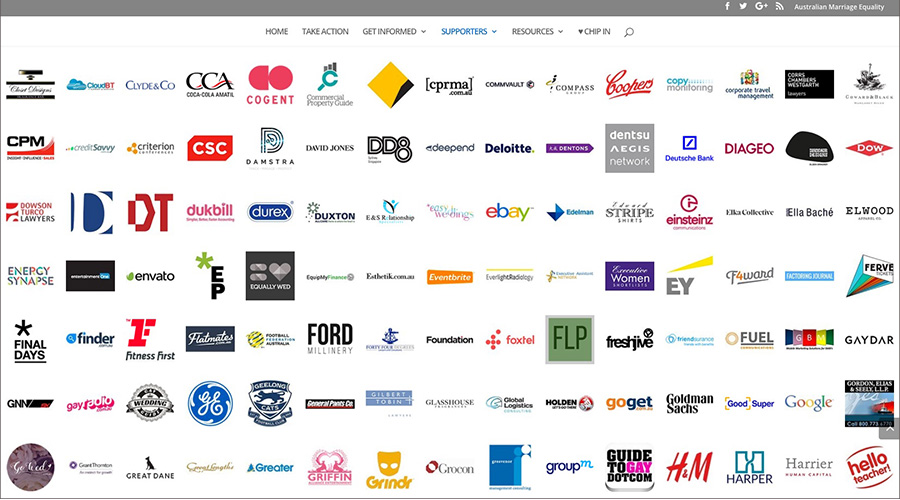 “We know Australia is embarrassingly behind the times when it comes to this issue, but we’re beyond waving flags,” says Matt. “Until the government can get its act together and give parliamentarians a conscious vote or the people a proper referendum – not an unbinding plebiscite vote – we’ll get on with it and ensure inclusivity for all couples is at the core of all we do.”