Imagine withdrawing thousands of dollars from the ATM then pocketing it in your boardies before hitting the surf.

This may have well been the case for Brisbane groom Sam Pilgrim when he proposed to then-girlfriend Hannah Whitehead back on September 20, 2015.

But all is not as crazy as it seems!

The avid surfers had hit the beach at Cotton Tree on the Sunshine Coast for their regular Sunday surf, the conditions perfect for catching a few romantic tandem rides on their longboard.

But as Hannah describes, Sam’s usually chillaxed vibe was soon replaced with a puzzling one. 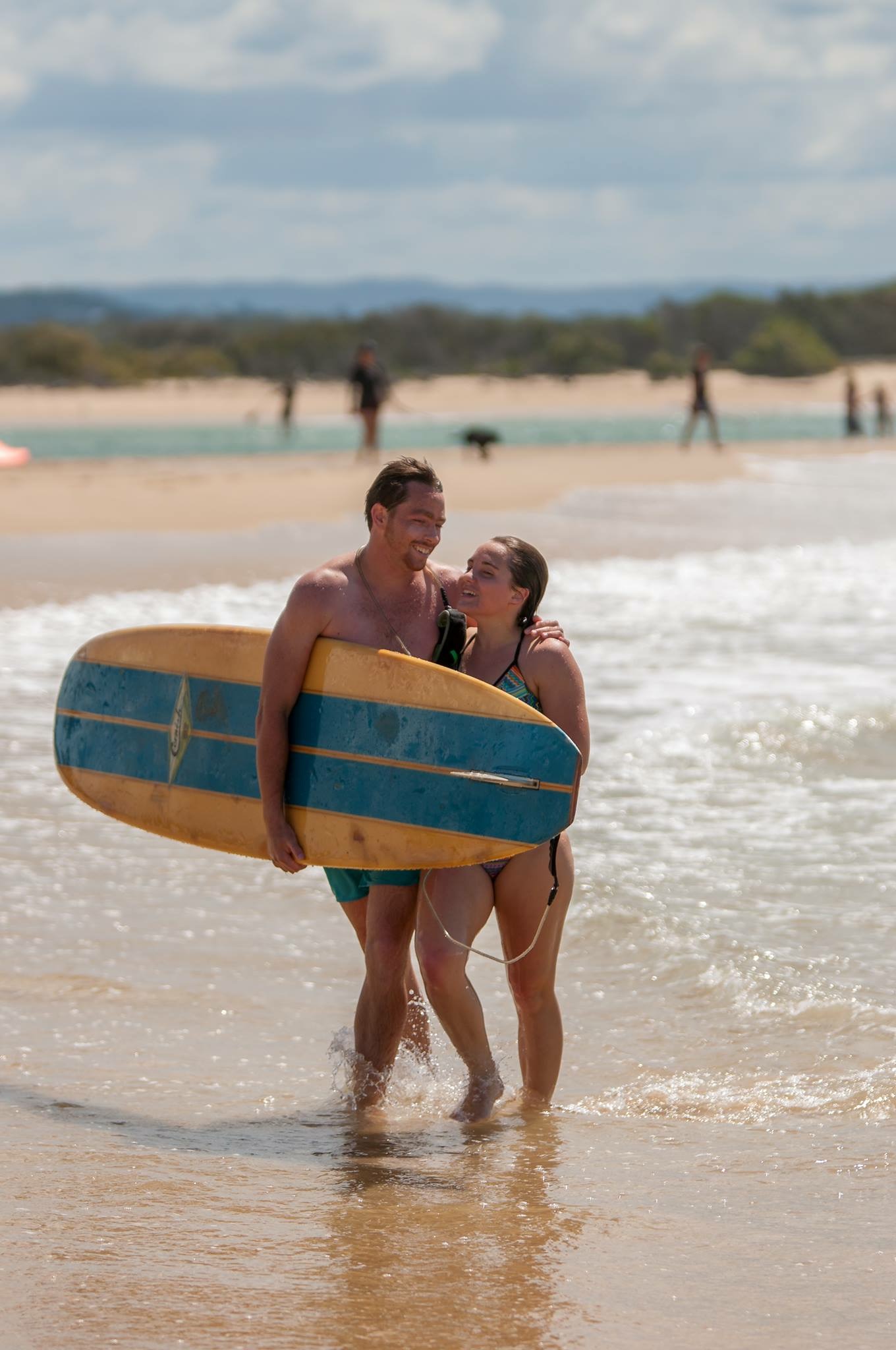 “We caught a number of waves and all of a sudden, Sam looked concerned,” recalls Hannah.

“I asked what was wrong and he said, ‘I just need to go in for a minute – wait here.’

“I was so confused because he only went back in waist-deep and then turned around and came back out.”

Enquiring if he was OK, Hannah got the romantic reply every girl dreams of: “I thought I needed a poo.”

The pair continued having fun catching waves but unbeknownst to Hannah, Sam was trying to plan his move.

“At one point,” recalls Hannah, “he said, ‘Let’s sit up on the board together’.” But all Hannah could say was, “Let’s keep catching waves!”

Eventually Hannah agreed to a break and, as they sat facing each other on their beloved surfboard, that’s when Sam pulled out a $2000 trilogy-set diamond ring from his shorts. 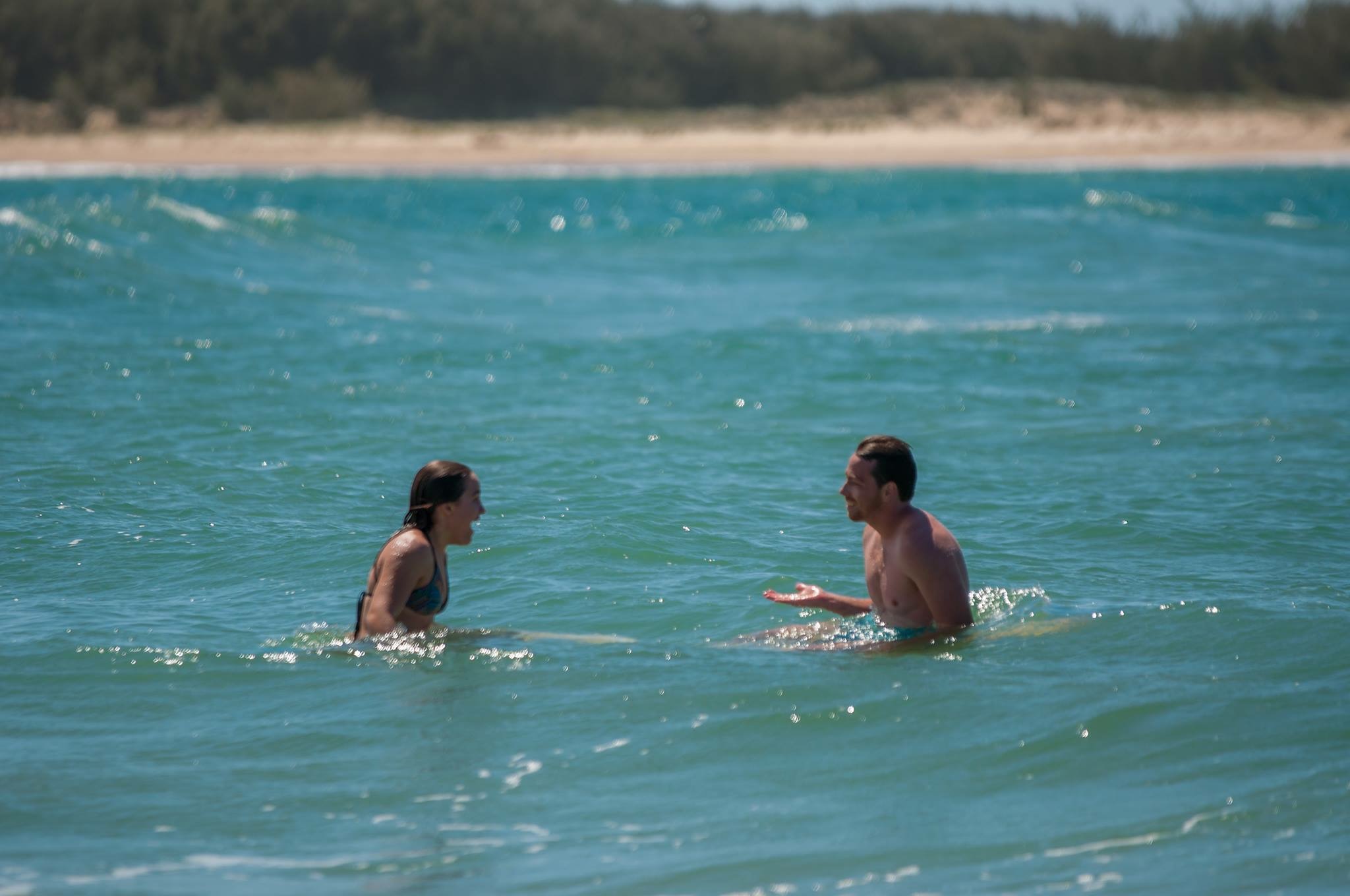 “I had no idea that’s what he had planned!” smiles Hannah of Sam’s proposal.

“I found out the reason he had looked so confused and concerned earlier on was because the ring had come untied from his boardies.

“But luckily he had found it in his undies!” 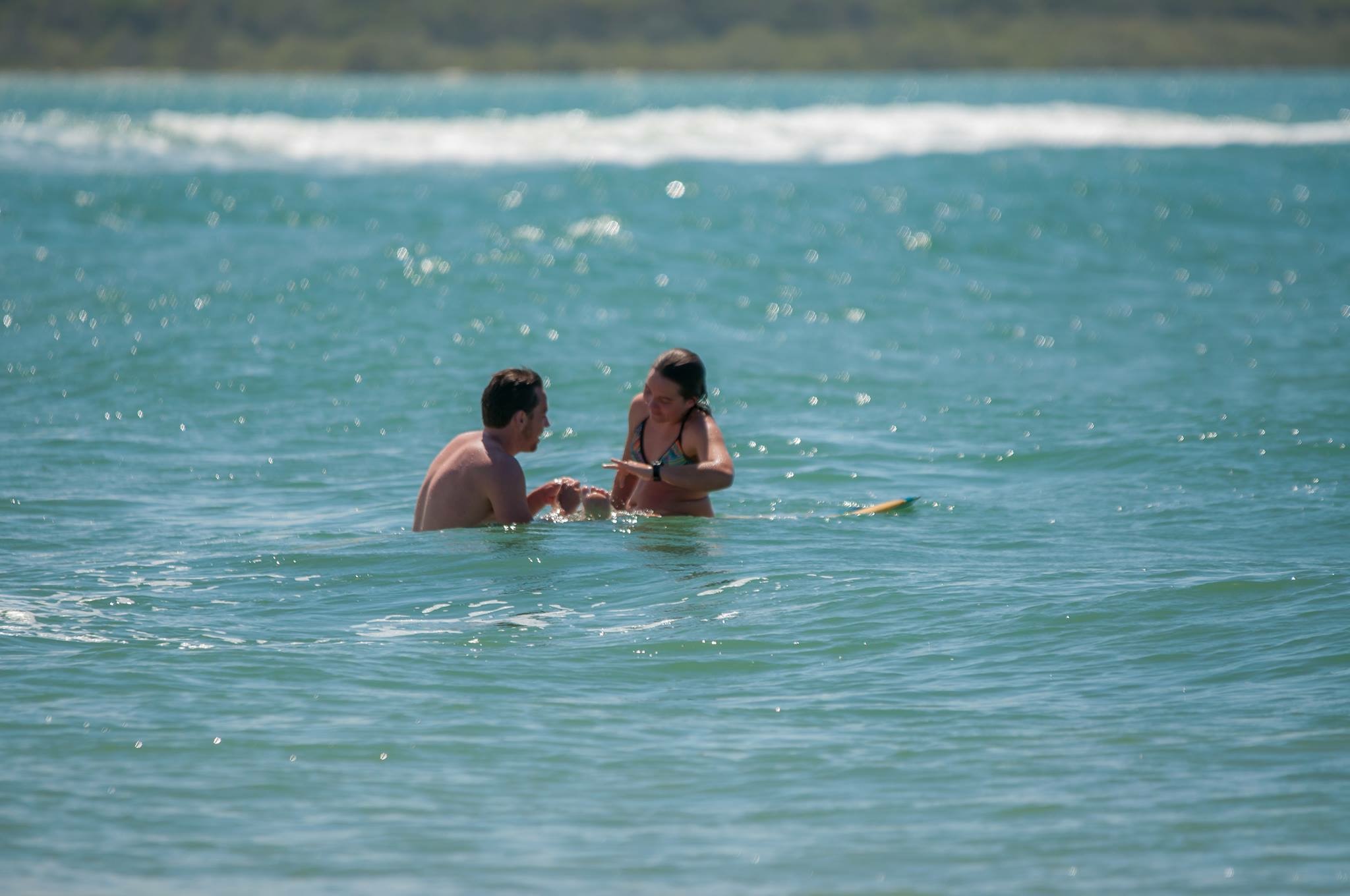 So, Sam’s grand proposal plan had paid off and he even had the whole thing caught on camera by his brother Rhys back on the beach. 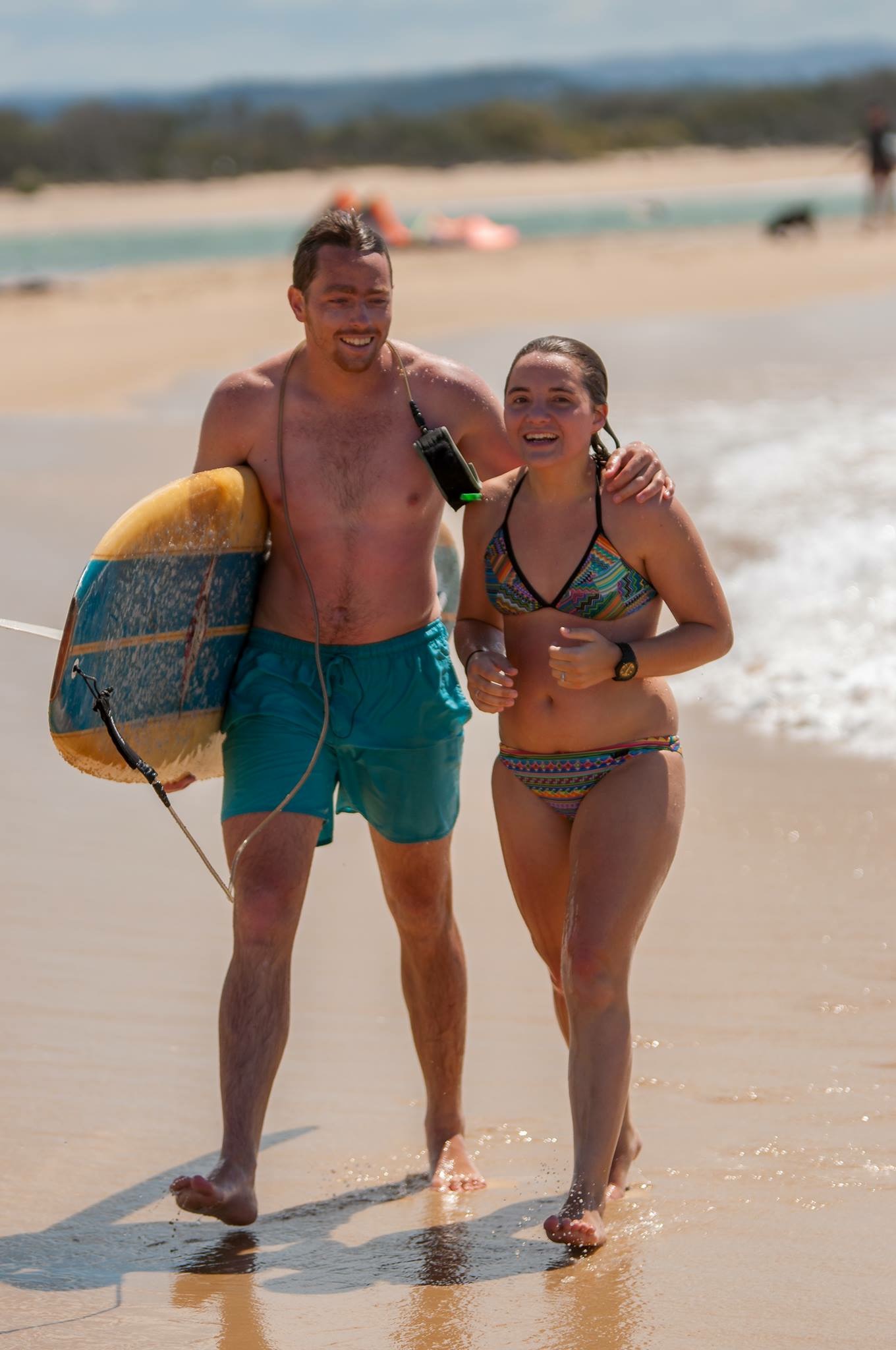 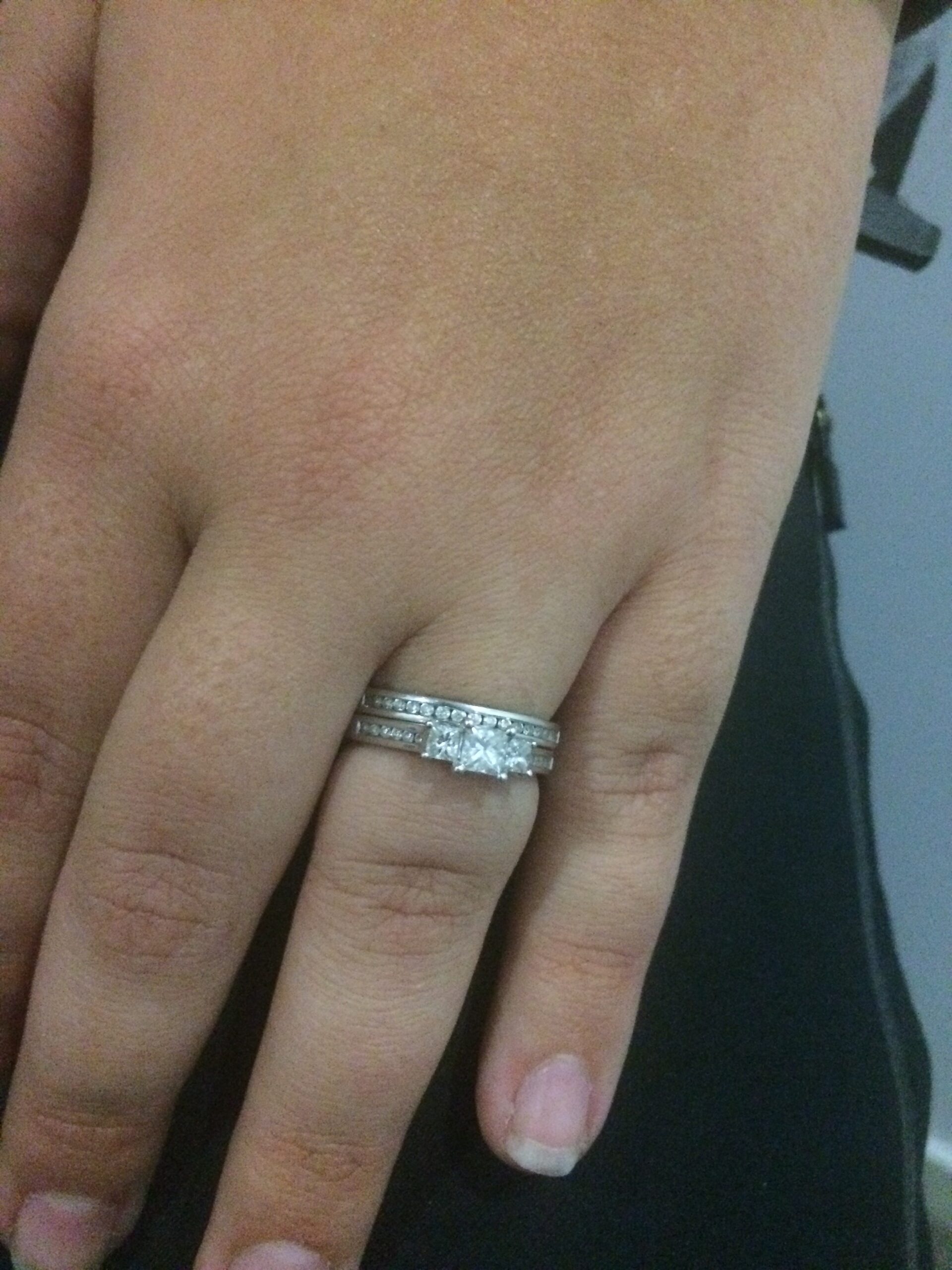 Hannah says she loves that Sam’s proposal was so personal. “For Sam and I surfing is a special thing we do together and so for me, it was super special that this is how he chose to do it.”

The pair, who first met at Cotton Tree camping and surfing as kids, have since married, on March 2016, on the same section of beach. 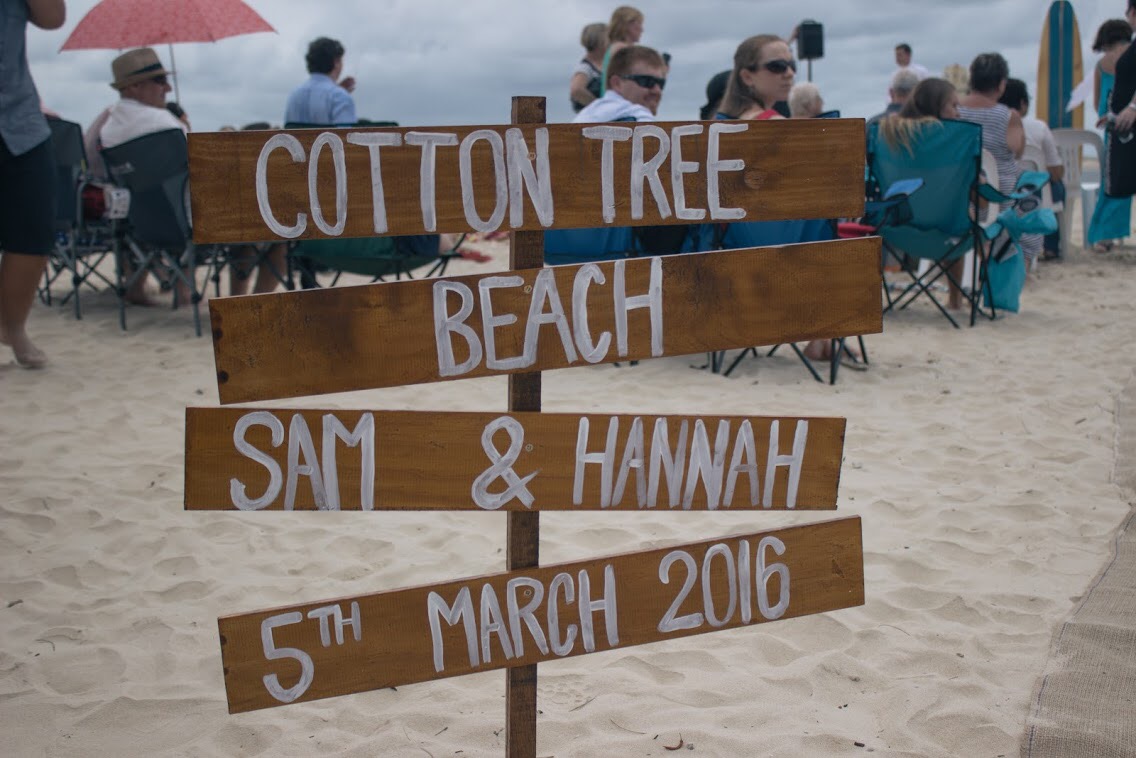 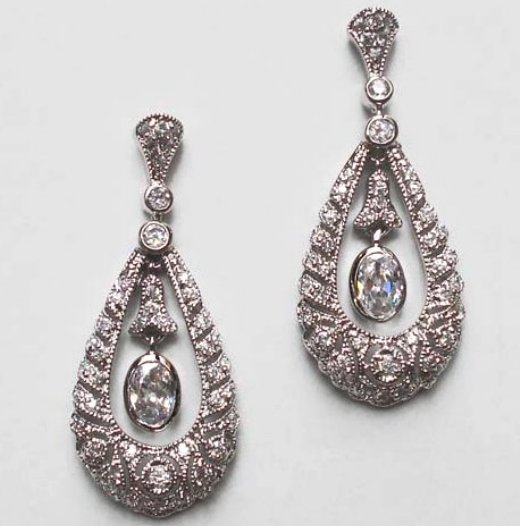 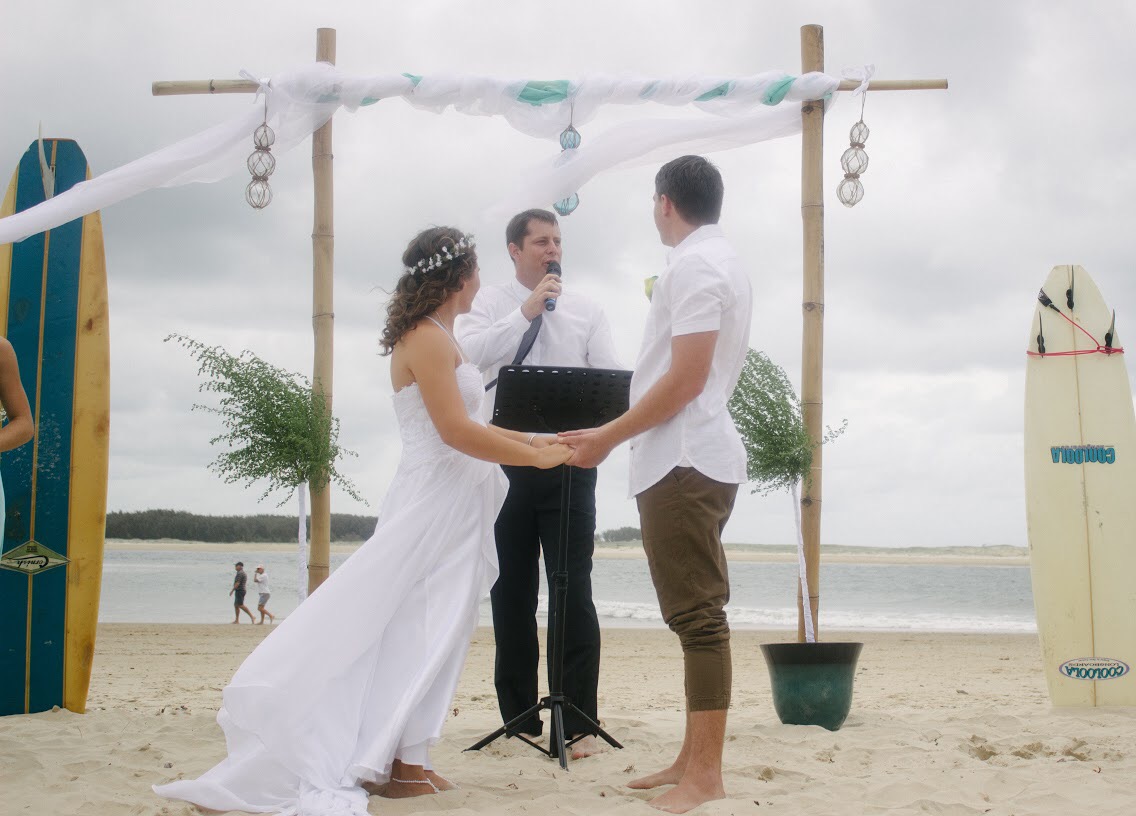 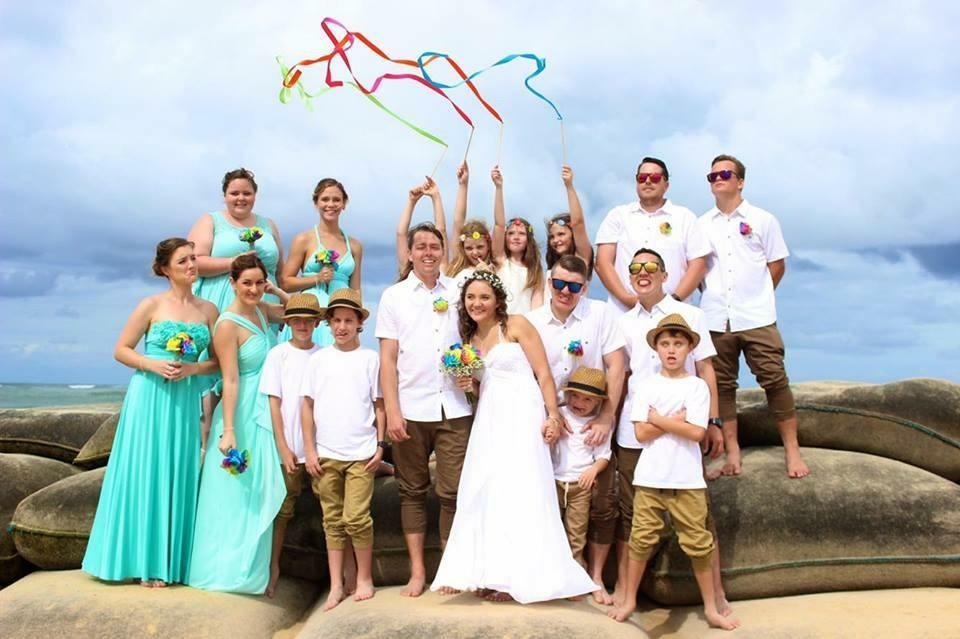