Last week we featured a gorgeous Chinese tea ceremony between Sydney couple, Kimberley Cai and Ivan Lee; a prelude to today’s sequel of their spectacular Sydney Harbour wedding at the historic Fort Denison.

I previously mentioned how this couple were next-door neighbours (making the logistics of their tea ceremony an absolute breeze!) Intrigued, I quizzed Kim how this came to be and soon discovered the sweetest of proposal stories.

Kim was living at home with her parents and younger brother when she first met Ivan at a barbeque. They started dating, fell in love and, when Ivan asked Kim to marry him, her initial response was a disappointing no! Kim says, “I told Ivan, I’m sorry, I can’t marry you, I have to take care of my little brother.”

She explains, “My dad was overseas a lot and my mum worked full-time so I told Ivan that I wouldn’t be able to marry him until my brother started high school.”

Not content to wait, Ivan took the drastic measures of a man crazy in love – he bought the house next door! Call it coincidence, fate or luck, but Kim’s neighbour’s house came up for sale and Ivan did not hesitate to make an offer. When his was the winning bid, he said to Kim, “You can marry me now, I’m moving in next door.”!

Not knowing where to begin, the busy couple contacted Fiona Deans-Dundas at Couture Wedding Planning who suggested the popular tourist attraction, Fort Denison for their nuptials. Fiona says, “We were only allowed on the island at 4pm for a 5.30pm start. That was just one-and-a-half hours to create a wedding – the shortest turnaround I’ve ever had!”

But with her experience in planning dozens of weddings every year, the day went seamlessly and Kim and Ivan were left to enjoy every minute of it – including their sensational fireworks over the Harbour at cake-cutting time. 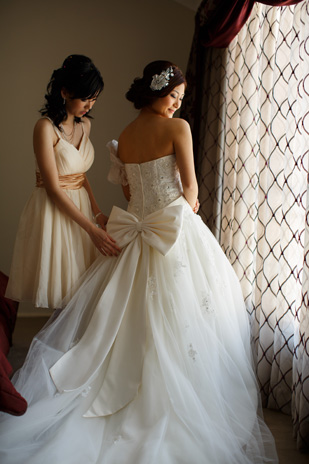 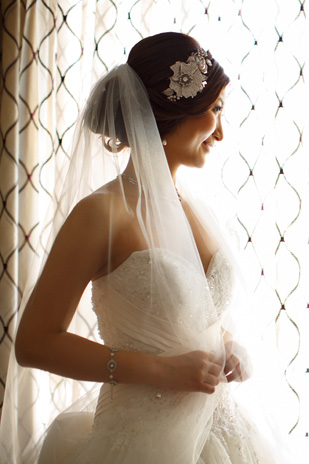 One of four outfits she wore throughout the day, Kim looked ravishing in this romantic one-shoulder tulle gown with sweetheart bodice, accessorised by Stephanie Browne Australia in a decadent silver headpiece and matching accessories.

Kim and Ivan and their wedding parties arrived separately to the island by ferry and water taxi. Kim was escorted down the aisle by her dad, accompanied by the string sounds of Sweethearts Music. 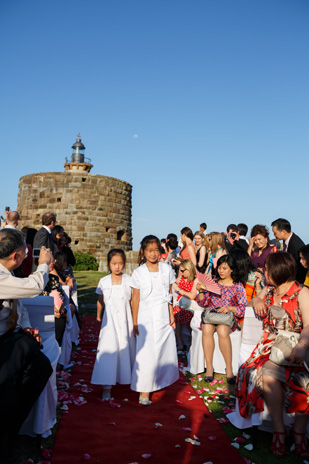 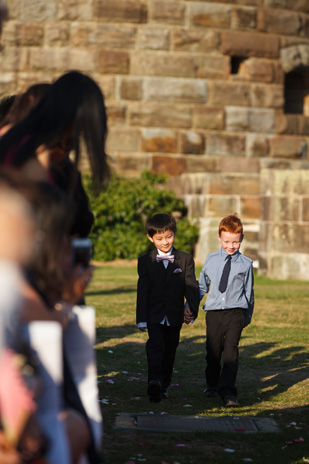 Celebrant Robyn Pattison officiated the marriage and, later, Chinese/English speaking Sy Chung was the master of ceremonies at the reception. 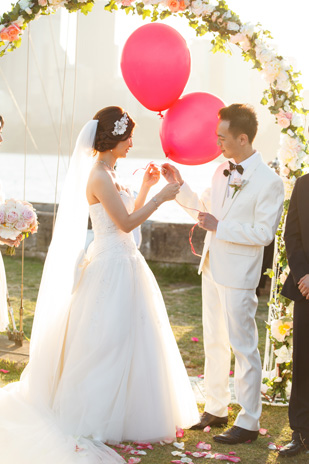 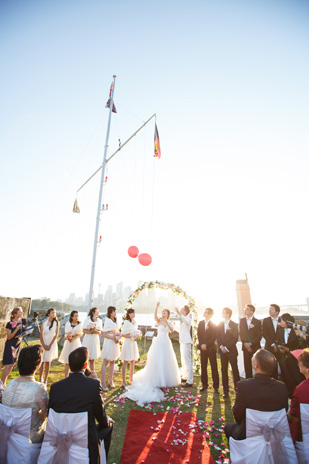 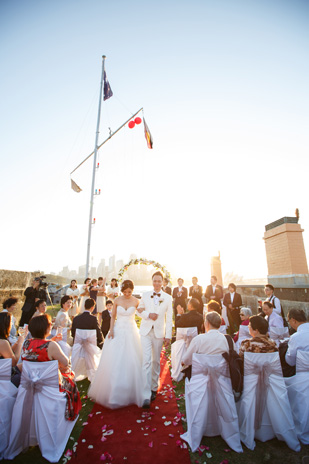 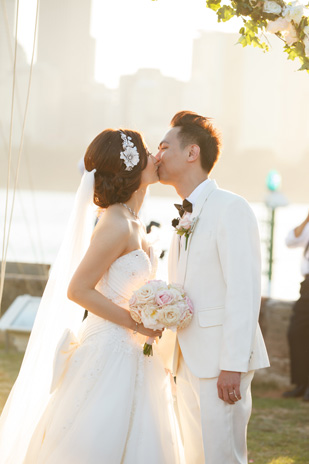 Ivan was smartly dressed by Peppers Formal Wear in an ivory suit for the nuptials and traditional tails for the reception. 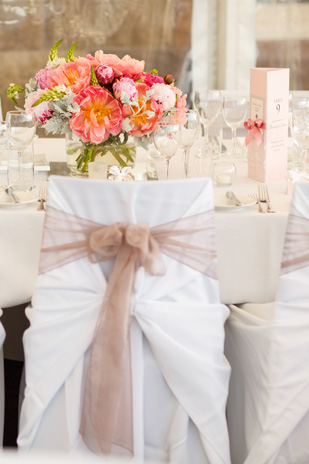 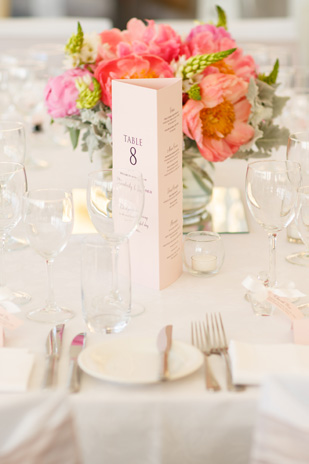 Kim and Ivan’s impressive six-tier wedding cake was a Faye Cahill design. It was so tall it didn’t fit inside the cabin of the water taxi!

The styling of this elegant event was a joint effort between Events by Nadia who assisted with the chair covers, bridal table draping and the ceremony arch, and Florid Flowers. 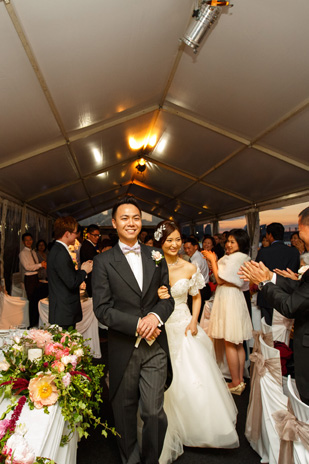 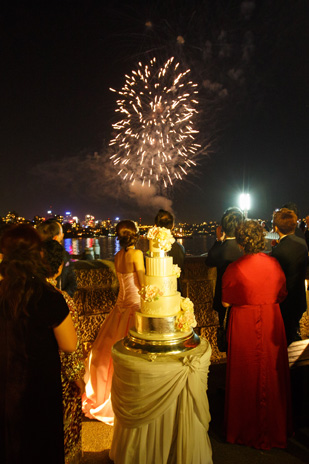 To the guests’ delight and surprise, a sensational fireworks display lit up the harbour after the cutting of the cake. “They were so shocked,” says Kim.