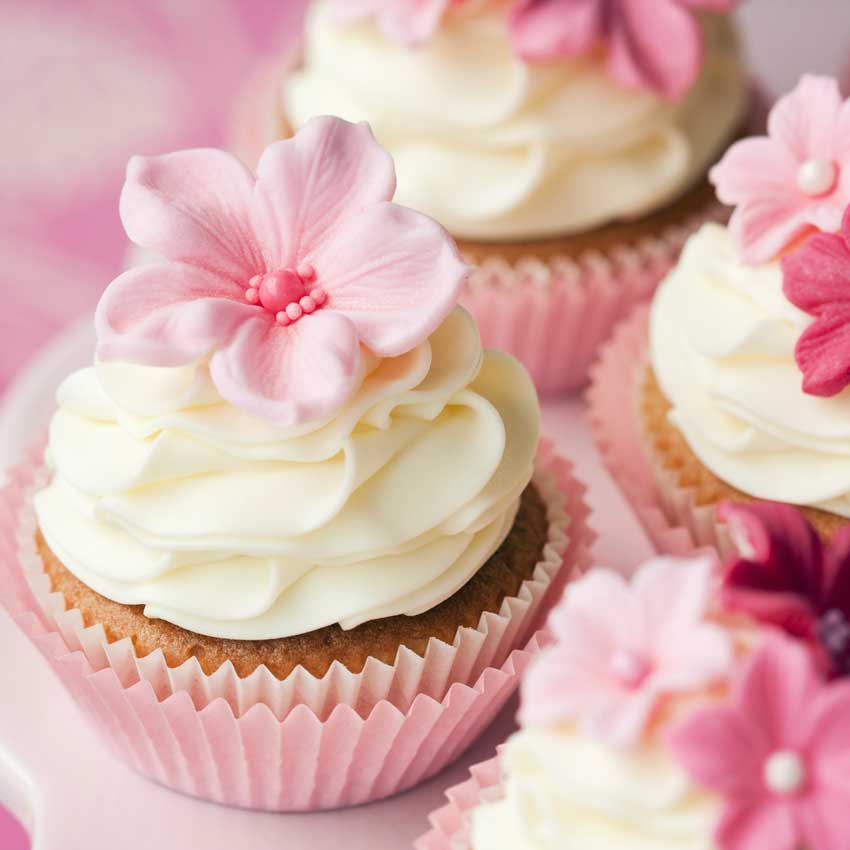 They’re an intermediate level dish that takes about 1 hour to prepare and, of course, if you don’t have the time (or desire) to make them yourself, there are plenty of cake makers who’ll do it for you.

Tip the sugar, baking powder, flour, baking soda and salt into a large bowl and mix. Now, add the milk, the shortening, the pink champagne and your vanilla extract.

Beat this mixture together on low to medium speed for about 30 seconds or until all the ingredients have combined nicely.

It’s time for the eggs. Beat the mixture on medium speed for about two  minutes while adding in the egg whites. Beat for a further one to two minutes until the mixture is smooth.

Add a dollop of mixture to each of the cupcake liners so that they are about half full.

Bake the mixture until they’re a light golden colour and the center of the cupcake springs back when touched.

This should take between 10 and 15 minutes.

Remove the cupcakes from the oven and remember to cool them before icing.

To make the butter cream:
Beat the egg whites in the large mixing bowl of a stand mixer fitted with the whisk attachment.

Pour the 1 1/2 cups of sugar into 1/2 a cup of water into a saucepan and bring the mixture to a boil over a medium heat. The mixture should turn into a soft ball after about 4-7 minutes.

While this is happening, whip the egg whites until soft peaks form. This is best done on a high-speed setting.

Leave the mixer on high for 2 minutes, and then reduce the speed to medium until the mixture has cooled to room temperature, 5 to 8 minutes.

Once cooled, add the butter in increments, scraping the sides of the bowl with a rubber spatula. Add in the vanilla and whip.

Pipe the buttercream on top of the cooled cupcakes and, if you have any handy, top with an icing bloom.