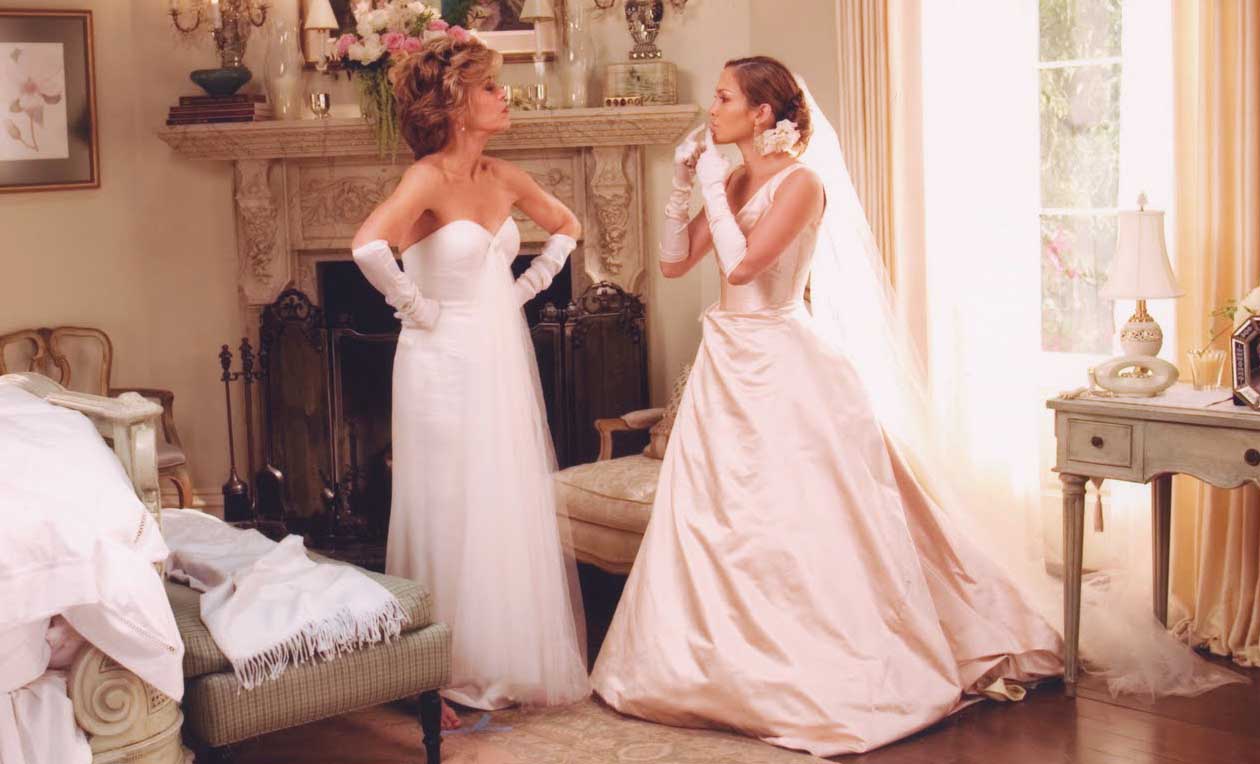 While the stereotype of the evil mother-in-law is mostly untrue, there is the occasional mother-in-law horror story that sounds like a scene from a Hollywood film.

My MIL wore a white wedding dress to the wedding. I contemplated asking the photographer to make her dress look green in all of the photos… – Reddit user greenandpink

My mother-in-law physically attacked my wife in the parking lot, accusing us of “drinking too much” on our own wedding night. Got to be reminded of this our entire honeymoon, there were bruises on her shoulders. When confronted had no recollection of the events that occurred even though she was sober that night. – Reddit user eighty9sho

Childhood friend of my mother in law, who my mother in law insisted be invited, showed up with her “hurt” ankle from walking? stole the wheelchair that was there for my wife’s 93 year old grandfather, and rearranged our seating chart, so she could be at the end of the table. In doing so she misplaced the cards for one of my oldest friends, who came up to me and asked where they were supposed to sit, and put a ex couple we had deliberately separated right next to each other. – Reddit user TheMilkJug

After making a big deal about knowing what my mother was going to wear so that she wouldn’t wear the same thing we made sure to send pictures and descriptions of the dress my mother bought. My MIL told us she was going to wear a purple dress. Great! My mom’s dress was Navy with lace sleeves. Wedding day and she is wearing a navy dress almost identical to my mom’s. “Lol we look like twins”. – Reddit user cinder8887

My husband is first-gen Korean American. My MiL disliked me for being white when we were dating but when he told her he wanted to marry me? She seriously threatened to kill herself. My FiL, a psychiatrist, had to threaten commitment to knock some sense into her. – Reddit user BlueGreenandBrown

“On the day of our wedding we were taking photographs outside the church with the photographer we hired for $2000. There was one with us and my side of the family, one with us and her side, one with us and all the grandparents, etc. In the middle of it all my mother figures this is a great time to get a photo of “just our family”, which she still defines as her, my dad, my sister and me. So she asks the bride, my wife, to step out of the picture. My mom shooed away my wife, making the bride cry on her wedding day.” – Reddit user adamj56800

I got engaged and showed her my gorgeous engagement ring: “Well that’s cute.” While we were planning the wedding it was always “IF you guys get married…” Every time I see her at a family gathering: “Oh are you guys still married?” – Reddit user deedee22

My MIL says I am taking her son away because we are getting married. She wants us to live with her forever and wants no part in the wedding. How fun. – Reddit user jay_ber

My MIL wore the same dress the same dress as my mom to my wedding. I showed her a picture of it because she wanted and “idea” of what she should wear. She had sent be pictures of 3 other dresses she bought, and I told her I loved any of them. I was very shocked when she showed up. Wasn’t that big of a deal, but I felt bad for my mom. – Reddit user sparrow664

My MIL wrote her son a letter a week before we got married telling him to think very carefully about what he was doing, as he needed to be sure he was marrying someone he loved and trusted. (We had been together for 6 very happy years at this point! ) She later walked out of our wedding in tears, drove home (7 hours away!) without saying anything to anyone and then followed that up by emailing me saying she didn’t know what husband (her son) saw in me. – Reddit user DD211205

Have a wedding question? Ask an expert.