If there is one word to sum up the decade that was the 80s, it is Big. Big hair, big sleeves, big accessories and big clothes. And bridal style was no exception, with big gowns, big flowers, and the biggest veils seen since they stopped becoming a symbol of status a fixture of the 80s bride. 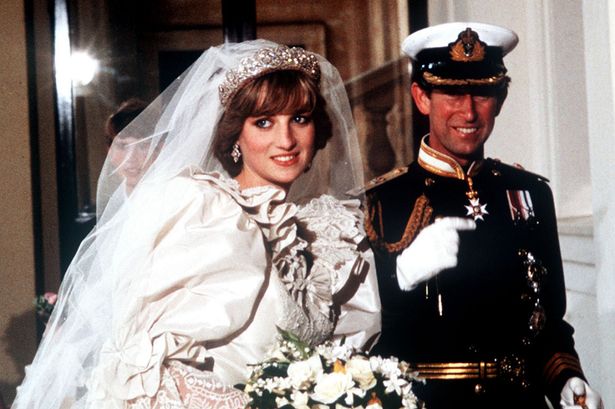 Anything that could be super-sized was in the 80s. Think cathedral trains, lace-edged frills and long sleeves with illusion high necklines. And bows… big bows.

Full length veils were often a necessity to offset the large wedding gowns. 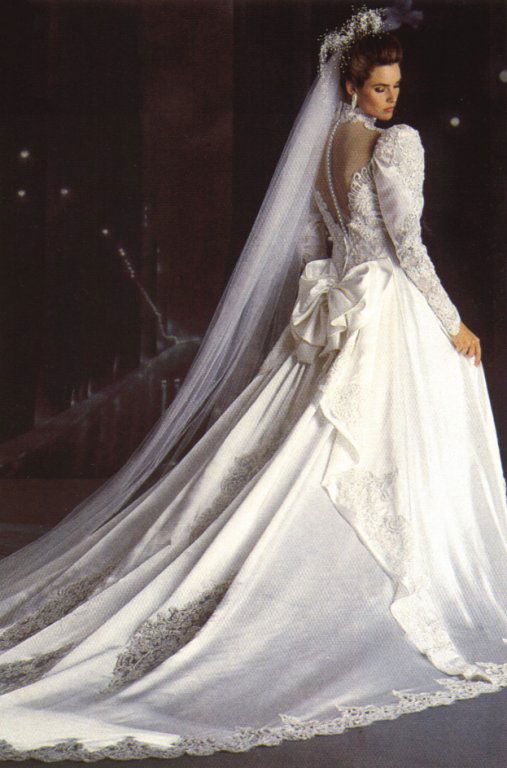 When Lady Diana became the princess of Wales in 1981, she set the standard of wedding attire for the rest of the decade.

Diana rocked a gown that shouted fairytale, complete with enormous puffed sleeves, a cinched waist and a dramatic train accompanied by a seven-meter long veil.

Four years later, pop icon Madonna married actor Sean Penn and rocked a strapless gown with a fitted bodice adorned with a purple lace and beaded detail that sat like sash across her torso.

The full skirt was topped with ruffles gathered at a waist and the elbow-length veil with many layers sat atop a black hat. 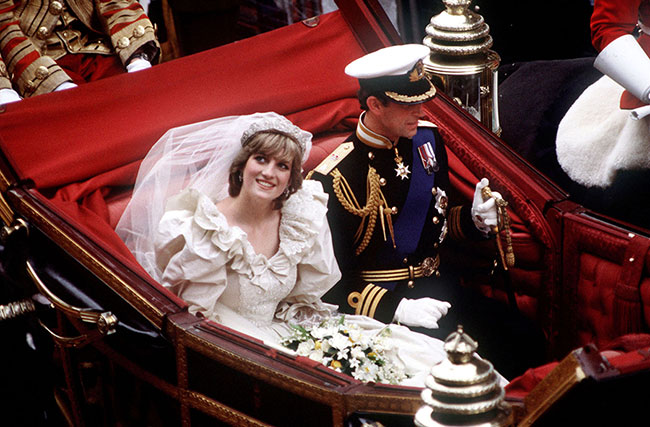 Due to the ‘bigger is better’ mentality when it comes to hair, brides would have billowing bangs and bouffants that would impress Fran Drescher any day of the week.

What this meant was, the majority of brides wore their hair out and scarcely went for ‘up dos’.

To ensure they had something to clip a veil to, brides often wore headbands that were either made from lace, or embellished with beading and silk flowers. 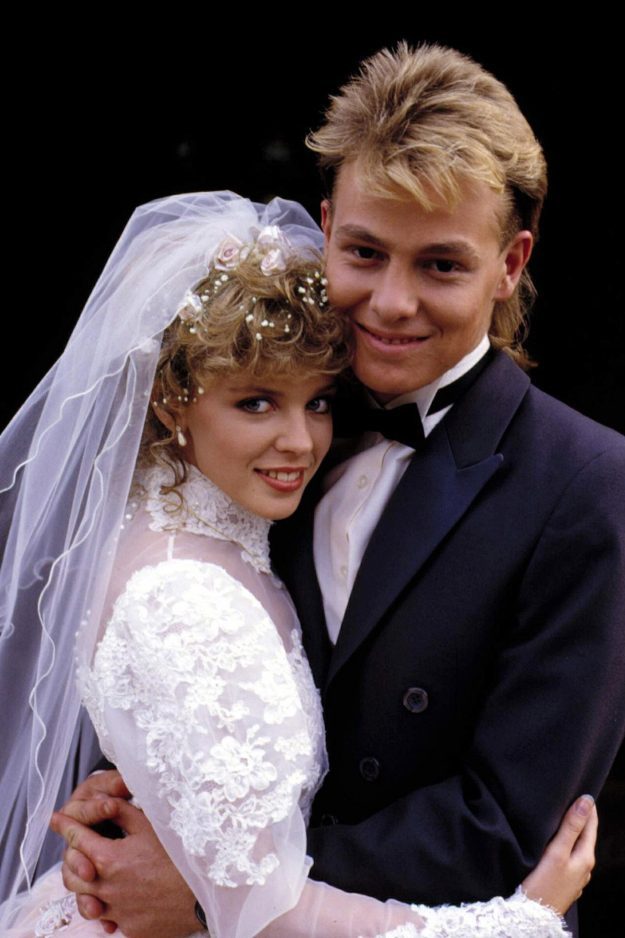 To offset the gowns, bridal bouquets were arranged in cascading styles and often were adorned with long ribbons in colours that would match the bridal party.

Baby’s breath was a popular choice for giving volume to blooms in the bouquet and was also regularly used in venue decorations. 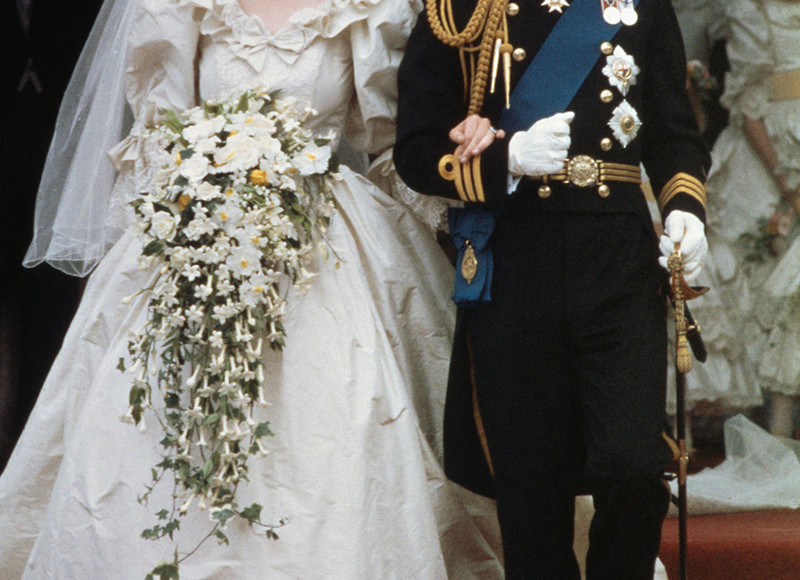 Wedding cakes were not immune to being super-sized. They went from being four-tiers high at the start of the decade to towering over guests as many as eight levels high by the end of it.

But these were by no means simple fondant layers, each one was covered with complex decorative details and patterns.

After the airy-fairy flower power of the 70s, tradition made a huge comeback in the 1980s and couples embraced etiquette and formality.

This decade also marked the first time that couples were able to use the technology of videography for an additional way to capture their weddings and many photographers began to branch out and offer the service.

A flow-on from the more formal air surrounding weddings was that wedding ceremonies returned to religious venues and receptions were often held at nearby hotels.

Want to take a look at wedding dresses? View here.