If you’ve heard all wedding planning is stressful, let the love story of Roslyn Bell and Adam Gaskin bust the myth.

After Adam, 29, proposed to girlfriend Roslyn during a casual bushwalk in November 2012, the couple decided a few months later to set a date – in three months time.

“We didn’t plan it at all for the first few months and then Adam just said we should get married,” says Roslyn, 30. “We were over in New Zealand visiting his family and then they just started looking at flights and said ‘yeah, we can do it then’,” she laughs.

When the pair arrived back in their hometown on the Gold Coast, Roslyn hunted for a venue and dress which she secured within weeks.

Plans for the vintage surf wedding were then set in motion – an experience Roslyn says was a breeze. “I was happy to get married so quickly because I thought, I’ll just worry about it if it’s any longer.”

The coastal lovers celebrated their marriage on April 27 this year, at Amore Gardens in the Currumbin Valley, QLD with 60 close guests.

“It’s a rainforest/Balinese type garden setting, but it’s also set amongst farmland and is only 10 minutes from the beach,” says Roslyn. “The day was beautiful, relaxed and seamless.” 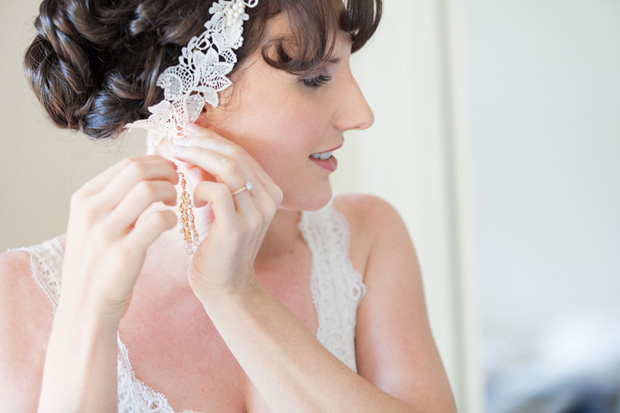 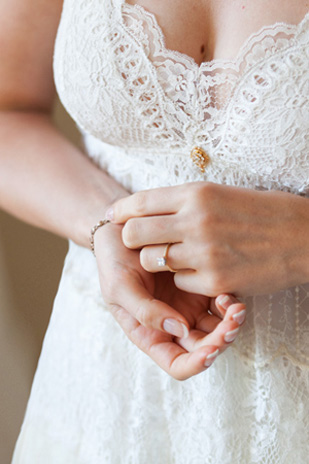 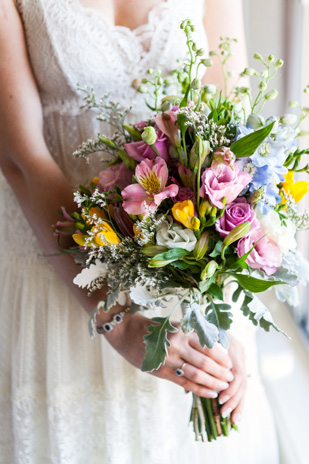 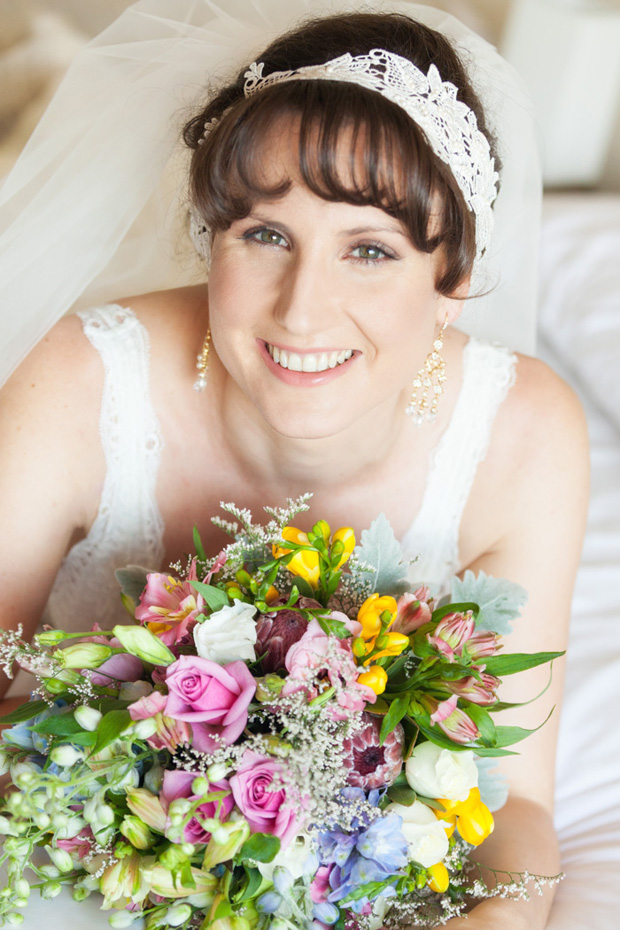 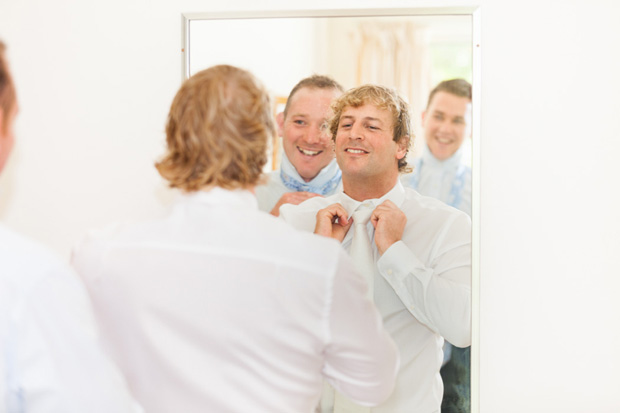 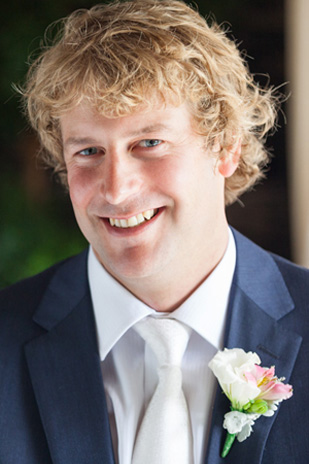 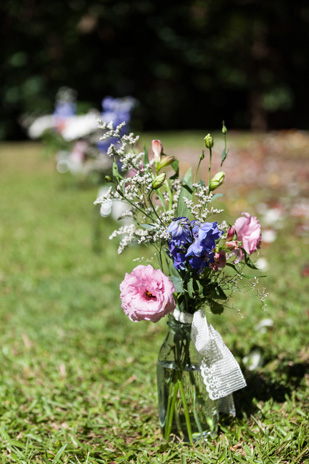 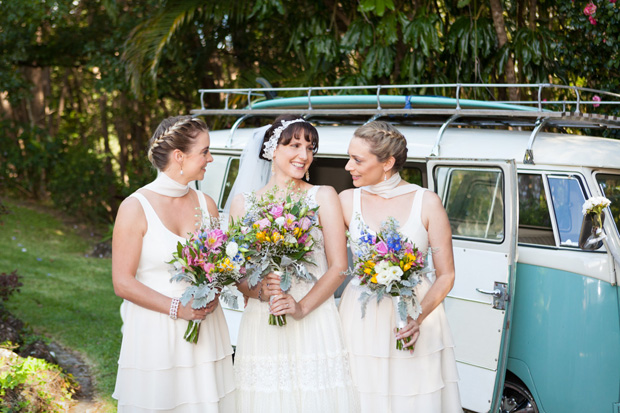 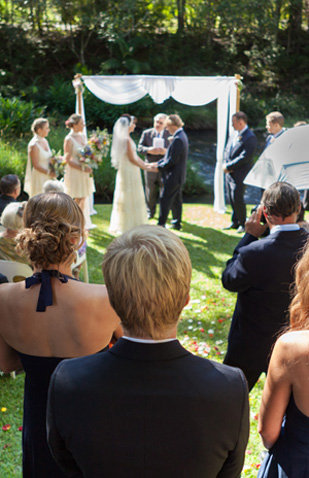 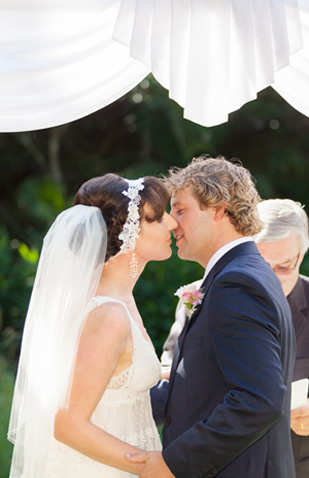 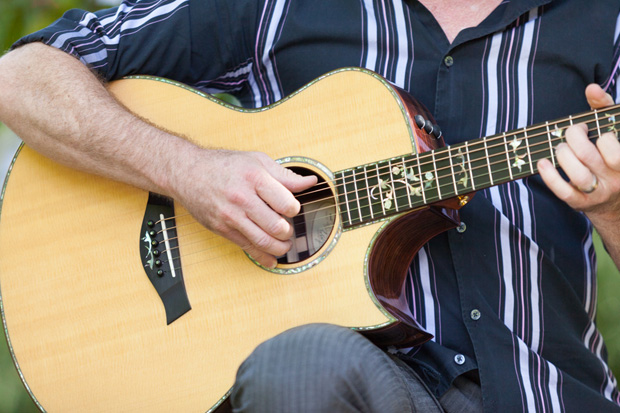 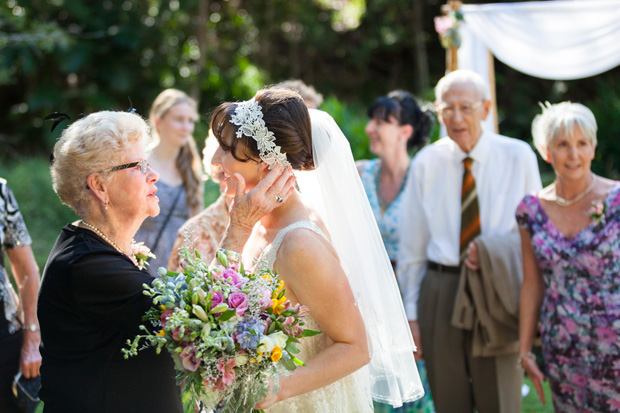 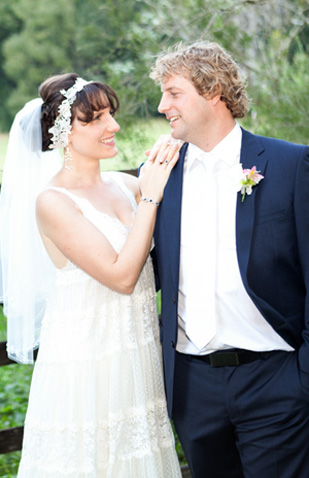 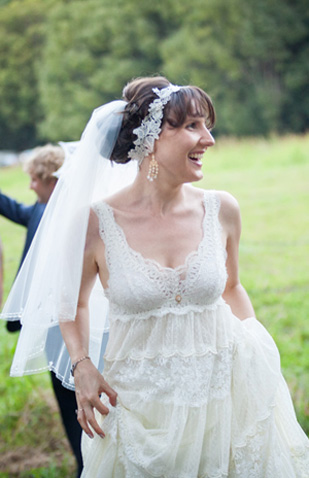 Roslyn said the most memorable moment on the day was seeing Adam become emotional when she was walking down the aisle. “That was pretty special, I didn’t really expect it,” she beamed. 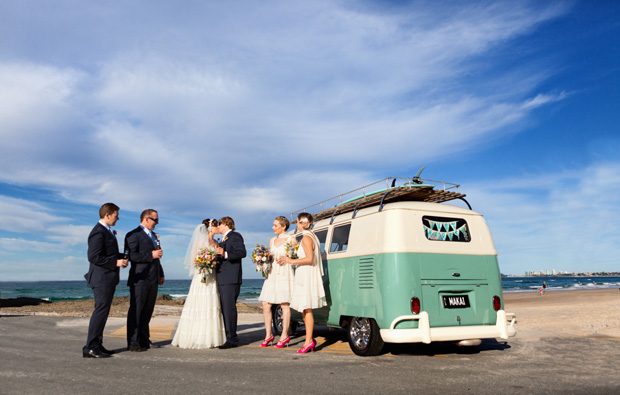 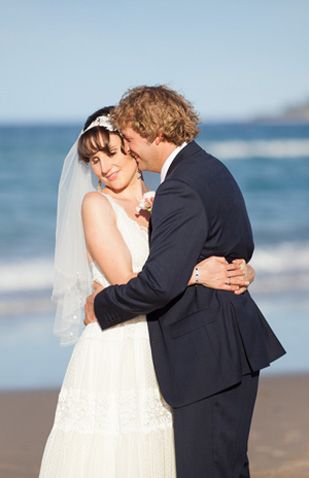 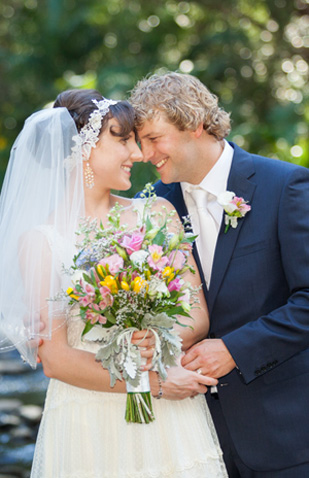 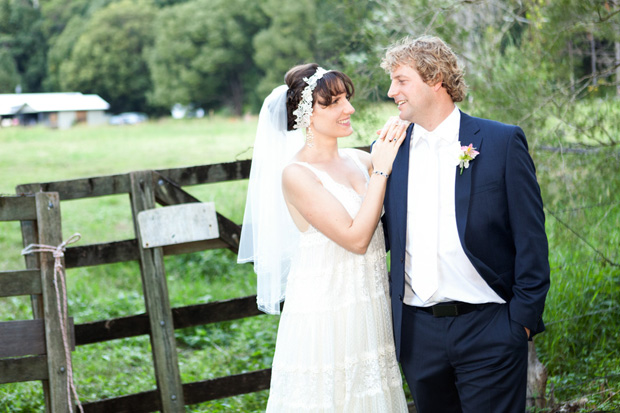 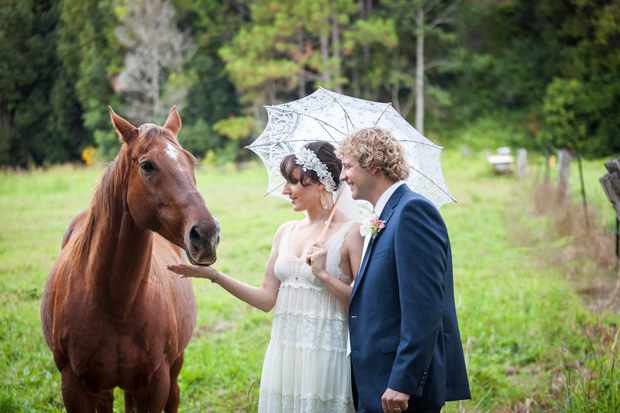 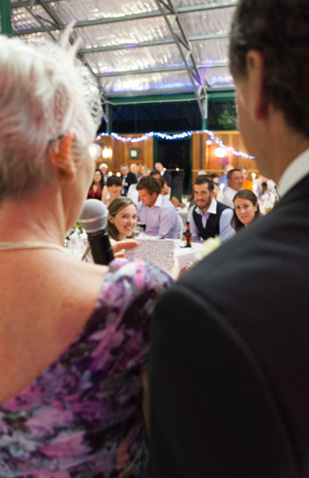 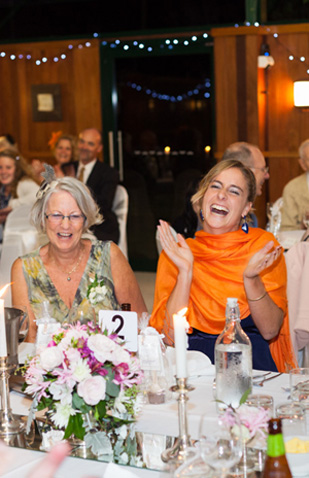 “The theme was just a mix of our tastes,” says Roslyn of their wedding style. “I quite like the vintage and Adam’s pretty surfy so that was just how it was going to be. It really suited us.” 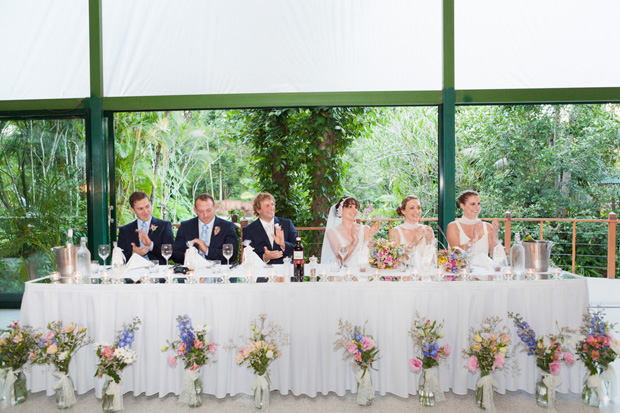 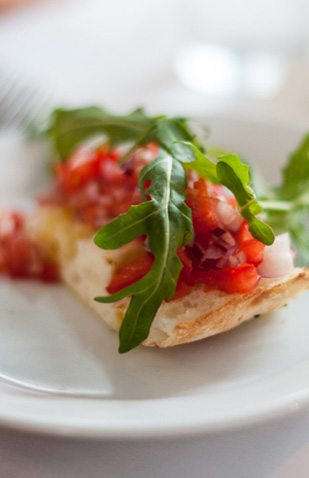 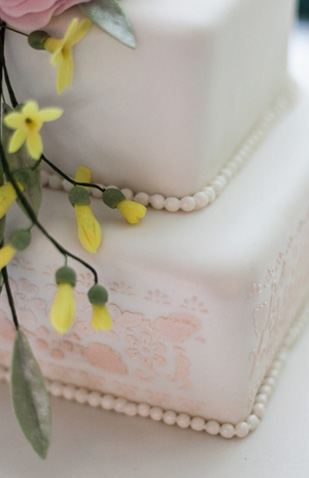 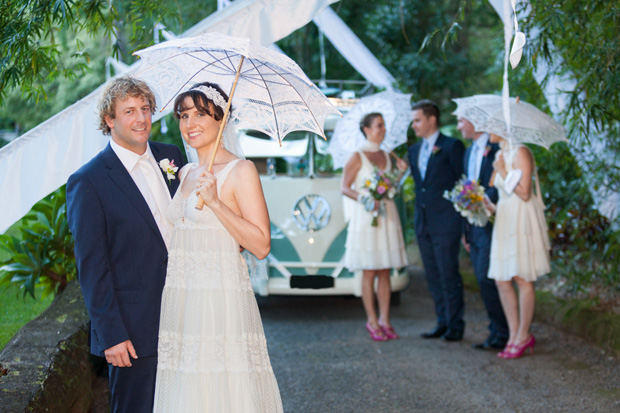 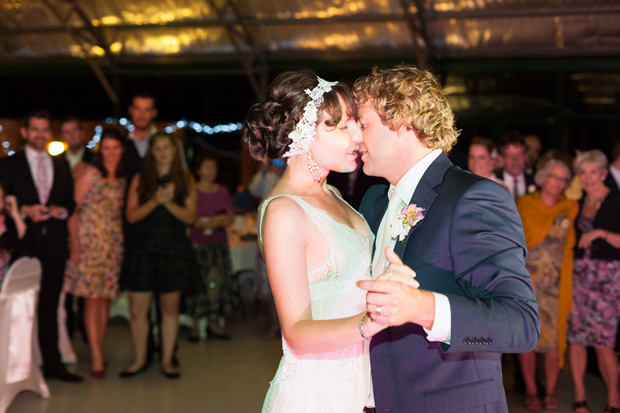 The couple were keen to include a Kombi van in their wedding as a memento of their travels together. “We bought a VW camper and completed a lap around Europe over four months, and this was the inspiration for many things at our wedding.”