We’re not original in saying Esther Kwiet, 28, and Rob Freeman, 29, spend a lot of time in the criminal world.

But it’s all good – Esther works as a criminal lawyer and Rob, a police officer. “We are the subject of a lot of ‘law and order’ jokes from our friends,” Esther smiles. “It’s worked out very well though because we both love what we do – though sometimes the dinner conversations can get a bit intense.”

The pair were married on November 2, 2013 in a spring garden wedding with 100 guests in New South Wales’ Southern Highlands. “We chose a spring wedding so that all of the gorgeous roses would be out in bloom in Bowral,” explains Esther. “We fell in love with the beautiful façade of Pepper’s Craigieburn and it was the perfect backdrop to the garden setting on the front lawn under their magnificent tree.”

It was the casual setting after the ceremony that made the day, says the bride. “Afterwards my brother’s band Bin Juice performed live jazz music for the guests while they enjoyed canapés and drinks,” she says. “It was probably our favourite part of the day as it gave everyone the chance to relax and mingle before the formalities started.” 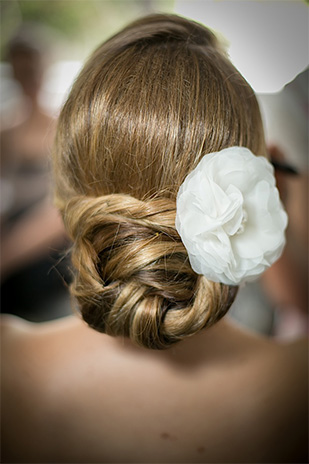 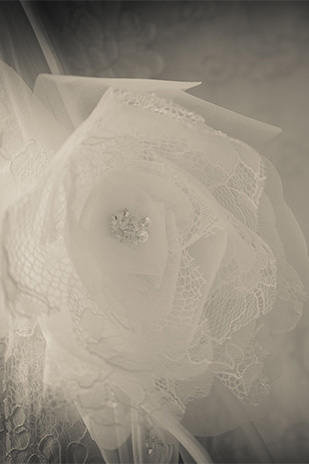 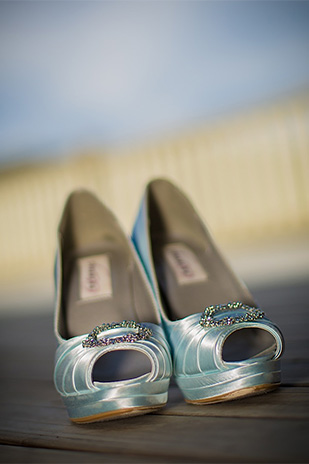 Esther wore ‘Gianna’ satin peep-toes by Dyeables. For an special touch they were hand-dyed baby blue. 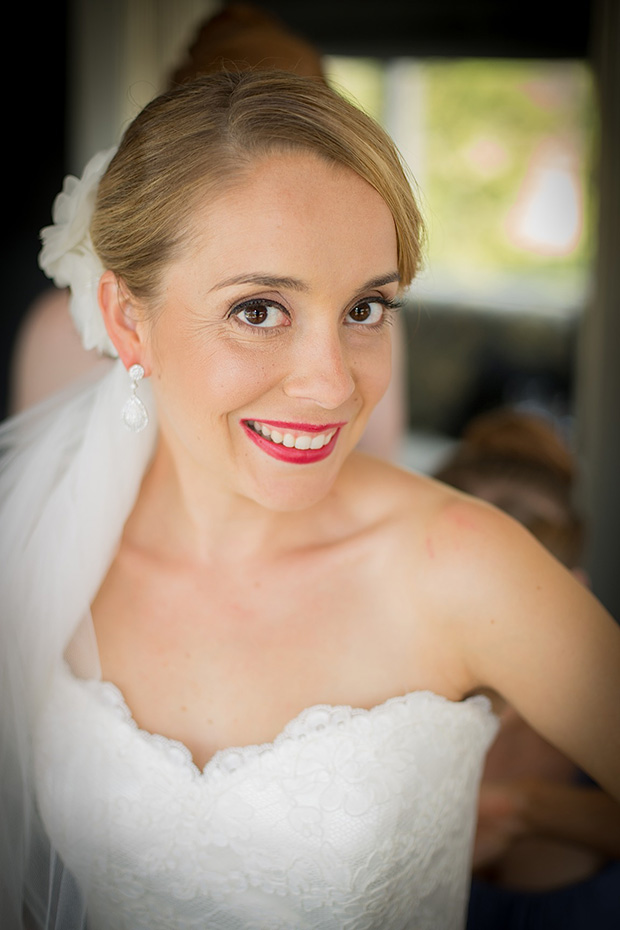 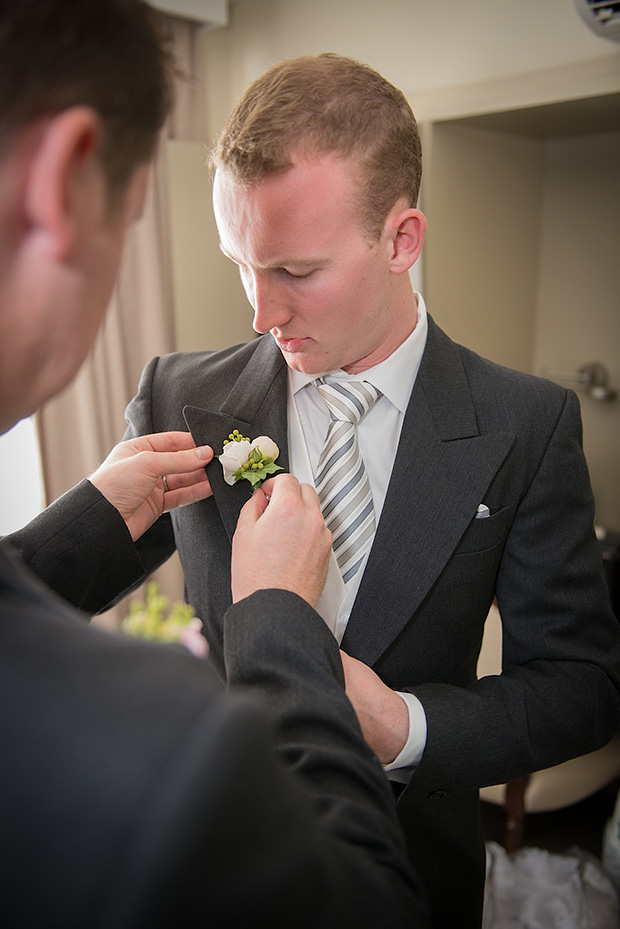 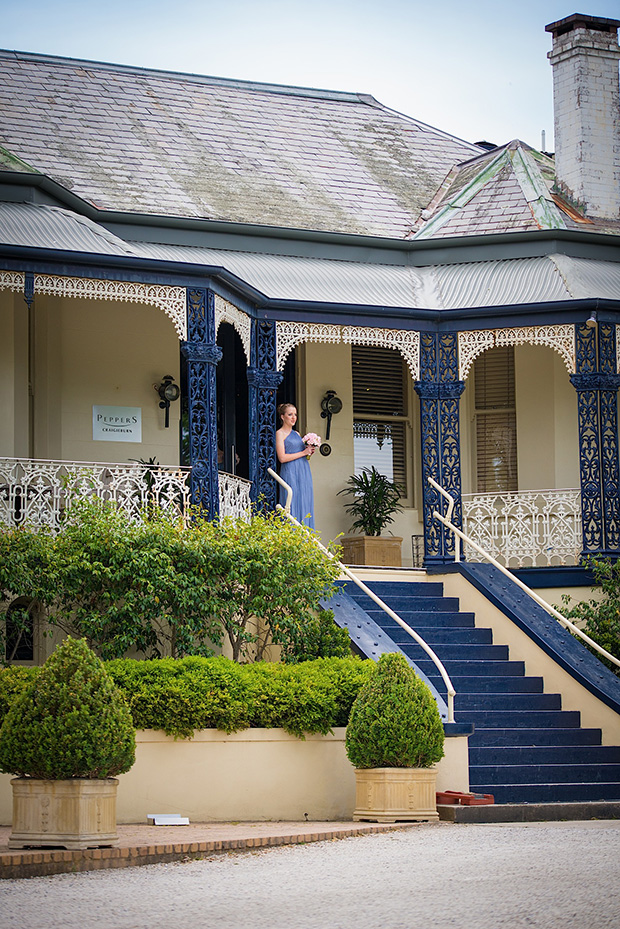 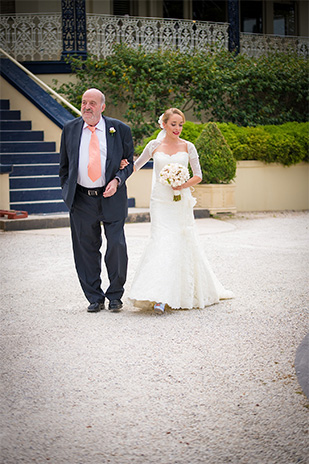 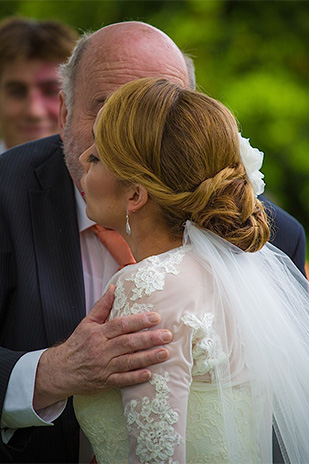 Esther’s beautiful lace gown was an Augusta Jones design from Brides of Beecroft. “My maid of honour picked it out, I wasn’t sure at first, but once it was on I didn’t want to take it off!” she laughs. 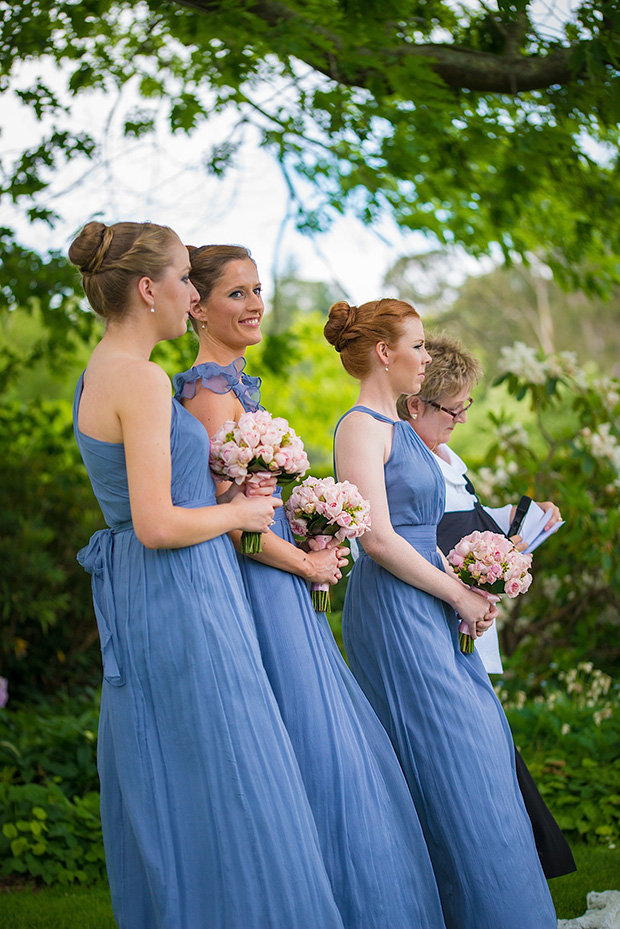 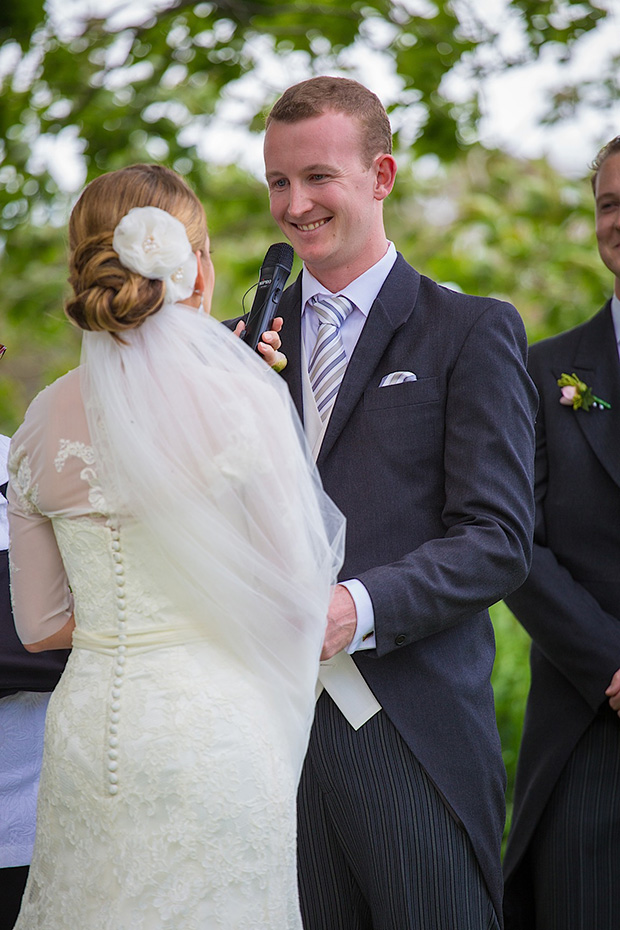 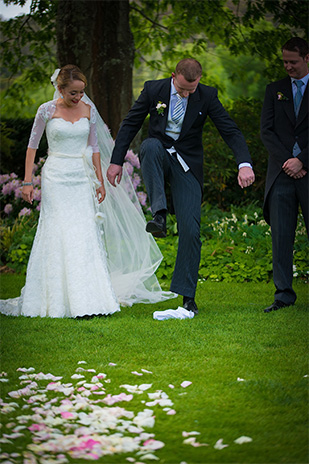 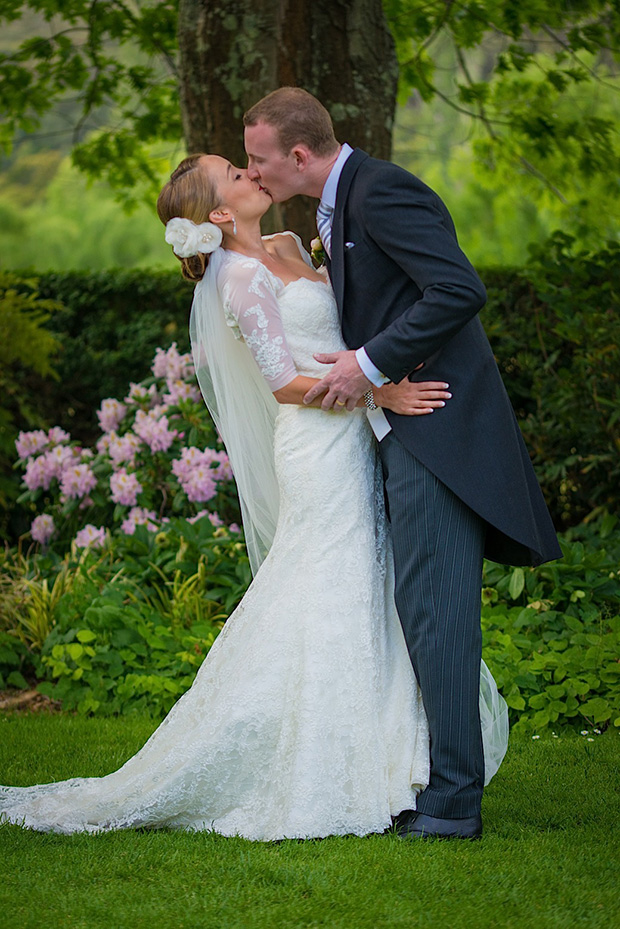 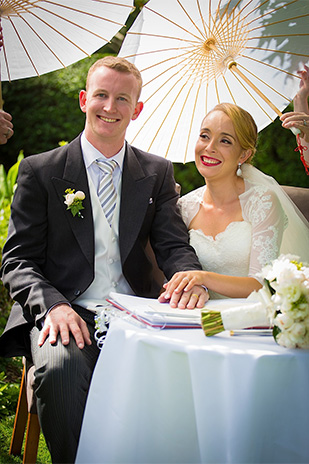 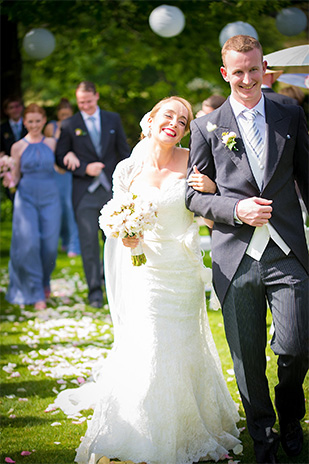 Rob went traditional for their day wedding, in a morning suit from Peppers Formal Wear. 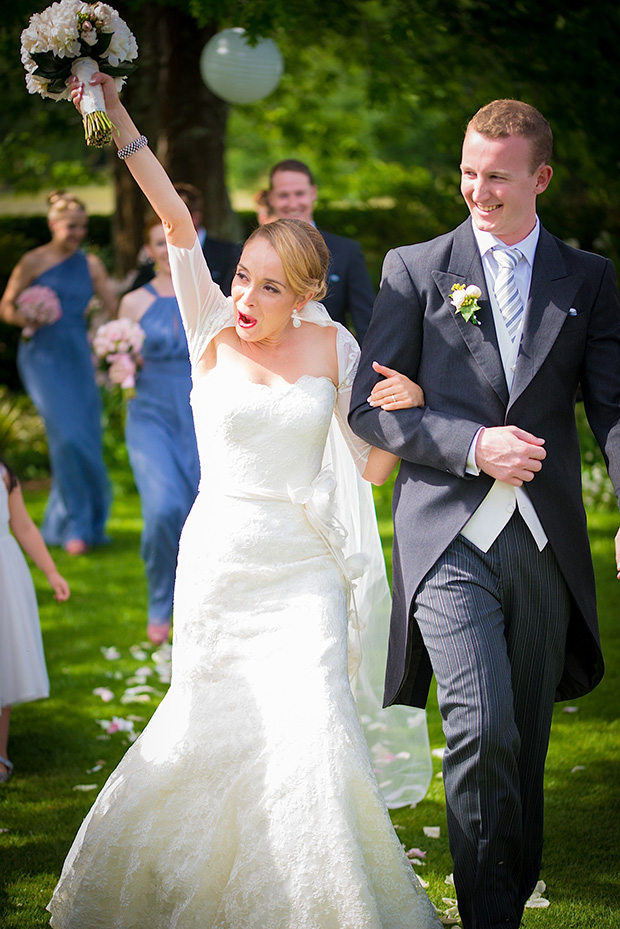 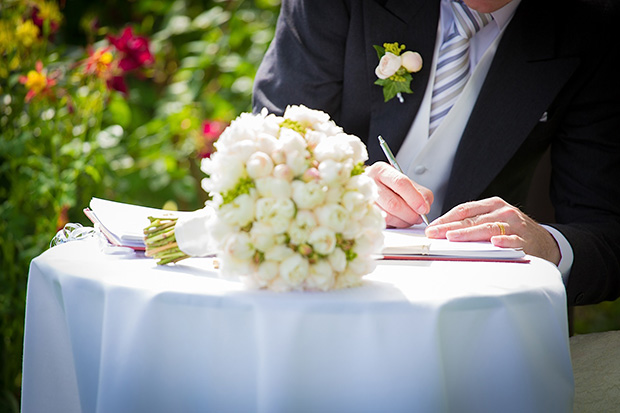 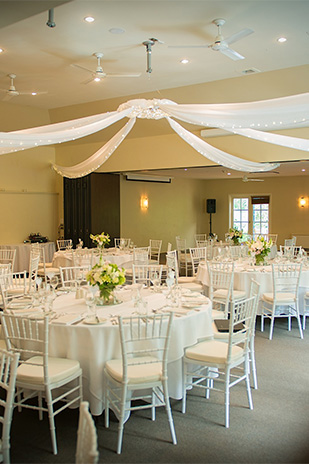 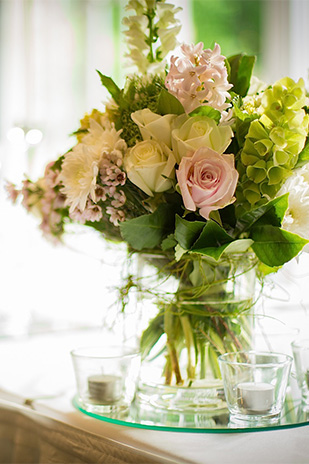 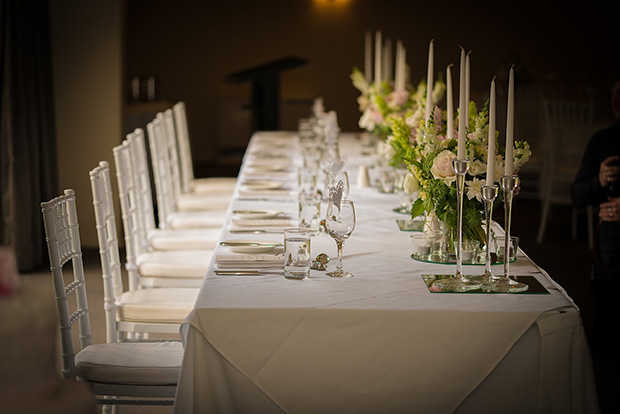