Inspired by the 1970 novel, Love Story, this romantic Sunshine Coast wedding between 28-year-olds Kellie Scott and Steven Page could melt even the coldest hearts.

They met in Brisbane in 2008 through mutual friends. A budding writer, Kellie was studying journalism and Steven was working as a fly-in fly-out marine engineer. He was funding a dream: to become a helicopter pilot.

With Steven working away so often, Kellie was doing a lot of flying of her own – visiting him in Newcastle or Gladstone or wherever he was working at the time – and slowly their romance blossomed.

So what was the key to surviving those lonely weeks apart? Good old-fashioned love letters.

“When we were first together, Steve and I began the tradition of giving each other love letters”, says Kellie in her wedding speech at the picturesque Flaxton Gardens. “His first love letter to me blew me away… three pages of thoughts and feelings that cemented for me the fact that I’d found someone so rare and so sincere.”

They continued penning their passion for one another and when Steven finally earned his helicopter licence, Kellie would receive her most romantic letter yet.

She says, “Not long after he gained permission to fly, Steven surprised me with a trip over to Moreton Island in an R22 where he proposed at sunset on the beach with champagne and, a letter. It was three pages long. At the end it said, “Look up” and when I did, he was on one knee. It was very romantic.”

Soon after, the pair landed dream jobs and relocated to Peterborough, Victoria, where Steven flies tourists over the spectacular 12 Apostles on the Great Ocean Road and Kellie writes for The Standard in Warrnambool. They flew home to exchange vows in front of 105 guests and plan to eventually return and settle on the Sunshine Coast. 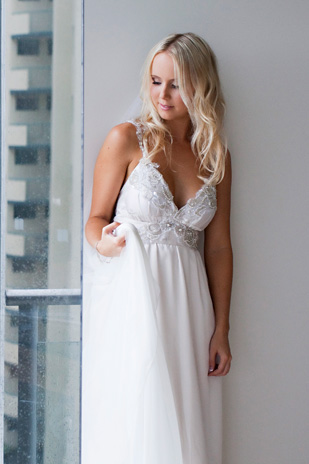 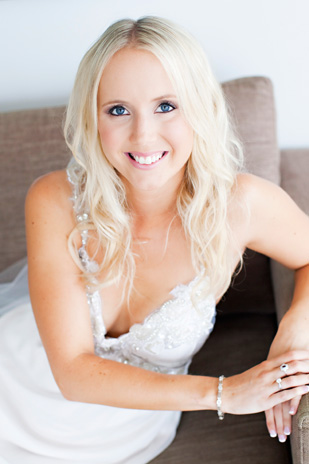 Kellie wore a custom made Anna Campbell gown with beaded-lace bikini bodice and soft slinky skirt that accentuated her slender frame. She wore her hair down in soft, natural waves and her makeup was classic bride with soft smoky eyes and pale pink lips. 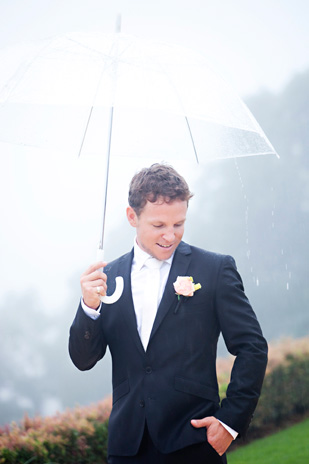 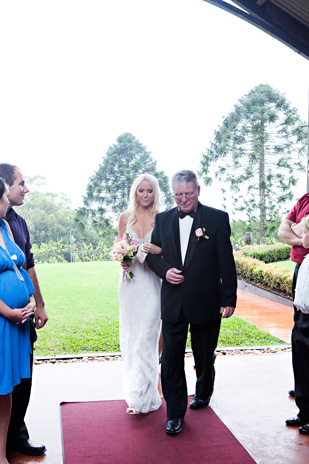 Married at Flaxton Gardens on the Sunshine Coast, Kellie was proudly walked down the aisle by her dad on a day that rained unrelentingly. Although initially disappointed not to have had an outdoor ceremony, “the intimate Barrel Room at the venue proved romantic and ideal,” says Kellie.

Kellie’s bridesmaids wore lovely chiffon mid-length gowns from Keepsake (which were maxis shortened to midis). Steven and his best man wore classic black lounge suits from Bossini London and groomswoman Sarah was dressed in a black peplum dress by Bardot, adorned with a pink waist sash. 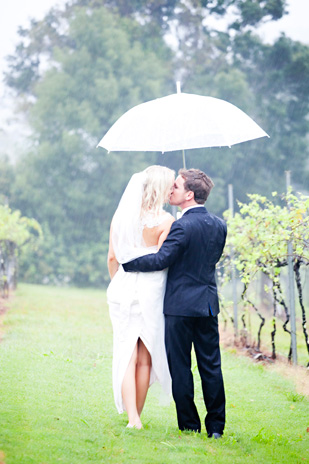 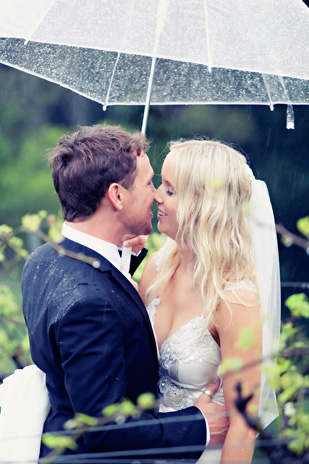 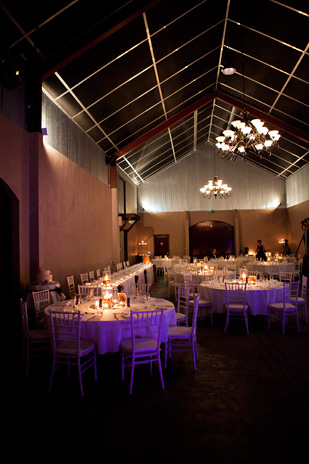 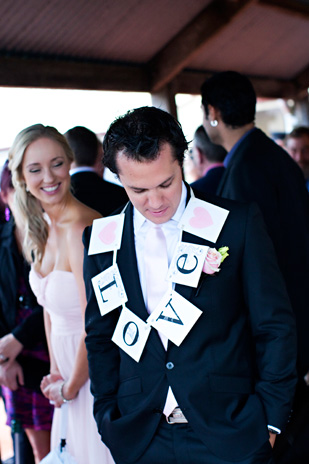 The Love Story theme was brought to life by this DIY bride who scattered paper hearts cut from old romance novels such as Romeo and Juliet over the tables. Guests were given bookmarks as favours which doubled as place cards. A beautiful storybook with 3D popup lettering spelling out A Love Story was ordered off Etsy. 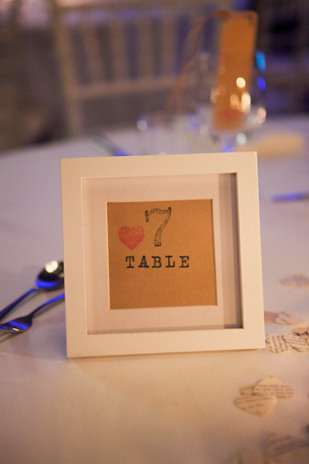 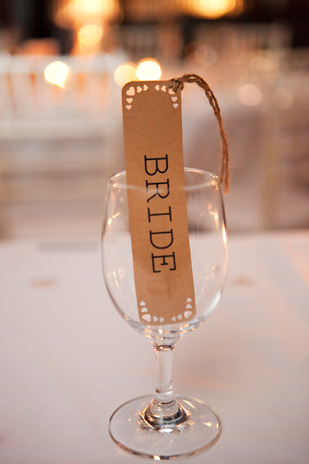 A trash the dress shoot at Kawana Beach on a fine day after the nuptials “more than made up for a wet wedding day,” says the bride. “We got the best of both worlds.”