I thought Yellow Pages directories were on the verge of extinction until I read the story of Jessie Boshier and Stephen Malpass’s high tea wedding in the Blue Mountains. They may yet serve their purpose!

Through the words of the groom, this “colourful and glamorous” couple tell their quirky wedding tale:

“The setting was perfect – the picturesque Blue Mountains during April. There was a good chance of clear, albeit chilly days associated with a persistent high pressure system hanging over Sydney throughout autumn.

“The setup was smooth; the equipment providers converging on the ceremony and reception locations to do their thing, as well as numerous family members on hand to help out.

“Sadly, only 16 hours before the wedding, the weatherman tested our mettle; 120km/hour winds, horizontal rain and arctic temperatures. Despite this dose of bad weather, nothing was going to detract from the most special day of our lives.

“All hands were on deck to up-right chairs and dry table-settings and, by the time the ceremony came around, we only had dampened shoes – not dampened spirits.”

Read more of Stephen’s take on their wedding day as you scroll through their lovely pictures by Over the Moon Photography. 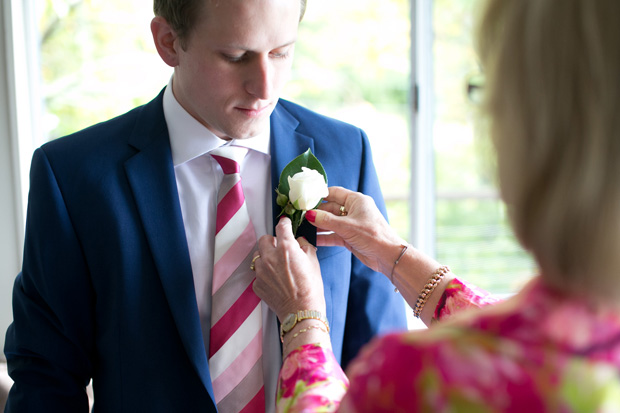 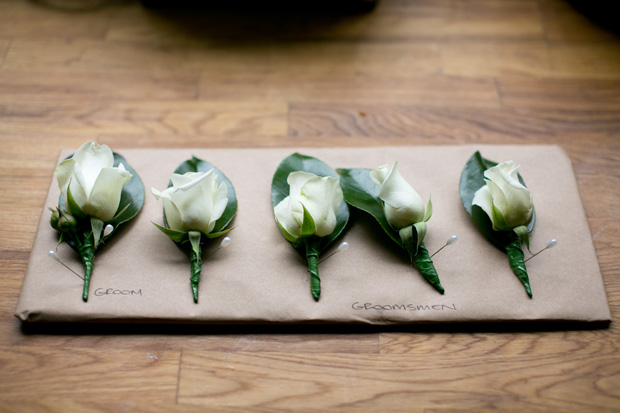 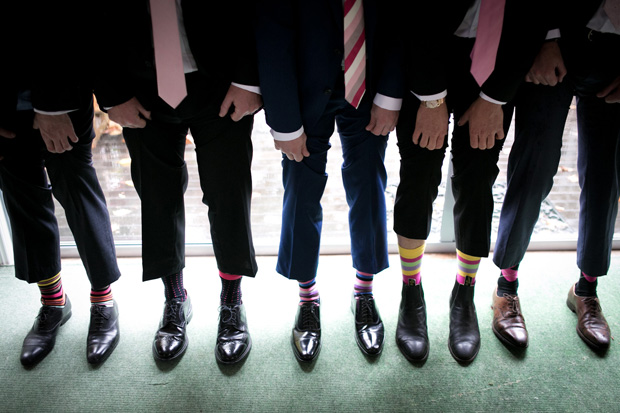 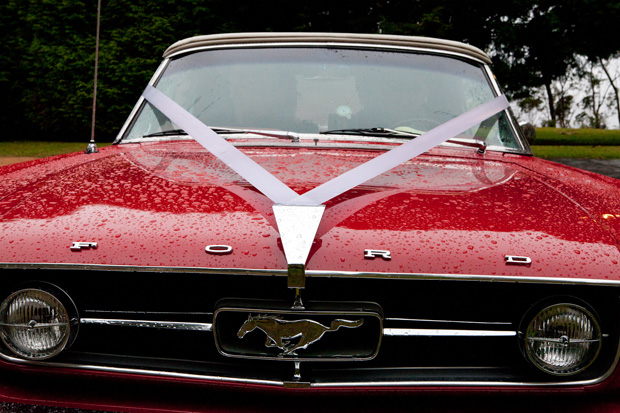 “The beautiful bride and her three bridesmaids were picked up in retro Mustangs and driven to the ceremony at the Campbell Rhododendron Gardens in Blackheath. The palpable anticipation of the awaiting crowd was nerve-racking, but hearing the deep rumbling of the vintage cars enter the property and drive past the ceremony marquee for the whole crowd to see brought tears to people’s eyes.” 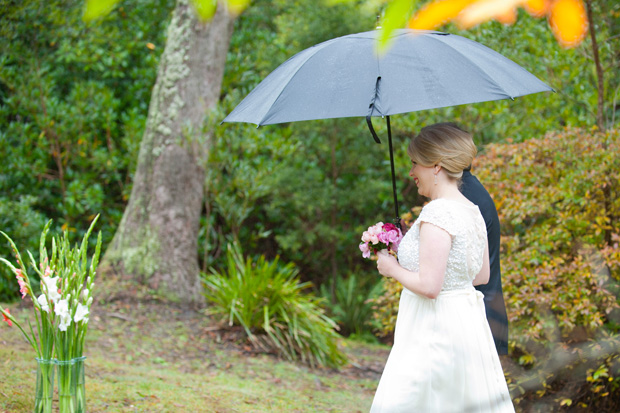 “The bride’s graceful walk up to her waiting groom, bridal party and celebrant, arm-in-arm with her father, was the most poignant moment of the day. Her beaming smile and the pride on her father’s face was just beautiful.” 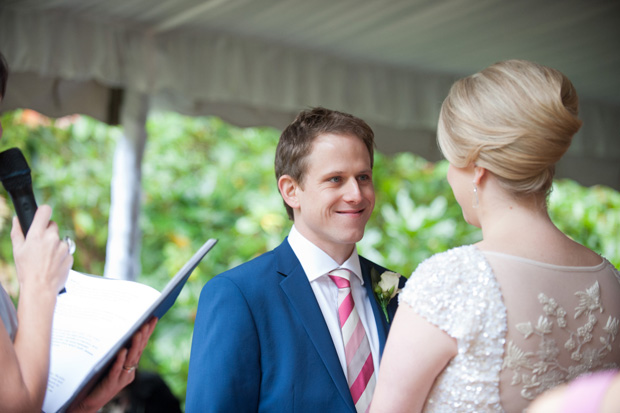 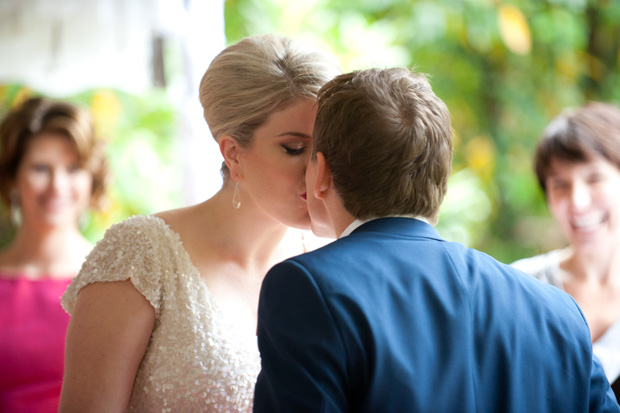 “The ceremony was a relaxed but special event; the bride and groom wrote their own vows, both of which had the crowd in hysterics with the personal and funny nature of their ever-lasting promises to each other.” 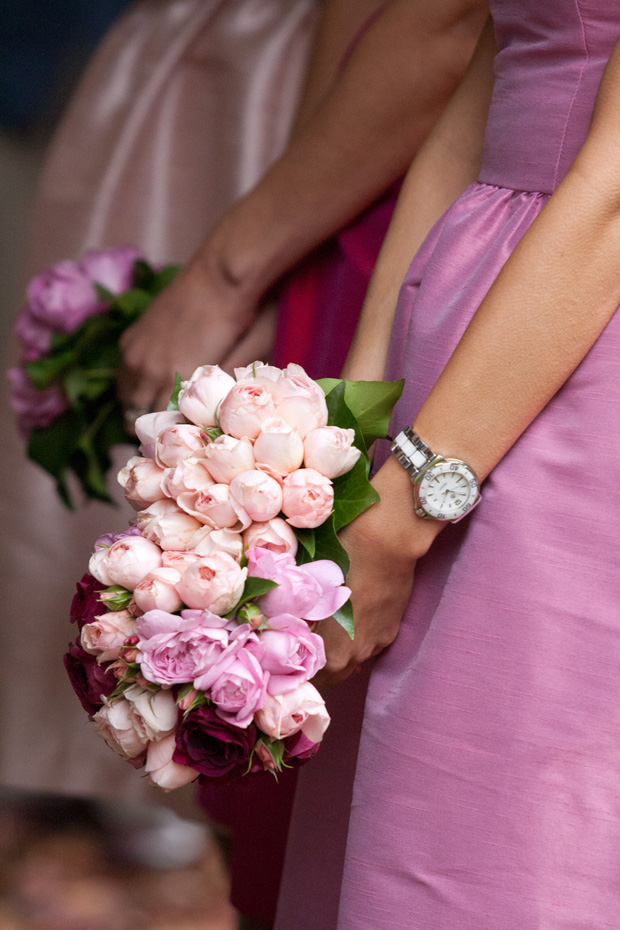 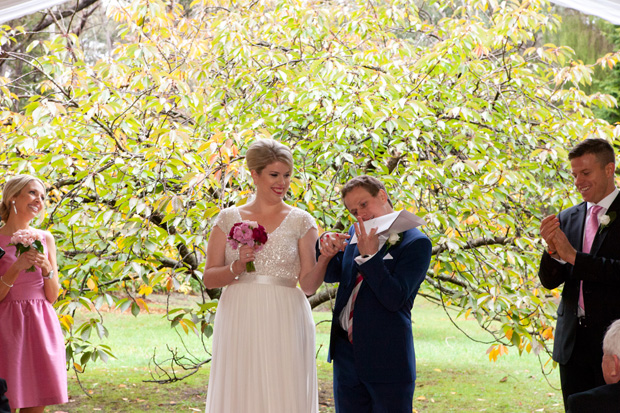 “Owing to the groom’s height disadvantage against his soon-to-be-wife, a Yellow pages book was brought out from under the registry-signing table on which he could stand!” 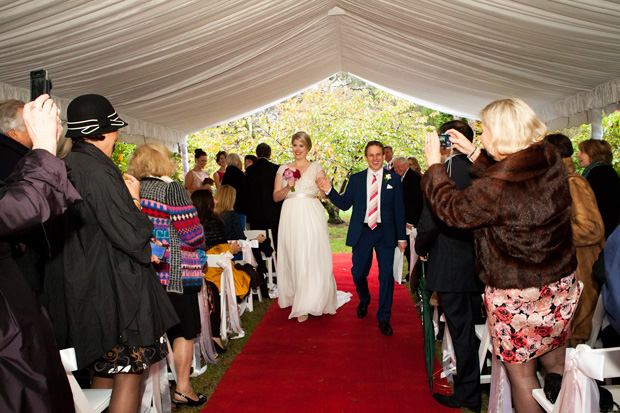 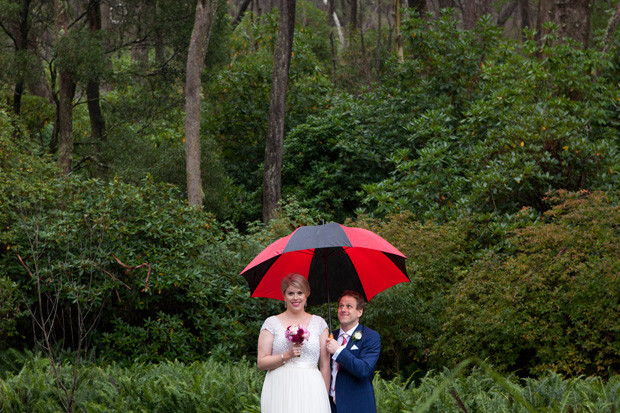 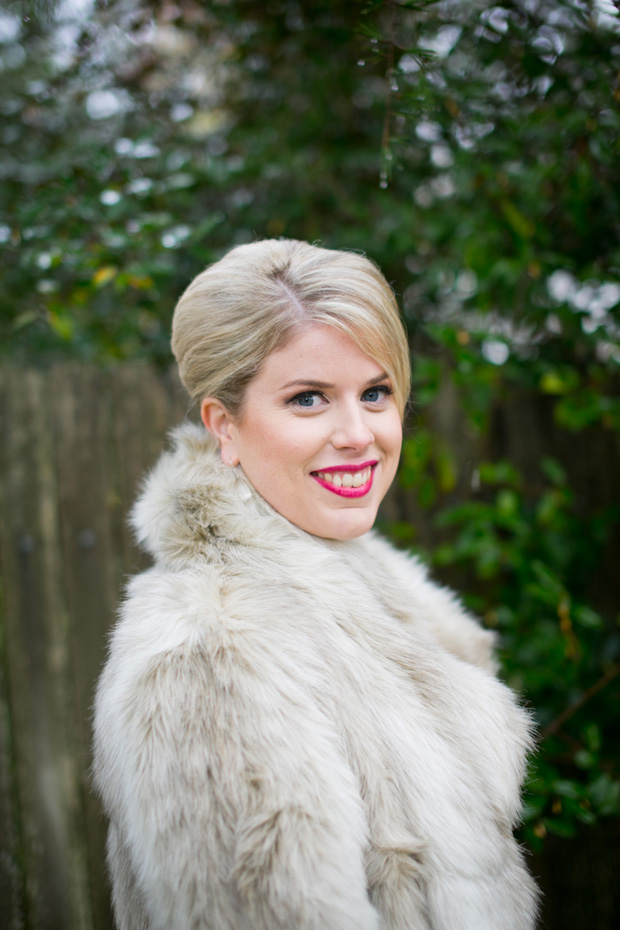 “The ceremony ended with the perfect song, “Ne Me Quitte Pas” by Regina Spektor, after which the bridal party was driven to Leura to have photos taken in the grounds of the Toy & Railway Museum.” 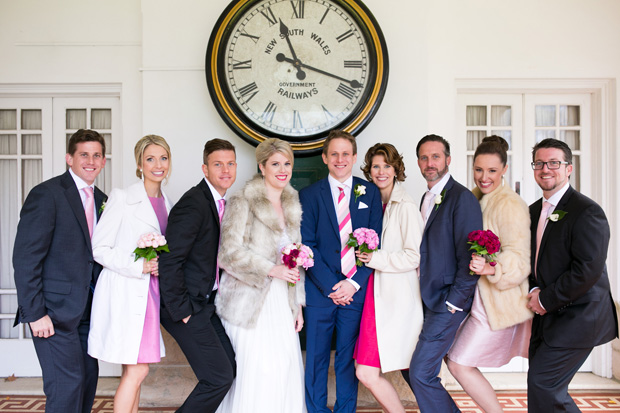 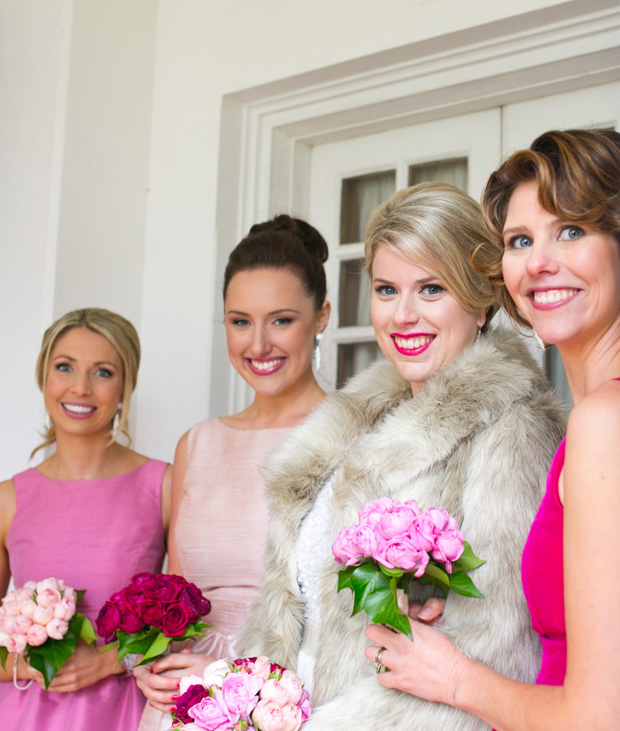 “The bridal party was driven back to Blackheath to a rented property for the reception where waiting guests welcomed them to “Baby Got Back” by Sir Mixalot!” 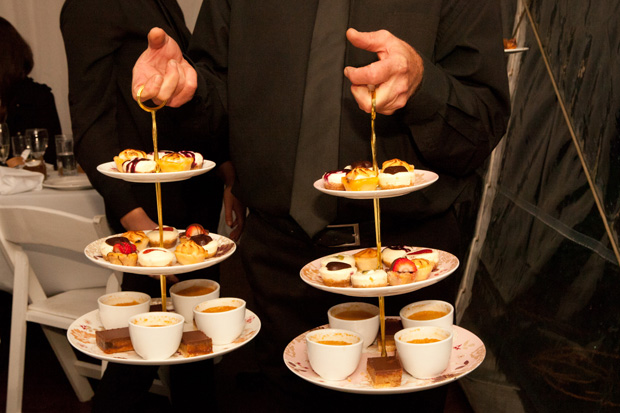 “Throughout the evening there was a sit-down meal, with speeches from family, and petit fours-style desserts were brought out on three-tier cake stands.” “The night ended with hours of dancing, kicked off by the bride and groom having their first dance to “I’m Shakin’” by Jack White.”

Stephen says, “Our wedding was characterised by humour, with a touch of tradition and a whole lot of chic. It perfectly matched our personality and styles – colourful and glamorous!”

Photos courtesy of Over the Moon Photography.