Their fate was foretold by an uncanny clairvoyant who predicted a baby, a ring and a wedding – all in that order.

Thirty-year-old Brisbane girl Jessica Beckman met Murray Ryder, 38, waiting for a barge to ferry them back from Moreton Island at Christmastime 2008. She asked, “Can I have a go of your paddleboard?” and in that innocent question their destiny was set.

One month later, at the very café where she would later celebrate their marriage, Jessica had her palm read for the first time.

“Congratulations, you’re engaged!” said the palmist – which Jessica quickly denied – and the psychic replied, ‘Well there’s somebody in your life who’s your soul mate. You may not be engaged now but in a year you will be.’”

“Then he asked if I wanted kids,” says Jessica. “He said, ‘Be very careful, you’re very fertile.’”

True to his word, Jessica soon fell pregnant and at five months the pair travelled to Bali for a 10-day holiday. Whether it was the palmist’s prediction, a feeling, or pure logic – they were having a baby after all! – Jessica waited for Murray’s proposal. And waited. And waited.

“He left it to the very last day and it nearly killed me!” she laughs. “I’ve never seen him so nervous. He said, ‘I knew you would say yes but you have no idea how nerve racking it is!’”

The smitten pair exchanged vows on October 15, 2011, in a vintage beach ceremony in Tallebudgera followed by a cocktail wedding reception at Elephant Rock Café on the Gold Coast. They have since welcomed a second little one to the family. 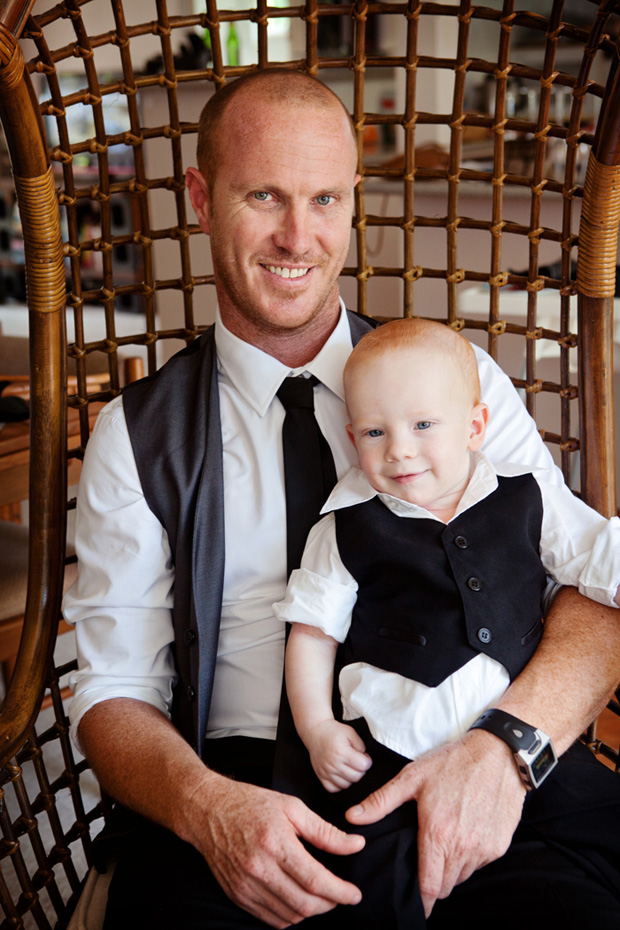 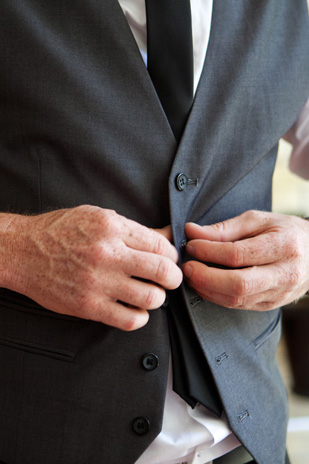 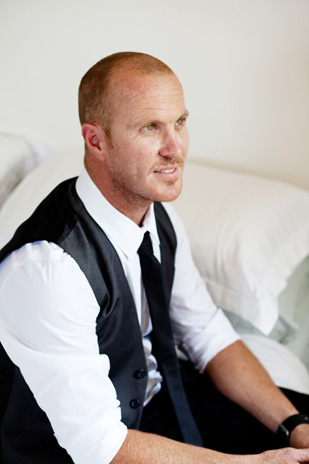 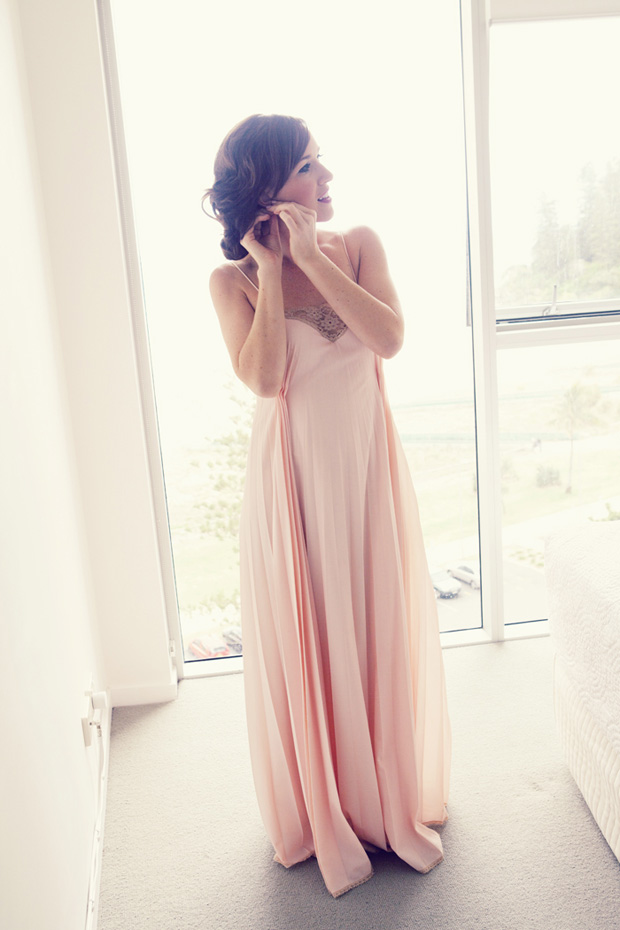 Incredibly, Jessica purchased her vintage style wedding gown from a thrift shop for just $10. “I bought it years before I met Murray, but I knew it was going to be my wedding dress some day,” she says. 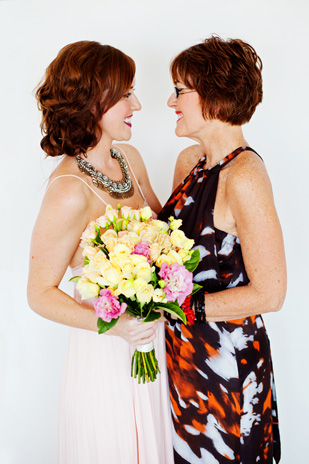 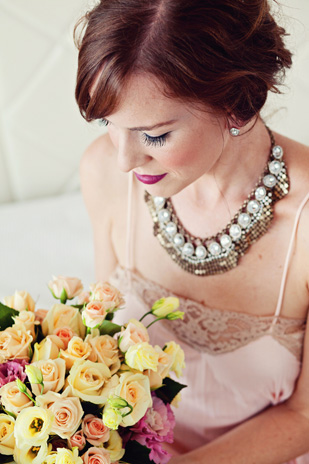 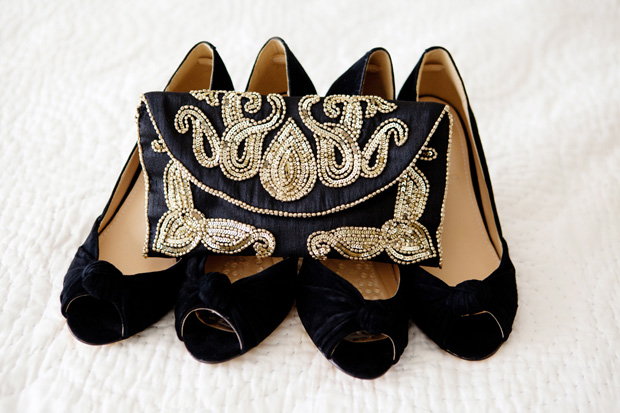 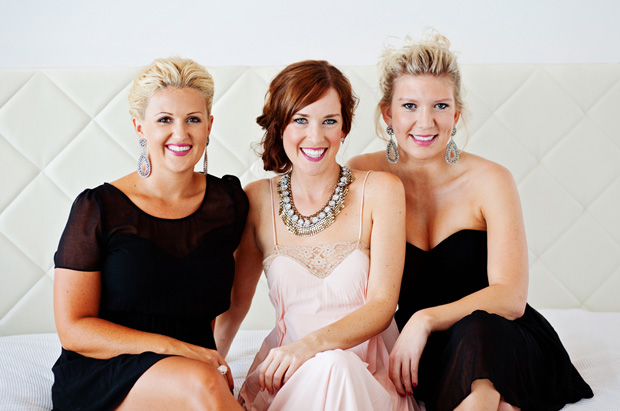 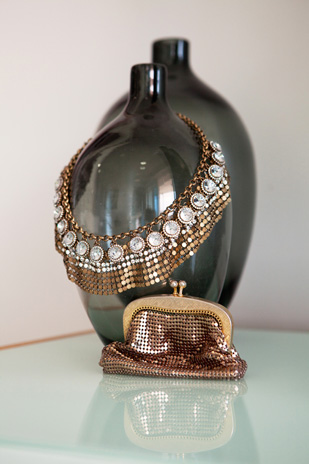 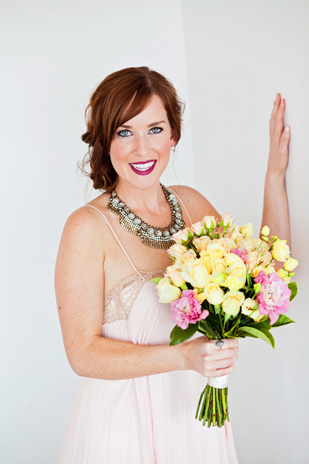 The simple gown was contrasted with a stunning statement necklace from Oroton. 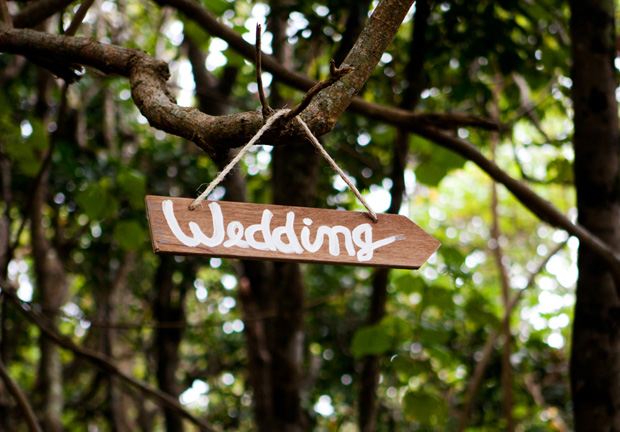 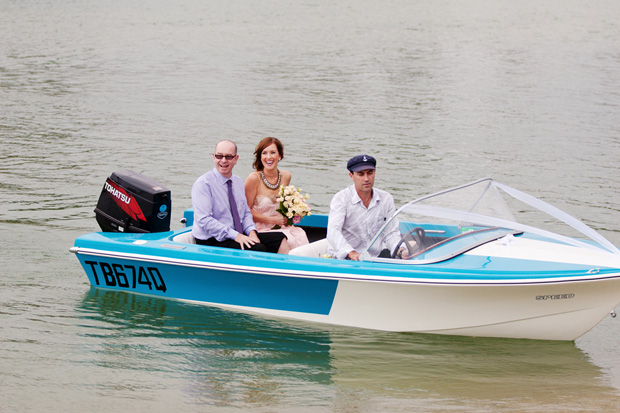 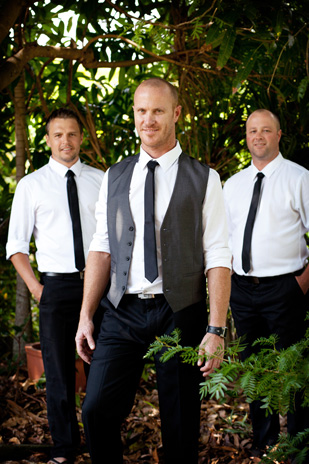 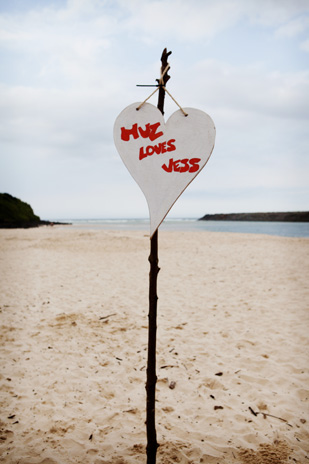 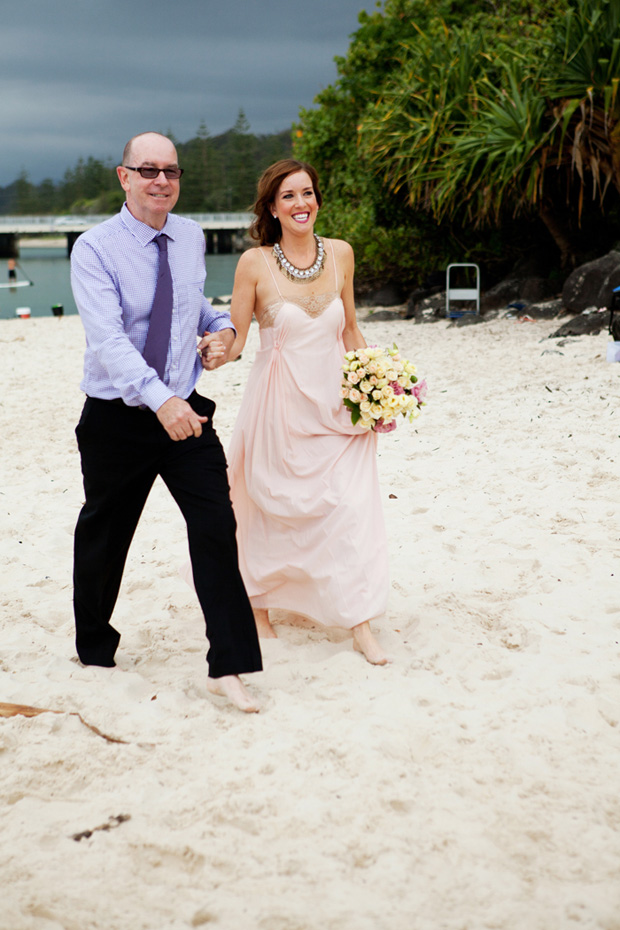 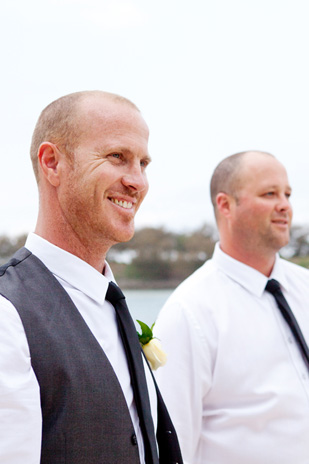 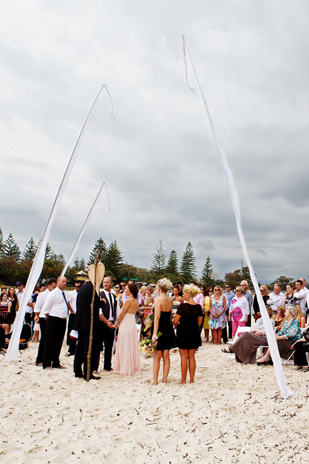 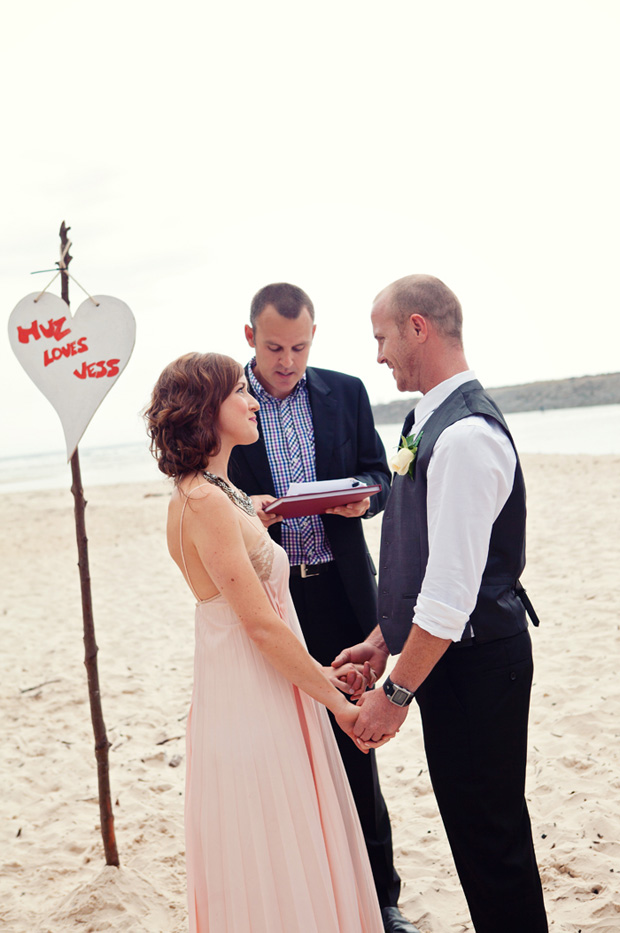 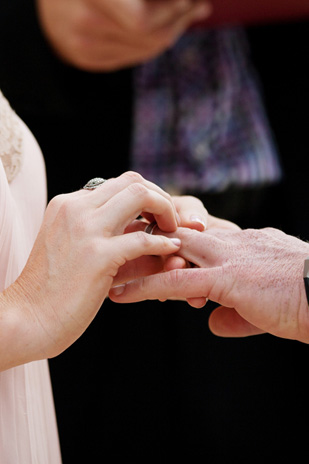 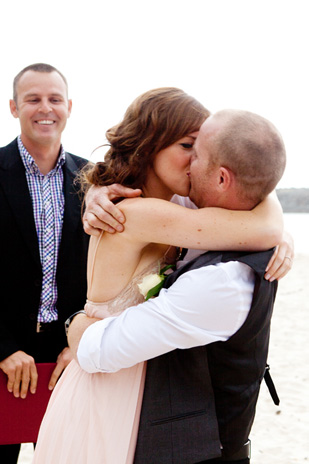 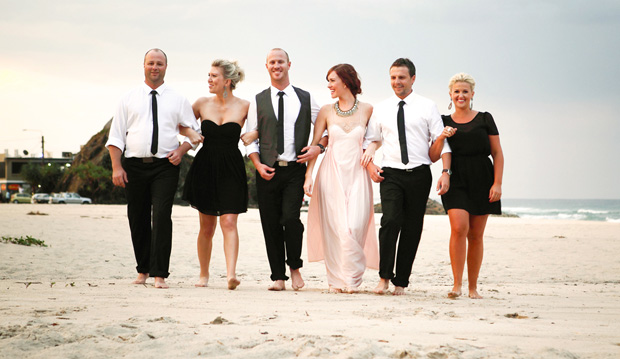 Jessica jokes, “Murray had one job for the wedding – organise a car to pick us up at the end of the night. He didn’t, and we ended up getting a maxi-cab – just the two of us!” 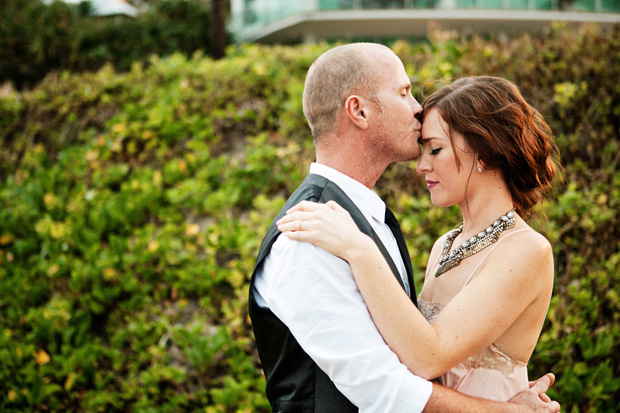 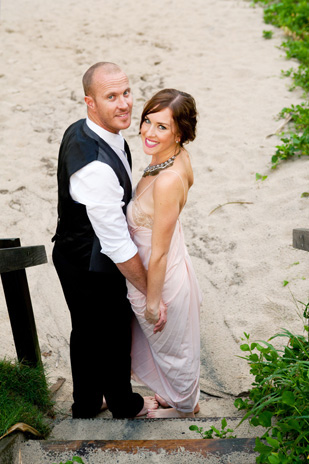 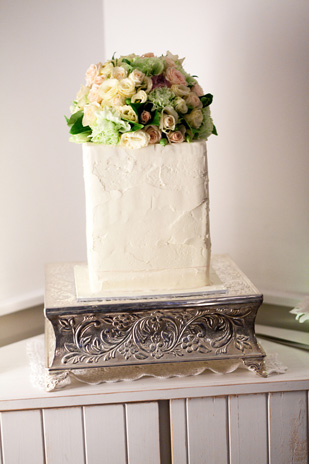 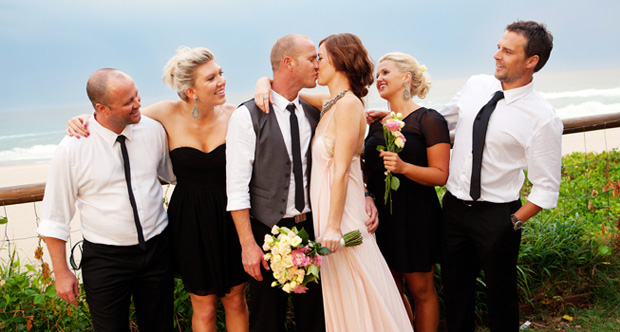 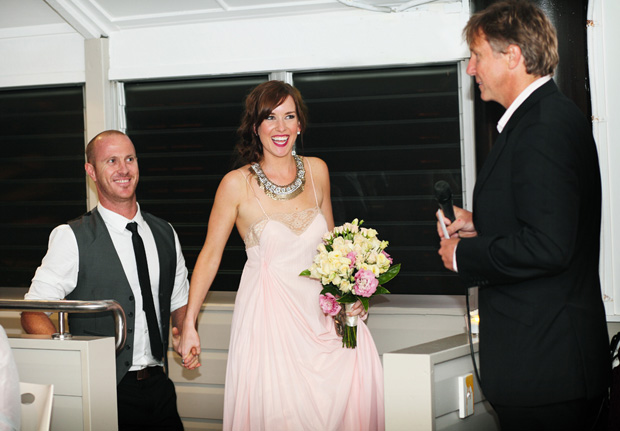 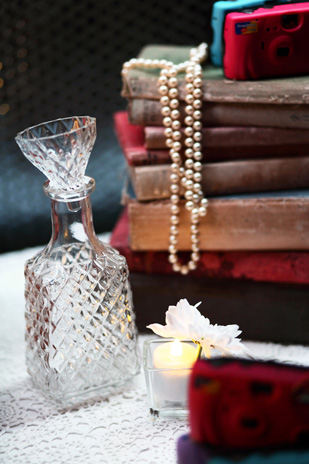 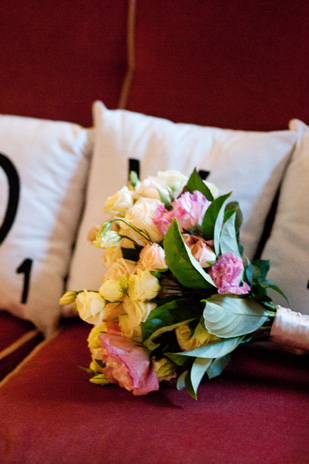 Photos courtesy of This Day Photography.