Courtney and Mario’s chilly winter wedding in the Adelaide Hills

There’s lots to love about today’s not-so-traditional Real Wedding. The super cute tea-length wedding frock. A lively brooch bouquet made with family heirlooms. And bursts of anti-bridal bold colour-combos in purple, red and blue (how cool is the 1938 royal blue Buick?)

Our couple, Adelaide born Courtney Young and Canberra based Mario Gamma met on a company sales conference in Melbourne – they both worked for the same construction company. They hit it off and started a hush-hush (from their bosses) and short-lived long distance relationship. So did it fizzle out? No! Courtney moved to the ACT after just six months. “Long distance relationships are so hard,” Courtney says, “so we decided to just give it a go and I moved to Canberra.” Now that’s what I call commitment.

Who knew a sales conference would be a great place to meet a potential life partner? But it definitely worked out for this easy going couple. They were engaged 18 months later (and are now expecting their first child together!) and held an intimate winter wedding for 54 guests at boutique hotel, Mt Lofty House in the Adelaide Hills.

Their wedding was atypical of traditional unions, it was held in winter for a start, but maybe the fact that Mario had worked in the wedding industry for so long as an entertainer and MC (more about that here) meant he’d seen soooo many weddings and just wanted something low-key and a bit different.

Their beautiful photos are captured by Steven Murray of Creative Image Photography.

Courtney wanted a non-traditional bouquet and found the talented Viktoria Novak, couture milliner, to create her cheerfully eclectic brooch bouquet which included family heirlooms. “It had my grandpa’s red ruby rings, my grandma’s costume jewellery and some handmade brooches my other grandma made back in the day when she was just 18,” explains Courtney. 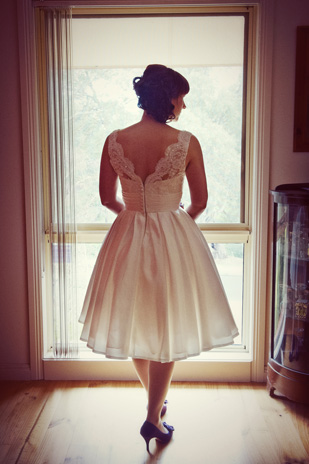 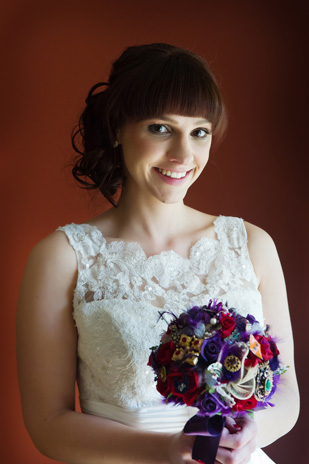 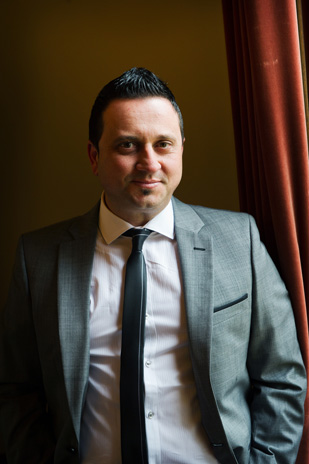 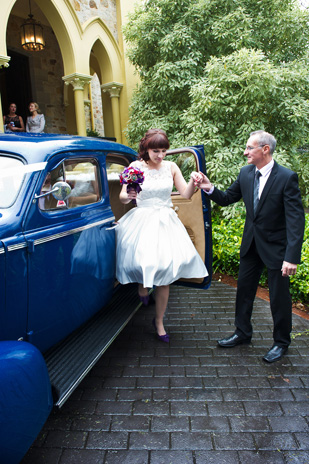 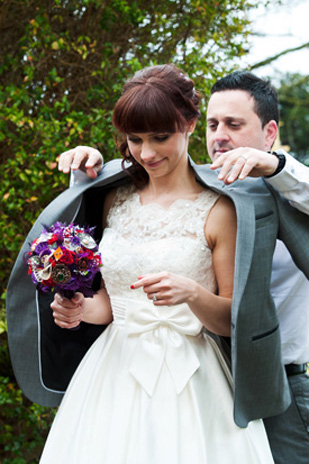 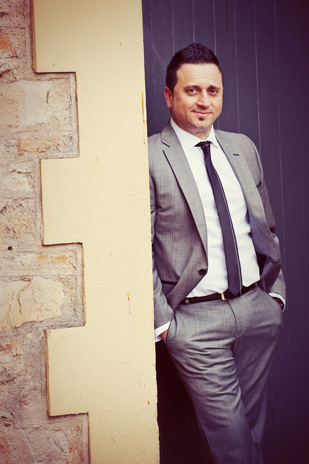 Courtney wore a vintage inspired satin tea-length gown from Spurling Bridal & Formalwear, featuring a lace neckline and bow detailing. “I probably should have worn a full-length gown for warmth!” says Courtney. “But I wanted a tea-length dress for something different.” She adds, “Even though I am not a matchy person, I thought I’d better get purple shoes to match the bouquet.” She found her purple points at Betts. 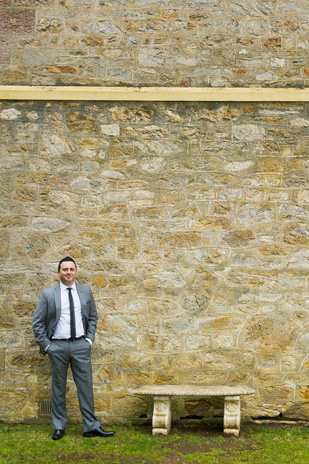 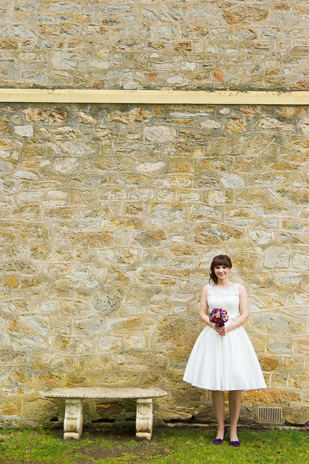 Mario was kitted out in a grey and black-trim suit by Roger David, with a classic white cutaway collar shirt and skinny tie.

Courtney’s baby blue winter cardi from Alannah Hill was her must-have accessory for a winter wedding. 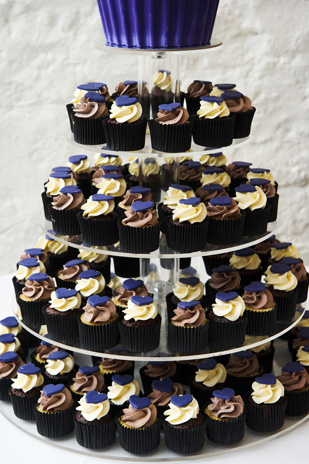 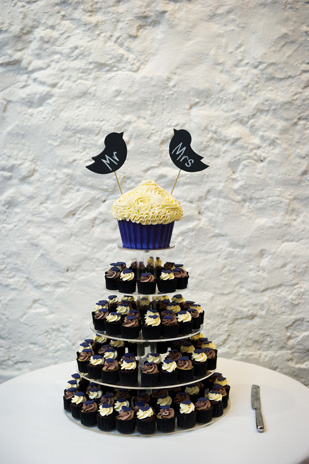 The best thing about the day? “Just having our family and friends in one place at one time,” says Courtney. “We had nearly all of the hotel booked out, we all ate breakfast together the next morning and opened the presents back at my parent’s house afterward.”