The young couple met at 19 and 23 respectively while Shaun was playing in a rock band. Within a year of dating the couple moved in together and, during a two-month Europe holiday, Shaun popped the question.

“A mere four days into the trip, Shaun proposed to me in my grandmother’s apartment in the south of Holland,” smiles Amy. “It was beautiful and we got to spend the next two months travelling together as fiancés!”

Sixty-five close family and friends joined the pair outdoors on December 14, 2013 in what was designed to be a relaxed affair. “It was a simple and effective wedding,” says Amy. “Shaun and I worked together through every stage of the planning and had such a fun, relaxed night.”

The cocktail style setting meant the newlyweds could speak to every guest and not miss out on any special moments. 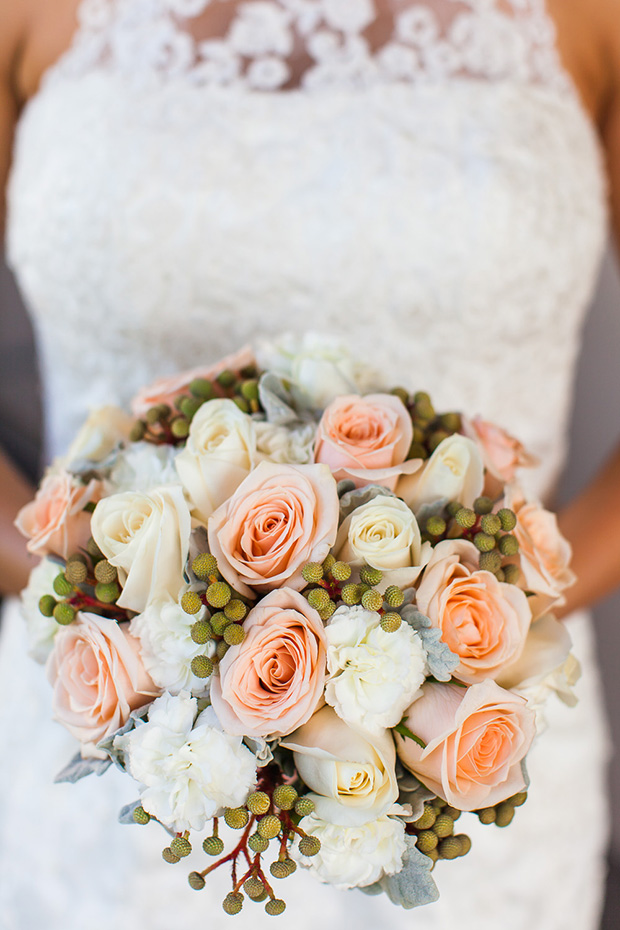 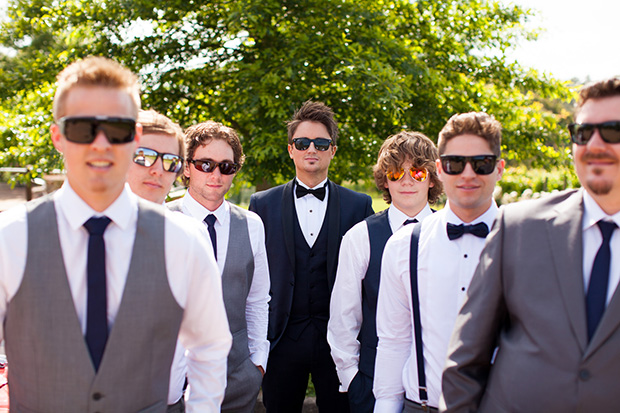 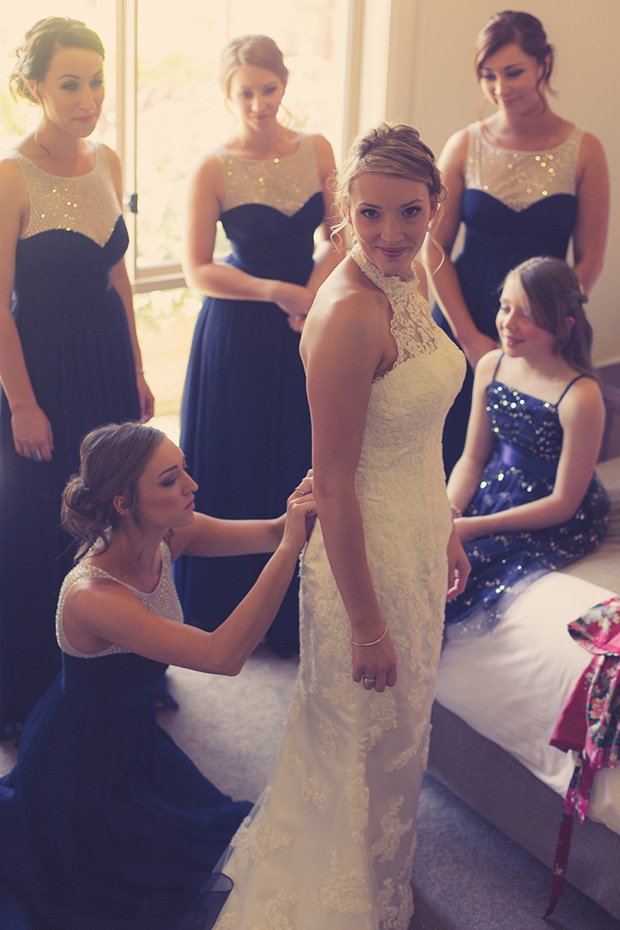 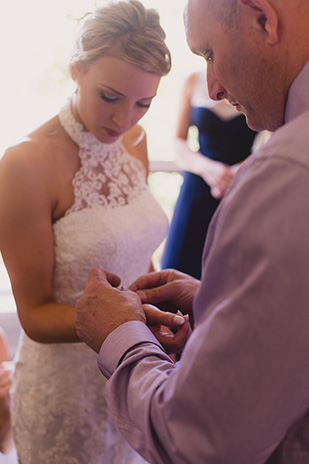 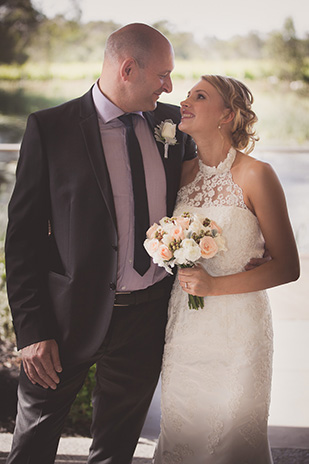 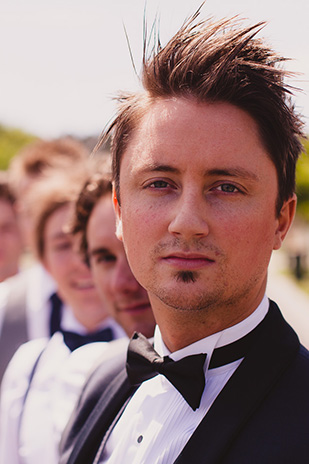 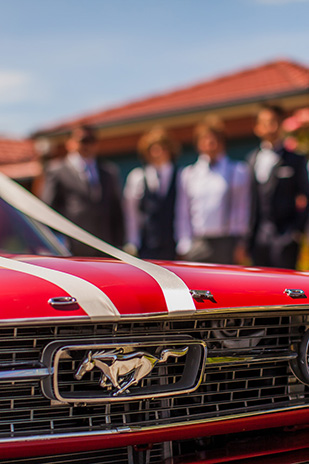 Shaun chose to have his groomsmen don their individual style, creating different looks for each of them from Connor Menswear. 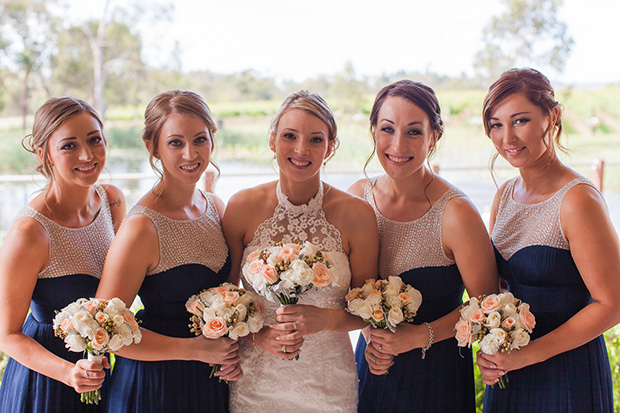 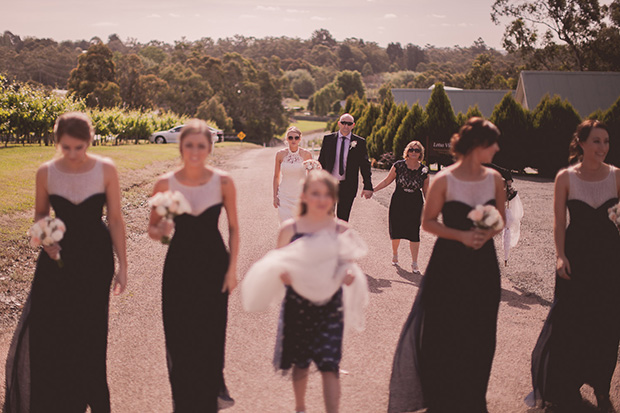 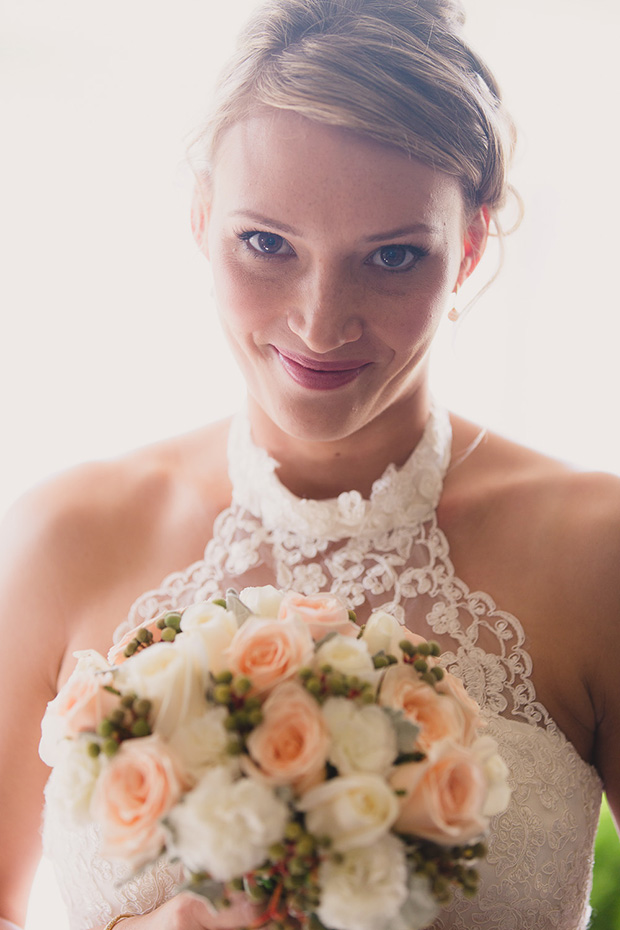 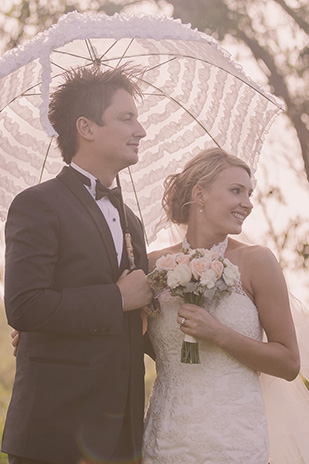 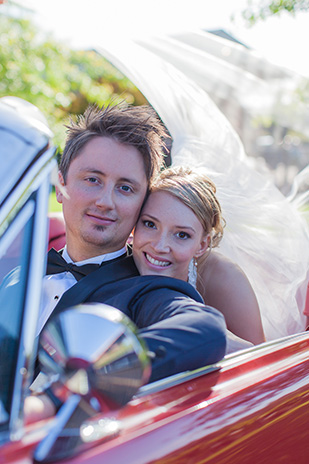 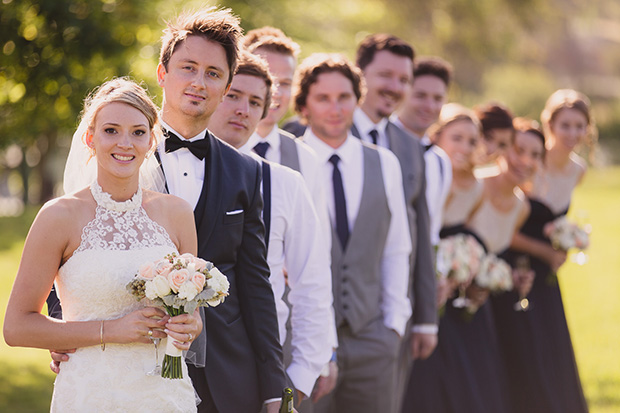 Amy’s dress was custom made by Ziva Wedding Dresses. “I chose my design and fabrics, and had it made then fully fitted in Melbourne,” she says. 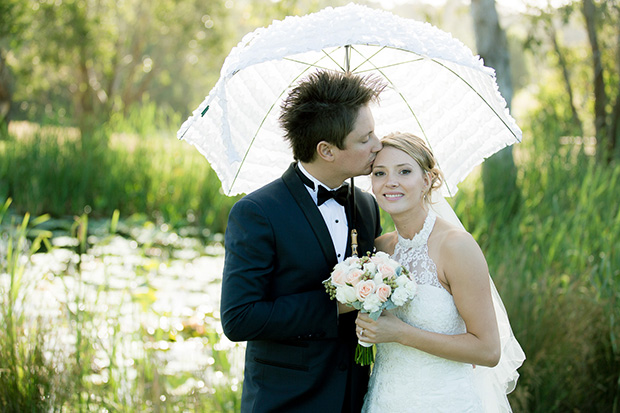 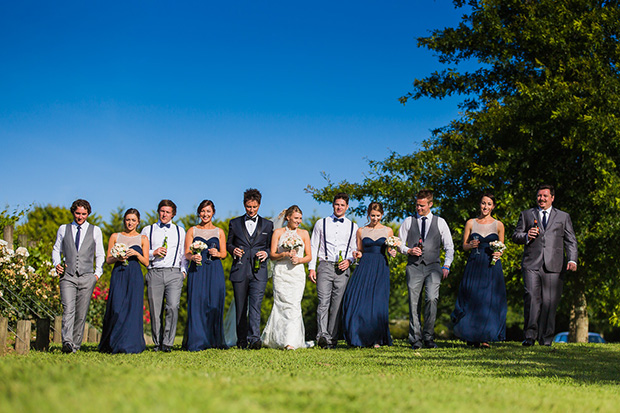 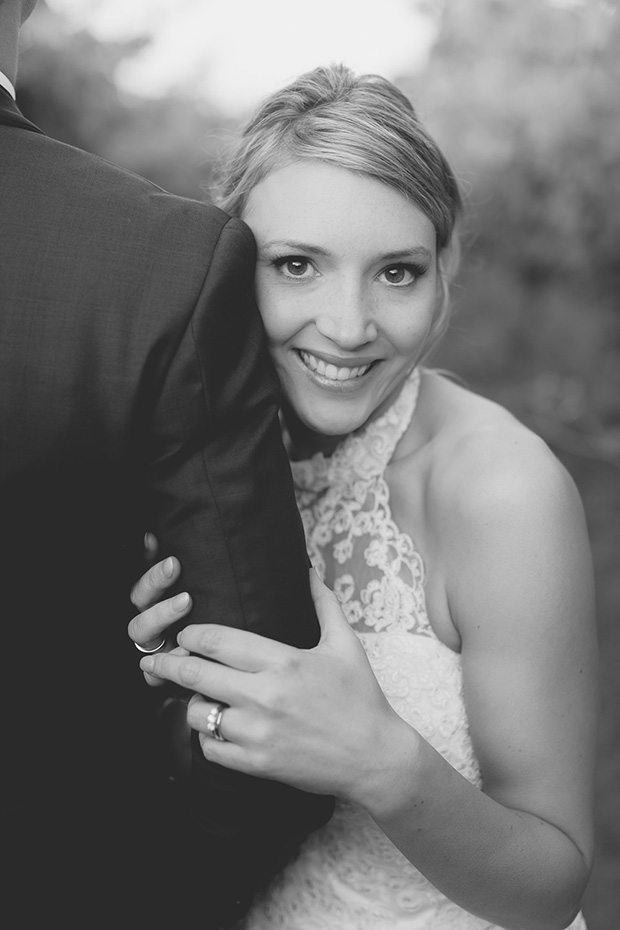 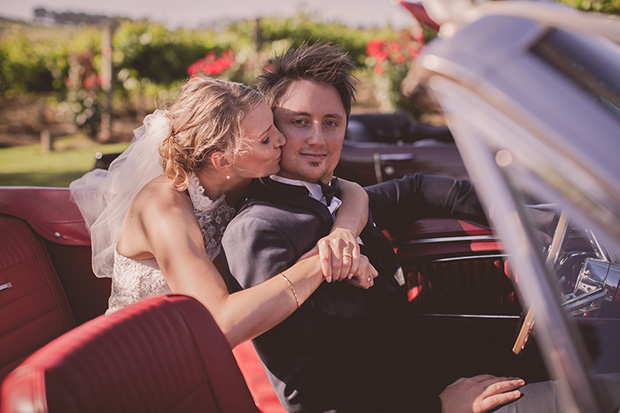 Amy’s brother organised two convertable Mustangs to transport the boys and use in photos.