After meeting at work in Chippenham, UK, Estonian-born Alina Matvejeva got tired of waiting for Hamish Young to ask her out… so she asked him.

Hamish, 30, says, “Alina is such a charismatic person; I was very nervous around her. I was relieved that she asked me out for coffee… it was pretty much love at first sight for me.”

There’s wasn’t a slow-burning courtship. They moved in together after only a couple of days (partly for convenience), and three months later, took a “big jump” relocating together to London. “But it was to be a great beginning of our wonderful journey,” says Brisbane-born Hamish.

When their London stint was done, 27-year-old Alina took another leap of faith, moving with Hamish to Australia, a country she’d never before visited. But thankfully, she says, “I love it here.”

Two years later Hamish would propose after a delicious meal at Brisbane’s Kingsleys Steak & Crabhouse. He says, “I had the ring. I knew where we should eat. I knew where to ask. It felt so natural as we ate and laughed, while watching the river flow on by. Oh, and not to forget Alina’s episode of hiccups.”

He popped the question on a walk up to Mt Cootha to watch the city lights. “The moment came, I asked for Alina’s hand in marriage. Time stool still as I waited for her response. To my relief she said yes and I slid the ring on her finger.”

Alina chimes in, “I only considered his proposal for less than a second before I said yes.”

Their intimate wedding was a lunch for 30, set on one big, beautifully decorated table at the Brisbane River-side restaurant, Aqualinea.

“We’ve been together five and a half years,” says Alina, “but we still have the romance going!” 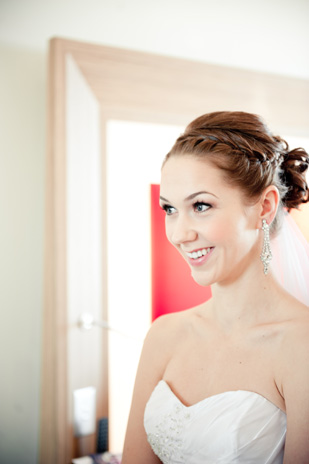 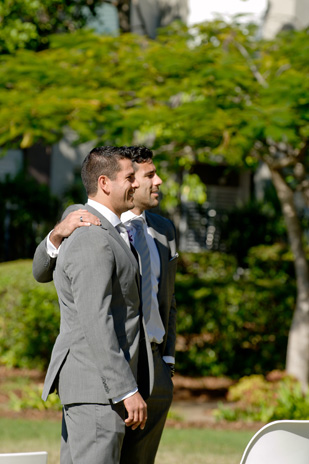 Alina wore a white beaded lace gown with satin-edge veil, and beautiful earrings and necklace from her mum who sadly couldn’t make the trip from Estonia for the nuptials. 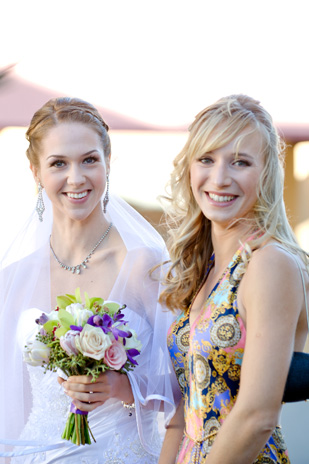 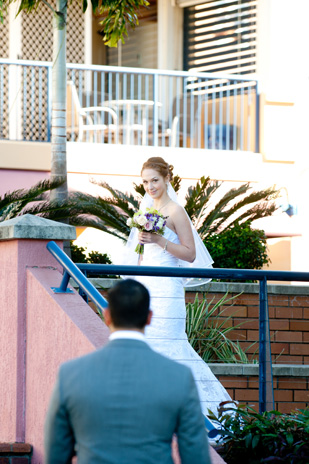 “To my huge surprise, it wasn’t me who had teary eyes during the official ceremony,” says Alina. “It was Hamish! All he could mumble through the tears when he saw me walking down was, ‘you look so beautiful’, after which I couldn’t stop smiling.” 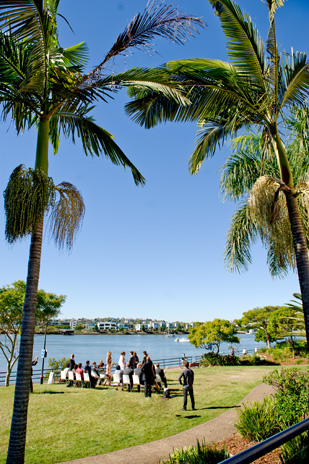 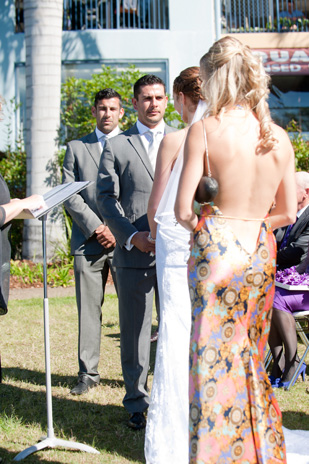 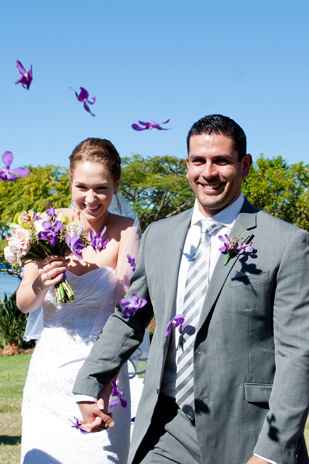 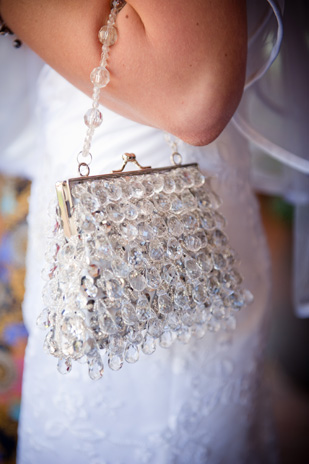 Alina’s natural and flawless makeup, and beautiful braided up-do was by the talented artists at Pink Parlour for Brides. 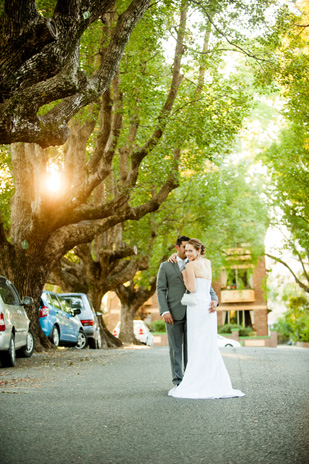 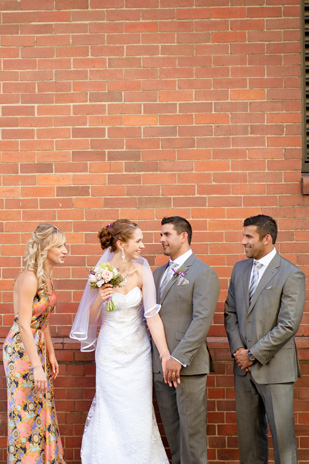 Hamish’s best man was his brother, both wearing light grey lounge suits from Blaq, and Alina’s maid of honour was her best friend who skillfully made her own printed maxi gown for the event. 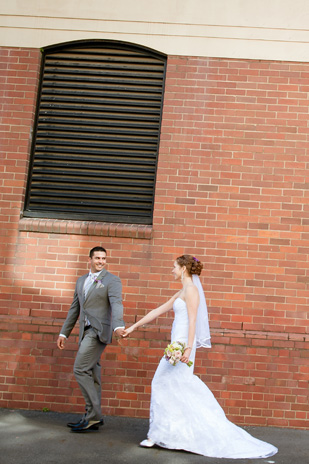 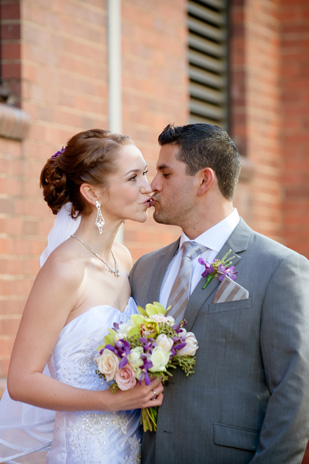 Photographer Yoori Rose was “amazing,” says Alina. “She took so many great shots – it’s still hard for us to pick our favourite out of all of them.” 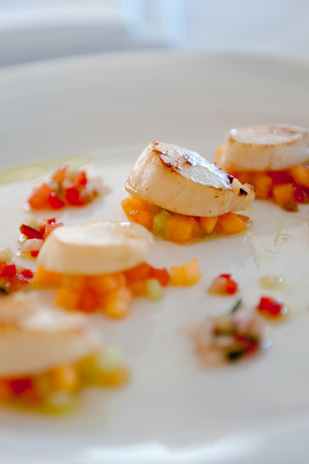 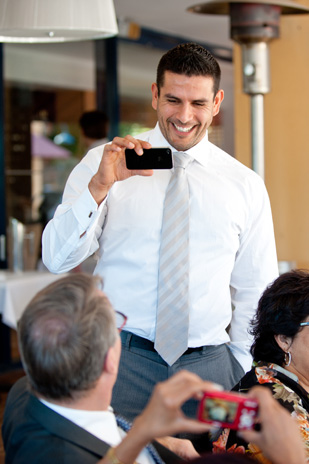 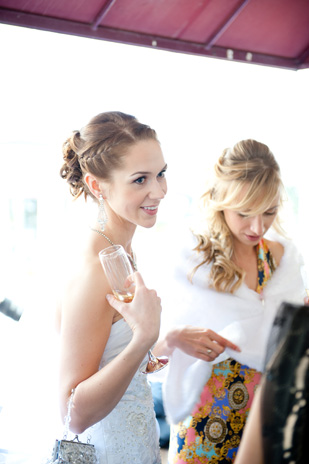 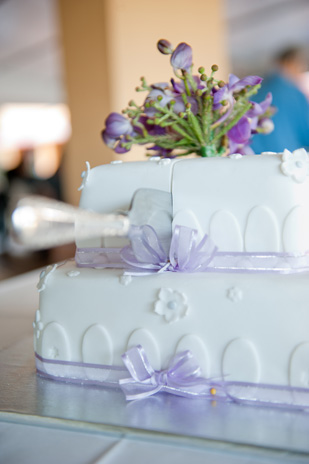 “We had a three-course meal, with canapes straight after the ceremony,” says Alina. “Everyone kept saying how delicious the food was, how amazing the presentation was and how well looked after they were. Wine glasses stayed full all day long!”