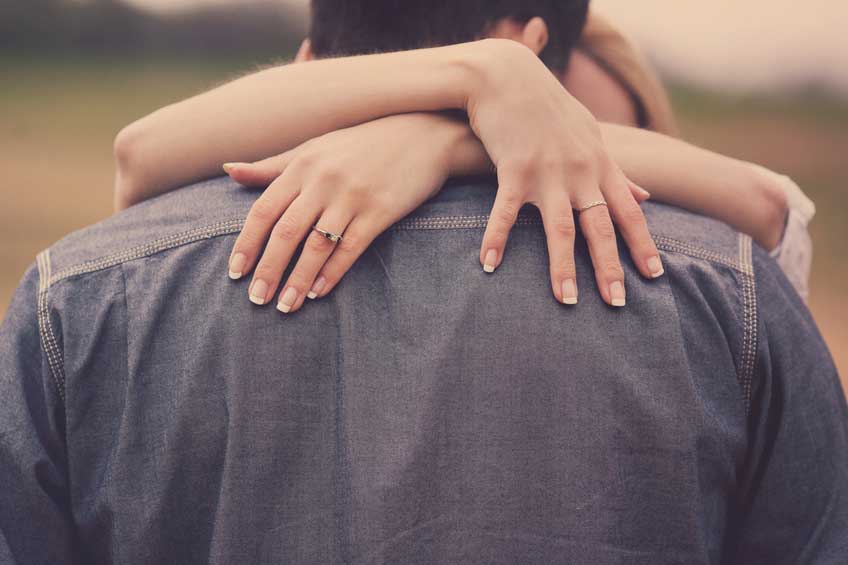 An engagement is something that alters your life irrevocably – in really beautiful ways. Some of them you expect, like the deepening of your love for your spouse to be while others simply sneak up on you. They can be a little unexpected but also fun, challenging, eye-opening and emotional. Here are seven words that take on a whole new meaning once you’re engaged. 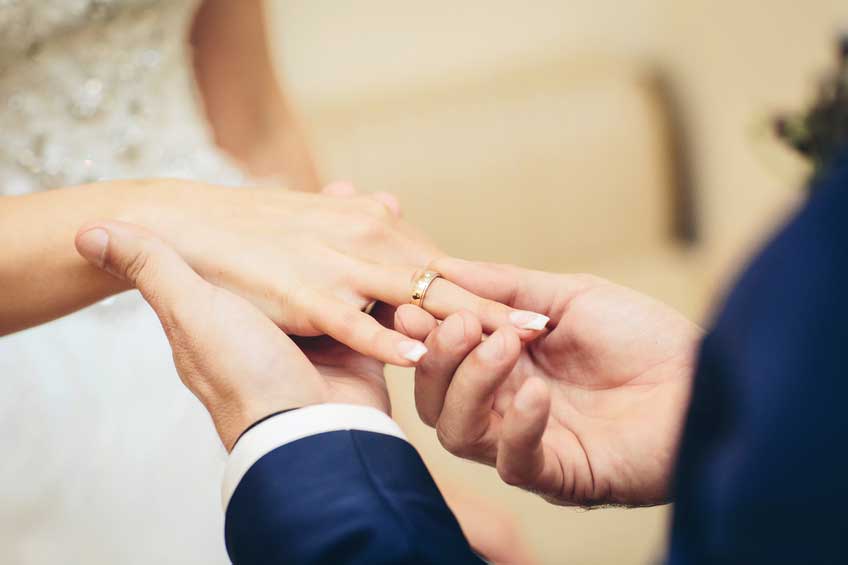 Rings are awesome accessories. And before you get engaged, they’re the ultimate fashion favourite, whether they’re complementing a favourite summer dress or drawing attention to a bold red manicure. But no ring can ever really inspire your emotions – or draw other people’s attention – like your engagement ring.

Whether it’s dainty and antique, or big enough to be seen from the moon, all your friends and family will want to see it. And let’s be frank, you’ll want to show it off, to share the excitement of saying yes – or popping the question yourself.

Then, of course, comes the wedding ring, which may be more simple in design but is infinitely more precious as the way you seal your pact to stay true to each other happily ever after. It’s a feeling you’ll be able to recapture every day with a simple glance at your left hand. And honestly, what bling could ever truly compete with that?

Some people live to make lists, be they grocery lists, wish lists, job lists or even bucket lists. And pre-engagement they can inspire plenty of feelings – be they frustration (will this never end?) or satisfaction (another tick!). But again, it’s an area of life to which your engagement will bring new meaning. After all, you’re not just putting together a guest list for any old party, you’re handpicking the people to share one of the most important days of your life. You’re not just compiling a playlist, you’re putting thought and energy into major milestone moments, such as your first dance as newlyweds. And you’re not just checking off a list of planning details, you’re bringing to life the vision of a dream day. Best of all, these engagement lists aren’t tasks you have to do alone; you have the perfect partner in crime. It’s just the first of many marital tasks you’ll complete together. And think about it this way – if you can get through compiling a wedding guest list unscathed, no list will ever throw you for six again! 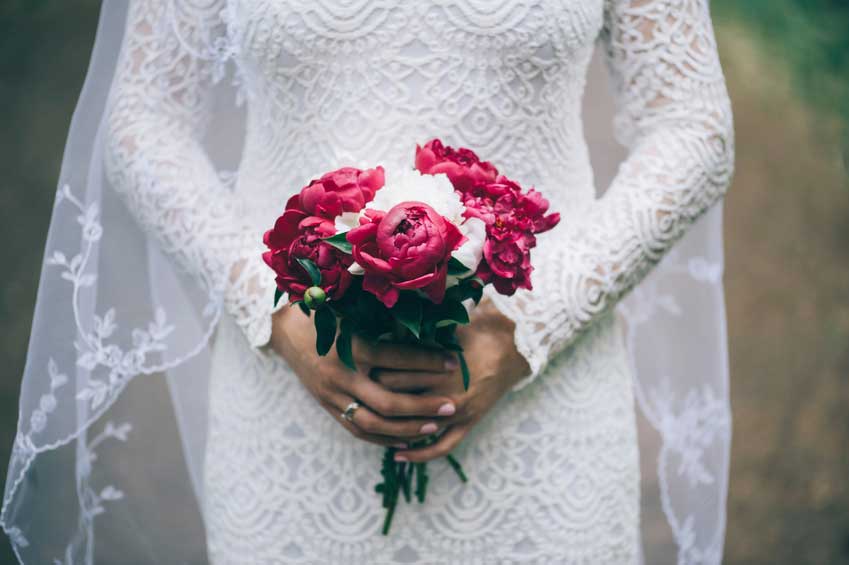 Maxi, mini, midi, tea-length, skater, empire-line, mermaid … There’s almost as many variations on a dress as there are women who love to wear them. But even those gorgeous red-carpet creations we ohh and ahh over at the Oscars will never hold a candle to the dress … the one in which you walk down the aisle. For brides, the journey to choosing their gown is one that stays with them forever. Pre-engagement you’ve probably framed your frock thoughts solely around styles you like and designs that suit. But the purchase of your wedding dress will turn the focus to what it represents. It’s the look on your mum’s face when you step out of the changing room. It’s the sparkle in your eye as you slip into it on your wedding day. It’s the look on your bride or groom’s face as you take that first step on to the aisle. The gasps from your guests will tell you the effect is divine. But while untrained eyes may see merely a gorgeous confection of silk, lace, taffeta or satin, you’ll know it’s actually love, emotion, heart and dreams come to life in the details of a gown. No dress before or after will ever make you feel more special. And that’s exactly how it’s supposed to be.

If you’re lucky, one of the perks of getting married is getting to know each other’s families better. Pre-engagement you’ve probably spent a bit of time together, and even developed a camaraderie, but an engagement and wedding planning requires that contact to step up a notch, from getting their input into the guest list to sitting down and working out a budget. It’s a chance to learn more about who they are beyond the surface and the superficial. For example, you might know which footy team they support, but now you can learn all about how they met their best friend while backpacking in America and how their own wedding and marriage has helped shape them into the person they are today. It’s a chance to make a friend of your significant other’s family, so that when you make your vows on the big day, you’re gladly marrying not just him or her, but everyone who comes with them.

Before you get engaged, the phrase ‘I’m having a shower’ tells people there’s a purpose at hand for the towel under your arm. Post-engagement, it’s an event at which nudity is probably best avoided. You see, among the many occasions at which women (and sometimes men) get to celebrate their upcoming nuptials is a bridal or hen’s shower. It’s where you gather with your nearest and dearest and dive headfirst into indulgence, be it a night of dancing and cocktails, a class at a cooking school, an afternoon at a day spa or an energetic (if you’re that way inclined) hike up a mountain. Whatever you do, it’s a day about YOU. And it’s part of what goes into making you feel like the most important woman on the planet – which, of course you are to your partner. So enjoy the fun, enjoy your friends and just know that from here on in, you’ll never again hear the word ‘shower’ without fond reminisces of how much you enjoyed your engagement and how wonderful people were. 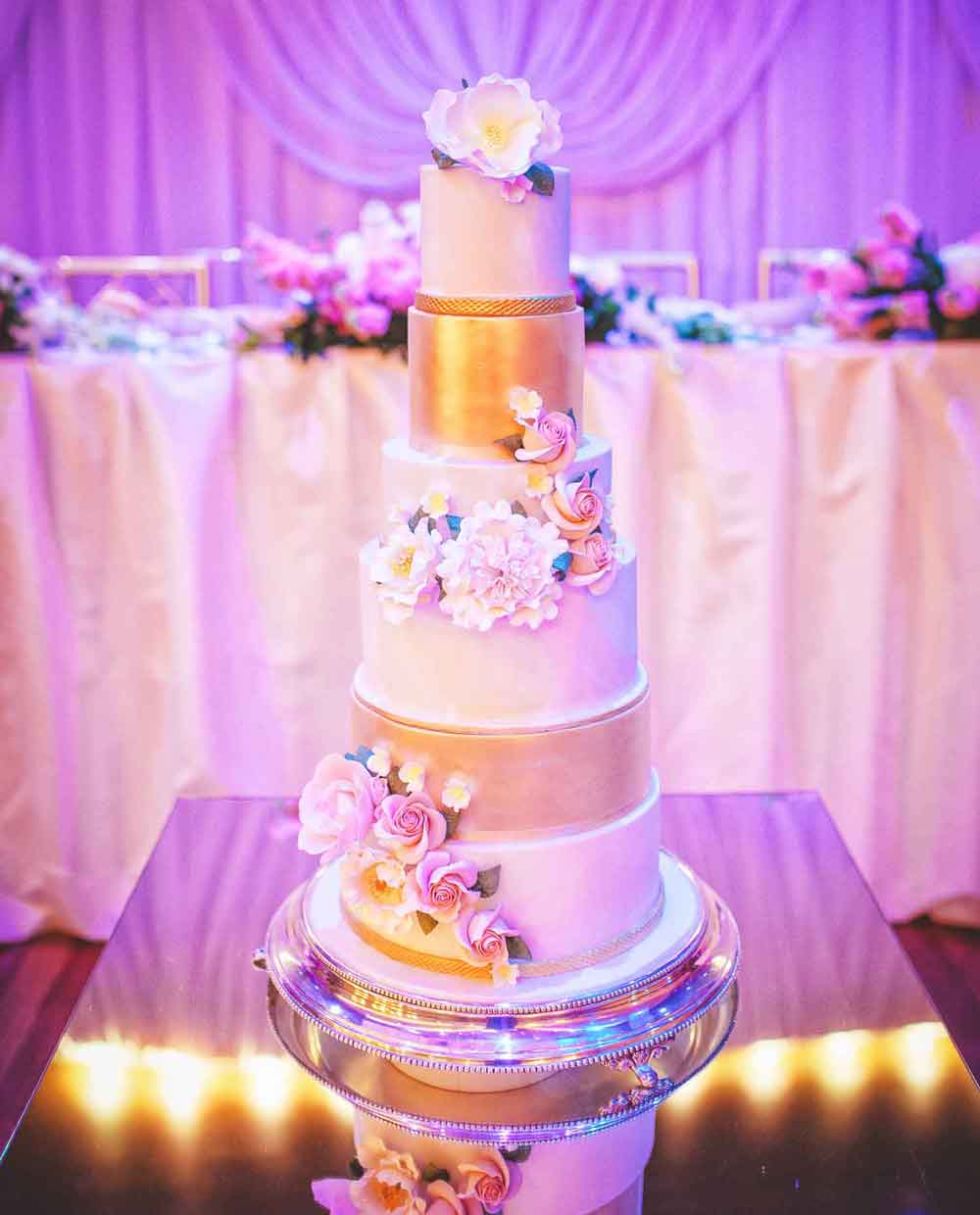 See cake. Want cake. Eat cake. It’s a pretty simple concept before you get engaged. But the journey of picking a cake for your wedding involves a slightly more scientific approach that will forever alter the way you view even a humble pound cake. For starters, it’s not just about look, it’s also about logistics. You need to feed a certain number of guests, so you need to pick a cake that will look great without costing the earth. You’ll need to find just the right person to translate your vision from the page to the pantry. And then there’s the taste tests, where you’ll discover there’s more types of sponge and icing than you ever knew existed. It’s all in the name of ‘research’ of course. At least that’s what you’ll tell yourself as you reach for just another try of the vanilla and lemon sponge. But at the end of it you’ll emerge an expert. And never again will someone be able to fool you with a store-bought sponge they swear they just whipped up that morning.

Squad is the current ‘in’ word for a group of celebrity friends, but we like the idea of stealing it for brides as well. After all, the people you ask to be your attendants will cheer you through your entire engagement, from addressing envelopes and setting up a gift registry to participating in the ceremony rehearsal and beyond. They no doubt earned that honour through a lifetime of friendship, kindness and memories. But your engagement will flesh out the dynamic in a beautiful new way as they help you narrow the possible bouquet flowers to three, scout out great locations for photographs or even cope with the odd midnight phone cry when things get overwhelming. It’s a time when they show you the depth of their friendship through action, strengthening your bond in a way words never could. It will create fab memories to look back on in later years … even the odd bridezilla moment.

Lastly, but not least, there’s one final word (OK two) that will forever transform. And that’s ‘status update.’ No longer does this refer just to telling Facebook what you had for dinner, or sharing an inspirational meme. Instead, it’s about evolving from girlfriend to fiancee to wife. Now that’s something worst posting about!

Need some wedding advice? Ask our experts anything you want here.