Picture this: You go for a truly personalised ceremony for your wedding by asking the best man, who you have known for years, to officiate as the celebrant. Then, midway through your ceremony, he commits the most imaginable faux pas in the history of time and proposes to his girlfriend – WTAF?! You may think this is the twist in a Hollywood rom-com, but this actually happened. In. Real. Life. Who does this? Who thinks it’s okay for there to just initiate random proposals at other people’s weddings?

Twitter, Facebook, Insta and every other social media platform you can think of has gone into overdrive since an anonymous Dear Prudence letter was sent to Mallory Ortberg at Slate.

“…We’ve done really well for ourselves and finally reached a point where we could afford a huge blowout wedding to celebrate our lives with everyone we know and love.

My husband’s best friend, “John,” was the best man/officiant. The setting was beautiful, everyone seemed happy, our families were overjoyed. My mom may have used the phrase hallelujah a few dozen times.

The entire atmosphere felt moving. So moving in fact that John stopped mid-ceremony to propose to his longtime girlfriend, “Jane,” and reveal her pregnancy.

I couldn’t even hear the vows my husband wrote or the rest of the ceremony over the noise of Jane’s happy sobs, her very surprised family who were also guests, and people seated nearby congratulating her.

Even the videographer cut to her frequently during the ceremony, and you can’t hear anything over the chatter. When John gave his toast, he apologized for being caught up in the moment and then proceeded to talk about he and Jane’s future with nary a mention of us.

During the reception, John and Jane became the primary focus of our guests. John even went out of his way to ask the band for a special dance for just him and Jane on the dance floor.

I’ve never been an attention hog, and I wouldn’t even have minded if he’d proposed after the ceremony, but weeks later I am still seething. I am so shocked and angry that I keep asking myself if this is real life.” 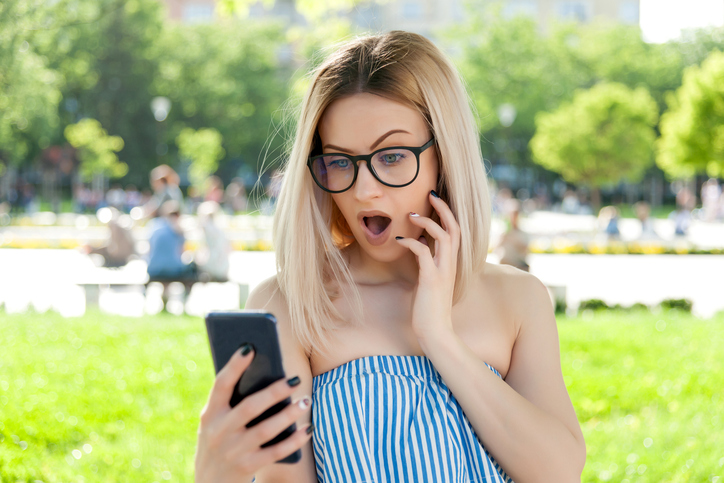 This is seriously not a situation you would come across at your average wedding, so everyone is weighing in their two cents on the situation… with sometimes hilarious comments.

Some of the best comments against John’s actions include…

“I see your petty retaliation and raise you, by stealing the secret name, (that you wrote over and over in your diary), you wanted to give your first child and bestow the name to my dog.”

“I would broke that shit up like Kanye did Taylor!! And No I ain’t gonna let you finish. Security would’ve been escorting them out. That’s beyond rude & tacky.”

While he did actually have some supporters…

“Seriously? People are really that shallow that someone getting engaged at their wedding is seen as some sort of insult? Wouldn’t you be happy for them?”

“To each their own, I’m not that petty or stingy for shine, that it would bother me. If one of my girls got engaged, that’s even more of a reason to celebrate.”

So we’ve gone through a fair few chat forums and social media pages dedicated to this dear John to see what the acceptable etiquette is. Not surprisingly, the overwhelming majority decided it was a BIG no-no.

But, for the purposes of balance, we will present arguments for both sides. 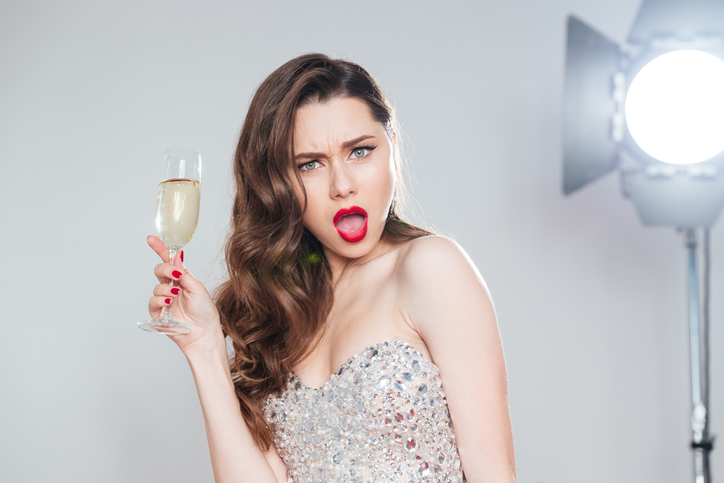 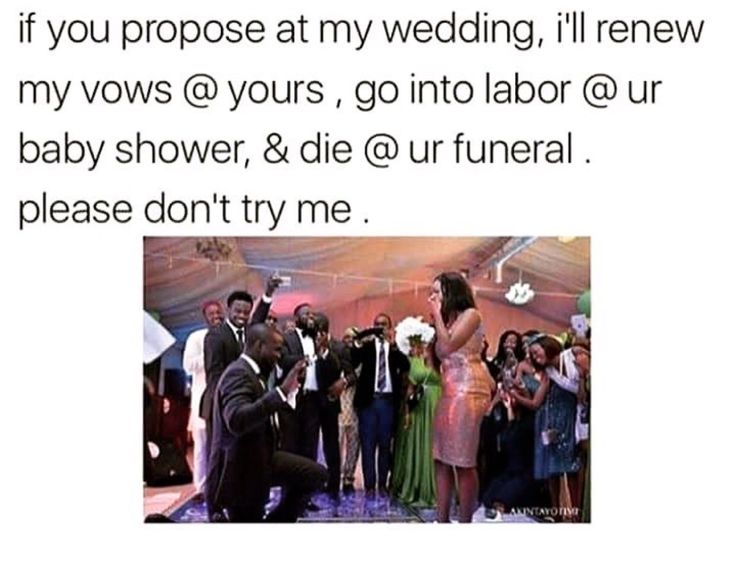 So people, no matter how badly you get swept away in the emotion of someone else’s wedding, this is the one time you need to bottle it up and pop the cork on that bad boy until later on when you have a private moment with your significant other. 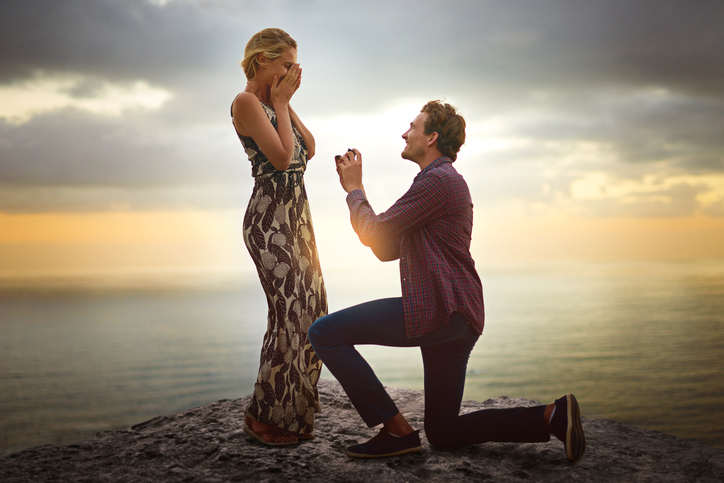 What are your thought on proposals at other people’s weddings? Comment below.