It is a common dilemma for women in opposite-sex relationships and on the brink of engagement. You love the idea of your romantic boyfriend finding a stunning location and presenting you with a sparkling diamond, however, you aren’t entirely sure that your tastes in jewellery are the same and you’d actually rather choose the ring yourself. 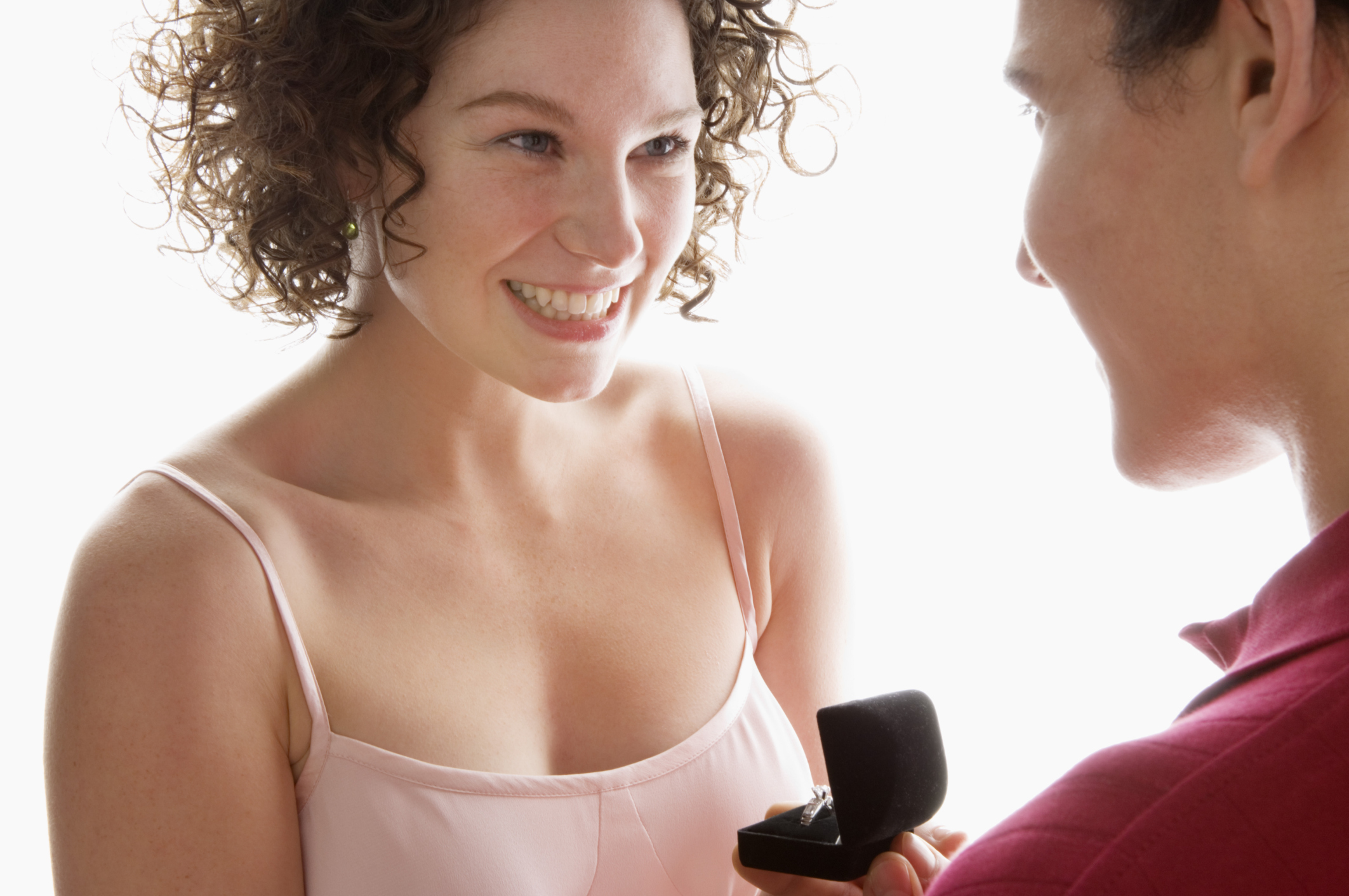 There are pros and cons of the groom-to-be proposing with the ring in his hand; here are a couple of them:

Why should he propose with a ring?

The most obvious reason that a man should buy the ring before he proposes is the romance factor. All the Hollywood movies show the leading man taking a delicate jewellery box from his jacket pocket and slipping the glittering diamond onto the leading lady’s finger. The ring is a physical symbol of the engagement, and being able to wear it straight away shows that the engagement begins immediately.

There is perhaps a more important reason that a guy should already have the engagement ring when he proposes. It is a tangible sign that he has thought carefully about what he is asking and has planned the proposal.

If a man has gone to the trouble and expense of choosing any buying an engagement ring, his bride-to-be knows that his proposal doesn’t just come from a spontaneous feeling that he may come to regret, but that he has truly decided he wants to spend the rest of his life with her.

Why shouldn’t he propose with a ring?

There are a couple of reasons that a man shouldn’t propose with a ring, and the first is that his girlfriend might not like the style and design he has chosen. There are many options when it comes to engagement rings, and women often have very specific ideas.

The colour of the metal is an important factor, as well as the type of stone, the style of setting, and whether the ring is modern or traditional. Some women prefer to choose the ring themselves; after all they will be wearing it for the rest of their lives.

The second reason that a man shouldn’t propose with a ring is that it puts a lot of pressure on his partner. If an engagement is expected and the proposal is just a formality, it’s fine to have a ring. However, if it has been a short relationship, or the proposal is a complete surprise, the woman may need a little time to get used to the idea and consider her answer.

Men take months if not years to work up to a proposal; it’s not fair to expect a woman to make up her mind in seconds. If the man is presenting her with a sparkling diamond, a woman will be under enormous pressure to say yes.

Is there a compromise?

Given the different views on whether or not a man should propose with an engagement ring, many people are looking for a compromise. It is know quite common for a man to buy a relatively inexpensive ring for the proposal, and then for the couple to go shopping for the actual engagement ring at a later date.

This is a good arrangement because the temporary ring still gives the romantic edge, and shows that the man has thought about the engagement, but the bride only wears that ring for a short time and can choose her own style. As the man hasn’t invested a lot of money in the temporary ring, the woman isn’t under so much pressure to say yes.